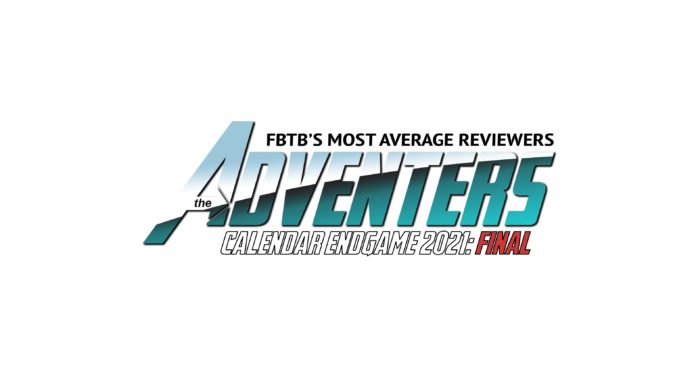 Well, that’s another year in the bag, a whole lot of little calendar flaps opened, and a few snarky jokes made to cover that we have no idea what some of the things are that were made. Our final tallies were…

What a good calendar! 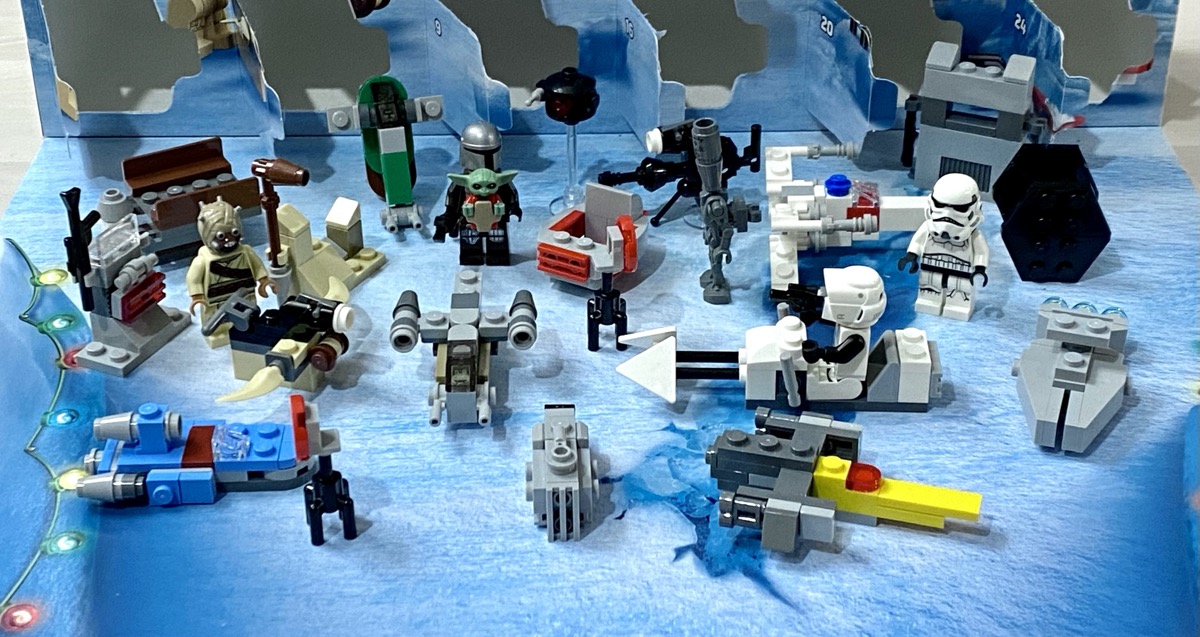 I’m writing this whilst still in the afterglow of Day 24 so it may be influencing my final opinion here but numbers don’t lie: the calendar was 66% thumbs up and 33% thumbs down. That is what I would consider a landslide victory (or an ‘avalanche victory’ if we’re to keep with the snow theme).

Star Wars calendars is consistent in their formula: paired days, micro ships, minifigs, and weapons racks. There were some really enjoyable micro ships with the Razor Crest and TIE Fighter immediately coming to mind. The X-Wing seems to be mainstay and that’s just fine I guess but I do wish they would change up the build a little to make it a little different and not a regurgitated model from the past. The weapons racks are a real drag and I think are just a way to use and get rid of table scraps and the pieces that fall to the design lab’s floor. They just suck the life out of a calendar and kill any momentum that’s built up. Shockingly, the worst build wasn’t a weapons rack though. That honor goes to the pair of stop signs from Day 5. You may think these are targets for target practice, but I’ll fight you on that one.

This year’s calendar ended with a bang, and not just one but a series of them. Having not only one exclusive minifig with a holiday print, but having two? And having one of them be Baby Yoda? Certainly there’s a level of fan service here but it works. The Mandalorian is still the best thing to come out of the Star Wars universe since Rogue One. And since we’re going this year without a Season 3 of the show, this calendar just so nicely fills that void.

This is still my favorite moment of the Advent builds:

I carried all three of my kids in Baby Bjorns and yes, I too sported an Amban phase-pulse blaster. So combining the last couple of days into this really made me nostalgic and hit all the right emotional buttons for me. Sadly, I doubt any future LEGO Advent calendar will be as good as this one but would love to see them try.

What a bad calendar!

I mentioned this way back on Day 1: this theming makes no sense, especially when Harry Potter has such great Christmas scenes and moments. Everything about this calendar seems like a second thought or just some way to fill a quota. It’s not inspired in any way, and is far, far below the absolutely brilliant 2020 Harry Potter calendar.

Not to mention the minifigs, which generally are the main pulls of the calendars. These minifigs are weak as hell. Yes, we get an exclusive Harry Potter and Dudley Dursley figure, but the other three are essentially the same, with heads and hair that’s recycled. We don’t even get a cool minifig, like Hagrid, Dumbledore, or Snape. We get Ron, Hermione, and Malfoy. Probably the three minifigs that are the easiest to get ahold of.

At the point that a Christmas tree showed up, it was insulting. “Oh yeah, this is a Christmas set!” I know Nick isn’t crazy about his calendar (see below), but miles above the Harry Potter calendar.

It’s so strange to me how you mess up a Harry Potter Christmas set. Marvel and Star Wars have basically nothing to do with Christmas (save for Iron Man 3 and the Holiday Special), but the other calendars do such a better job than this one.

The board game is an interesting idea, but it pretty much sucks all of the surprise out of each day when you lay out a sequence of scenes. We move from Privet Drive to Gringotts to Hogwarts…there were absolutely no surprises in here.

I love this new theme of LEGO Harry Potter, but I’m extraordinarily disappointed in this year’s calendar. I hope LEGO really steps it up next year, or I may not end up reviewing it.

So… that was a thing. What a weird thrown-together calendar. We end with an even mix of good and bad. Some of the good was being charitable, some of the bad was more because it didn’t fit, not because it was actually bad. We got two fantastic minifigs in this calendar, though, and some great micro builds.

The weirdest thing with this calendar was just how bad the instructions were, even for the one-panel calendar build. The EDITH drone early-on should have been in a stud, but I built it wrong intentionally because that’s what it seemed to show in the picture. The tree? You can see it above… it’s meant to get the infinity gems on the little puck parts and the gauntlet placed on top.

It looks better that way, but it’s still frustrating that two days are wasted on that thing. More than that, the only way you know that they’re supposed to go together like that is by looking at the back of the box, and the one picture that shows it down in the corner put together like that. No Hulk or Captain America hurt the Avengers calendar more than anything else… I could have done without Thanos to see one of them included. As great as it is to see Nick Fury, too, I would have rather seen a full lineup of Super Heroes in the mix.

This was an interesting start, and I do hope they continue it in future years, but hopefully, they do something more to tie the whole thing together so it doesn’t feel so “thrown together” like this one did.

Thank you, dear readers, for sticking with us on yet another journey of Advent calendars. We’re already thinking of ways to change the formula up for next year and hope you’ll join us then.