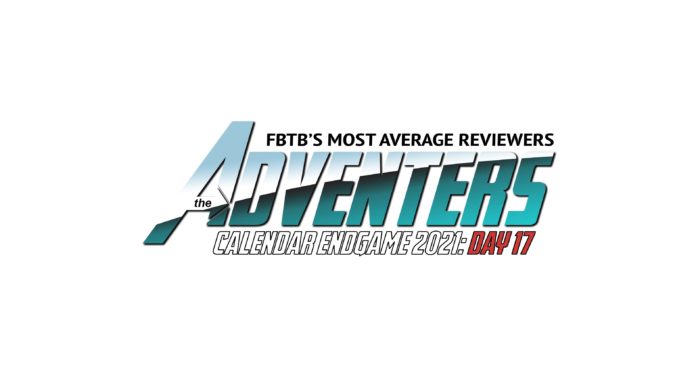 Ace here, I feel like Star Wars is on its downward spiral. But I’d say it falls no further than second place because reading Eric’s write ups on the HP calendars makes me feel bad for him and every other HP fan out there. Still, it could become a Hogwarts miracle and really go an on upswing. 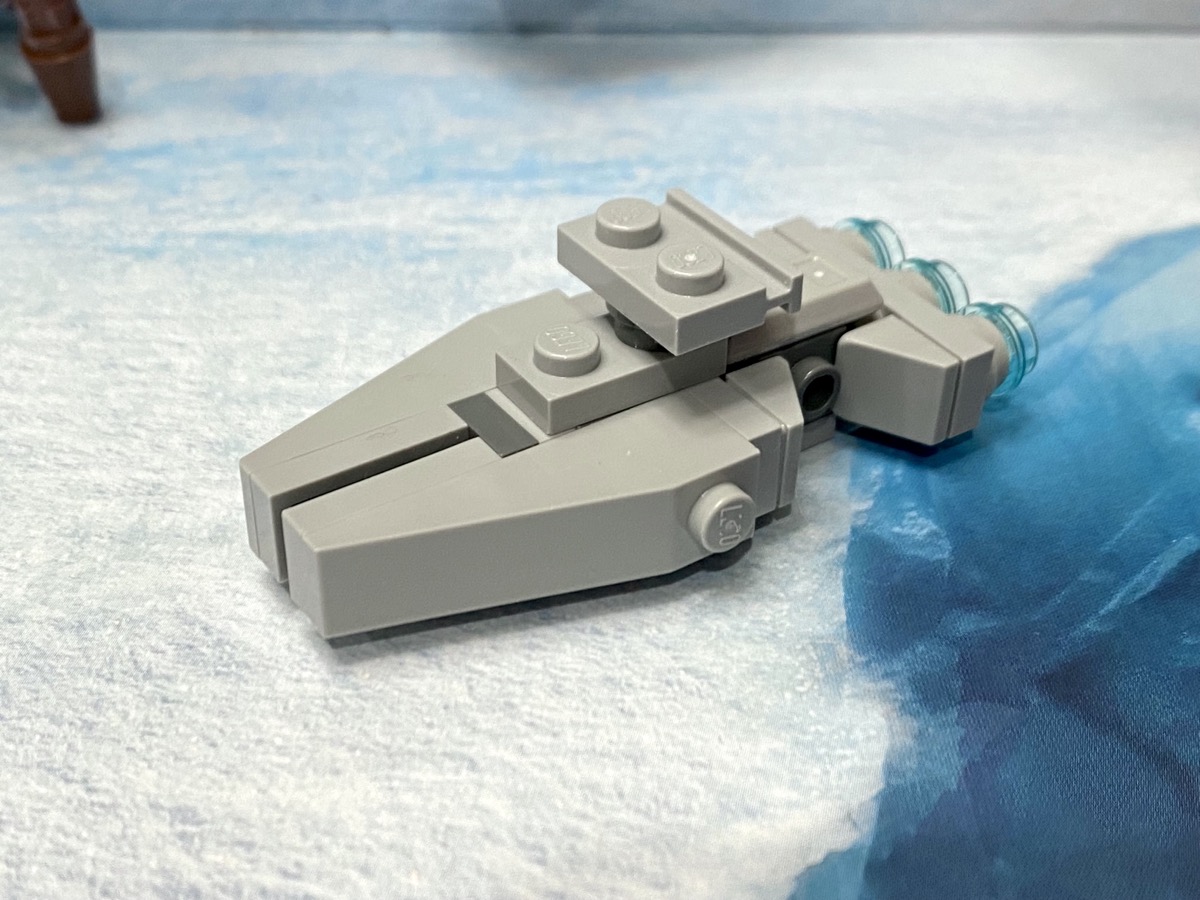 This is Gideon’s light cruiser and boy howdy did the designer do a bang up job on this one! It’s got the slit on the front and I am obligated to point out how no System-scale A-wing has ever accomplished a physical notch in the front the way this model has, or last year’s Advent Calendar A-wing for that matter. Winner winner womprat dinner! 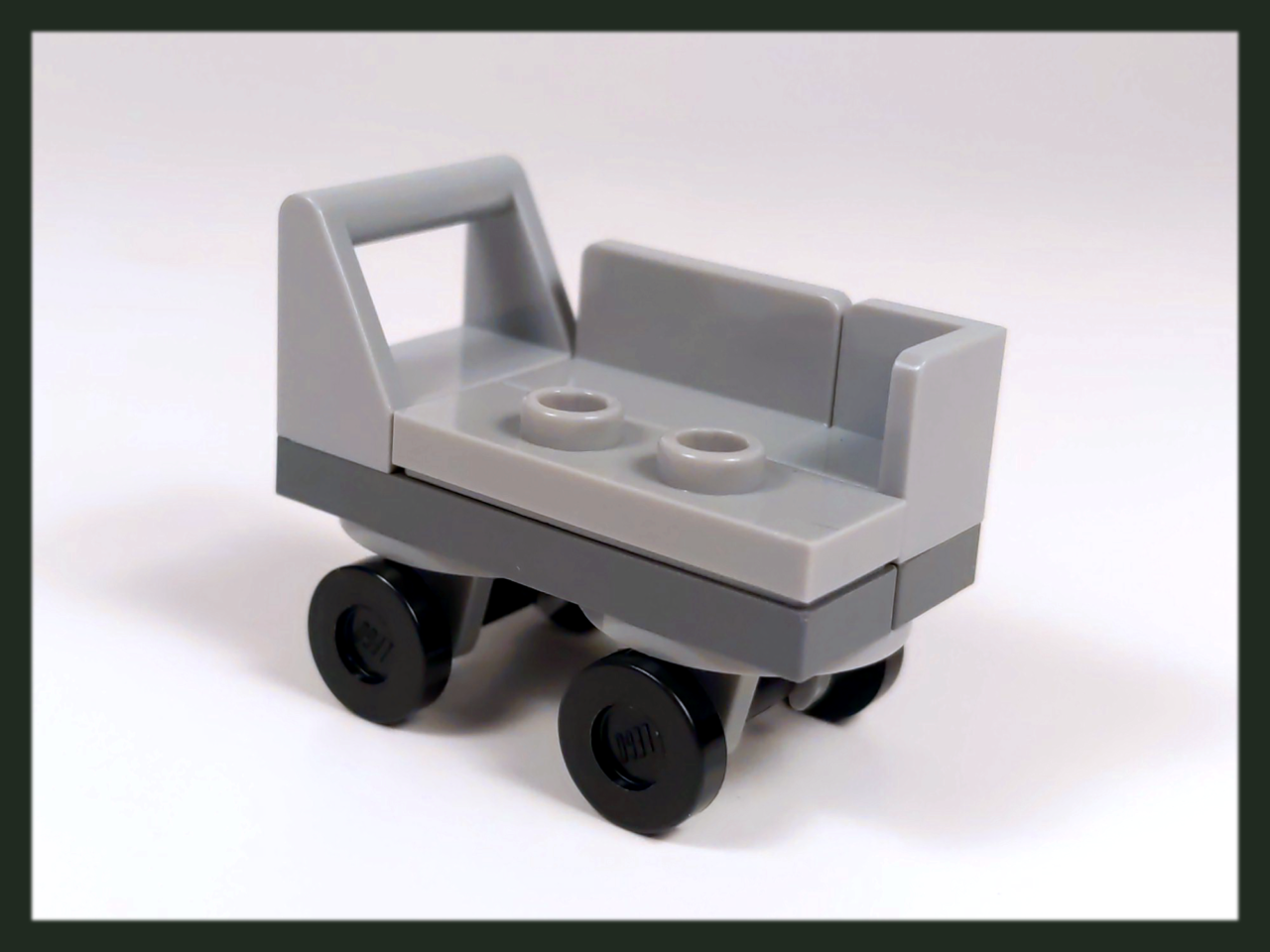 Well it’s better than what we’ve gotten. A little cart, likely the one used in Platform 9 and 3/4. I feel like we haven’t seen this many pieces in days, so it’s a nice change. This one also combos with Day 15’s build: 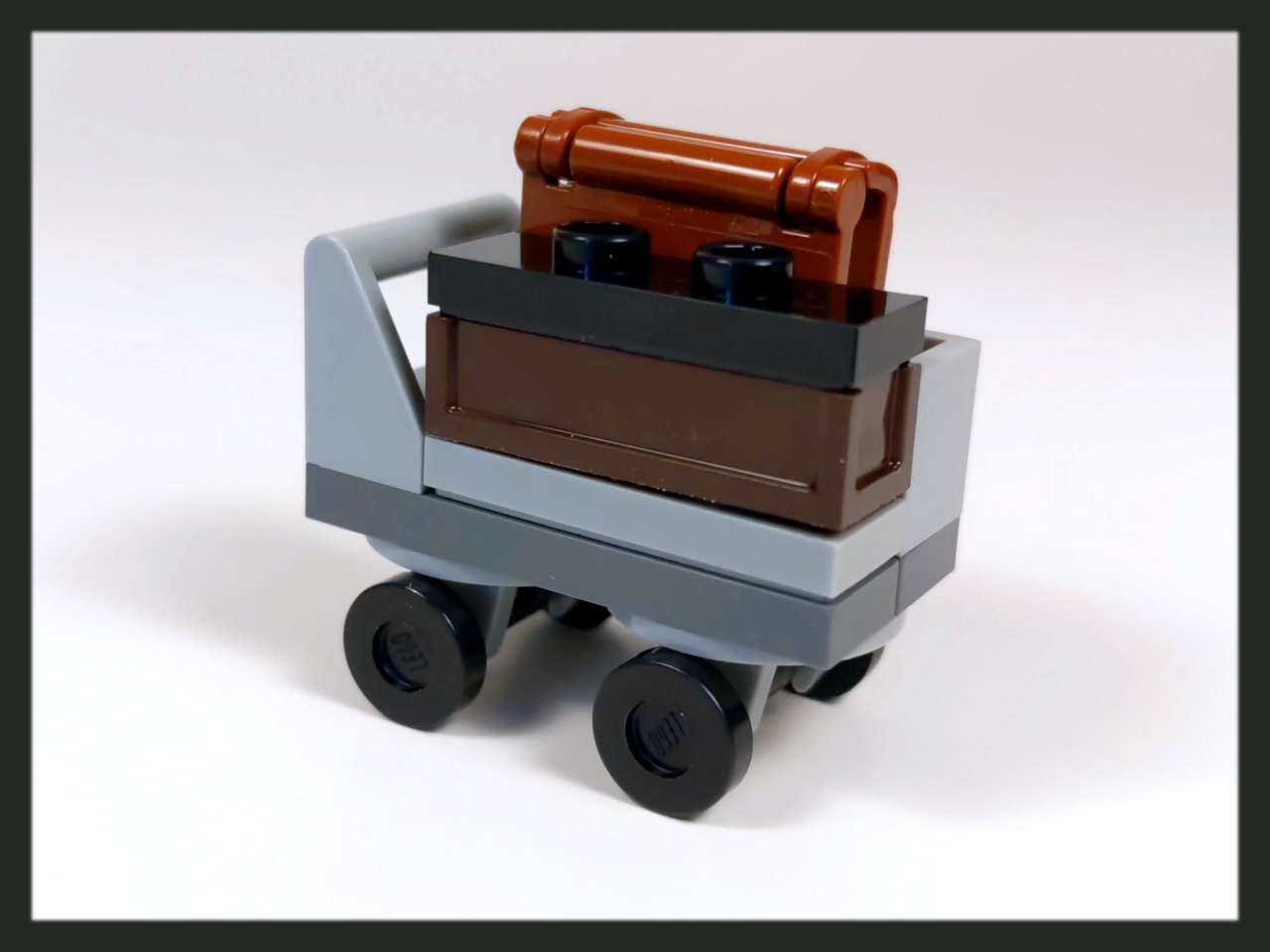 Which is something. LEGO definitely could have put these two days together and given me something more substantial for sure. Maybe I’ve just been beaten down so much, but I have no problem with this build, so a hit it is.

We were talking about this on the Discord in one of the previous release days, but there’s only a handful of iconic “ships” when it comes to the Marvel Cinematic Universe that you can really put in here. Or really, Marvel comics as a whole. Marvel has always, always, traded on its characters more than its stuff. There’s no analog to all of the “Bat-” stuff, Wonder Woman’s invisible jet, etc., on the Marvel side that has the deep iconic side.

You’ve got the Quinjet, the Milano, the Helicarrier, and… that’s kind of it? We’ve got no Guardians in this calendar, so, now we have all of this. The Quinjet is also a weird vehicle in that it’s also one that I very much like the older versions more than the newer iterations of it. I’ve never liked how fast technology moves around in these movies in general when it comes to military/para-military orgs, and this is certainly one of them. Still, as a micro build, this is just fine. I think it could be better, but it’s still a hit.