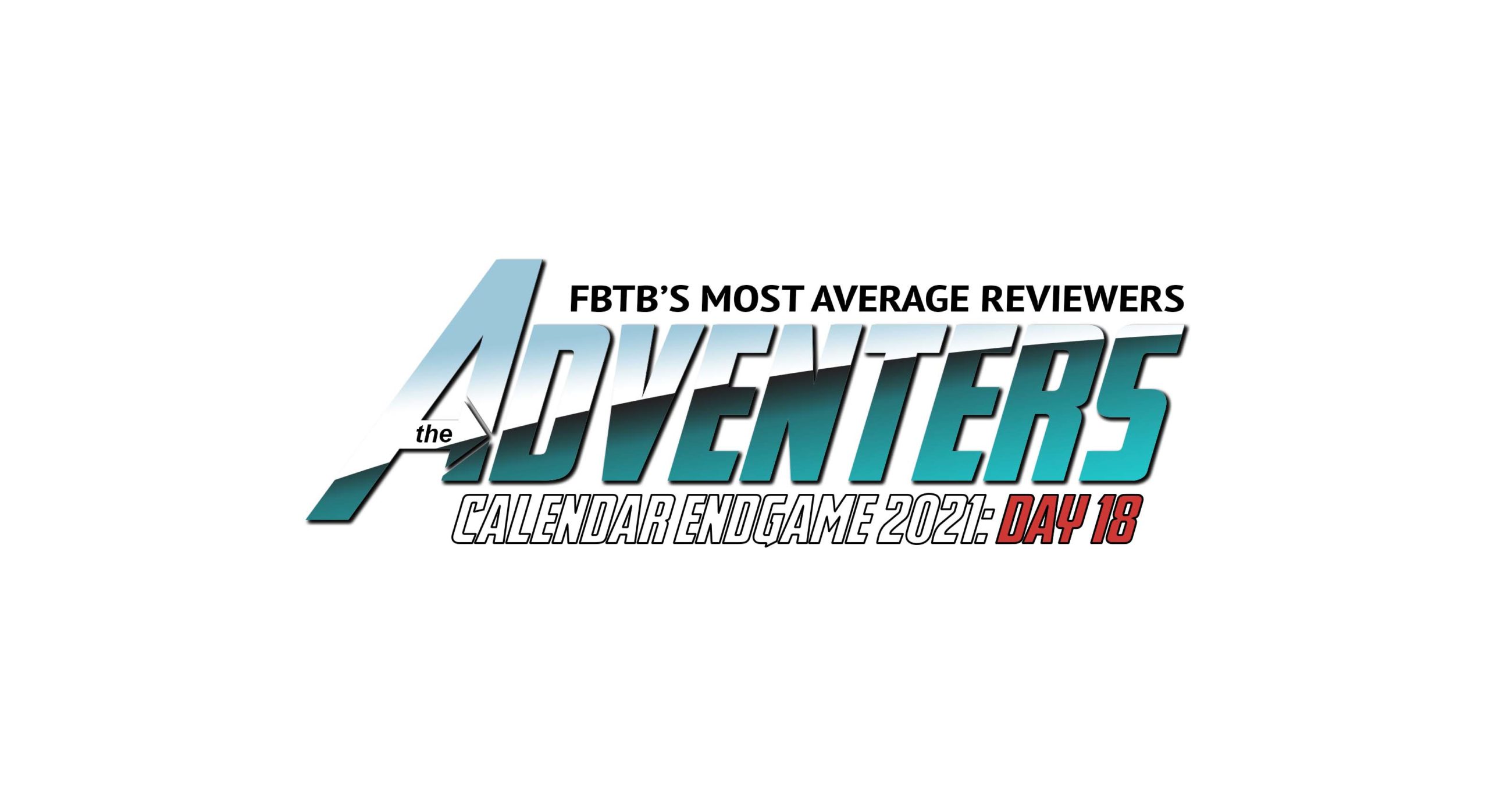 This is about the time in the calendar where I’ve run out of creative ways to write this little blurb. Was it last year or the year before where I told the story that I nearly died. Yeah, that was a fun year. It’s up to you figure out which year I’m referring to. The numbers:

HP and Marvel couldn’t be more similar in their scores. Meanwhile, SW is cruising to the stratosphere. 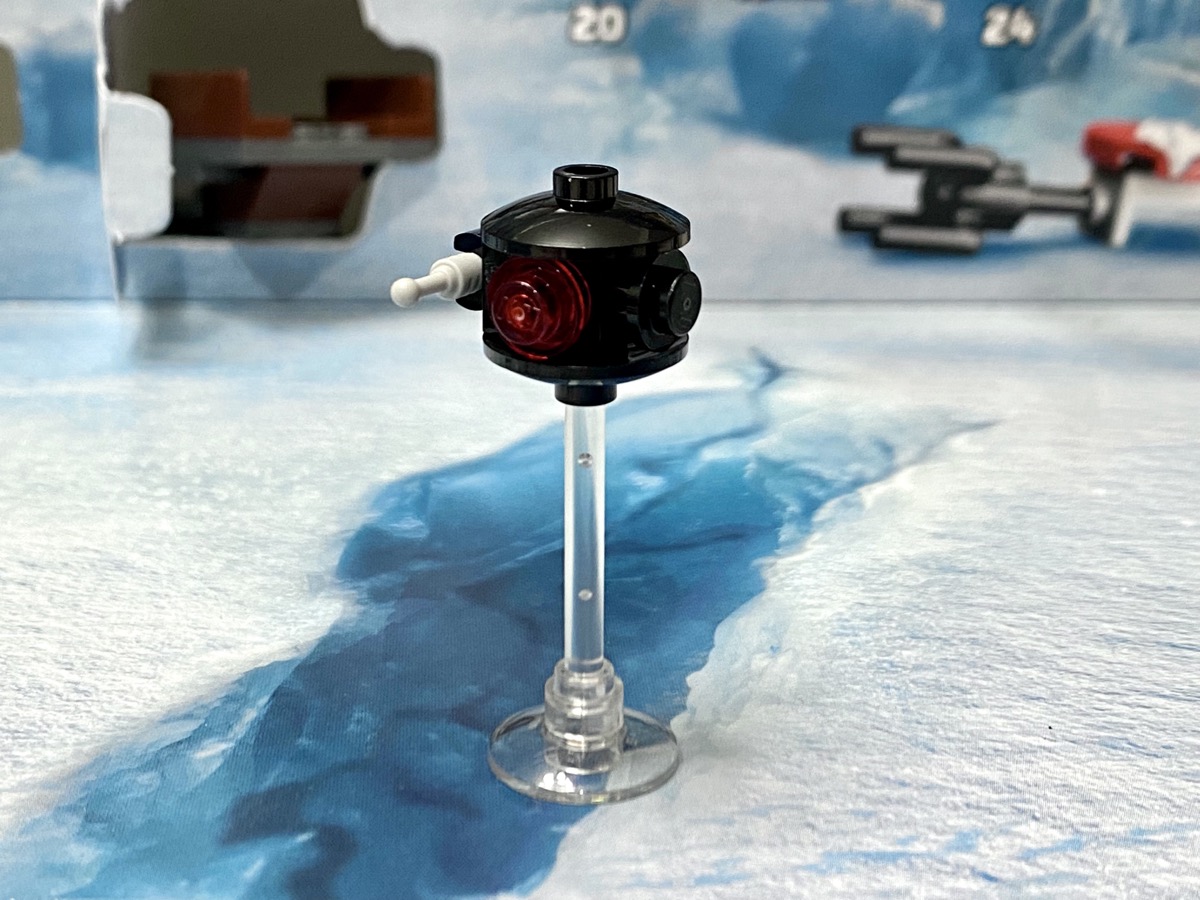 *squints at it*… I think this was in the show. I think it’s supposed to be an Interrogation Droid judging by the hyperdermic needle clipped onto the side, like a droid equivalent to a pencil behind the ear. I just can’t recall where in the show this was shown. I want to say it was about to stab Baby Yoda before Mando dropped kicked it into a wall. Eh, in any case I’m not about to go scrub through the show to find it. The Interrogation droid is supposed to be much more sphere-like than this thing. This thing sucks. 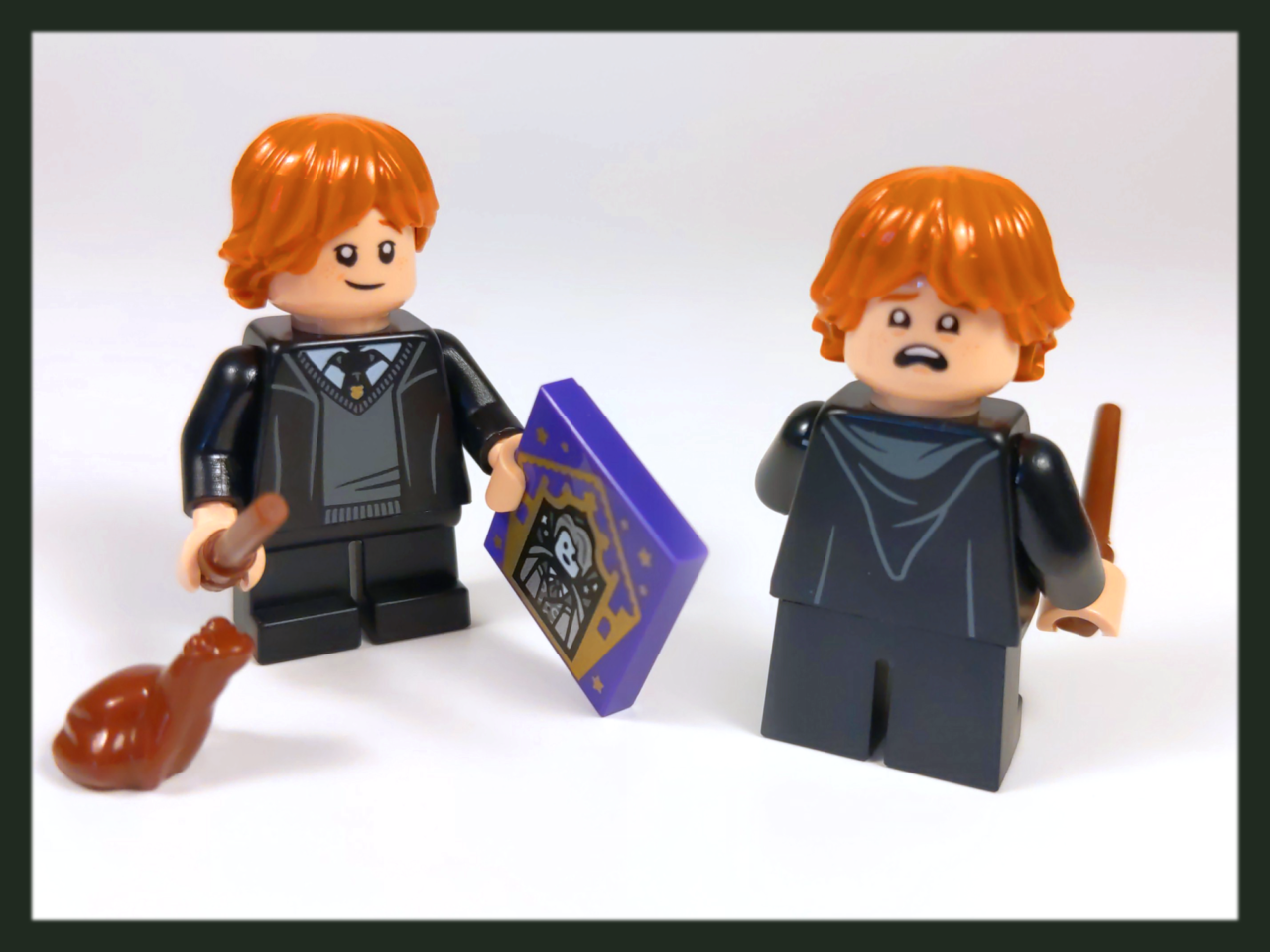 It hate to say this, but it wouldn’t be a Harry Potter Advent Calendar without Ron Weasley. This isn’t an exclusive figure, so points down for that. Also, canonically, the outfit’s wrong. If we’re on Harry’s journey to Hogwarts, currently we’re not even on the train yet, which means Ron isn’t in uniform. The students put on their uniforms towards the end of the train journey, not before. But I guess that would mean LEGO wouldn’t be able to recycle a figure, so why bother. Why bother? Because this is an unprecedented minifigure miss! Boo LEGO. Do better next time.

Another great figure to get, another that I’m going to knock for the same reasons that I did Black Widow and Captain Marvel – they didn’t do anything to get him to fit the theme. Technically, this version is “exclusive” to the calendar. But what makes him exclusive is the hat, which isn’t all that exclusive of a part. There are three different variations of this figure now. One with a hat, two without, where one has a tiny printed line across his junk to signify a shirt line or something and another that doesn’t (like this one).

I like getting Nick Fury in a set, but like the other two, calling it a miss because he doesn’t fit the theme, and they didn’t even try to give him something that makes him fit it here.