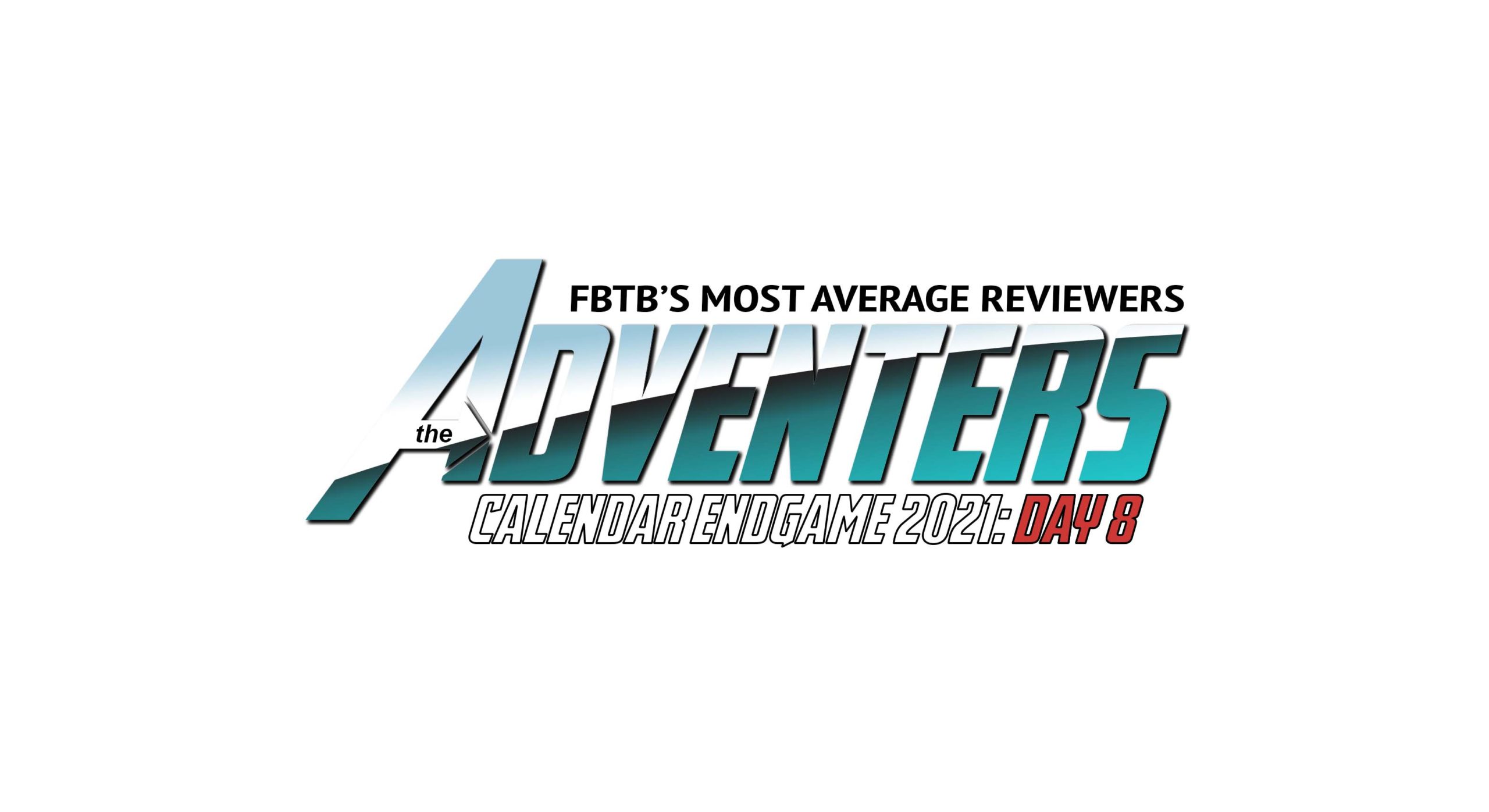 Looking at the numbers below, you’d think that HP was the Upside Down world of Star Wars. Let’s see if things don’t improve some for Eric. 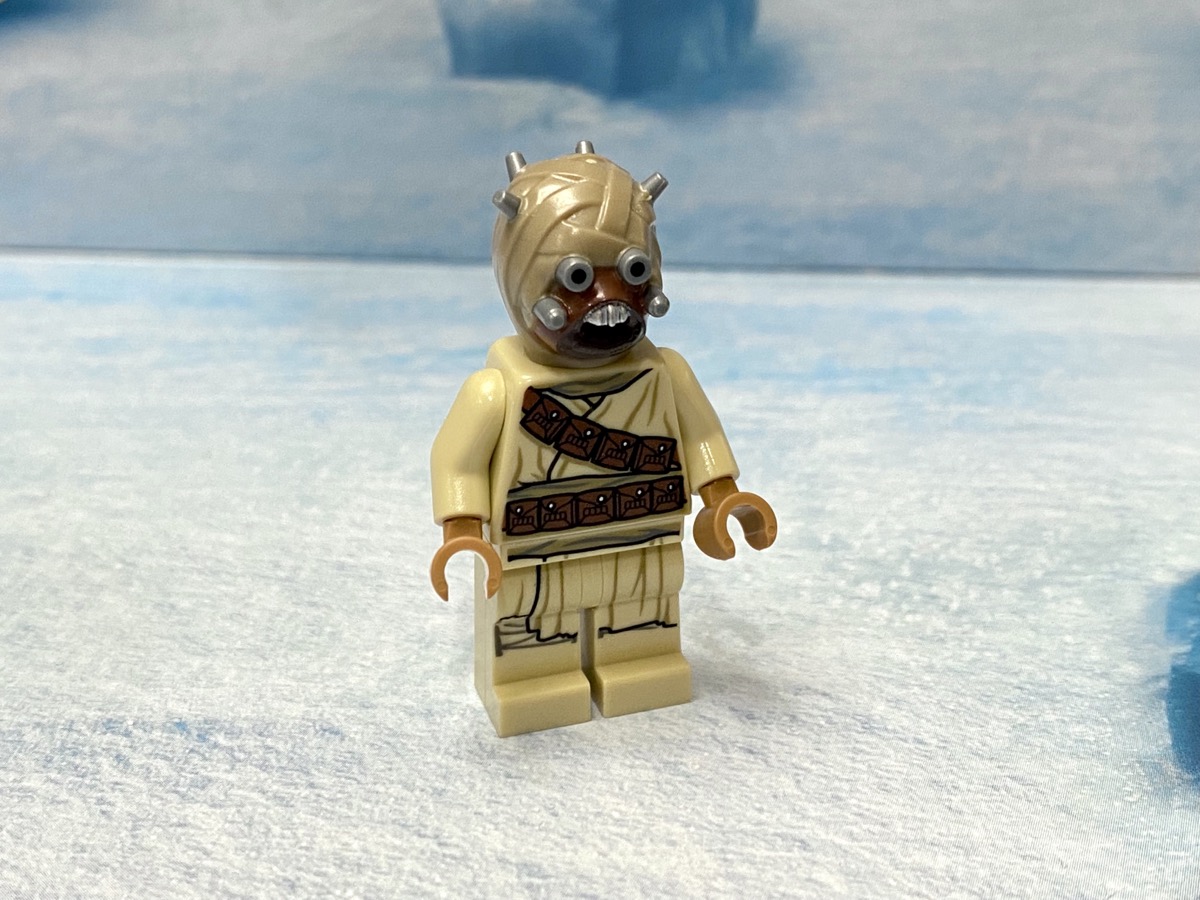 Everytime I see a Tusken Raider, this is the only thing that plays in my mind:

The figure comes accessory-less like the Stormtrooper from Day 3. And if history is going to repeat itself tomorrow should see some sort of heavy weapon modified to fire snowballs for the Tusken.

I love the molded head. But I can only imagine how HUGE it would be if it were a helmet style with a regular minifig head underneath. It would be both comical and horrendous at the same time. /me stares at Iron Man. 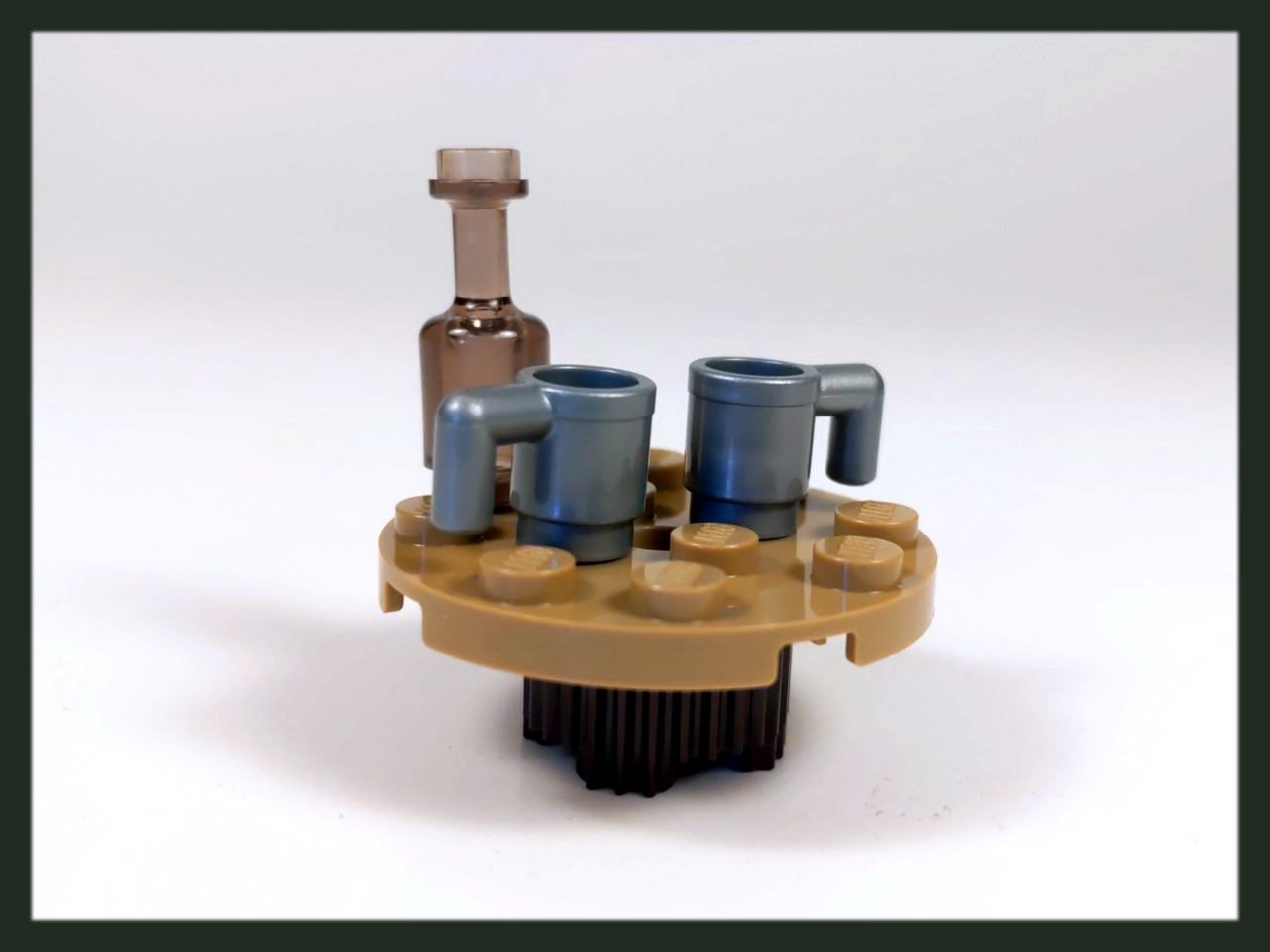 Still in the middle gunk here. Today we get…a 5 piece table! This one’s about as rough as it gets. Like, we’re in a bar. Give us a bar or something. A keg. A longer table? Something else. Feels like LEGO is checking off boxes here.

Is there a gift shop in Avengers tower? I mean, one has to assume that a good portion of their funding actually comes from merchandising revenue and licensing rights. There has to be whole multiverse universes that are actually just fictional shows broadcast inside the MCU. Steve the Musical couldn’t be the first. You know there’s like a whole Tony Stark channel.

Which means, I guess, that you’re going to need a gift wrapping station. Of course, I also think i just put in more thought to this inclusion than anyone involved in the actual production did. I mean, by itself, I guess it’s fine. If this was the City or Friends calendar, I’d probably call it a simple hit. But this is the Avengers calendar, and I have no idea why this is here. So it’s a miss.