Did you realize that battle packs have been around for seven years now? Â I’m actually kind of scared to count how many of the things I’ve bought, because they’re just easy. Even when a pack isn’t all that great, sometimes it’s just fun to crack open a set and build something (like that Assassin Droid battle pack from a few years ago). Of course, one of the biggest problems is that it’s just been years since the promise of those original battle packs, with their regular rank-and-file Stormtroopers and Rebel Troopers, were the kind of thing you could buy a bunch of to build an army.Â

This has been especially problematic with clone troopers and battle droids. Yes, there are some special colors and commanders, but in the movies, even in Episode III, it was all of the regular troops that were there to blast things and get shot. Sadly, we’re still waiting, as both of the Episode III battle packs this year only include special troopers, Utapau 212th Clone Legion and the Kashyyyk Troopers under Gree and Yoda. So, orange and green, but no plain white in anything other than the Microfighters Clone Turbo Tank.

I wouldn’t normally get (as) hung up on that fact if there wasn’t a brand new Clone Trooper Phase 2 helmet, and suddenly, my colored troopers look different from everything else. I’ve mixed/matched before, but it’d be nice to have a better source of regular clones. Instead, we get the guys that tried to off one of the few competent Jedis (Obi-Wan), and not even the commander. But hey, it’s a $13 set that gives us four troops and a droid, so it can’t be all bad… right?

This is the second orange-colored trooper we’ve gotten (the last ones were in 7913 Clone Trooper Battle Pack, which I always called “Ice Cream Clones”). The troops on Utapau actually did have orange marks on their armor. The reason for the markings were never really made clear, so I asusme it’s either to prevent getting shot by other hunters or because they needed camouflage for hiding in a Home Depot.

There are two varieties of troopers, regular Clone troops and a couple of Airborne troopers. I’m Â not exactly sure what makes them airborne, given that they don’t have jet packs, parachutes, or glider wings, but you hey, why not. All of the troops feature new helmets, the regular clones the new Phase 2 helmet that is all over the early sets, and the Airborne ones with a new design entirely.

They also feature the new blasters, which shoot a 1×1 stud (in blue here), and come with plenty of extras. The action on the blaster is pretty good, but they’re so big that they look weird (and not at all like a typical trooper weapons). For now, the blasters seem to be confined to battle packs, but I can see them showing up elsewhere. 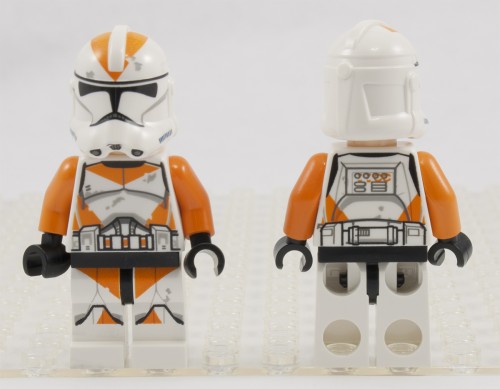 I actually dig these guys, and like the overall design a lot more than the Ice Cream Clone we had before. The printing of damaged armor adds a slight bit of flavor to it, and the general printing design fits well. I didn’t bother to snap a picture of the head under the helmet, because that hasn’t really changed, but the rest is all fairly new. The new helmet mold looks better than the original, overall, but I do have one knock on it: the chin reveals the flesh tone for the minifig head, and it tends to look incomplete. Since all of the figures include faces, I’m not sure there was a good solution to it, but it does look weird at first. 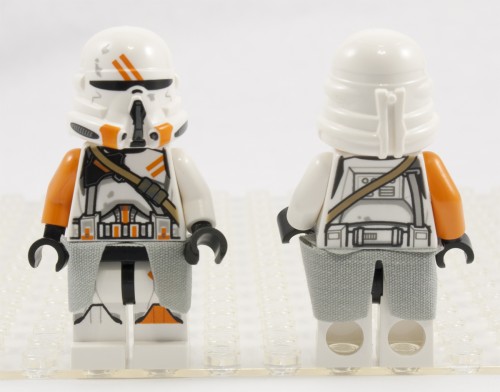 Our airborne buddies feature a nice little skirt (yes, I still know it’s called a kama, but skirt is funnier) in grey fabric. The cutout is weird, and it took a lot of practice to get it to align properly. I left the one on the right above off slightly, since that seems to be the natural position it wants to go unless you do a lot of tweaking.

The helmet here is a modified version of the clone helmet above, and looks more like a Mando / Stormtrooper fusion than anything. It’s actually kind of cool, and I’d love to see one without the color printing put to great use as a mercenary helmet. One thing to note on all of the new helmets is the lack of peg notches to attach gear. The printing for these guys is likewise different, with shoulder pads and straps, presumably to attach the airborne stuff not included in the set… 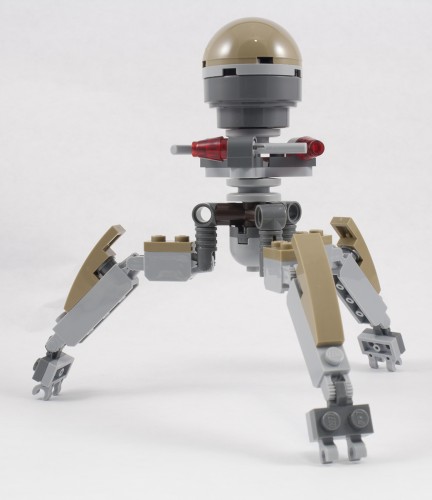 Because LEGO doesn’t make action figures, we also get a big droid, which Lego calls the “Octuptarra Tri-Droid.” These were apparently seen in Episode III, but I can’t remember it. Based on the screenshot I saw, it looks like they were in the hangers for part of the chase, so we’re probably looking at an Imperial landing Ship sort of thing that exists on screen for a few seconds. 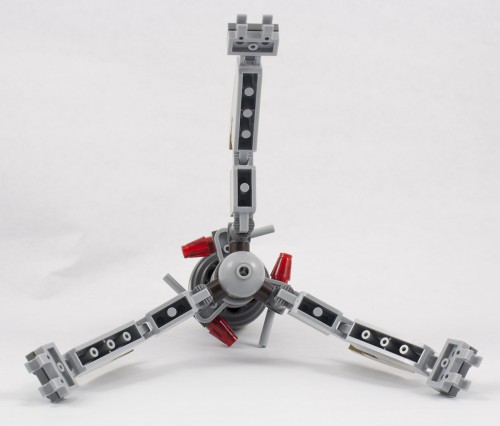 Outside of a breathtakingly silly name, it’s a fairly simple little droid. It’s just hinges for legs with some hinges on the bottom, and perhaps the most unwieldy weapon that’s ever graced Star Wars. I mean, putting your missiles on a little stand like that is basically like designing your attack machines on the Ground Blooming Flower firework. I guess light, then get away? 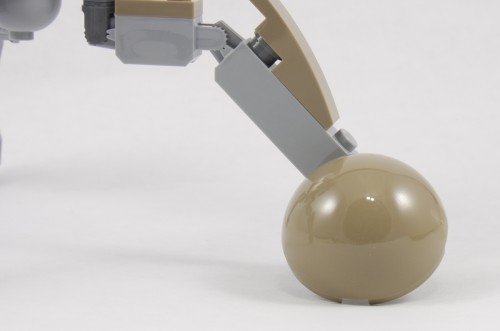 We do get some nice dark tan parts in here, notably the 1×4 curved slope and the smooth dome. There aren’t a lot of parts to the droid, as the pack only comes in at 83 parts. It’s a battle pack though, so it’s not all that surprising. The droid itself isn’t a bad little build, and it’s nice to have utility to it to add to a battle pack.

There’s not a whole lot more to add to this thing. We get three battle packs this year, and this one is probably in the middle for value. On sale, this becomes a great little set, but I don’t see buying all that many at full price. It hits $10 or so, though, and you can’t go wrong at filling in your 212th Battalion to try and execute Obi-Wan for riding a big lizard.

Verdict: 3 out of 5. On a decent sale, this is a fine battle pack.Â You can order 75036 Utapau Troopers on Amazon.com. This set, and the rest of the early-2014 Star Wars sets are scheduled for release on March 1st. 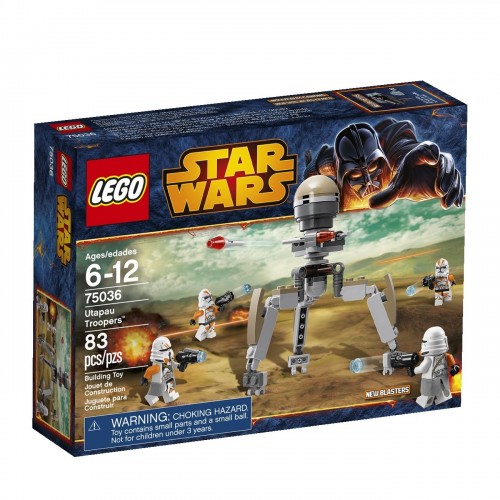