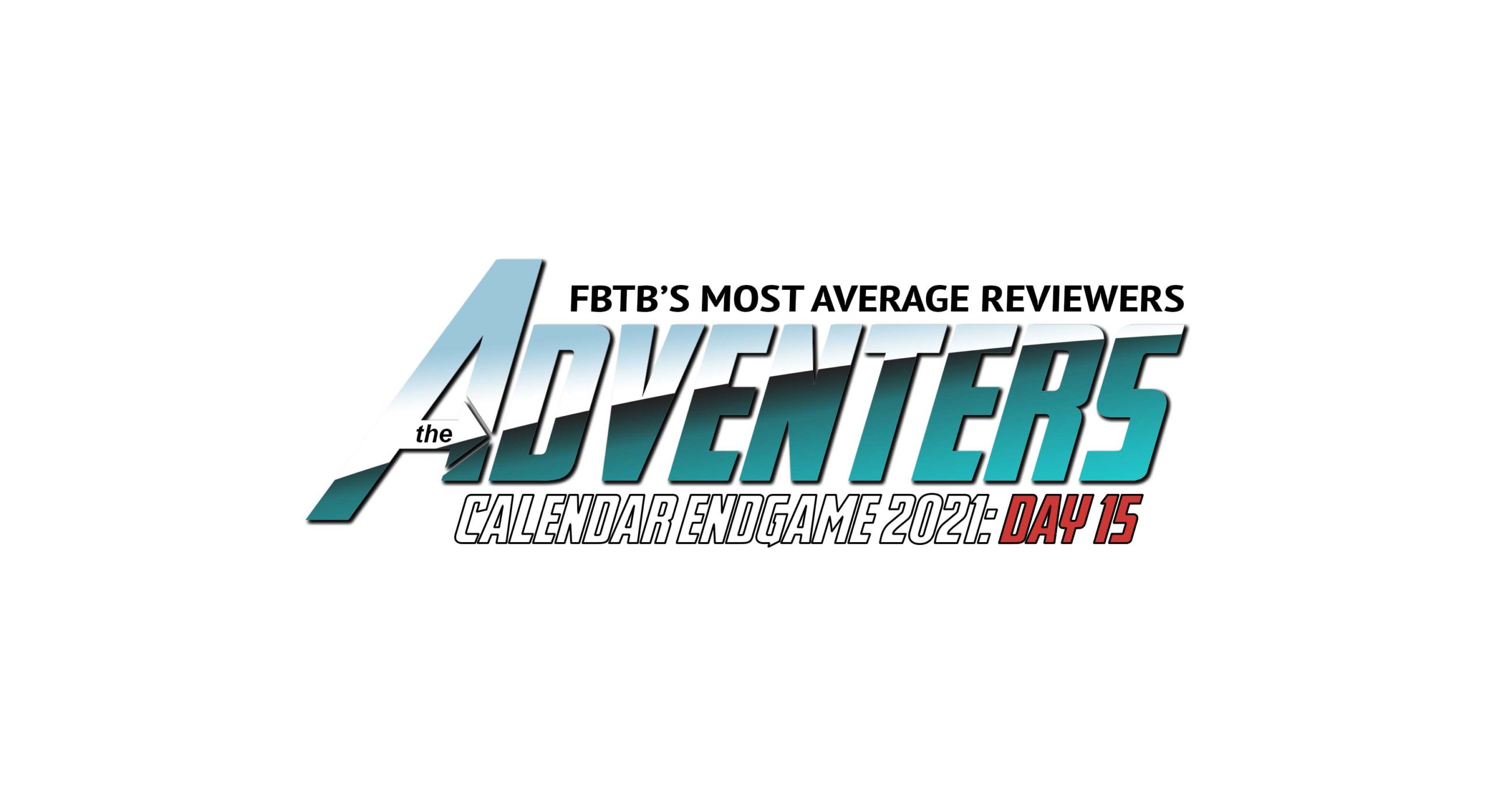 Star Wars is leading the pack, and with HP and Marvel at a solid 50% footing, things are a hair above average. Take a look at the numbers:

With 10 more days to go, this can still swing wildly in just about any direction. 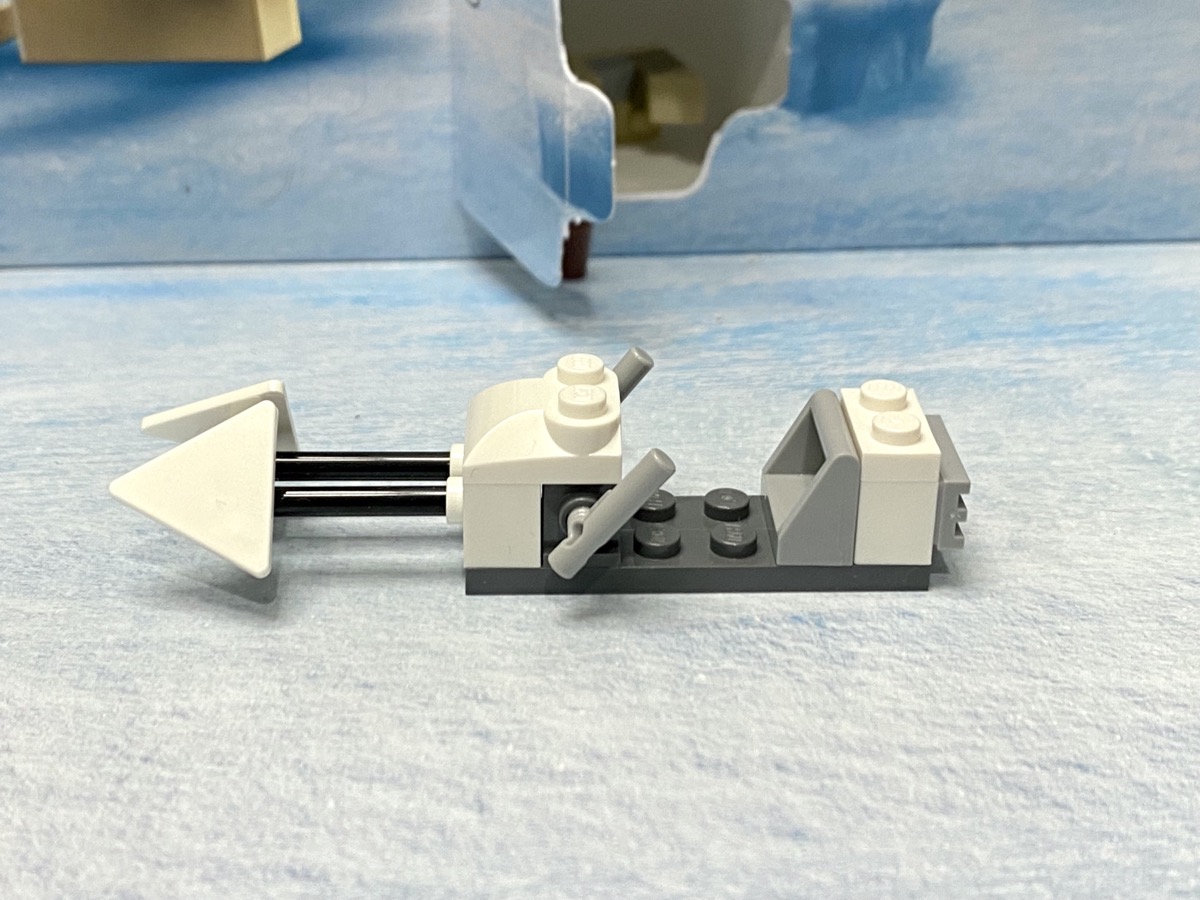 Now THIS is what I was hoping for from yesterday’s Advent window: a speeder bike mini build. I’m fairly certain this is as miniature as you can get for a speeder bike without it being bigger and sized for a polybag set. It’s white just like they were in S1:E8 of the show, which is also serendipitously colored for a winter-themed Advent build. I love it. It might be the first Star Wars Advent Calendar vehicle build that a minifig can actually ride on: 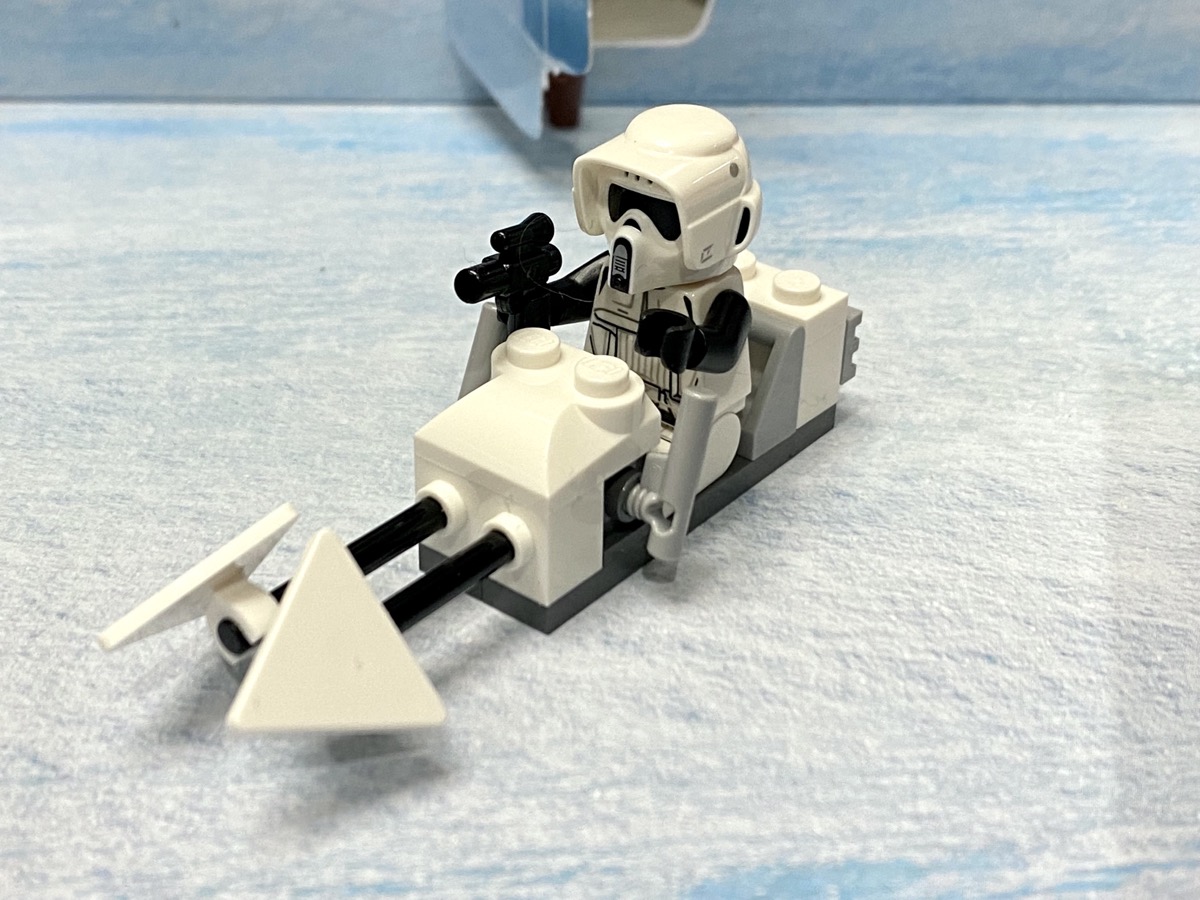 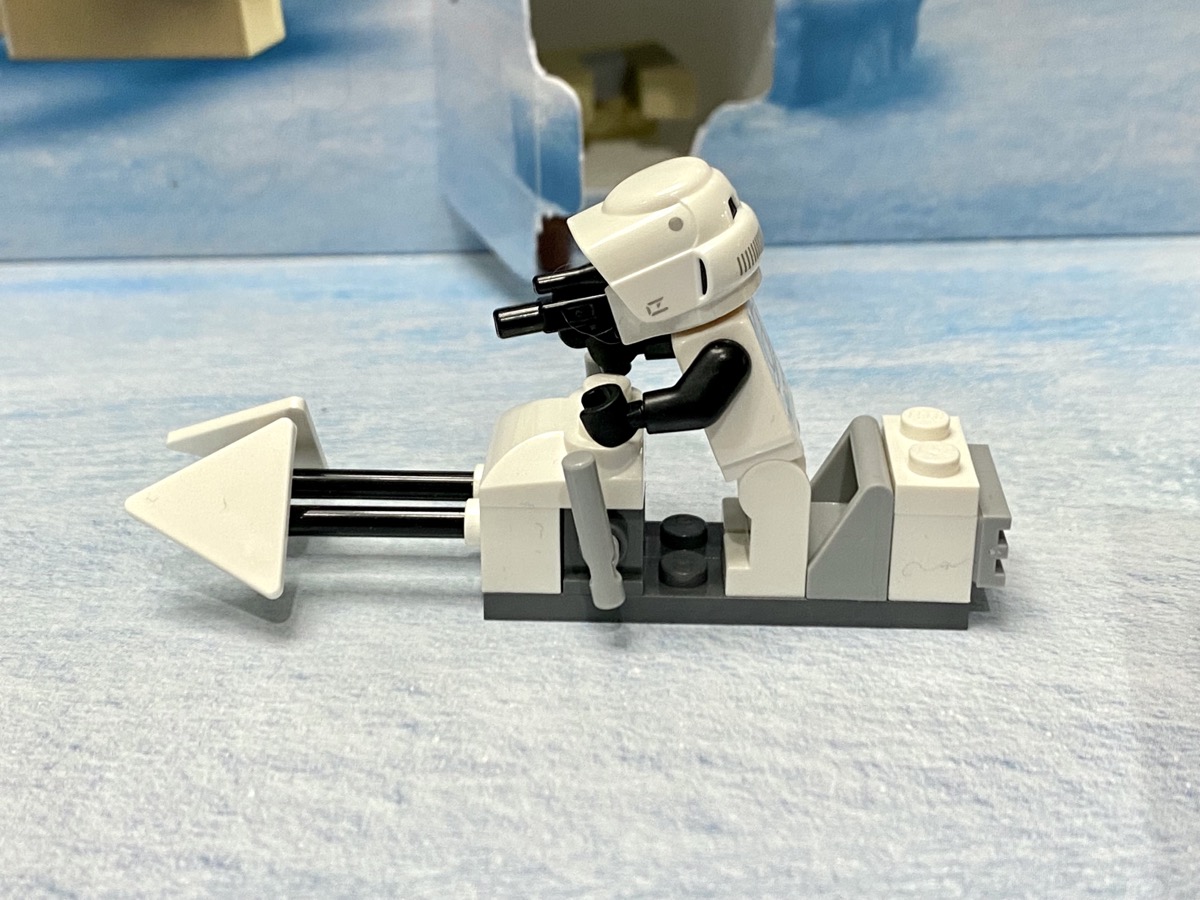 But I prefer standing up the Scout Trooper as a throwback to the original 7128 Speeder Bikes set from 1999 and also because the Trooper leans forward with a greater degree of angle to better mimic the on-screen seating. He can’t really grab the handlebars, and that’s probably the only area that can be improved upon but that’s okay, I’ll give that a pass. Just a delightful build for today. 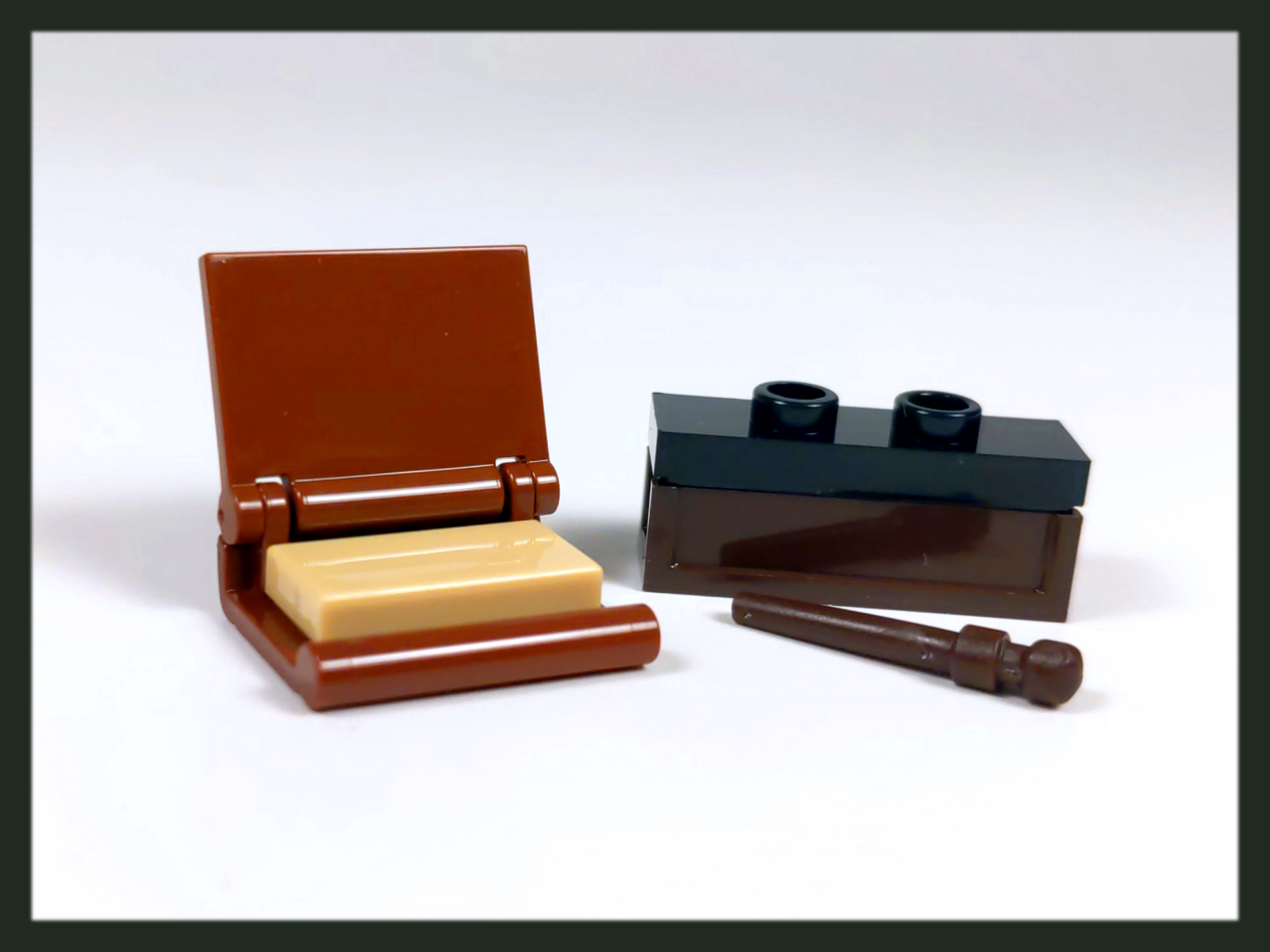 Getting back to the fundamentals here. The crap fundamentals. This is nothing. Even Tiny Tim would have been critical of this. It’s a book and a wand box. I barely even had to build anything. Every year, it’s something like this. I’ll do what I do each year and give it a big ol’ thumbs down.

I suppose we couldn’t keep the roll going on forever, could we? Don’t get me wrong… I like getting a Captain Marvel minifigure in a cheap and accessible set. Much like the Black Widow figure from earlier-on, though, this just feels like a lazy addition that doesn’t add anything thematically. Yeah, the “energy blasts” are snow colored. But I’m pretty sure her powers would actually just turn snow to vapor if she used them like that. At least we’re getting full printing, unlike some of the other minifigs with their boring legs, but still kind of a let-down after the string of hits that we’ve had.