Ad
Home Video Games PlayStation I Got The Platinum Trophy for God of War on Give Me... 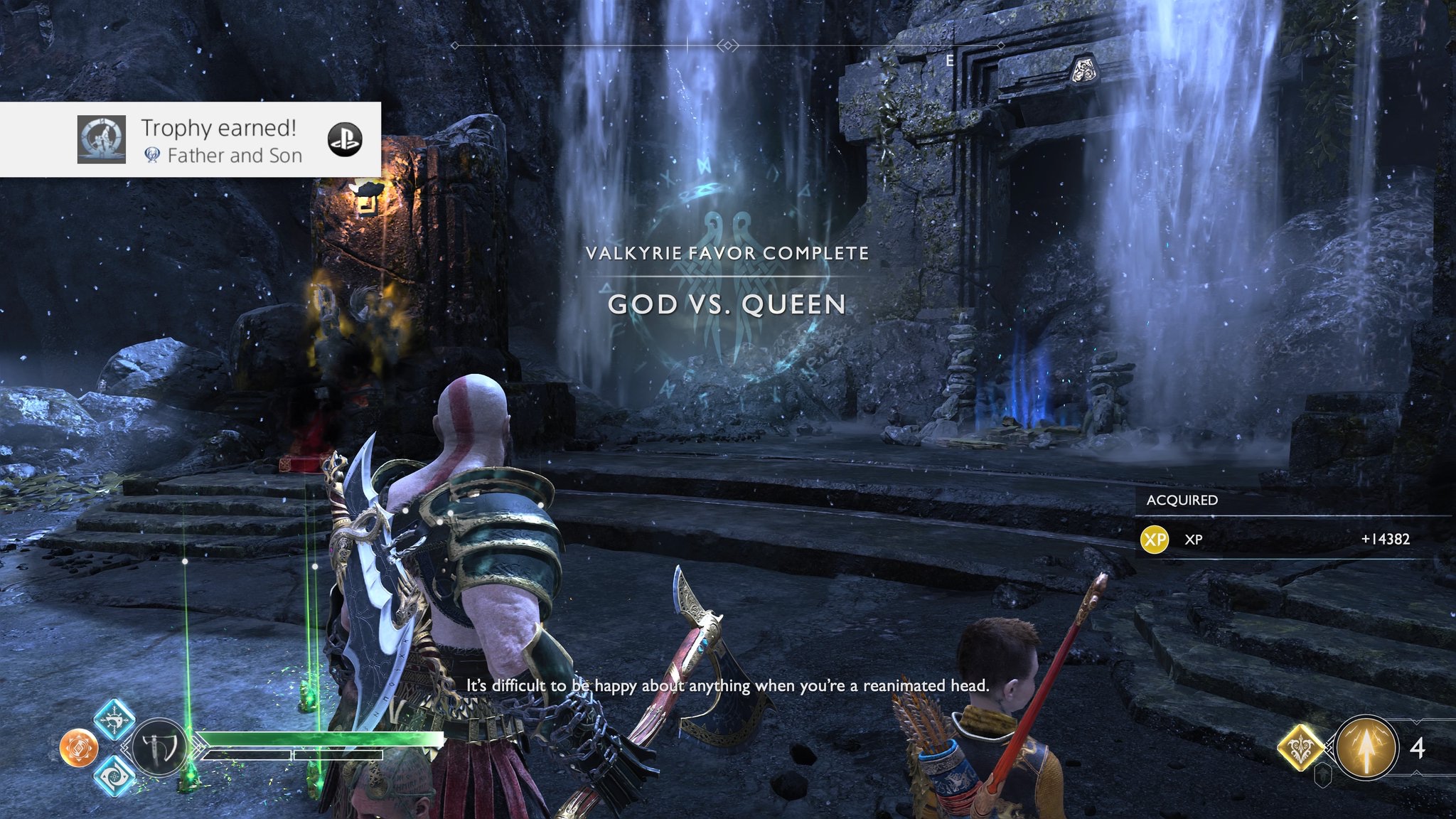 Remember that game called God of War I started back in May? I just got the Platinum Trophy for God of War! It’s called Father and Son and to get that, like all other Platinum trophies for other games, you have to get every other trophy in the game, including “Chooser of the Slain”. This was the most difficult one to get as it requires you to defeat the nine Valkyries, the hardest boss encounters in the game.

Did I mention that I did it all on Give Me God of War difficulty?

The thing you should know, if you aren’t playing the game yourselves, is that the Give Me God of War difficulty setting is locked in. In most games you can ramp up or down the difficulty setting in the middle of the game. It’s true for God of War too but not on the highest difficulty called “Give Me God of War”. I’d be lying if said I wasn’t tempted to just quit, start over on easy mode, and then just burn through the game. One Google search on “Give Me God of War Difficulty” will give you links up on links of complaints, criticisms, stories of surrender, and accounts of frustration and agony. But I was resolute in my goal. It took a long time but once I was able to craft better gear and raise my level, the game became easier (but only slightly) and way more fun.

Sadly, there is no trophy for completing the game on Give Me God of War mode. The above screenshot is the only proof of my achievement. It may not be much but I’ll take it. This was a couple of nights ago. The story mode was complete, but I still had one last thing to do, and that was to kill the Valkyrie queen. I finished up every other objective in every region and I was not about to let this one tough battle stop me from getting 100% of the game and the last two coveted trophies.

The battle against Valkyrie Queen Sigrun was similar to the previous 8 Valkyrie fights in that it is an exercise of patience, stamina, and muscle memory. The fight lasts about 10 minutes, but to get there it took me dying over and over again, over hours and hours across several nights. Sometimes I’d die near the beginning of the fight, sometimes I’d get her health down about halfway. A few times she’d have one or two bars left and I’d flub a parry or forget to dodge and I’d be toast. I’d set the controller down during those defeats, put my head in my hands, and just rest a minute. I am not kidding when I say the fight is exhausting: ten minutes of absolute focus, maybe less if I die faster, for hours on end? It wore me down.

Each death was a practice session though and as the nights wore on I’d be able to consistently knock her health down more and more. The moveset doesn’t change, it’s about reading her attack correctly and responding appropriately. Most of her attacks can be blocked or parried, but she has one particular move that temporarily blinds you. When this happens your view distance is much shorter making tracking her and anticipating her next move difficult. This is when I would die the most because once I was blinded, Sigrun can follow it up with just about anything. It took me a while to figure out that once my field of view was impaired, I would need to run in close to her to see what she was about to do.

But that Wednesday night, after about three hours of dying, I finally did it. I beat her and got my two well-deserved trophies and screenshots. Give Me God of War was NOT easy, and has broken many gamers into giving up and questioning their life choices. I was almost one of those players. I’ve contemplated quitting and starting all over on easy mode. I’m glad I didn’t because finishing this game on Give Me God of War gave me a great feeling of accomplishment.

Tips For Beating Sigrun On Give Me God of War Difficulty

The one thing I regret during this journey was not being fully familiar with the PS4’s share options. I thought I saved video of my fight against Sigrun but alas, I did not. The screenshots will have to do.