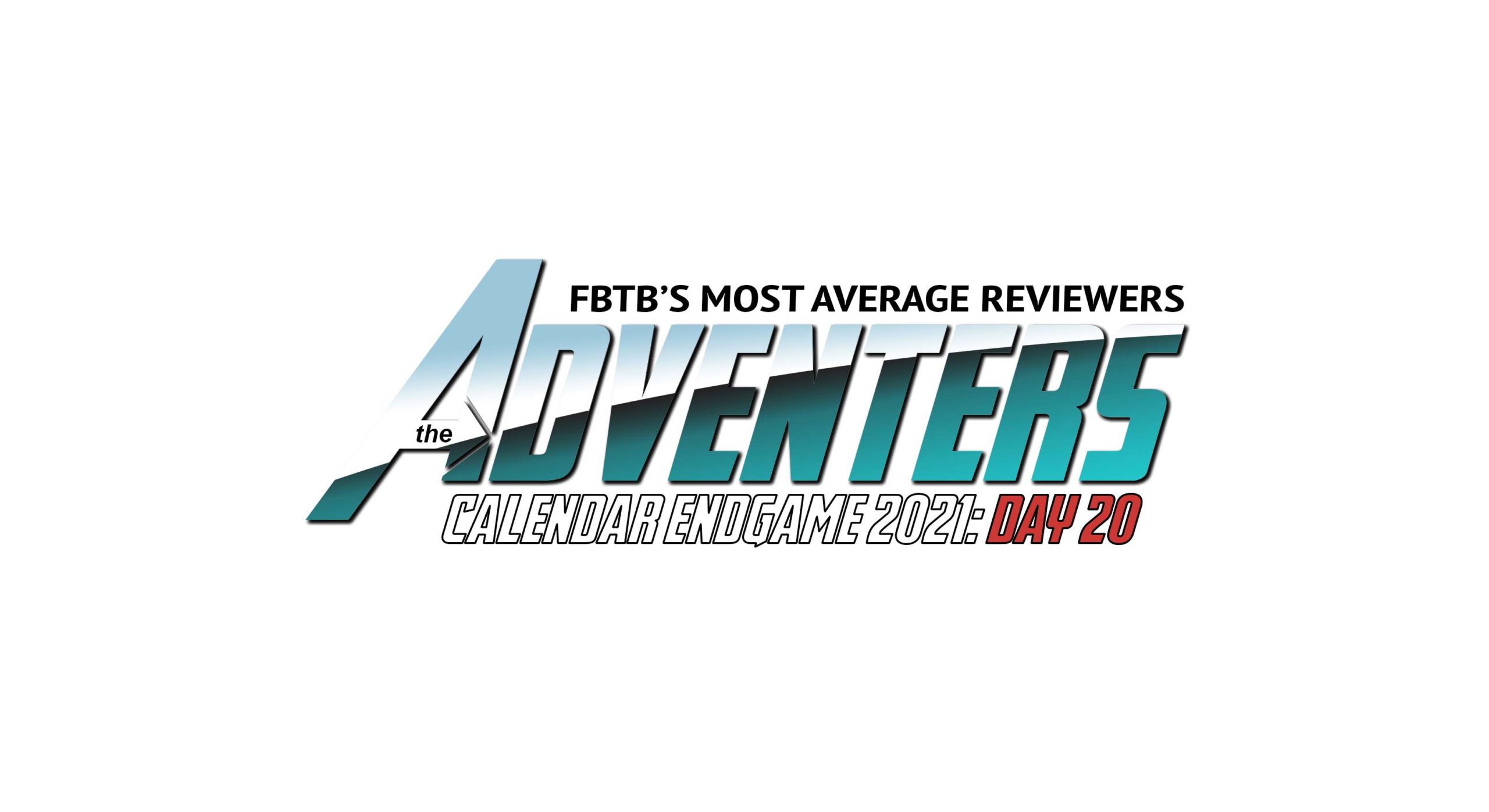 We’re in the home stretch now and I’m going to go out on a snow-covered limb and say that Star Wars will win followed by Marvel with HP coming a close third. Let’s see how things pan out. The numbers thus far: 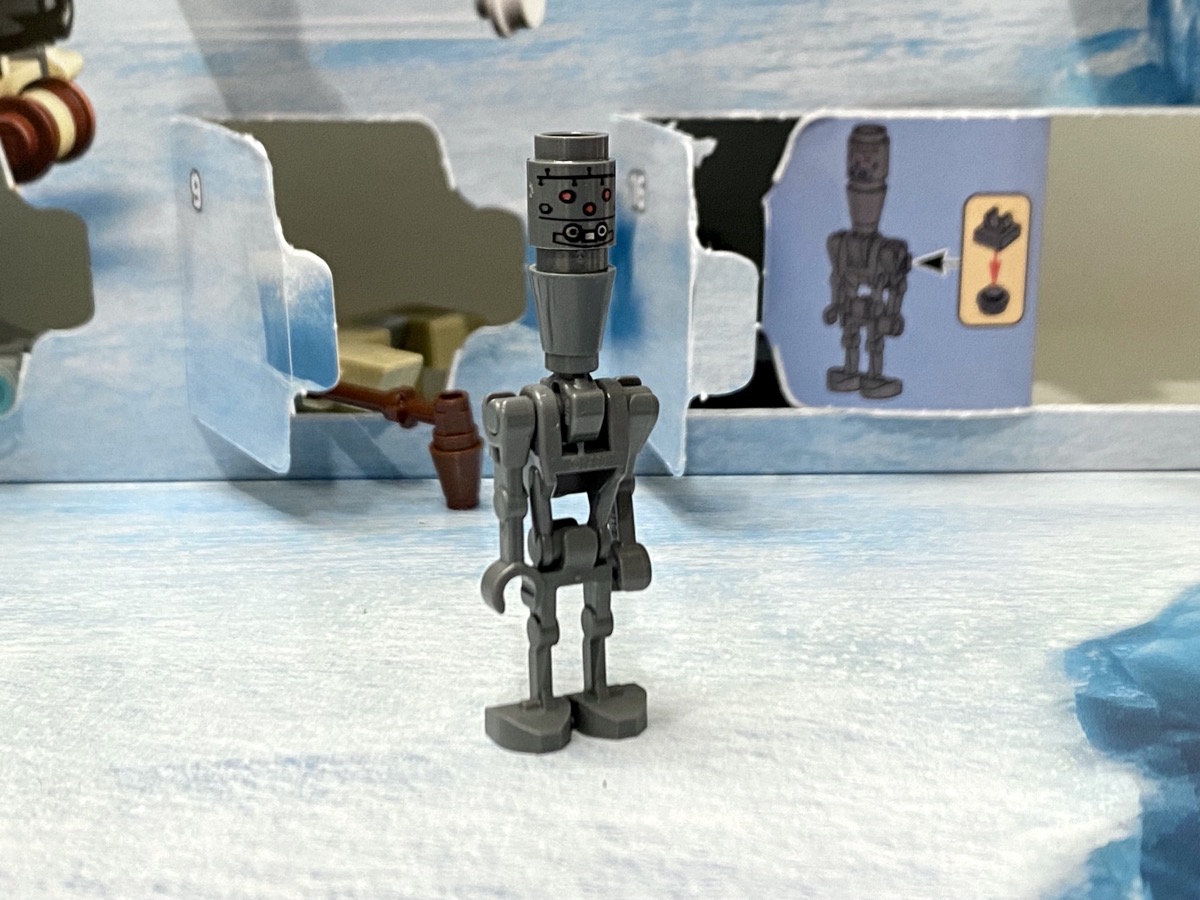 IG-11 makes his calendar debut with today’s build. A bit bare bones but you get extra arms so you can change his configuration any which you want. He comes with a clip on the back: 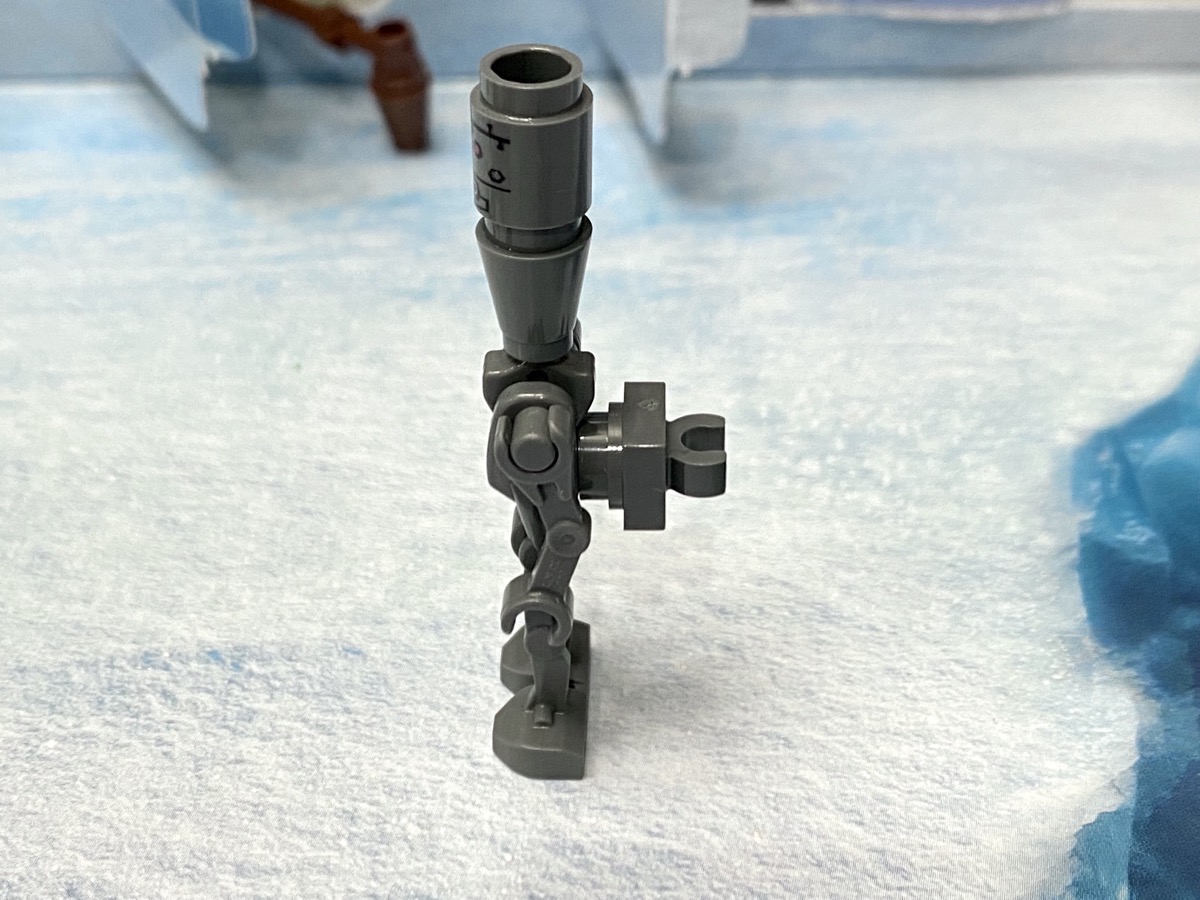 So I can only assume that tomorrow’s build will include a long rifle of some sort. The printed head element is neat and if you’re lucky like some people you may have gotten a second one as a spare. I was not so lucky. IG-11 was only available in the more expensive 75292 Razor Crest set so getting one in today in a considerably cheaper set is a huge win. Thumbs up all around.

I just realized Nick and I have the same scores for the advent calendar thus far. I wonder if one of ours is going to inch out on the others. We’ll have to see… 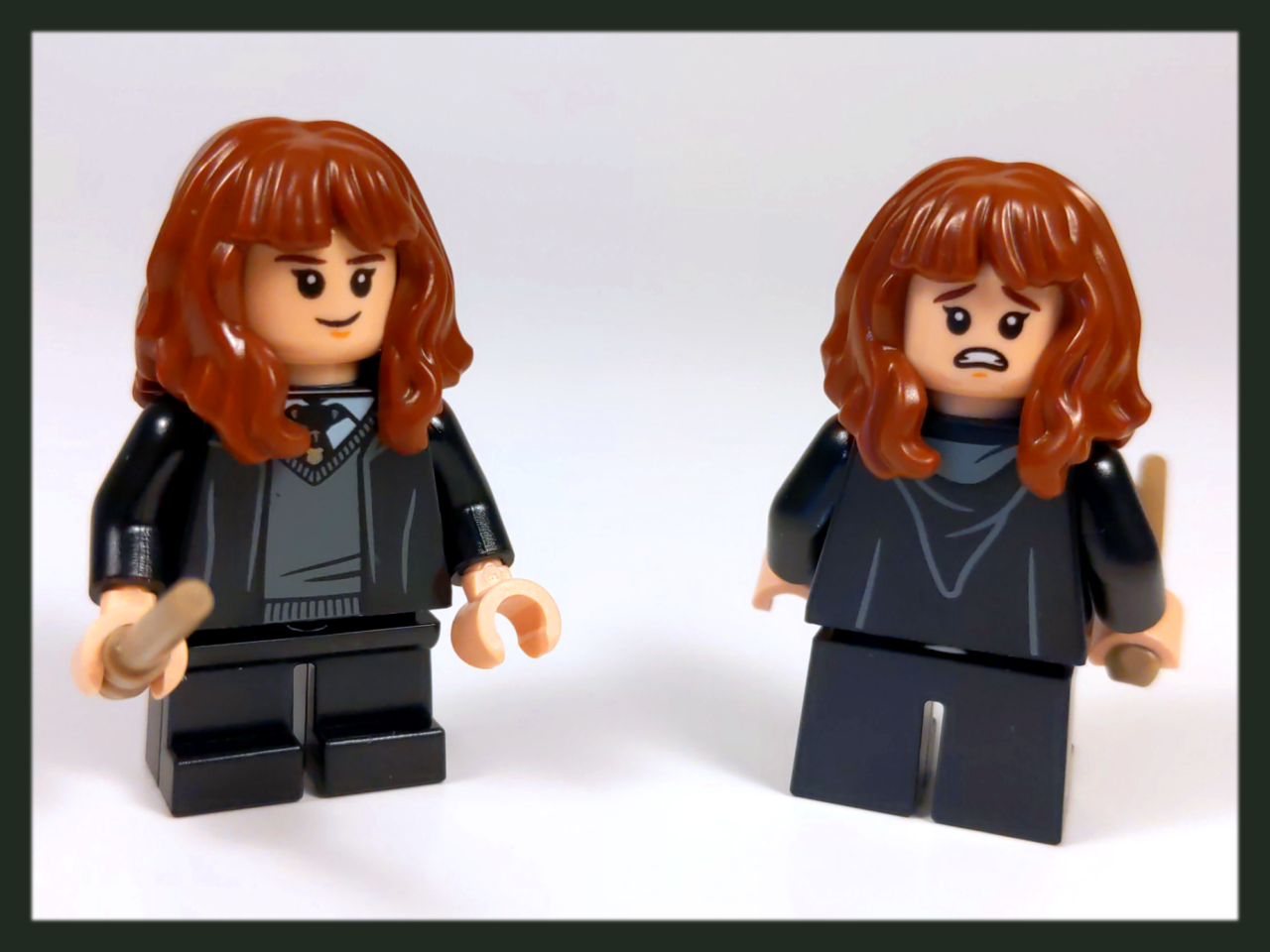 Okay, see now this works canonically! Hermione, being Hermione, is already wearing her Hogwarts robes when she meets Harry and Ron, who definitely aren’t. I’ll always give points to following Harry Potter canon. Yes, I’m sick of getting Hermione and Ron figures, but that just seems like a necessary evil at this point.

Awww…. a little clockwork Hulkbuster. I should have taken a better angle picture, but there is a key part on the back. Solid and simple little build, and clearly selling these is how the Avengers are funded. Innovative use of parts, with skates and the little airtable hand paddles both getting used. This is a hit, and a fun addition.