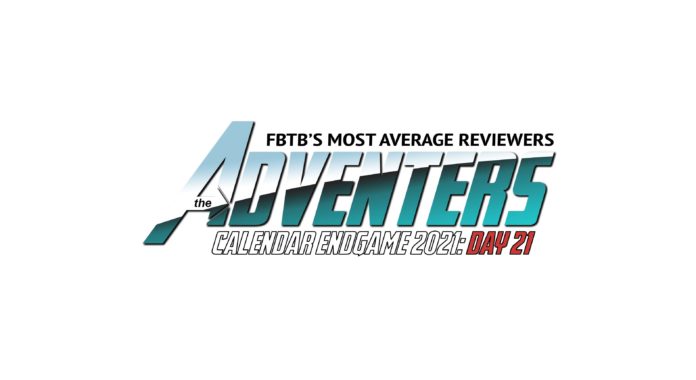 HP and Marvel are still neck and neck. The numbers:

There are still enough days on the calendar for an upset in the race to the top. Or bottom for that matter. 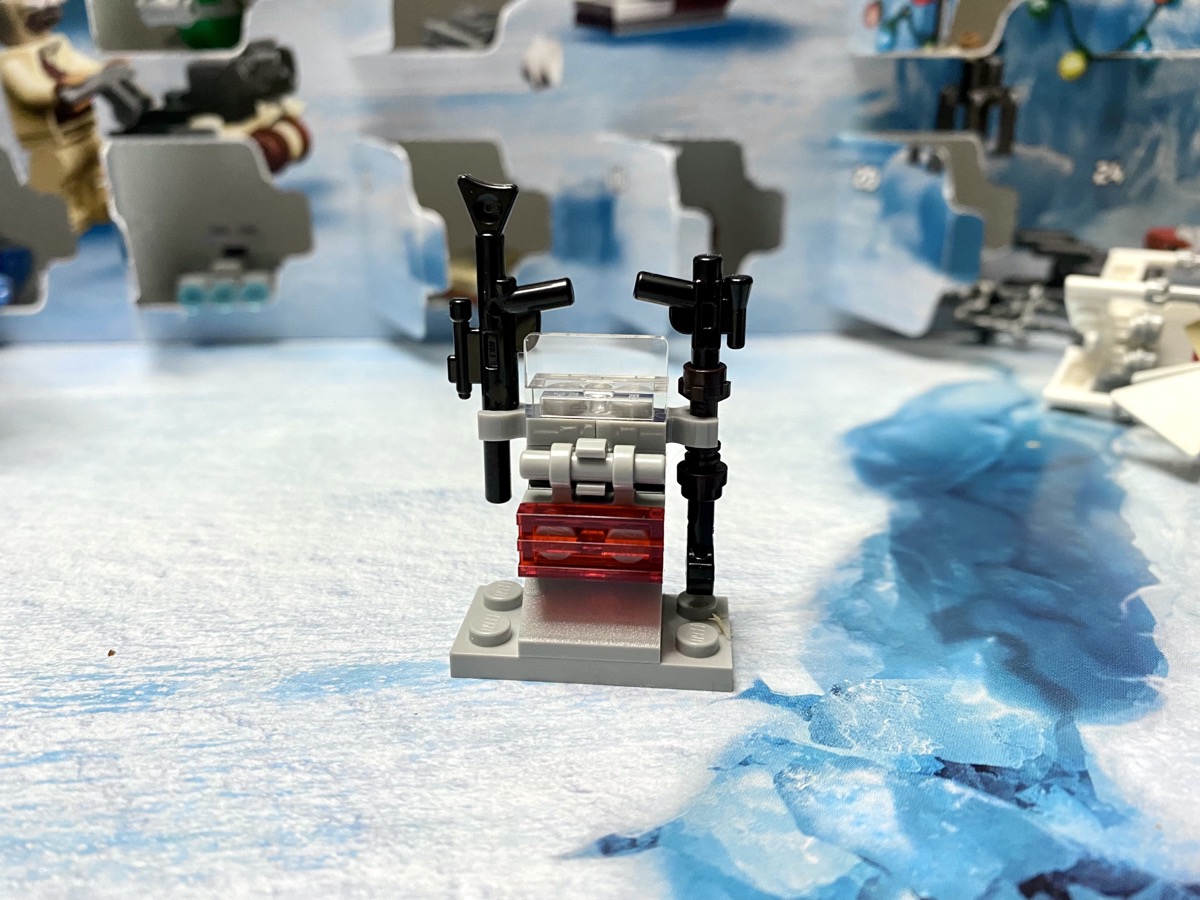 A weapons rack. I totally did not see that coming. A bit hard to tell from the photo but there’s a trans clear wall panel in the middle there at the top. I really think these things are made from table scraps and I’ve given up trying to figure out how these things fit into the Star Wars universe. You get a regular rifle and Mando’s Amban sniper rifle. We’ve had a handful of minifigs thus far, but only IG-11 from yesterday would be considered a main cast member. With his rifle appearing today, Mando can’t be too far off… 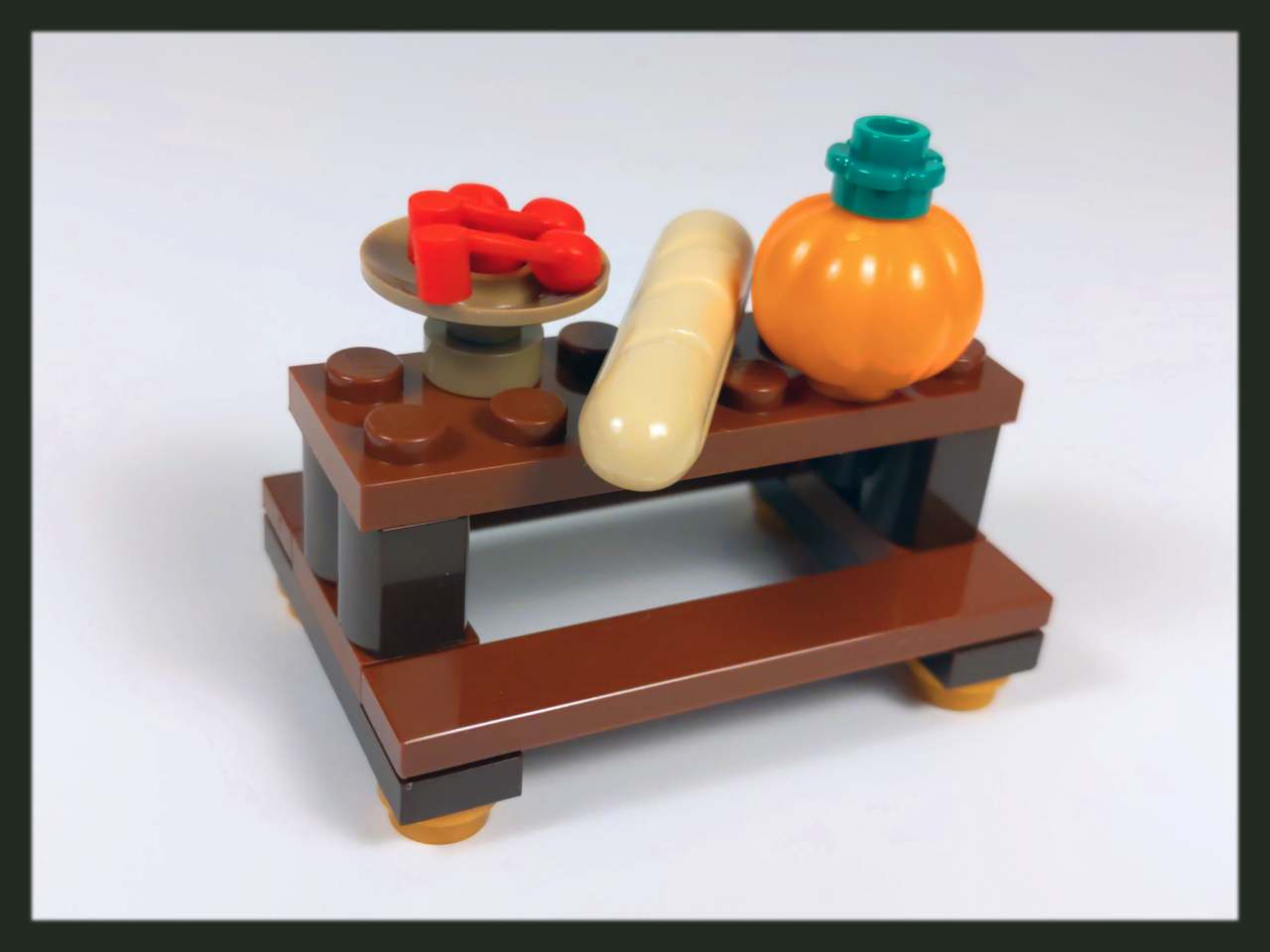 Ah, the Great Hall table. It wouldn’t be a Harry Potter calendar without a Great Hall table. We didn’t get any last year, because that advent calendar was made with a glowing spark of creativity. In 2019, there were two tables. And the build hasn’t changed since. If it ain’t broke… 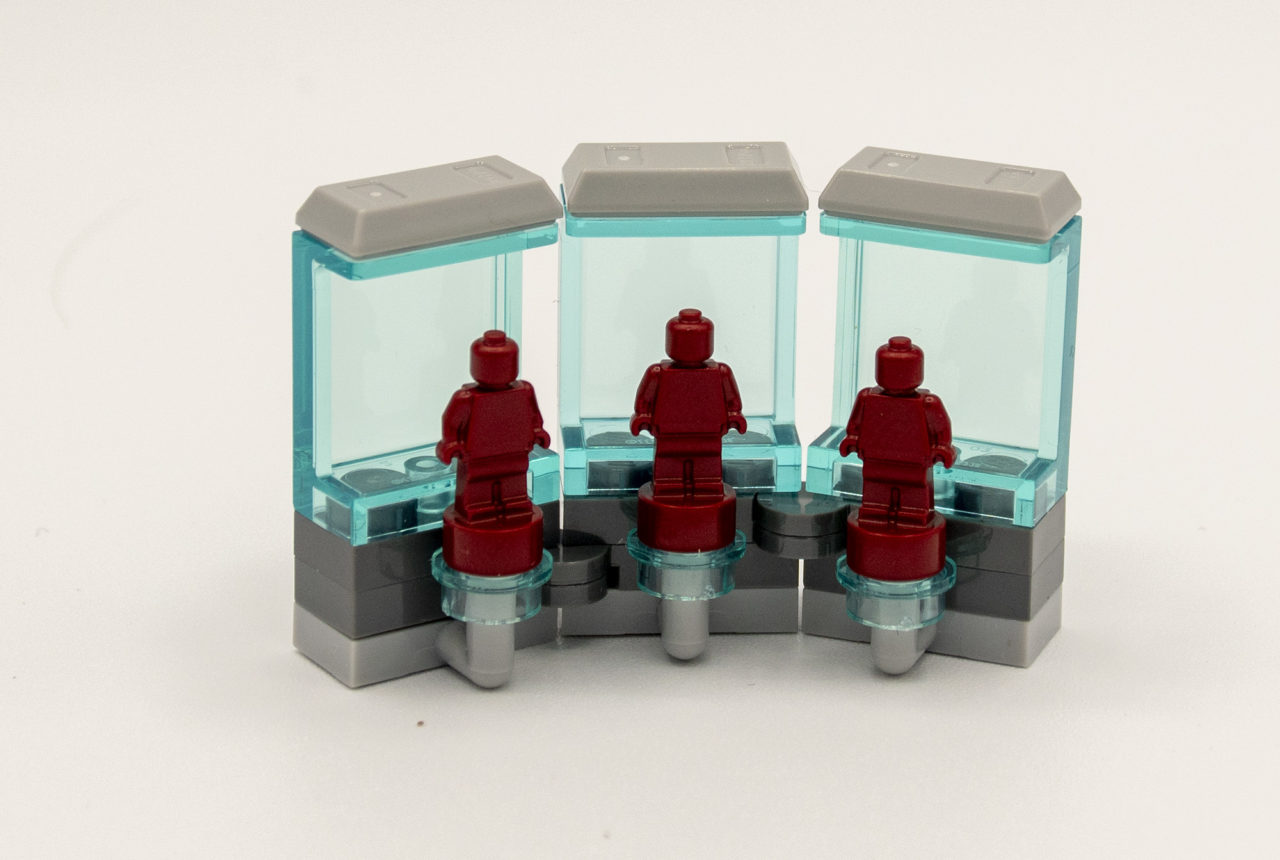 What’s this? The calendar gives us a great little build to actually put us above .500 for the first time since Day 2? Madness! This is simple, but again, a great small build. The main way to improve on it would have been to give us different colored statues to put in there and show off the wide variety of suits. Still, this is great, and a mini Hall-of-Armor is a nice micro build.