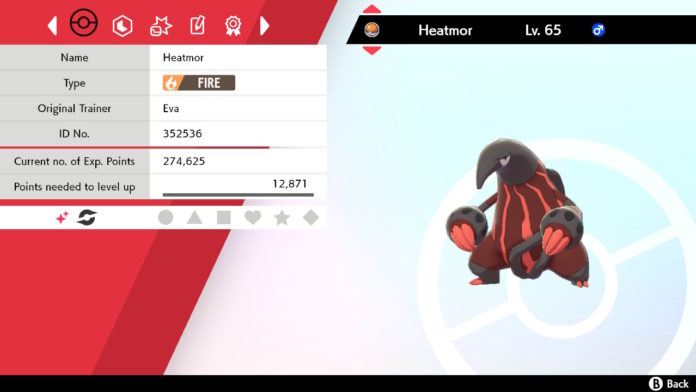 Yeah I missed PokéMondays last weeks and I feel really bad. I had a pretty good streak going! The holidays coupled with my daughter’s birthday, and end of school year, well something had to give. And if PokéMondays is the only thing that I failed at that week, I’ll count my blessings.

Well, I never did run into a shiny Zekrom, but I did tell myself I’d stop doing Dynamax Adventures as soon as I would get ANY shiny. And here it is, a Shiny Heatmor. I don’t already have one so this was nice to get. And it finally released me from Zekrom hunt. I got this pretty much the same day as that PokéMondays post. And wouldn’t you know it, the second I step outside of the DA cave and go exploring, I run into this:

Since then I’ve completed most of the stories but am stuck now at “soft resetting” for a shiny Terrakion. I put “soft resetting” in quotes because I’m using the Campsite method and it’s not quite the same thing but the idea is the same. Normally I’d be keeping count at how many spawns I go through, but my watch calculator is locked up keeping track of all the soft resets for shiny Zapdos in Ultra Sun.