Did you ever look at that UCS NES set and wish it came with a Zapper? Me three, buddy, me three. Well, here comes AbbieDabbles to fill that void in your heart. She teamed up with NickBrick to offer these custom kits so you can build your very own 1985-edition Zapper. Inside the kit are genuine LEGO elements, a full-color instruction manual, and a custom box so you can build a Zapper that is compatible with your UCS NES set (71374 Nintendo Entertainment System not included). 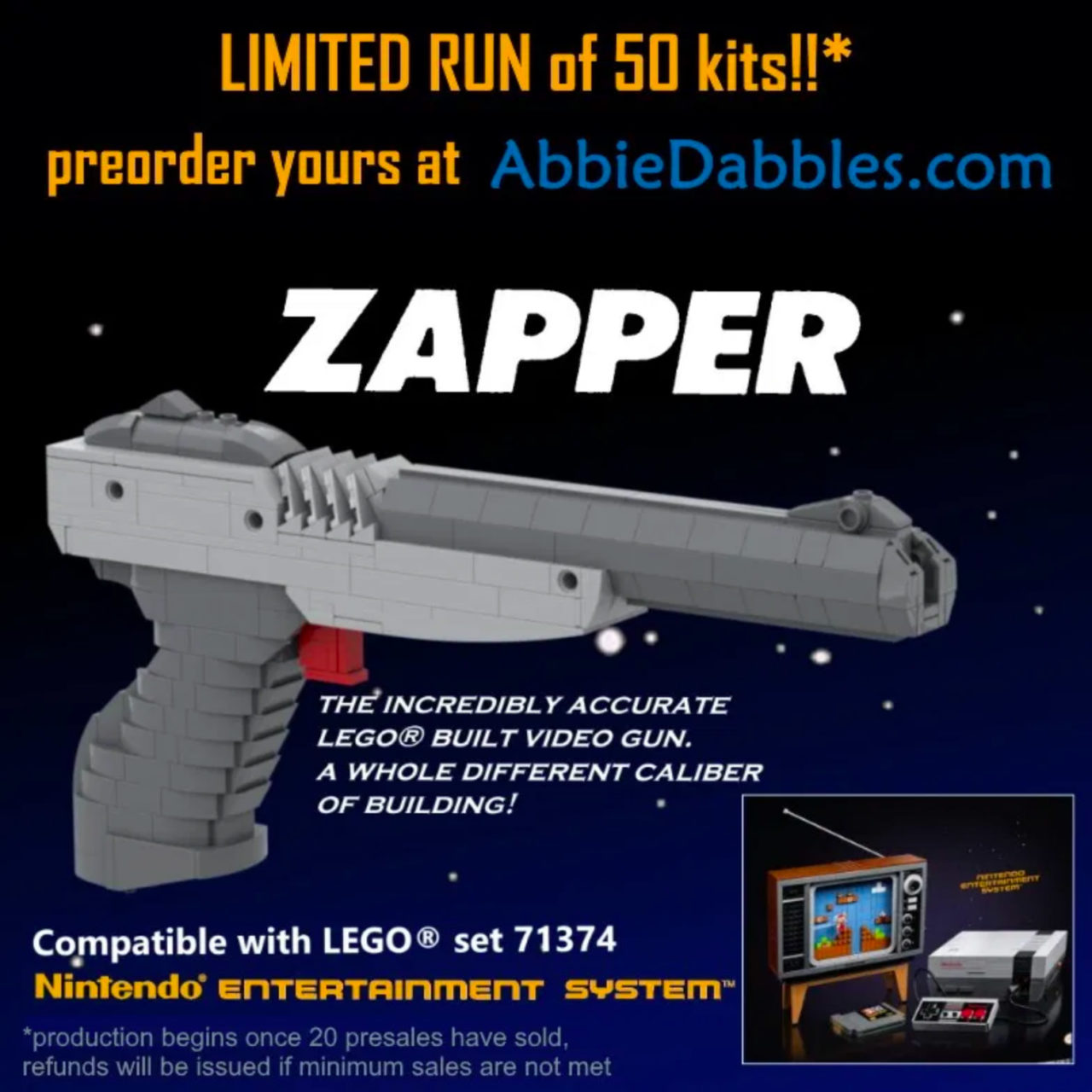 As the poster image details, they’re only offering 50 of these kits and in Kickstarter kind of way, they’ll only move forward with the project if at least 20 kits are pre-sold with full refunds being offered should it not reach that threshold by August 24th. But no worries there! As of writing time, they have 27 kits left so this will actually become a thing you can own and build. The price is, are you ready?, $125. Yes that is steep since that is more than half the cost of an NES set. But hear me out: this isn’t a set that a huge company is putting out there in mass quantities; this is a custom kit made lovingly by two adult fans of LEGO using genuine LEGO pieces. Custom kits are never cheap to begin with and that price, to be honest, seems fair. There’s no estimated ship date but it can’t be that far off. It would be pretty rad if they offered an orange Zapper kit but I suppose with one kit you can just sub in your own pieces to do just that.

AbbieDabbles and NickBrick are not affiliated with Nintendo or LEGO. And this isn’t a paid spot either; I don’t even know these people. I just think this is cool as heck when I saw it in my twitter feed and thought I’d share. As much as I want one though, it’s a bit too much for me.

Now all we need is a custom Gyromite kit.