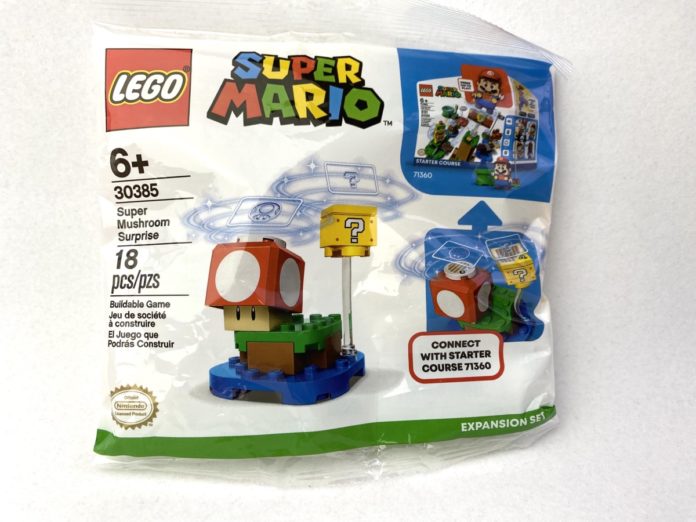 I really should open up my starter pack. Because today’s polybag, 30385 Super Mushroom Surprise, really feels incomplete without it. 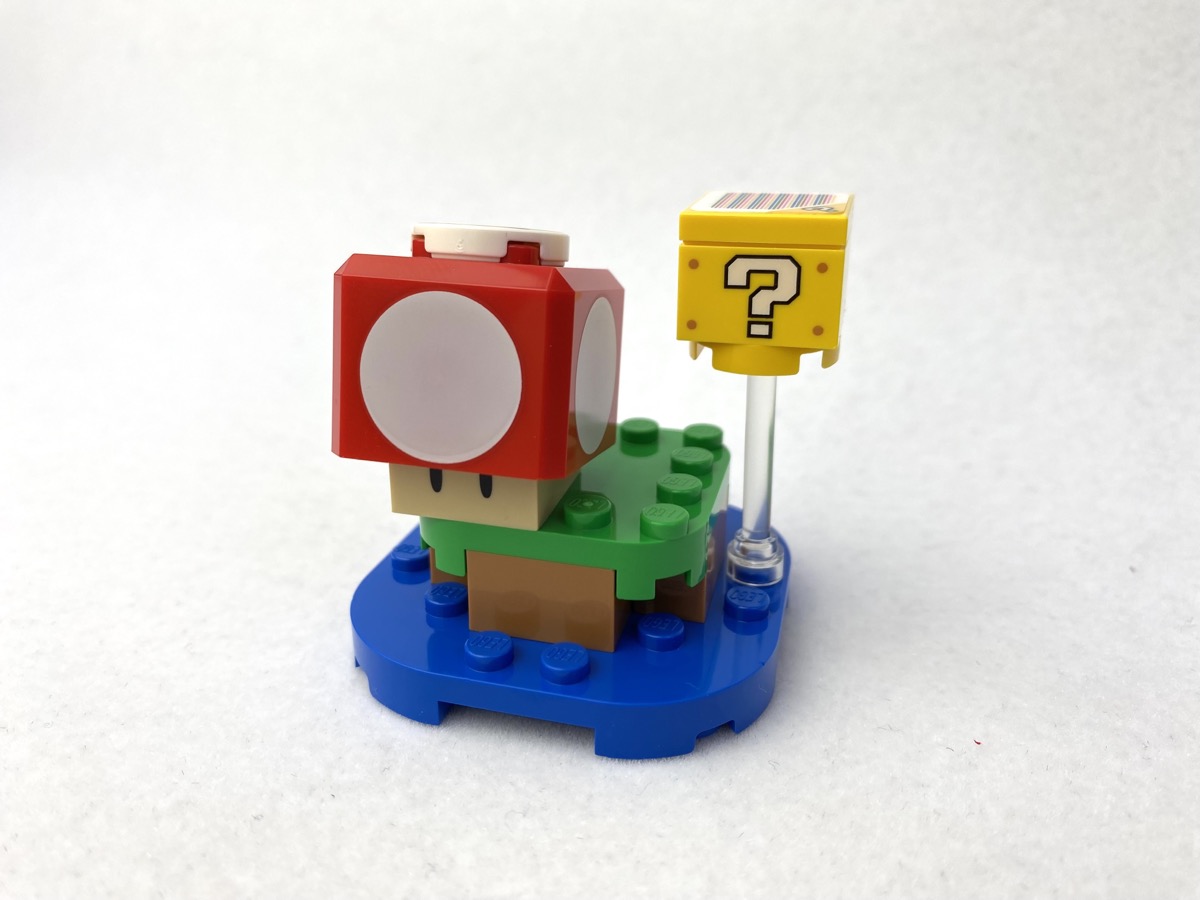 I’ve reviewed one other Super Mario polybag before this, 30389 Fuzzy & Mushroom Platform, and I’m running into the same issues now as I did then. The polybag doesn’t really do much by itself. You need any one of the three interactive characters to really do anything. It even says so on the bag. But as a slice-o’-life / DLC set, it looks like it would fit right in with the starter course or any other larger, non-starter sets. 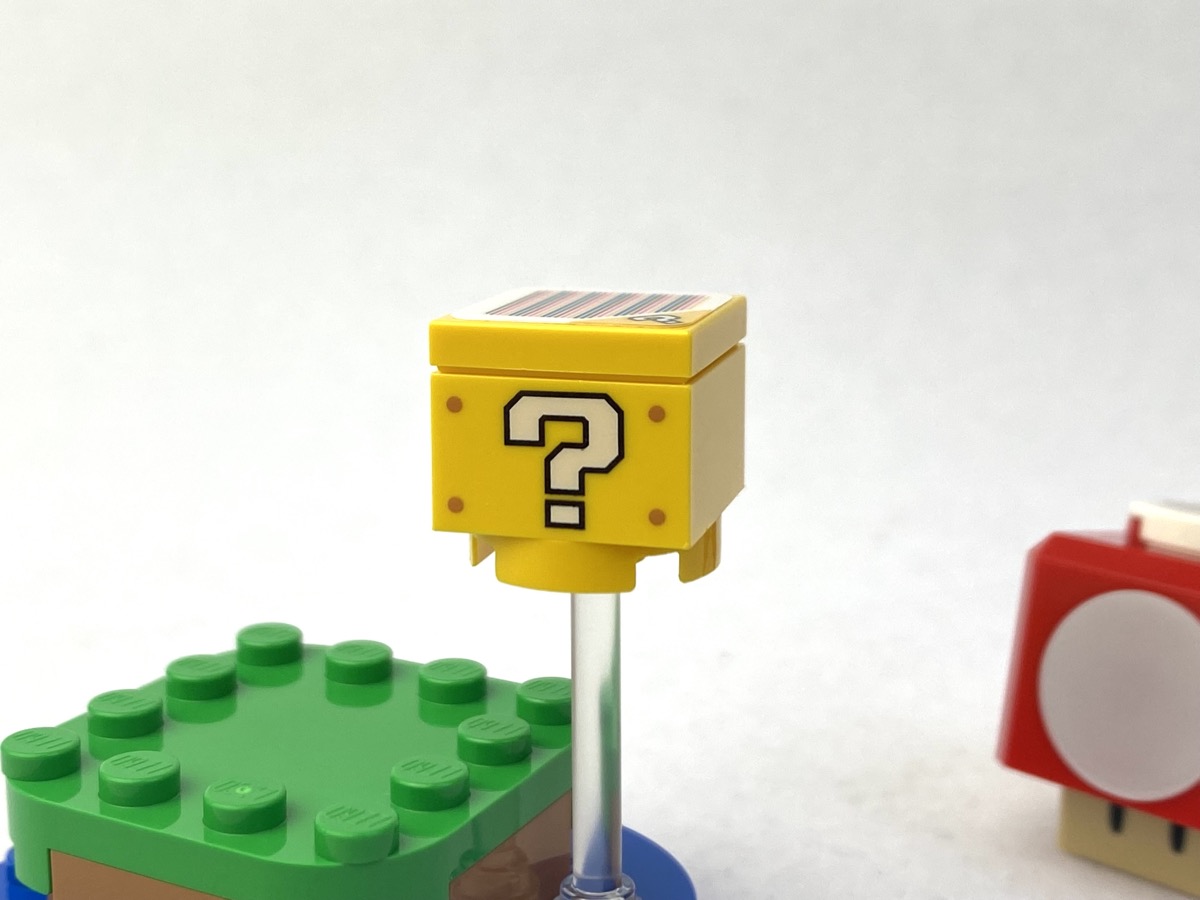 The question mark blocks in the game were always a mystery the first time you come across them. Will it have a coin? Will it have a super mushroom? A star? Mysteries abound! But with the mushroom, literally right there next to it, what do the bar codes do exactly? 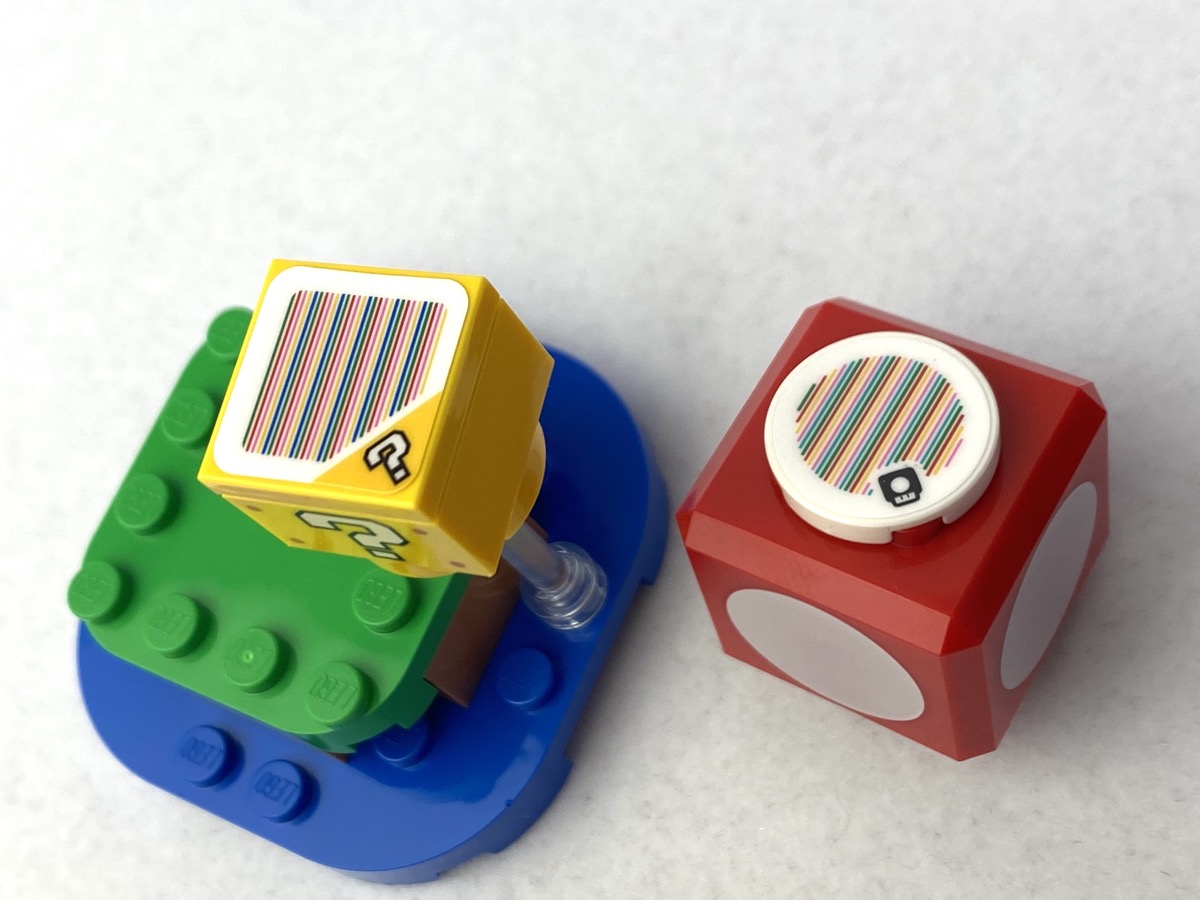 I assume the one on the mushroom gives you the power-up to grow and gain 1 hp. But if that’s what the mushroom does what does the bar code on the question mark block do? Unlock the mushroom? Do you scan the block and then that allows you to scan the mushroom? 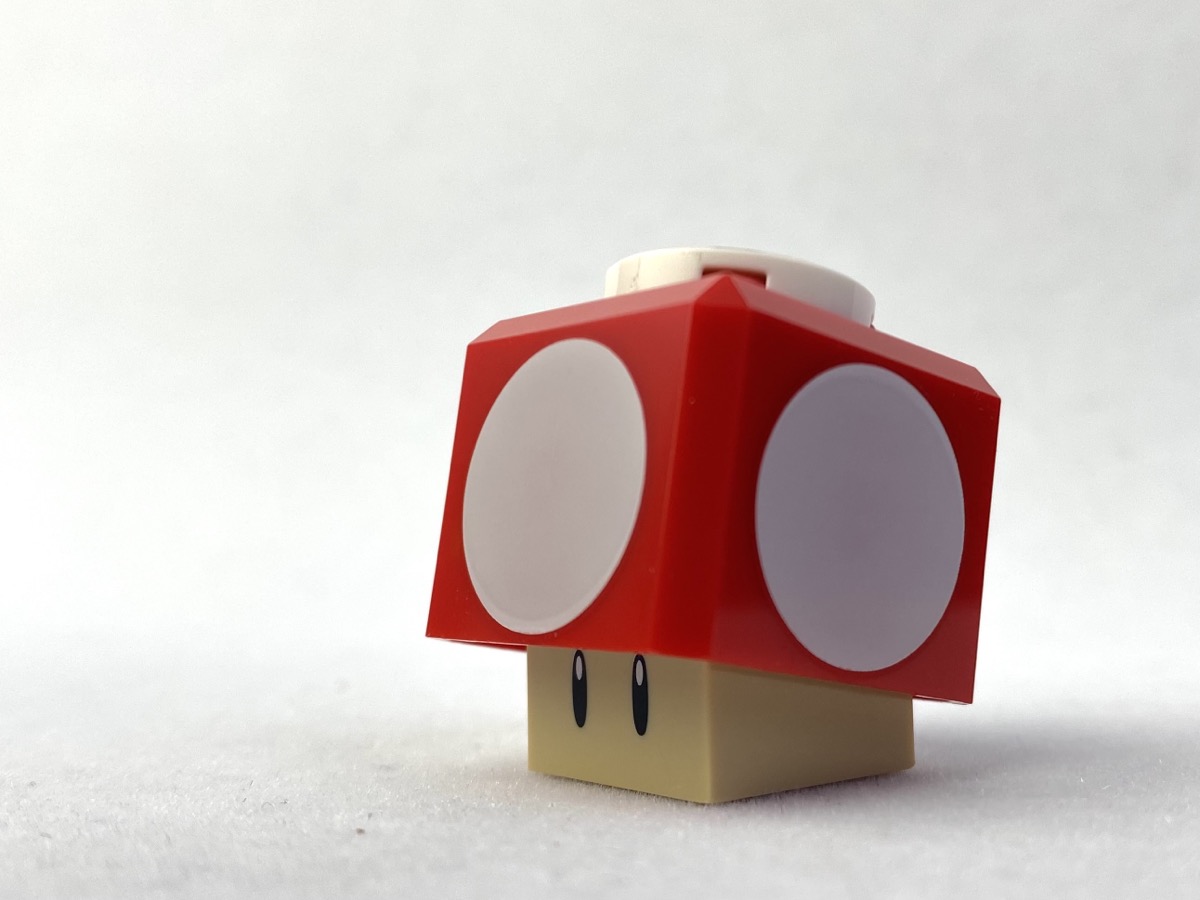 Again, I sound like a broken record, but I really should open up that starter pack.

This set sucks! To be fair, my ignorance of how the core functionality of the entire theme should not factor into the final rating. Unfortunately it does though because I see this as a LEGO product first and foremost and I consider the game portion of it secondary. It’s like reviewing any of the LEGO video games as a LEGO product instead of a video game. And with that approach, the set by itself isn’t anything exciting. But it does have one advantage over 30389 Fuzzy & Mushroom Platform in that by itself, it doesn’t look terrible. The power-up mushroom and question mark block are some of the biggest icons from the original Super Mario Bros. game, more so than Fuzzy and the platform. But unfortunately, it’s not enough to flip the thumb right side up.