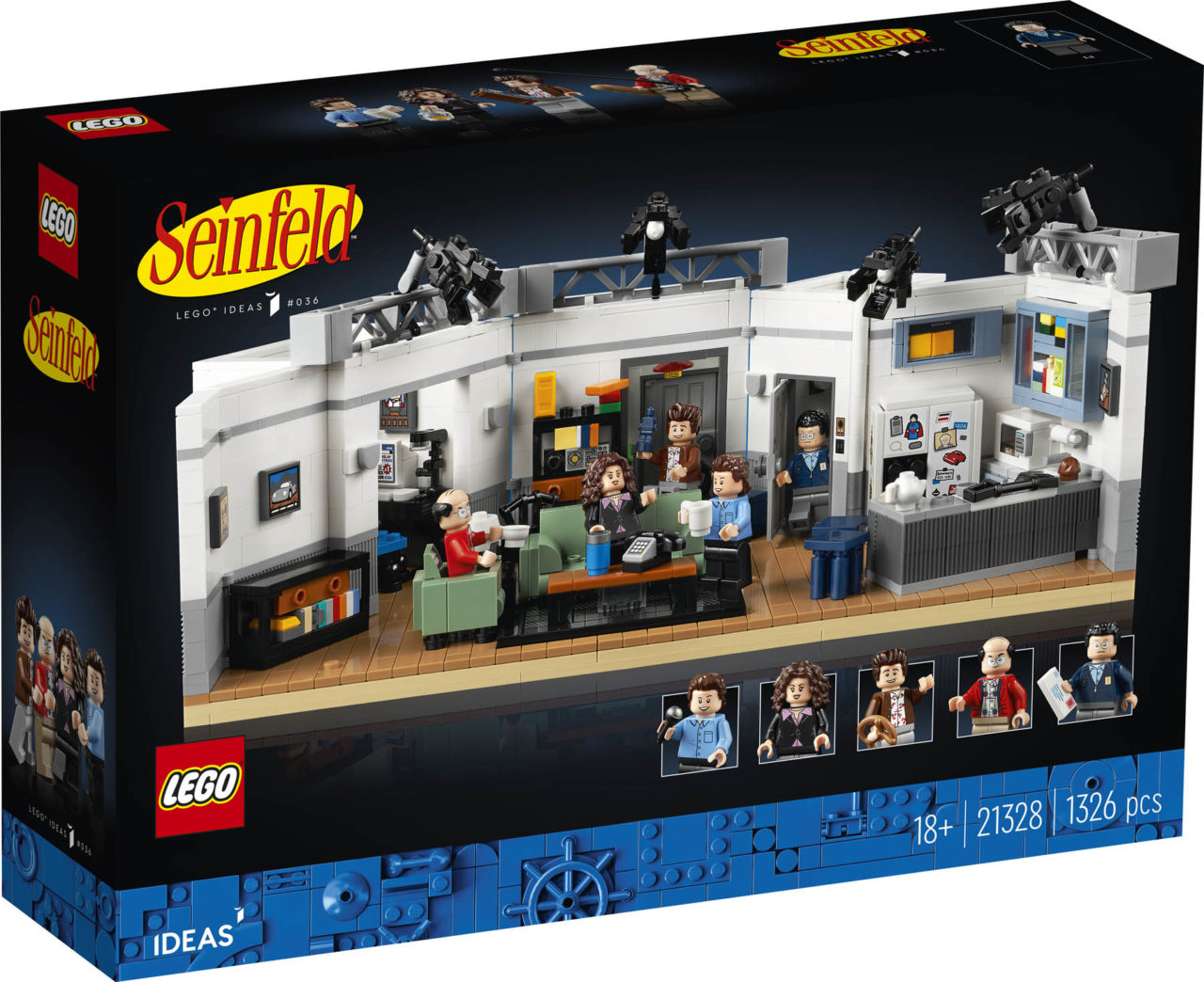 Relive NBC’s Must See TV Thursday’s with this recreation of Jerry’s apartment from the sitcom Seinfeld. LEGO Ideas 21328 Seinfeld is now available for VIP Early Access. The set will cost you $79.99 for 1,326 pieces and with that you get some fantastic minifigure renditions of Elaine and Kramer, and so-so ones of the rest of the cast.

Is VIP Early Access that much of a perk? No, it’s not. I mean, it would be great if it there was something special about the set, like limited edition or numbered. Limited edition would introduce a different set of problems, but that’s not really the point. Early Access to a mass produced set doesn’t really seem like a perk without something differentiating it any way from an identical set you can buy two weeks later. And heck, if you’re patient enough you can probably get it on sale too. So yeah, VIP Early Access just seems dumb. Cue the ‘Change My Mind’ meme here.