“Hey there, LEGO fans! Does your desk look like this?” 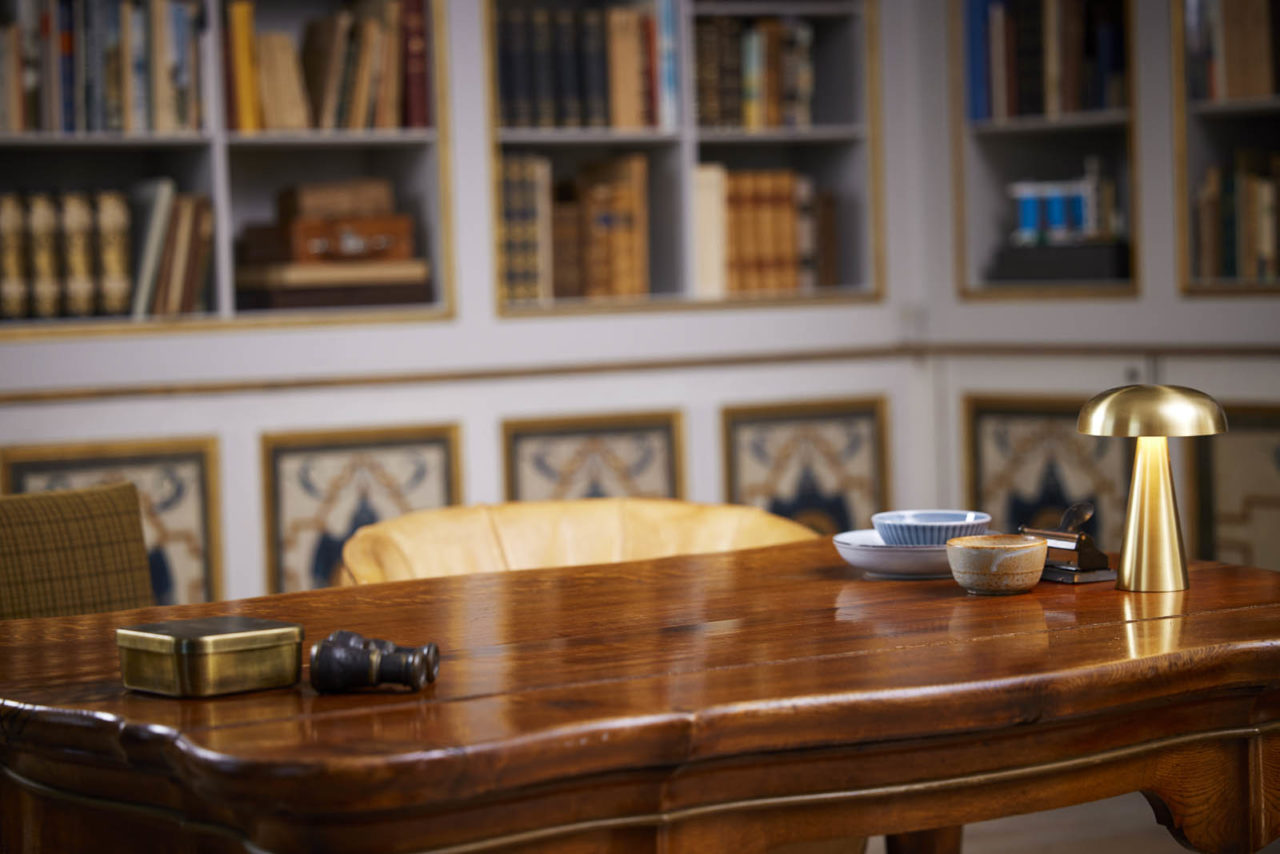 “Do you wish it could look like this? (cue harp sound effect with cascading sparkles visual effect)” 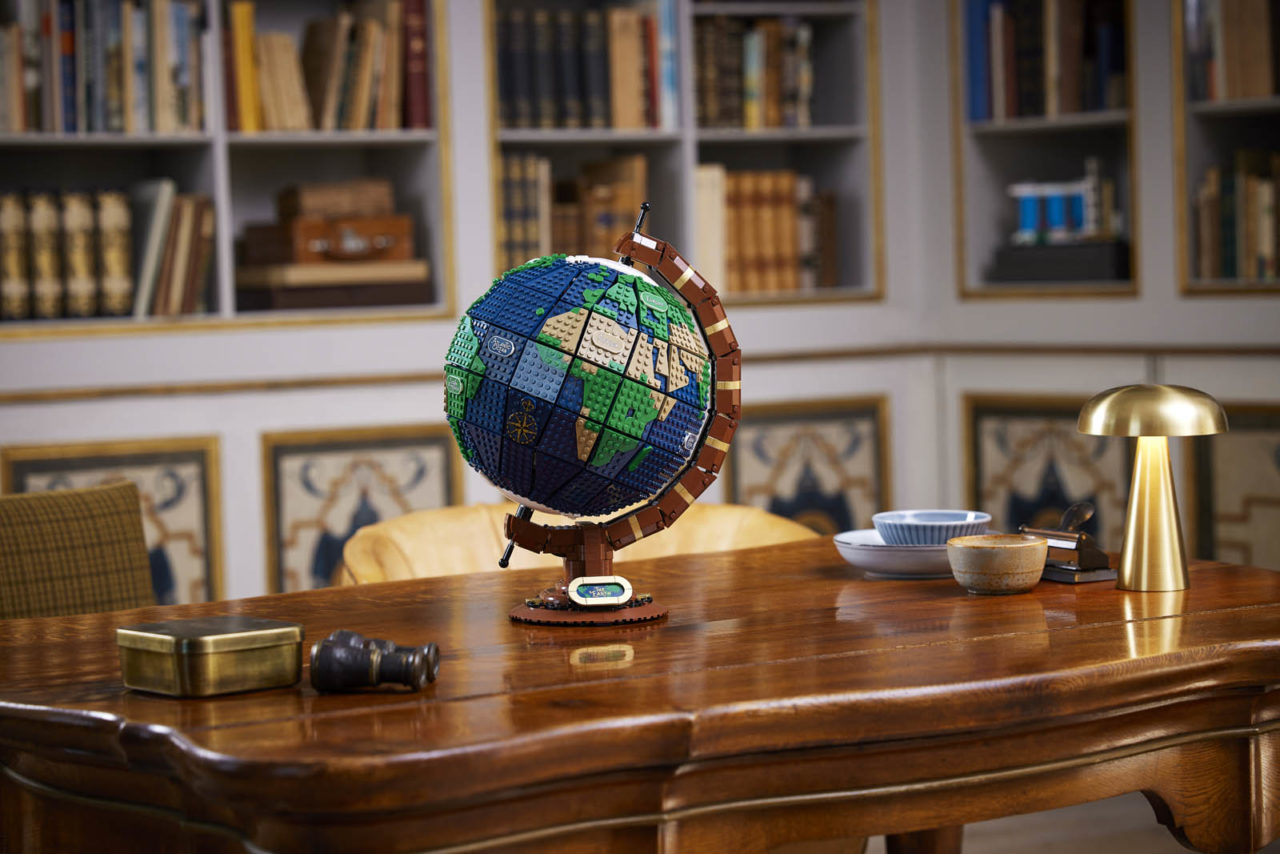 “Well it can with just one easy purchase of LEGO’s newest Ideas set, 21332 The Globe! You can order yours starting February 1st directly from LEGO.com!”

I’m not entirely sure why the media kit included the picture of the desk without the globe but I imagine it was for a commercial like the one I just made up. They also included a bunch of pictures labeled as ‘GIF’ so I took the liberty:

Not sure why some of the frames had the background photoshopped and not the others, but it’s super distracting.

21332 The Globe, otherwise known as Project Orb internally, was revealed yesterday on LEGO.com. It was the one project selected from the First 2020 review cycle and announced later that year along with the Sonic project. Like Commercial Guy said, it’s slated for release on February 1st, 2022 at the tune of $199.99 for 2,585 pieces. 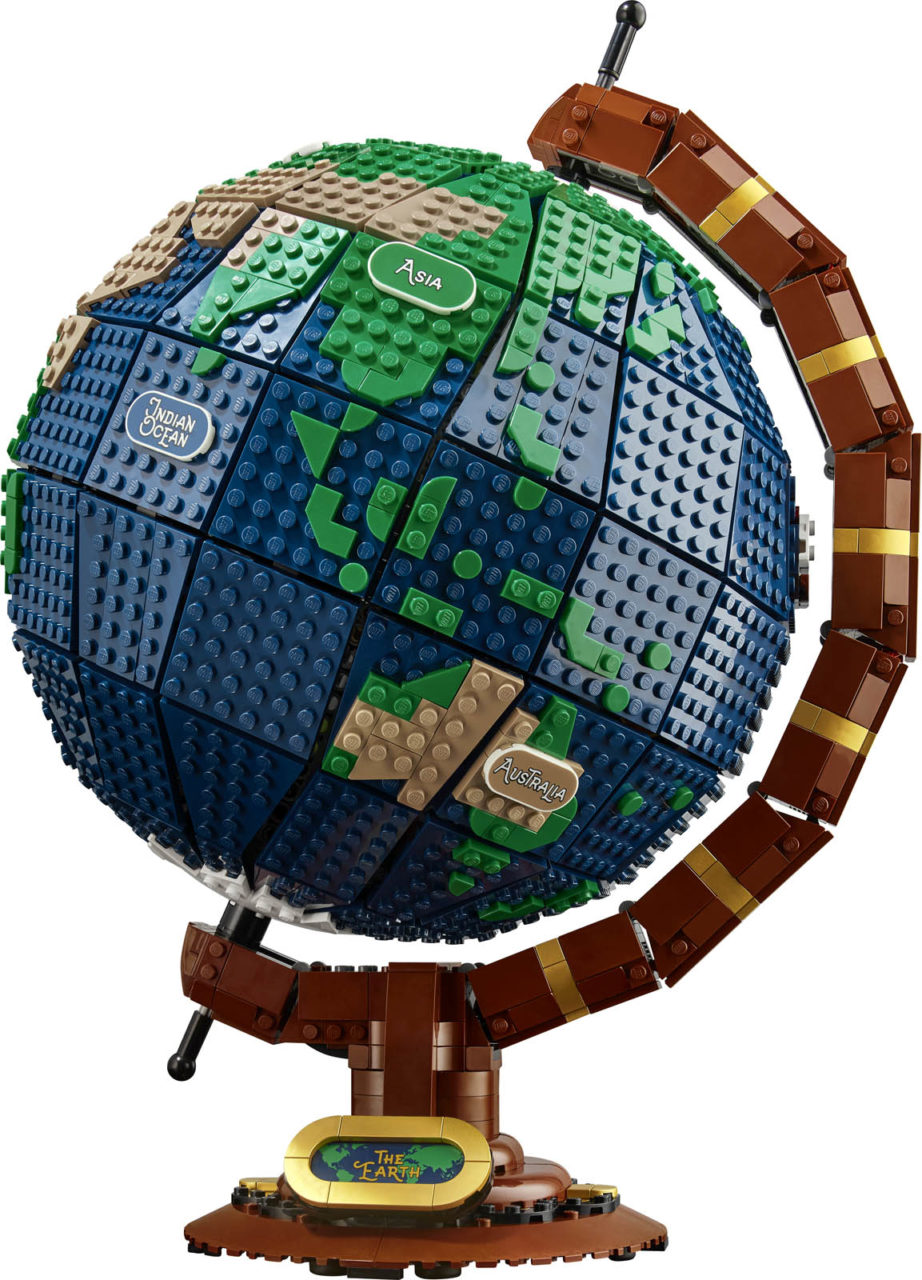 Visually, it doesn’t look like a whole lot has changed between the original submission and the final product. Some of the geography is different and the stand has some differences in color blocking. I’d imagine the internals are slightly different too for structural integrity. 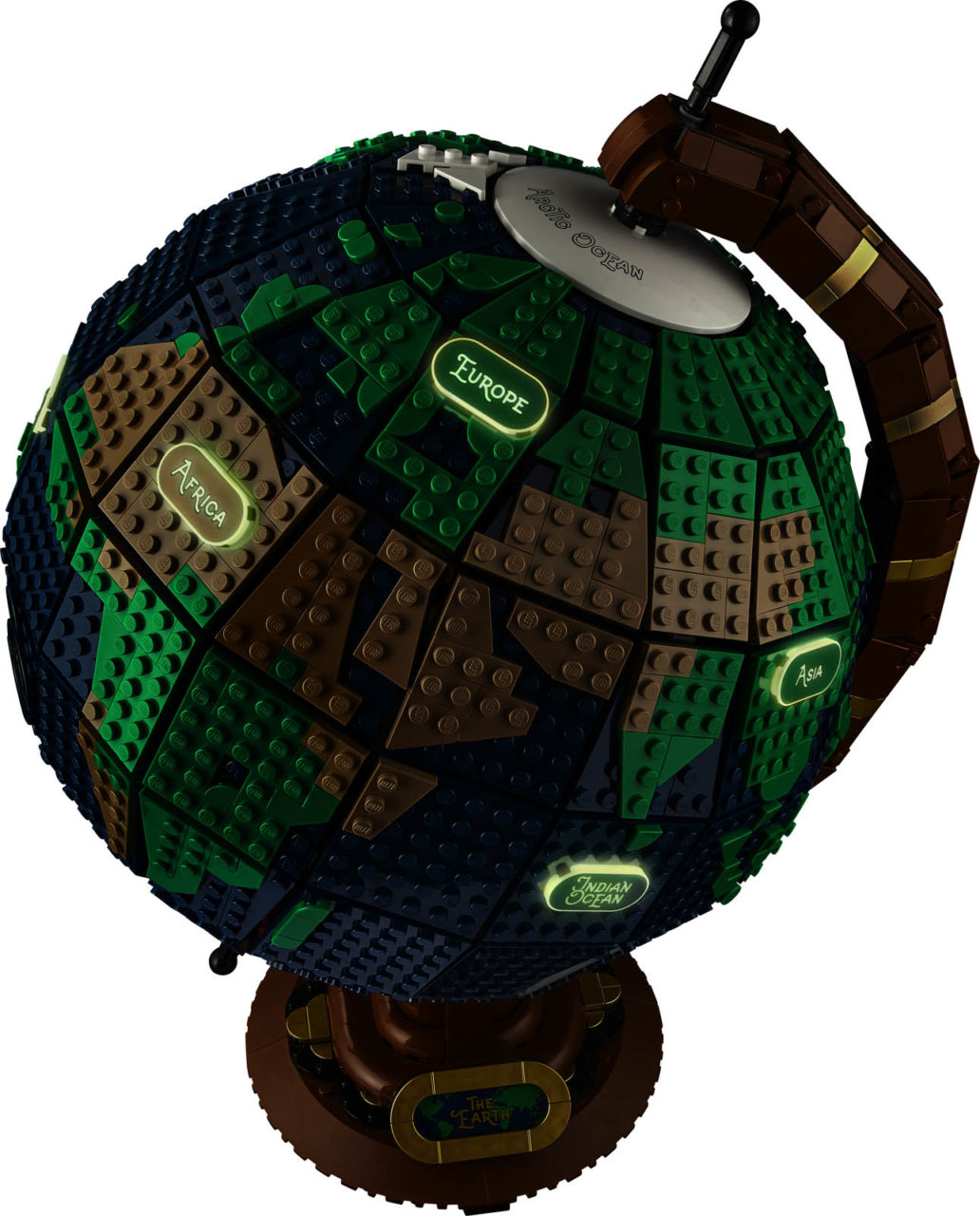 Probably the most notable addition is the glow-in-the-dark labels. My kid got a globe that acts as a nightlight. There’s a lamp on the inside that shows constellations when turned on. I’ll tell ya, the number of times my kids looked at the globe in the dark is exactly once so I’m not sure exactly what the appeal is to have glow-in-the-dark continent labels when you can’t see anything else. And couldn’t they spring for another gitd element for the bottom label, you know, the one that says “The Earth”?

Despite that oddity, I still like it. Like I said before, it fits firmly in the Ideas product line along with 21313 Ship In A Bottle, 21327 Typewriter, and even 21323 Piano. These are the kinds of sets I like seeing come out of Ideas.

You can visit the official product page of 21332 The Globe (affiliate link) for more information. Official pictures and press release are below.

Official Pictures for 21332 The Globe

Official Press Release for 21332 The Globe

The 2585 piece set beautifully shows a realistic, customizable vintage brick built earth globe, with printed names of the continents and oceans that glow in the dark so you can display and see the world at every moment. In addition, once built the set spins, a first for a LEGO globe.

The set was designed as part of the LEGO Ideas® platform, a LEGO initiative that takes new ideas that have been imagined and voted for by fans and turns them into reality. France based LEGO fan, Guillaume Roussel, was responsible for creating the concept for the LEGO Ideas The Globe – having been inspired by the tales of Jules Verne. Talking about how he approached the design, Guillaume said: “When approaching the design, I asked myself ‘what could be creative, educational and touch most of the world?’ And the answer was just ‘the world itself’”.

Federico Begher, LEGO Group Head of Global Marketing for Adults added: “What is so wonderful about this set is that, with a little imagination, it allows fans to discover the world through LEGO bricks. The globe is a symbol of dreams and aspirations of travel to come for all who are seeking a bit of adventure or for those looking to learn about our world. When reviewing Guilaume’s set we could see the passion he had for travel and adventure, but also for inspiring building fans everywhere. Our designers also relished the challenge of making this set spin.”

More information can be found online by visiting: www.lego.com/globe

To find out more about the LEGO Ideas platform and see how your LEGO ideas could be turned into reality visit https://ideas.lego.com/

About the LEGO Group
The LEGO Group’s mission is to inspire and develop the builders of tomorrow through the power of play. The LEGO System in Play, with its foundation in LEGO bricks, allows children and fans to build and rebuild anything they can imagine.

The LEGO Group was founded in Billund, Denmark in 1932 by Ole Kirk Kristiansen, its name derived from the two Danish words LEg GOdt, which mean “Play Well”. Today, the LEGO Group remains a family-owned company headquartered in Billund. However, its products are now sold in more than 130 countries worldwide.

For more news from the LEGO Group, information about our financial performance and responsibility engagement, please visit www.LEGO.com/aboutus.

About the LEGO Ideas platform
LEGO® Ideas offers fans the opportunity to submit their own brick creations with the chance to have their concept brought to life with the help of LEGO master designers and a share of the profits.