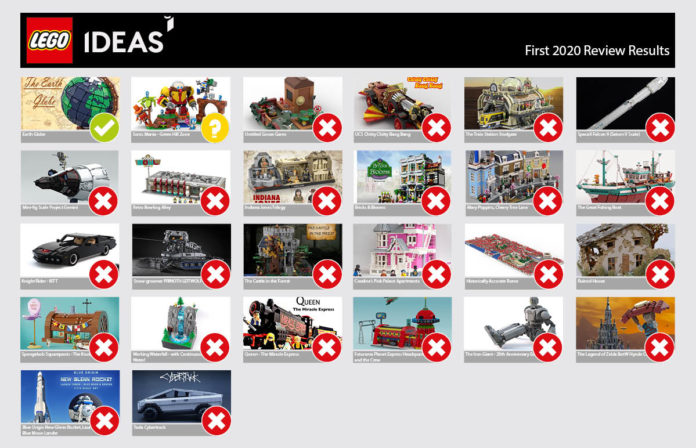 Out of the 26 products that qualified for the First 2020 review cycle, only one has been approved to move forward, one is still in consideration, and the other two dozen have been rejected.

The One That Made It 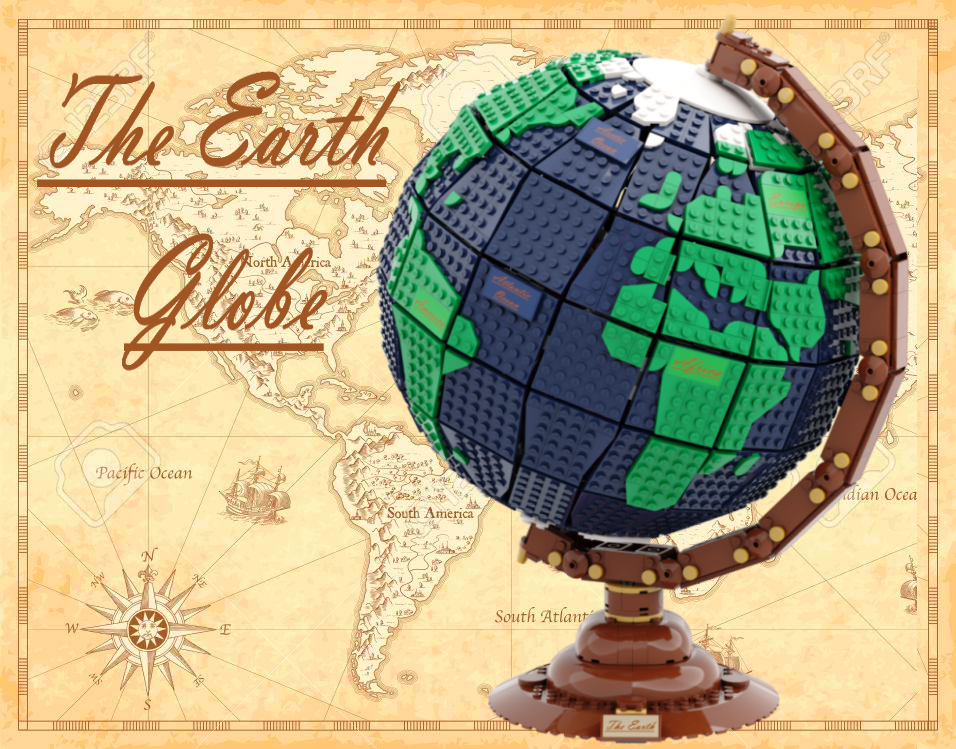 The Earth Globe by DisneyBrick55 is the sole project that is approved to become a set. I’m excited for this one and the globe fits right in with the Ideas product line.

The One Still Being Considered 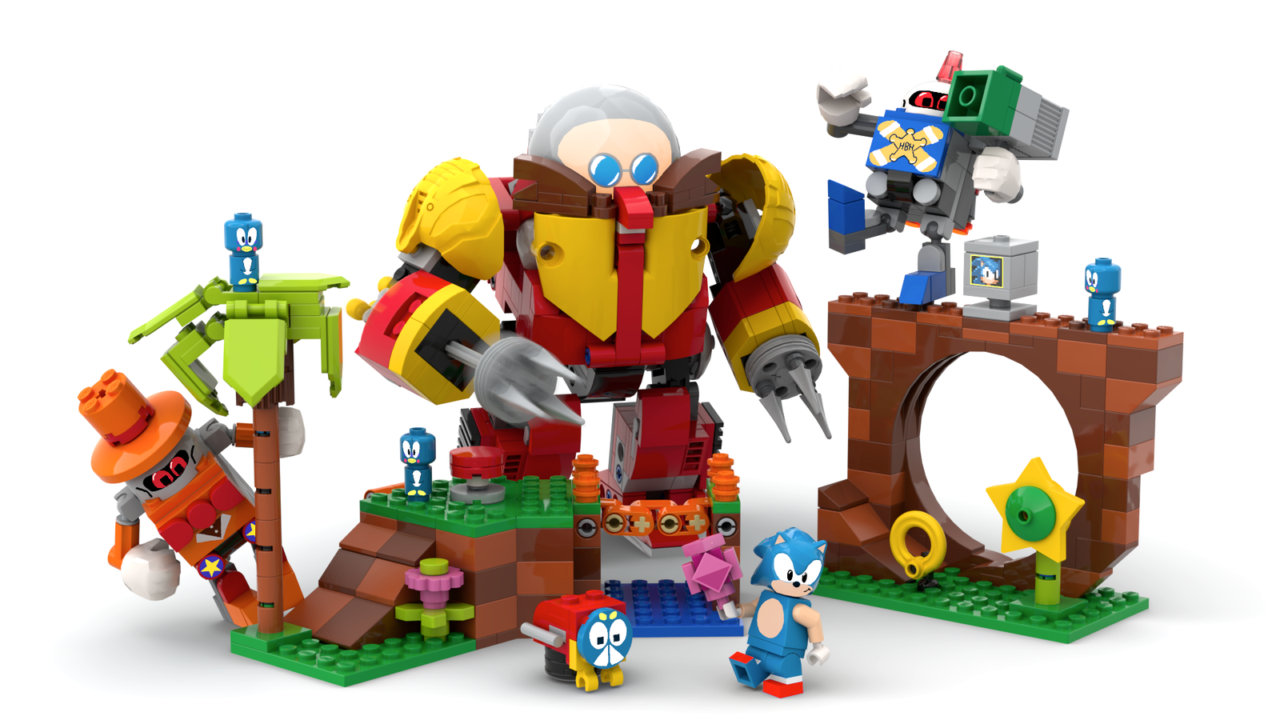 This one, Sonic Mania – Green Hill Zone by toastergirl, honestly seems like it might have a shot considering Sonic existed in the Dimensions line. But this would go against the “no existing licenses” rule.

The Ones Left Behind 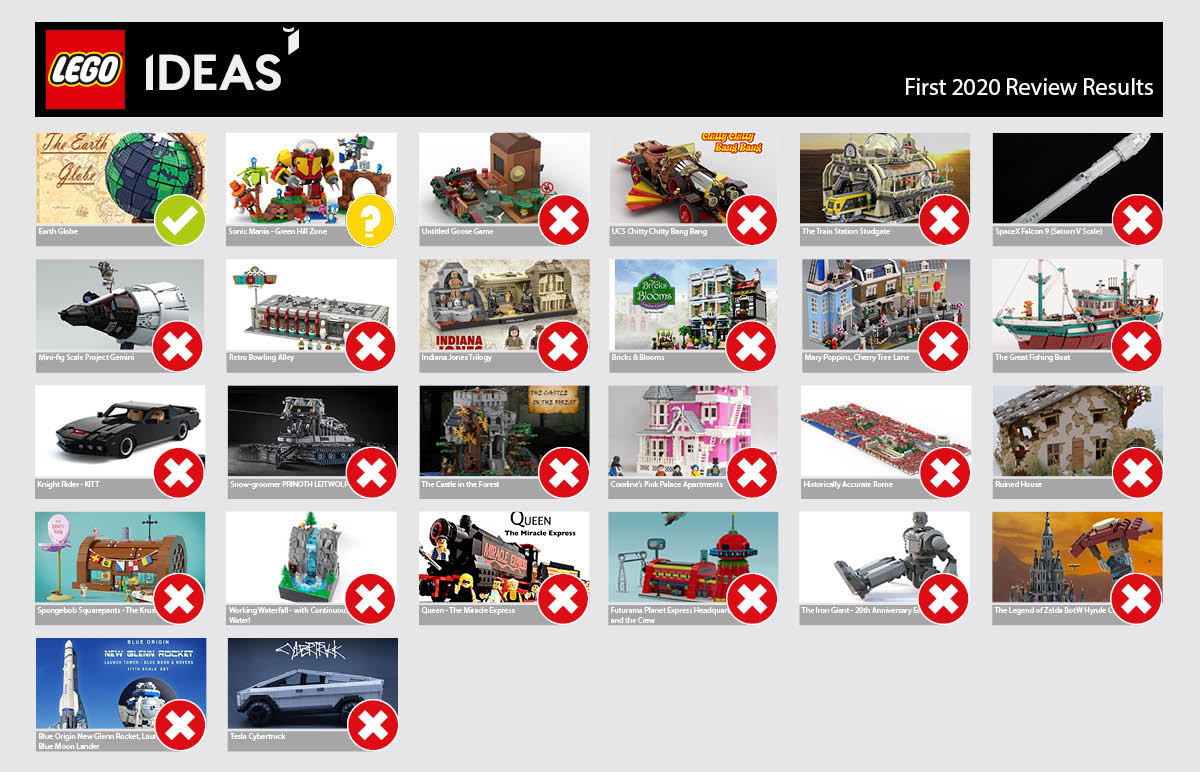 The other 24 projects didn’t make it. I was kind of hoping Iron Giant would have made it. I was expecting Knight Rider and Gemini Project to be approved too. Looking at the rest though, none of them seemed like they would really fit as an Ideas product. But then again, that’s what I’ve said about the sitcom sets so what do I know. 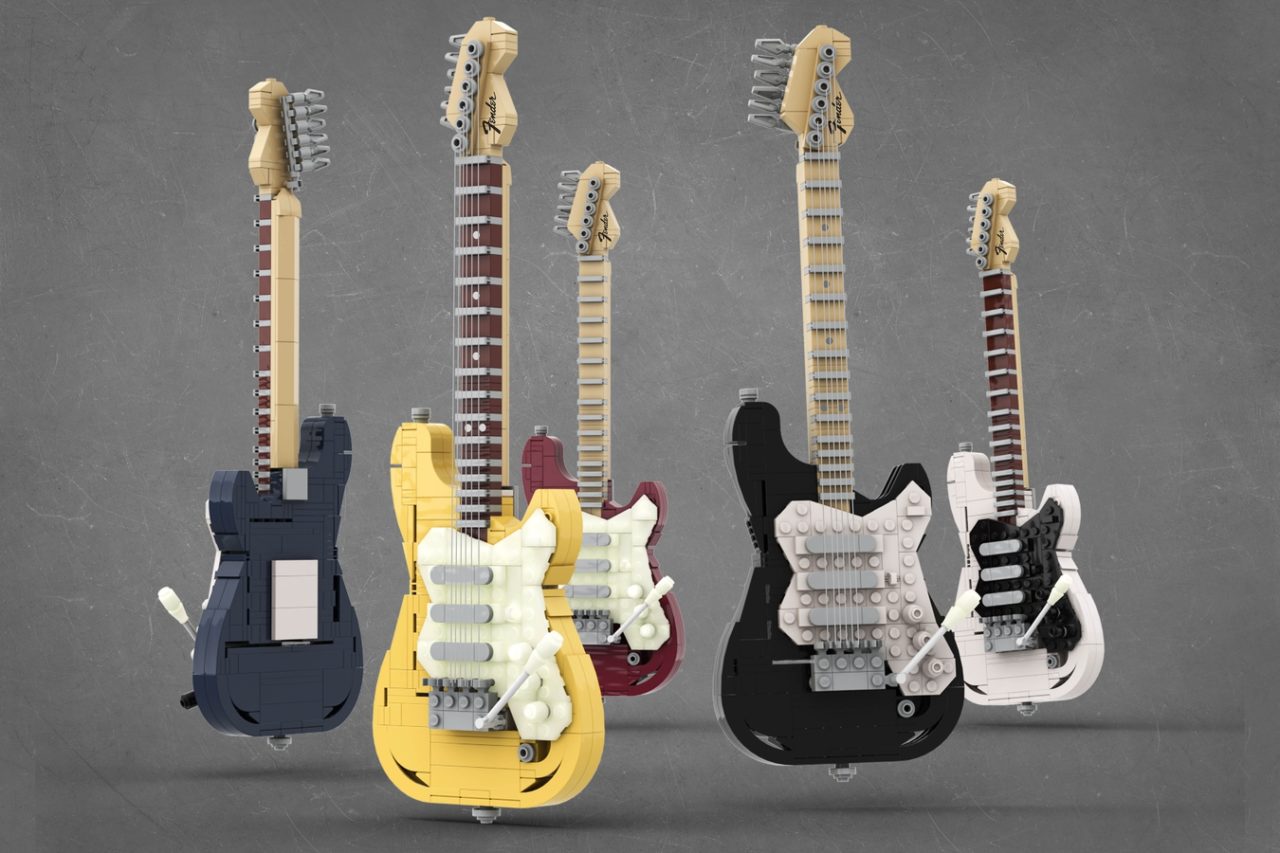 A couple of months ago, Ideas hosted a contest, Music To Our Ears, where you can submit a music themed build, put it up for vote, and then hope it becomes a product. The review team picked Legendary Stratocaster as the product they’re going to make despite it coming in near the bottom, 7th out of 9 entries. The top fan favorite, Daft Punk concert with LEGO Night Mode, didn’t make the cut which is disappointing in a lot of ways. Ideas never promised that the winner of the poll would become a set and that all 9 entries would be considered, but it would have been nice to see the winner to, you know, win. 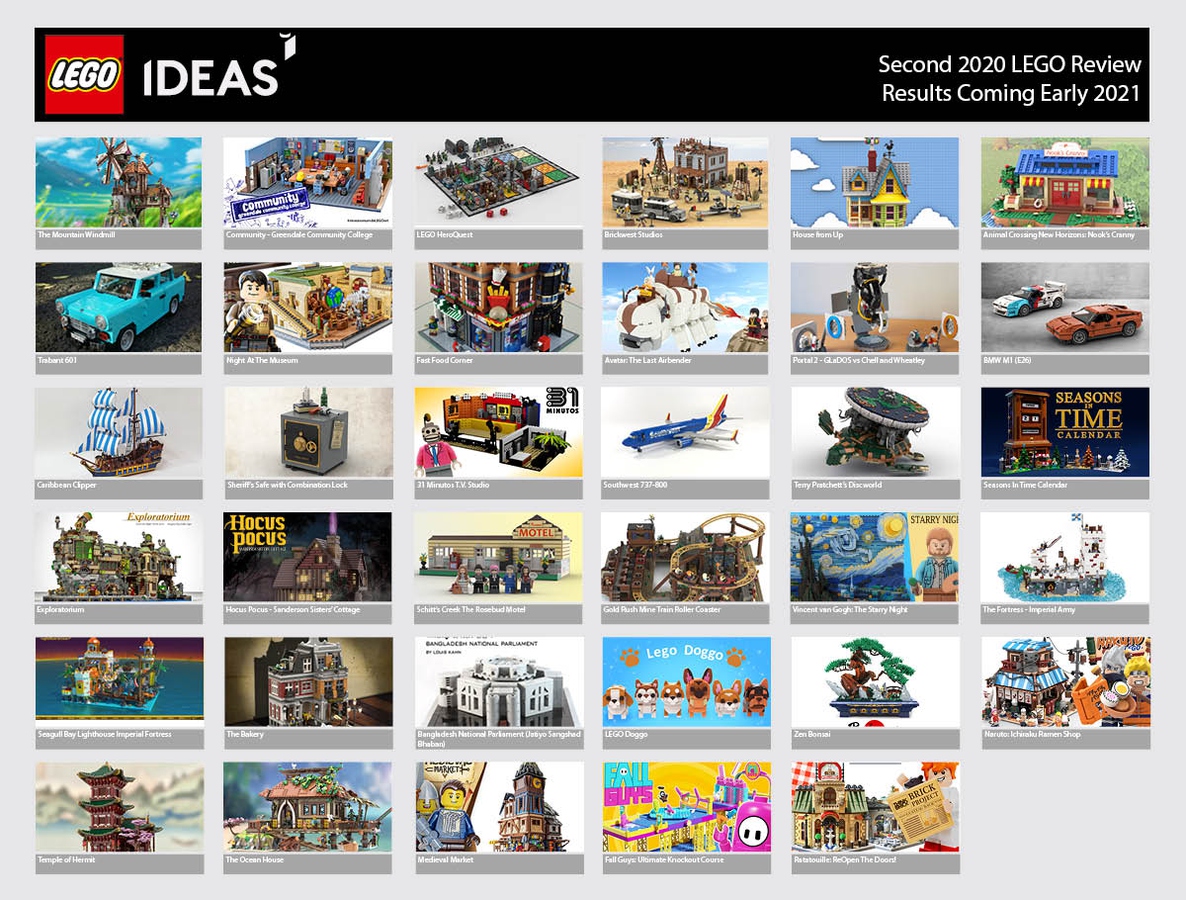 The Second 2020 Review with a record-breaking 35 projects will be closing soon. That’s, like, a lot.