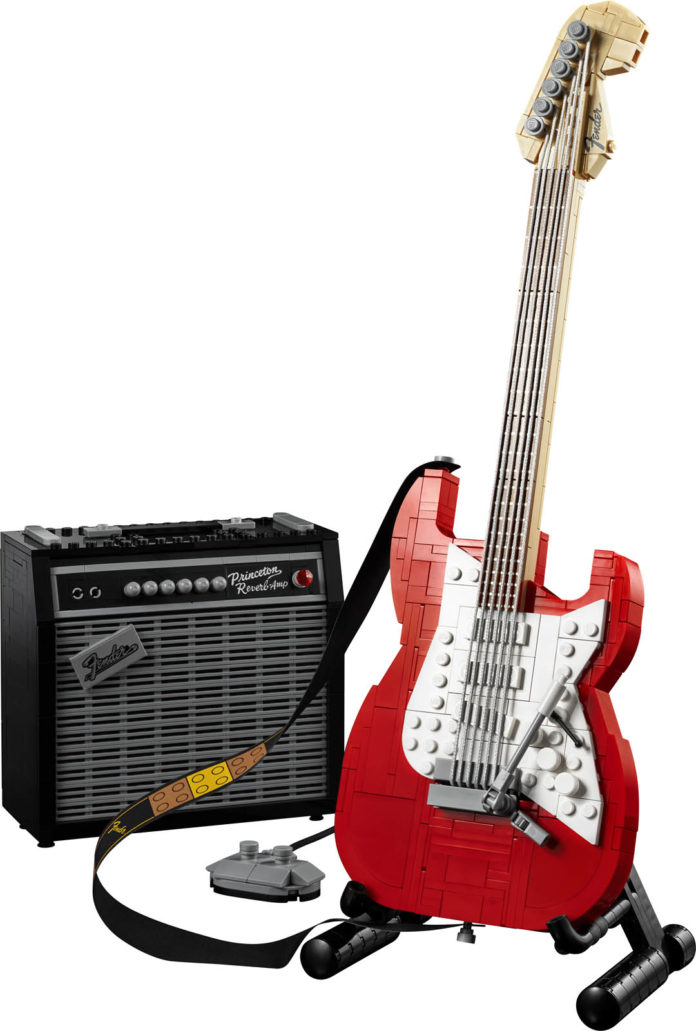 After almost a year since the close of the Music to Our Ears contest, LEGO Ideas finally revealed the final design for the Fender Stratocaster set. The set has changed from submission to final product of course. Rather than getting 5 small guitars like the original idea had, you’ll now only build one version, either red or black, but the set will include both color pieces so you can build whichever color you prefer. Of course once you get this set you’ll be able to customize to your heart’s content and make any number of Stratocasters in any color you want. 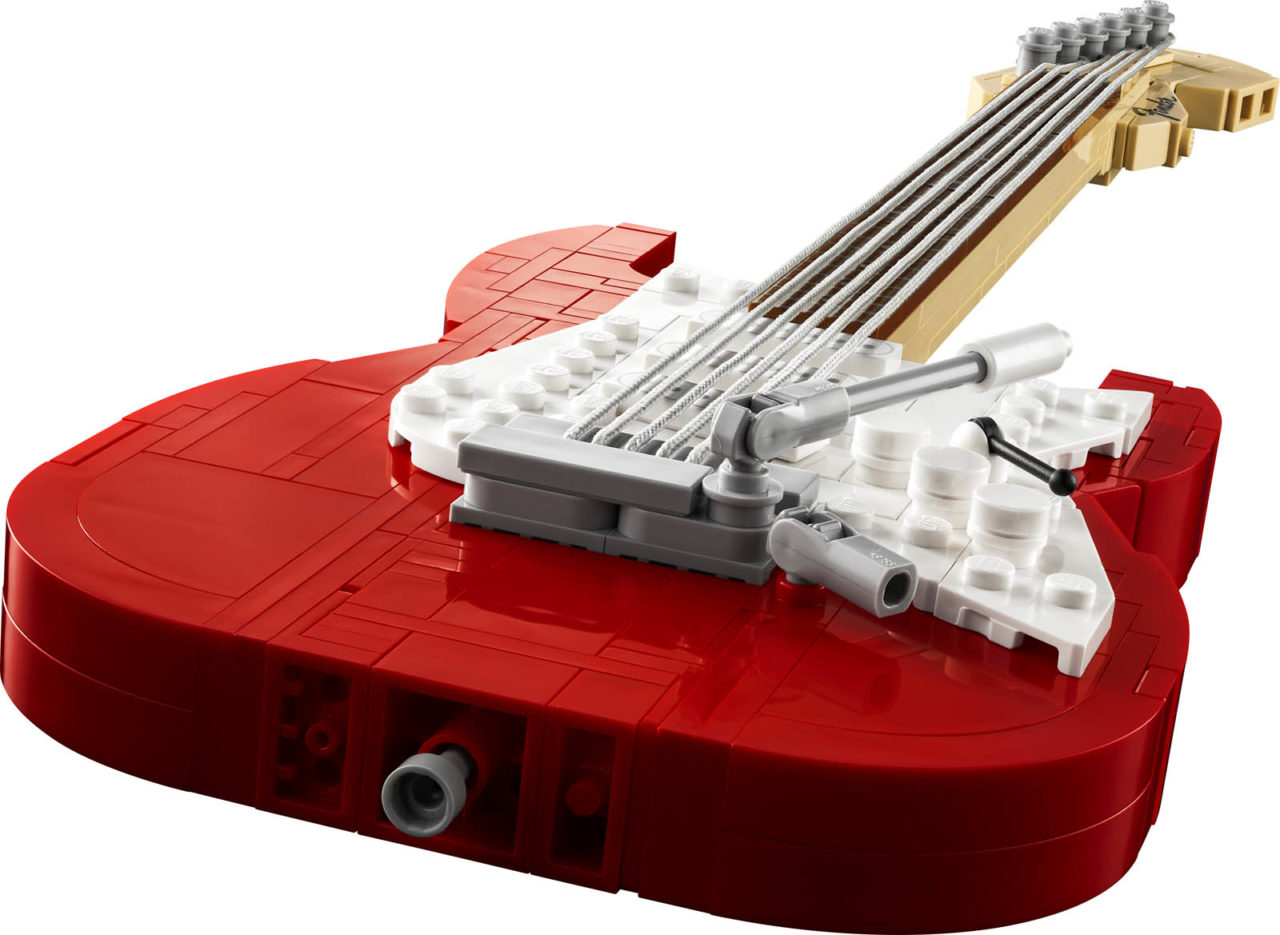 The final ready-for-retail model of the LEGO Fender Stratocaster is also much larger, allowing for more detail such as actual strings, tuning pegs, and a tremelo arm. There’s also a custom strap included which is pretty neat. 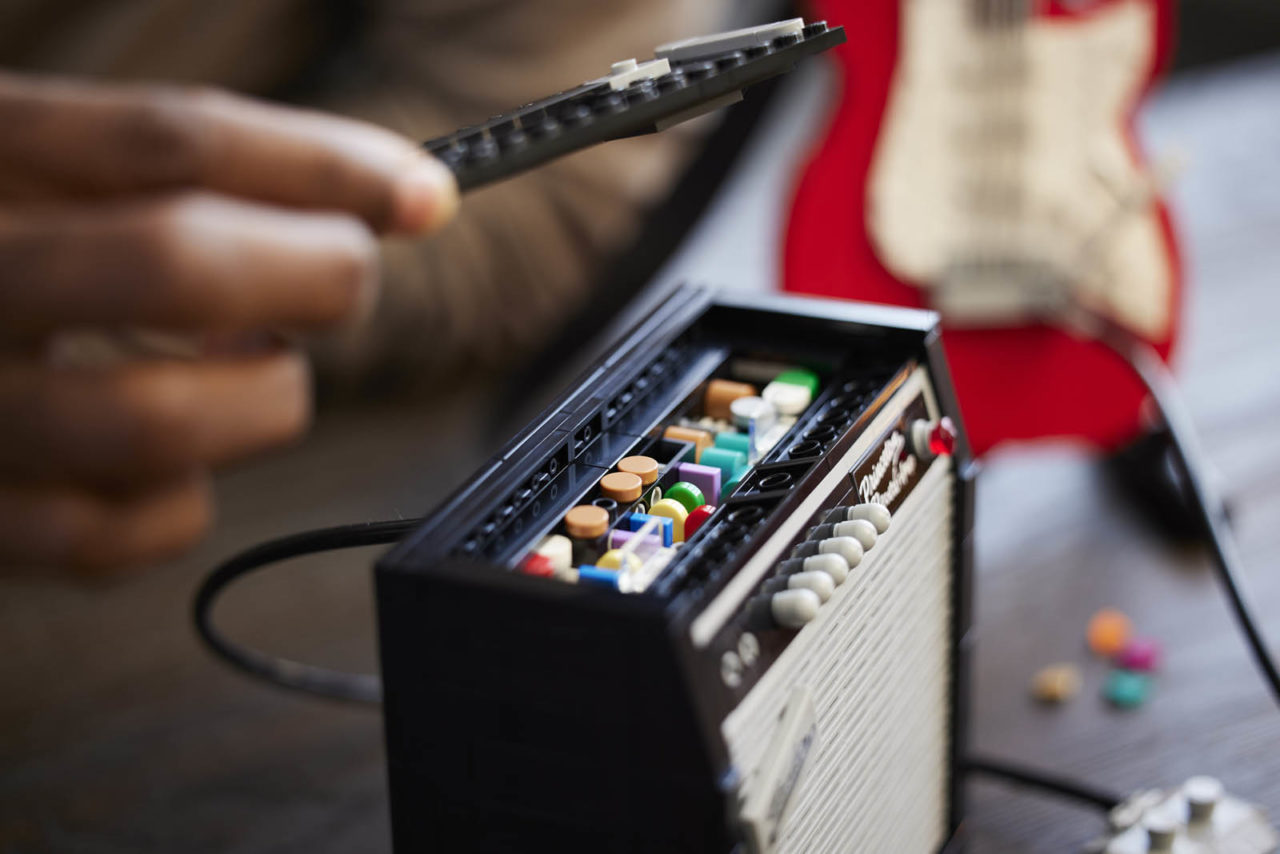 There’s also a guitar stand, amp, and foot pedal you can build as part of the set. 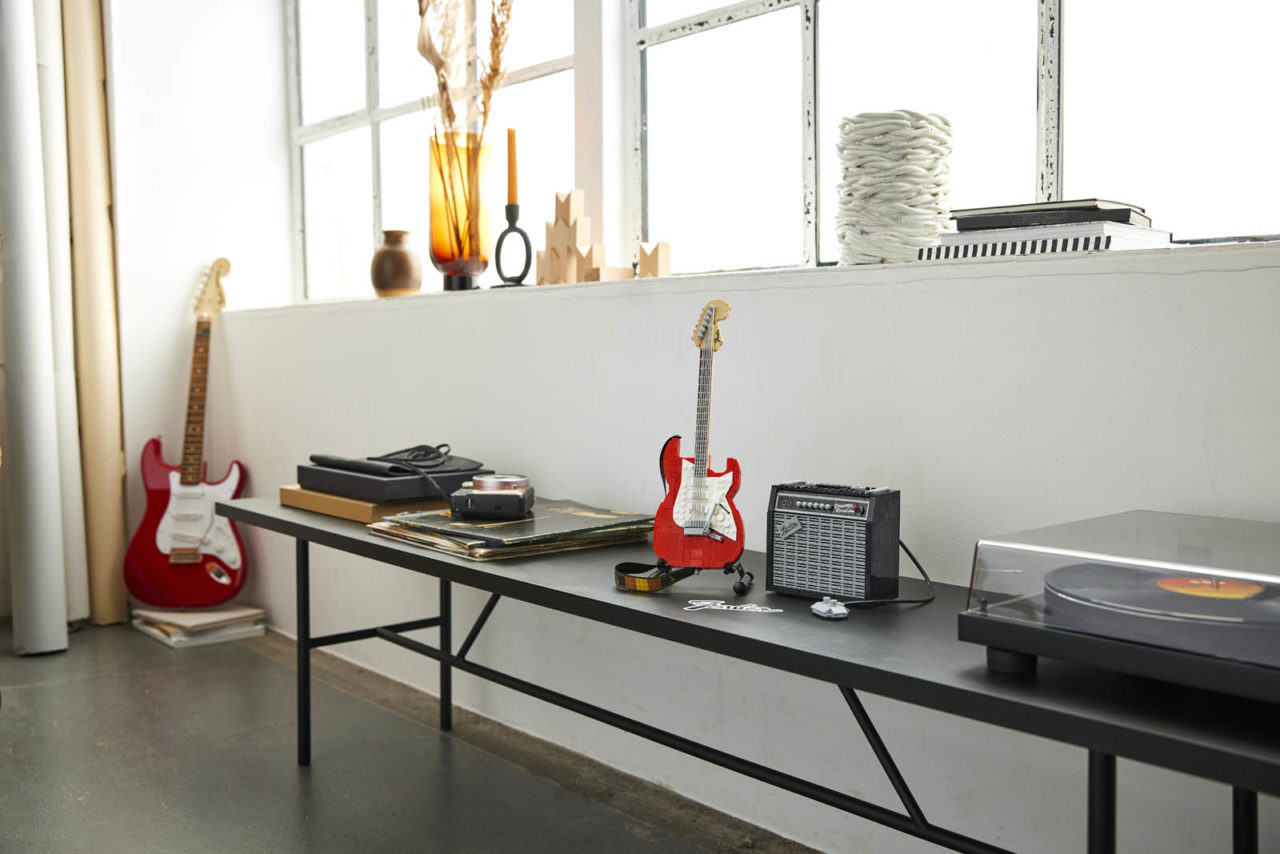