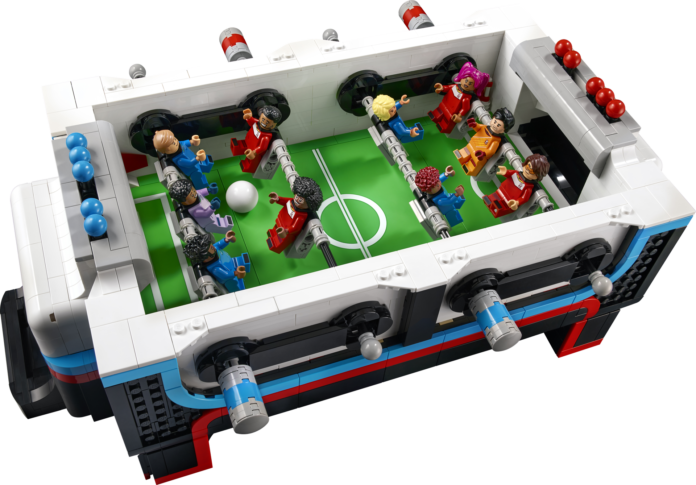 I should probably set a cap on the number of Waterboy references I get to make in this post, because as a man in his 40s with a brain firmly stuck in the late 90s and early 00s, that’s where my brain goes. I’m going to try to limit myself to one… but I promise nothing. 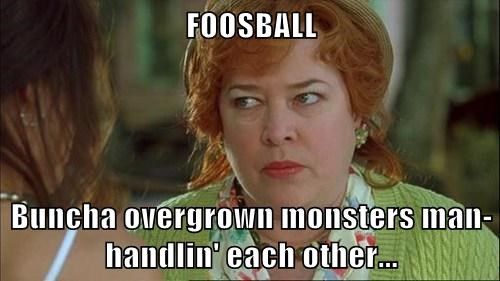 When the rumor mill started flying yesterday that this announcement was coming, before any pictures were available, my brain went flying back to my college and many, many hours wasted in… let’s say less than fully sober states playing the game in my dorm. Fun fact, I’ve owned two Foosball tables in my life, and never assembled either of them. I don’t have either one anymore, as they were both “given away” without my knowledge by a family member while I was at college. I still play it every time I’m out somewhere and see it, have someone with me, and need to be reminded that I’m old (which isn’t all that often anymore).

This is… honestly, a confounding set to wrap your brain around. On the surface, it’s clearly a gorgeous little set. But… it’s also just so tiny. It really works! But it looks like it’d be so frustrating to play almost immediately. I mentioned in our Discord that it reminded me of the office gifts you get that are miniature versions of larger games, like darts, pool, or things like that. They’re fun for like… three minutes, then they go into a drawer until you’re asked to move desks (or pack for a pandemic) and go “oh yeah, this thing,” until the cycle repeats itself. So it’s likely more frustrating than fun to play, given it’s very small size.

The real raw of this this set, though, is in it’s absolutely massive minifigure collection, allowing you to swap out and customize your players. Always follow rule #2 of the internet and never read the comments, because everyone here at FBTB knows exactly how critical representation is and this set is an example of absolutely doing it right. Yeah, this is one of a very small number of “non-licensed” sets that opts for flesh tones instead of Yellow to do some of that, and you know what, that’s actually great.

For that person who’s going to go bang out the comment that “I’ve always seen Yellow as an inclusive color” – save yourself the time. First, you’re wrong. Second, no, seriously, you’re wrong. Third, let’s make some basic assumptions  – that you’re likely male, most likely American or from western Europe, probably light skinned, and have almost certainly been able to build something that approximates how you look in LEGO for a very long time.

Others have been asking for more, and inclusion, for a long time, and having a set out there that expands things for them hurts you in no way. So save us all the time from reading you rehash the same wrong thing over and over. Yellow minifigs are fine, and iconic, but “inclusive” they a’int. We’ve had both yellow and flesh-tone minifigs for years, even existing in the exact same time (the LEGO movies were a thing), everyone will be fine. 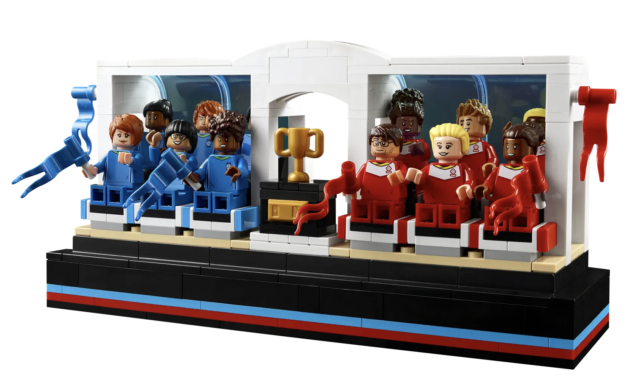 Clearly, while this represents a staple of dorm rooms, rec centers, and defunct arcades everywhere, it’s meant to really go after the football fans around the world (or, Soccer for those Americans who like to make fun of the sport more popular than all “American” sports combined – then cricket, then basketball, then hockey, interestingly).

The set comes with a stunning 22 minifigures, with different head and hair combos. Some highlights include one with hearing aids, a few with glasses, and probably the single coolest little touch, a figure with vitiligo. There is a downside of course, and that’s the cost… the set comes in at a hefty $249.99 US / £241.99 / €249.99. Even with 22 minifigures and 2339 parts, that’s a pretty big ask for a small set. It’s very cool that it’s fully functional, but it’s just too much in my mind. It feels like they could have brought the price down at least $50 to make this a far more attractive purchase. 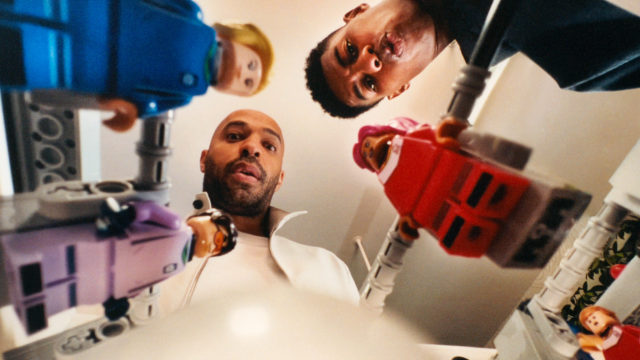 21337 Table Football will be available starting on November 1st.

Here are the full details of the set, from the press release:

6th October 2022: The LEGO Group has revealed the ultimate global celebration of play with the launch of the new LEGO Ideas Table Football set. From the highs and lows of the goals to the cheers echoing throughout the stadium, football lovers can now build and play their favourite game with this exciting new fan-designed LEGO set.

The first to test the new fully functional table football were legendary football icon, and World Cup winner, Thierry Henry and current Manchester United and England star Marcus Rashford MBE – who take on each other with their team of minifigures in a new video . Each player can first build their five-a-side team of LEGO minifigures plus a crowd of teammates and fans that watch from the sides from over 60 different elements before competing in a match.

The LEGO Ideas Table Football set honours football players and fans from around the globe and features a diverse line-up of minifigures. In total, 22 different minifigures can be built to play or watch with a diverse range of hair styles, facial expressions and skin tones to choose from. The portable size of the set means it is perfect for transporting to play with friends and play ‘away’ or ‘at home’. It also makes an ideal display cabinet piece.

Thierry Henry says: “Throughout my career I’ve played football everywhere you can imagine – from my garden to stadiums across the world and now in a LEGO Ideas Table Football set! LEGO play is all about harnessing the unifying spirit of sport to rebuild the game for fans everywhere. I am very excited to see the new LEGO set bring people together across the world as they master the table football game in brick form.”

Also talking about his involvement in the campaign, England and Manchester United star Marcus Rashford said: “I love building with LEGO bricks – but to now build and play football against Thierry Henry in LEGO form is amazing! Football brings fans together and it is great to see that the LEGO Ideas Table Football set does the same.”

The set was designed by 16-yo Hungarian LEGO fan Donát Fehérvári as part of the We Love Sports Contest on LEGO Ideas, and then made into a real set by LEGO Designer, Antica Bracanov,who said: “What makes the LEGO Ideas Table Football set so amazing is that it harnesses the spirit of sport. Donat’s design champions the shared rollercoaster of emotions that fans experience when watching football games. At the LEGO Group, we are incredibly proud to have brought this set to life, allowing fans to swap football boots for bricks, and be inspired take part in the game of play, for the love of play.”

Bringing culture, creativity and play together, the new LEGO Ideas Table Football launches as part of the LEGO For The Joy of Play campaign at 35–37 Rue des Francs-Bourgeois in Paris on 29th – 30th October.

The two-day event will feature the opportunity to compete in the ultimate LEGO Table Football competition, plus talks from inspiring speakers and the chance to get hands-on with LEGO bricks with an amazing mural and free building areas. In addition, Thierry Henry will be present at the event. For more information and tickets visit www.lego.com/table-football.