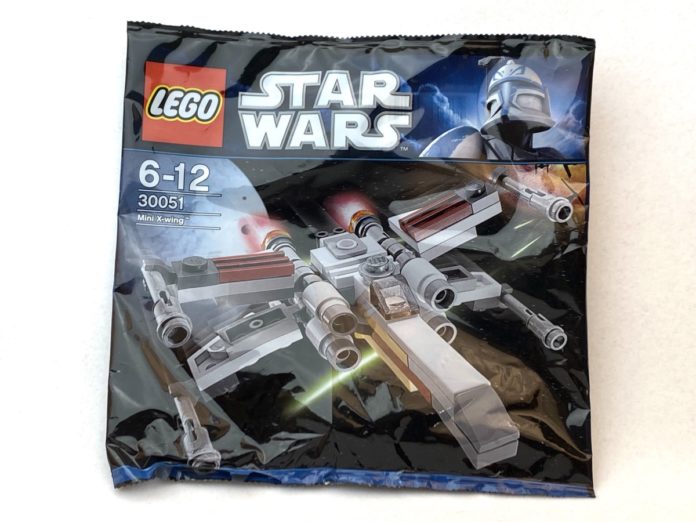 Today’s set, 30051 Mini X-wing, is the third X-wing mini polybag I’ve reviewed. One was a sequel trilogy X-wing, 30386 Poe Dameron’s X-wing Fighter, and one was an OT version, 6963 X-wing Fighter. This one, just like the others, does a few things right, and a few things wrong, but overall it’s still a winner. This is going to be an odd review because I’m just going to point all the things I didn’t like or could have been better but still give this a thumbs up. 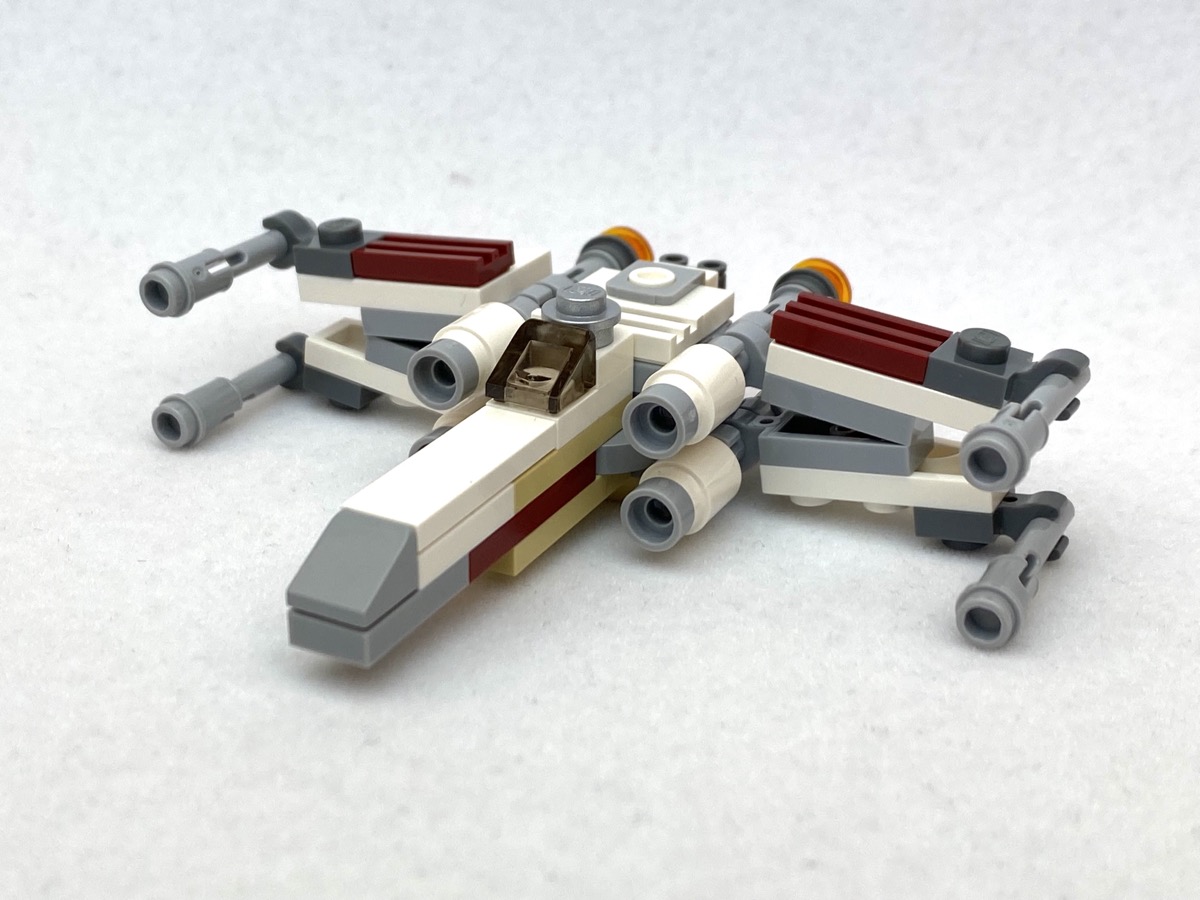 At first glance the X-wing looks pretty awesome. There’s a ton of detail coming from the myriad of parts. But looking at it a little closer, there’s a bunch of misses. 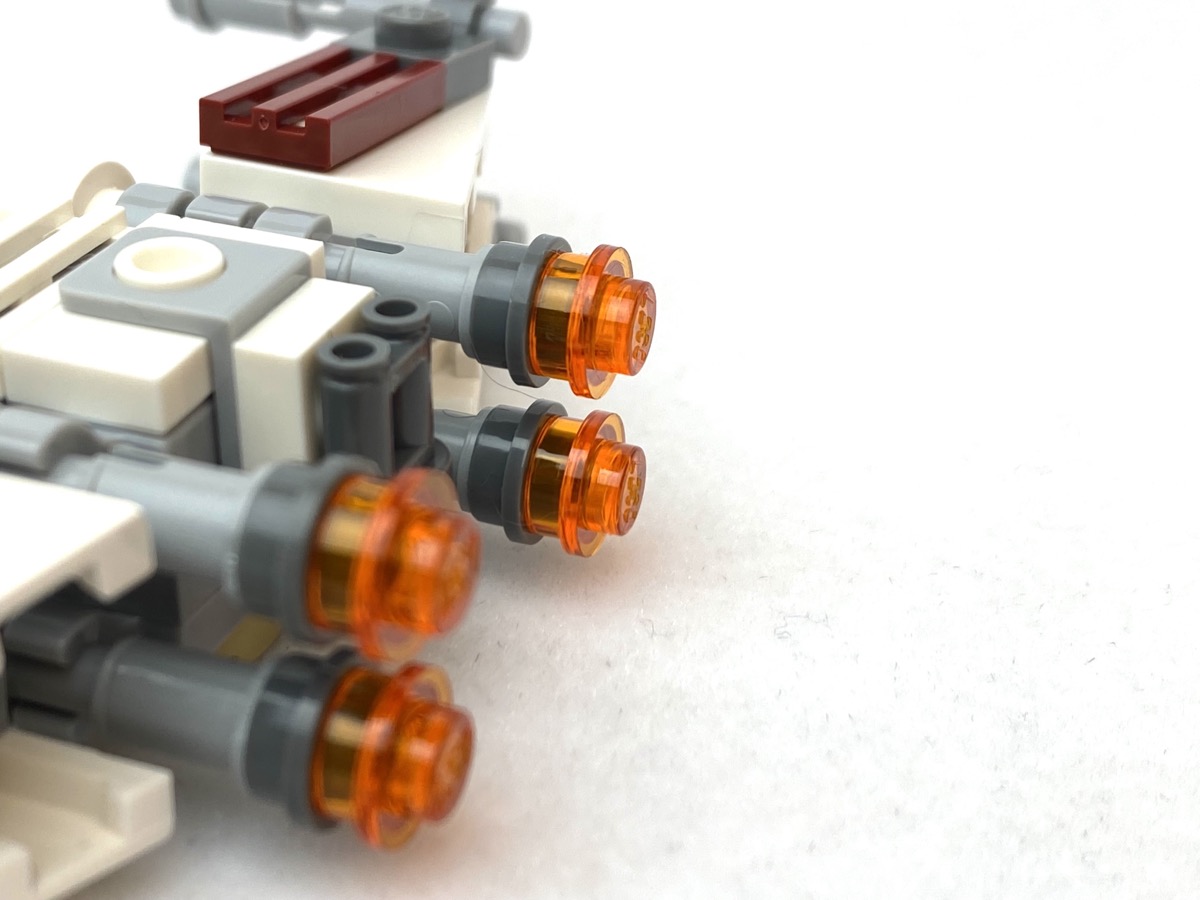 Starting at the back, the trans-orange 1×1 round plates for the engine glow should have been trans-pink. They cap the classic space antenna rod which might be a bit too long. 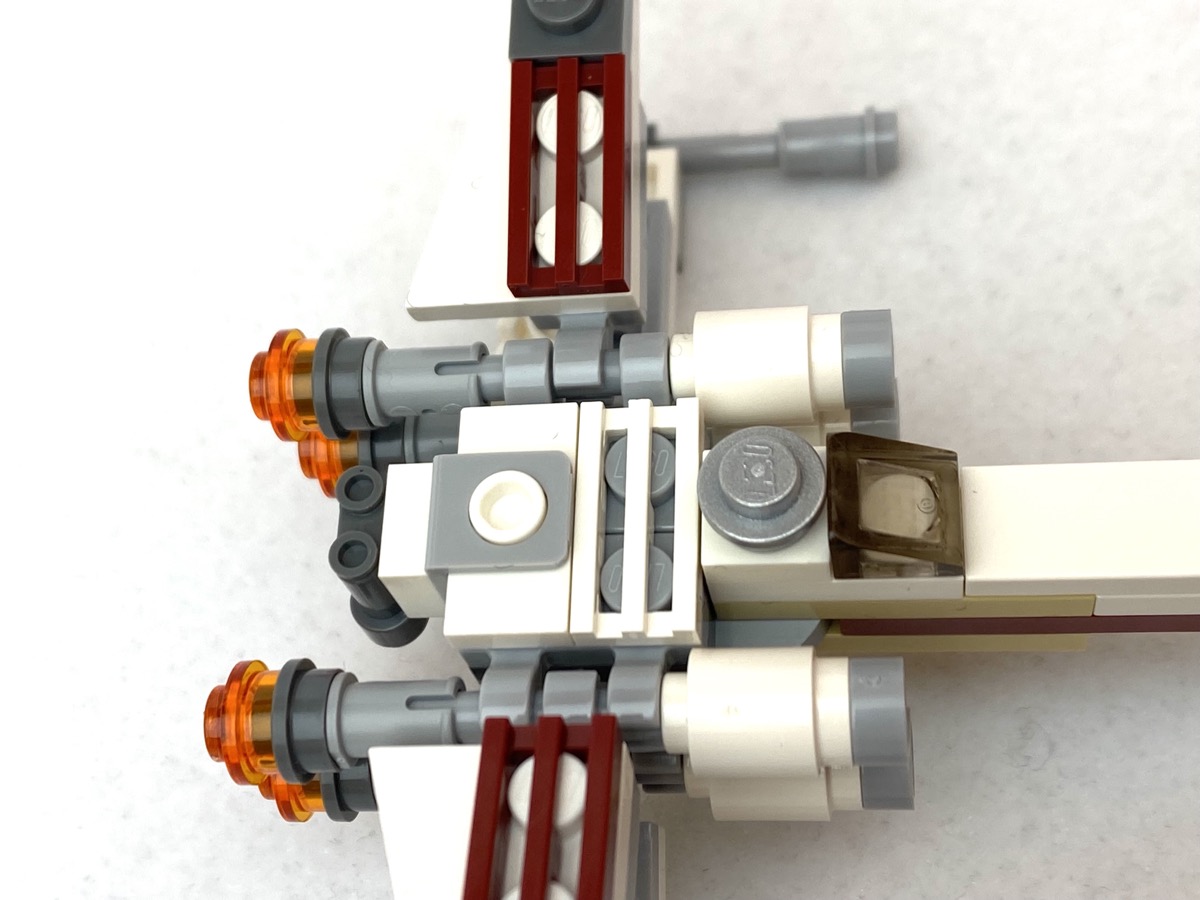 The other end of the antenna has a 1×1 round brick for the engine intakes. They look too large and extend right up next to the cockpit. 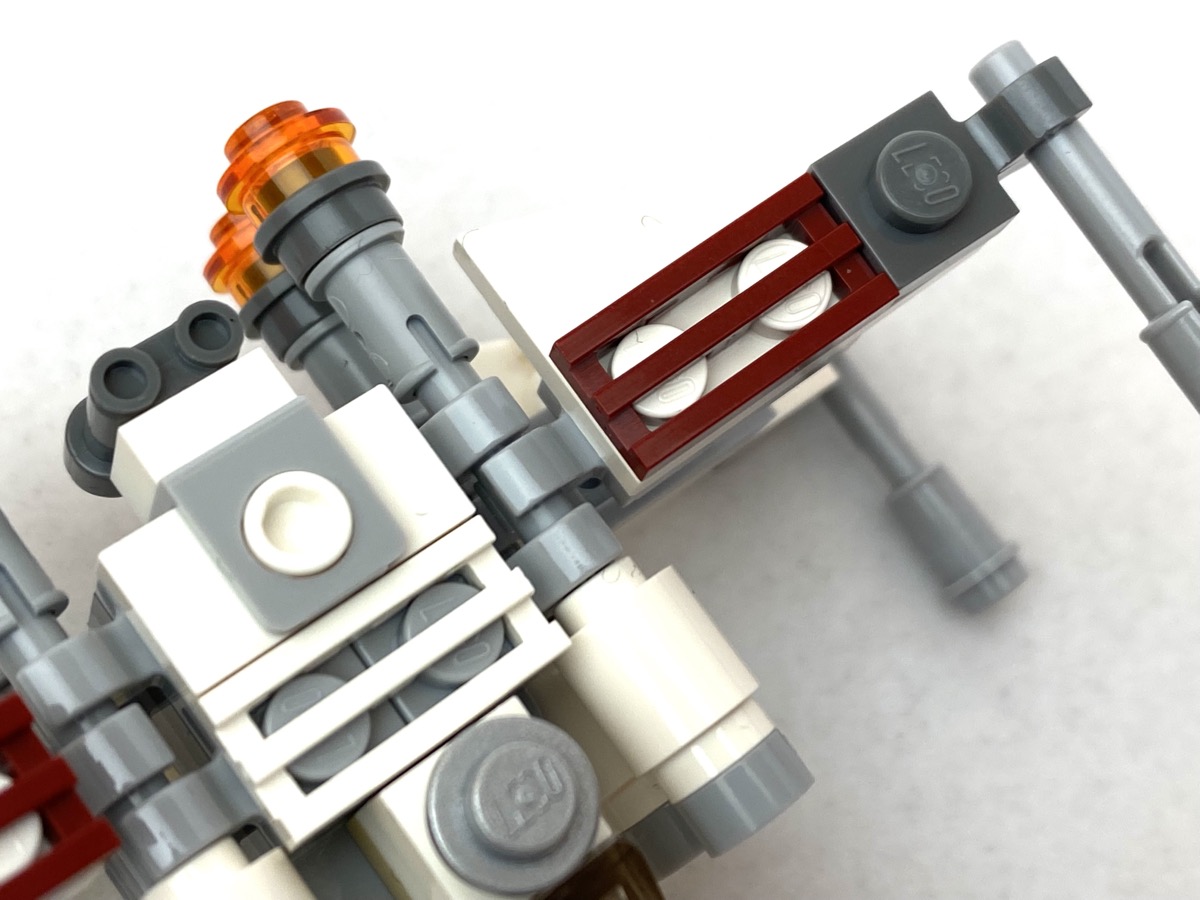 The wings are where it needs the most improvement. The top and bottom wings on opposite ends are, in my opinion, supposed to be symmetrical. I’m probably completely wrong on that though but it just makes sense to me that they would be. It would be cheaper to manufacture two different sets of wings instead of four. And plus it would just look nice and even. 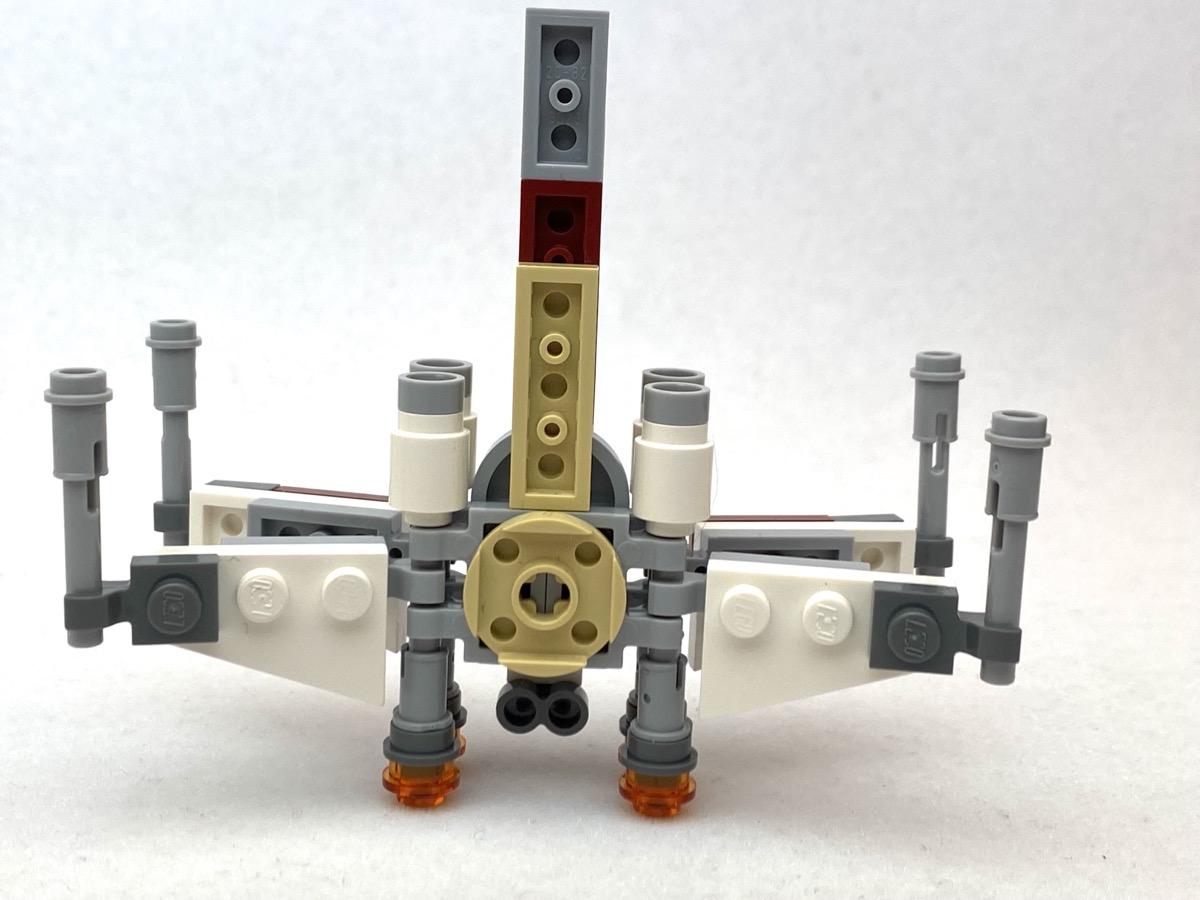 I bring this up because the top set of wings have a 1×2 dark red grille tiles but they are absent on the bottom set. I just can’t think of any reason why they wouldn’t have it. 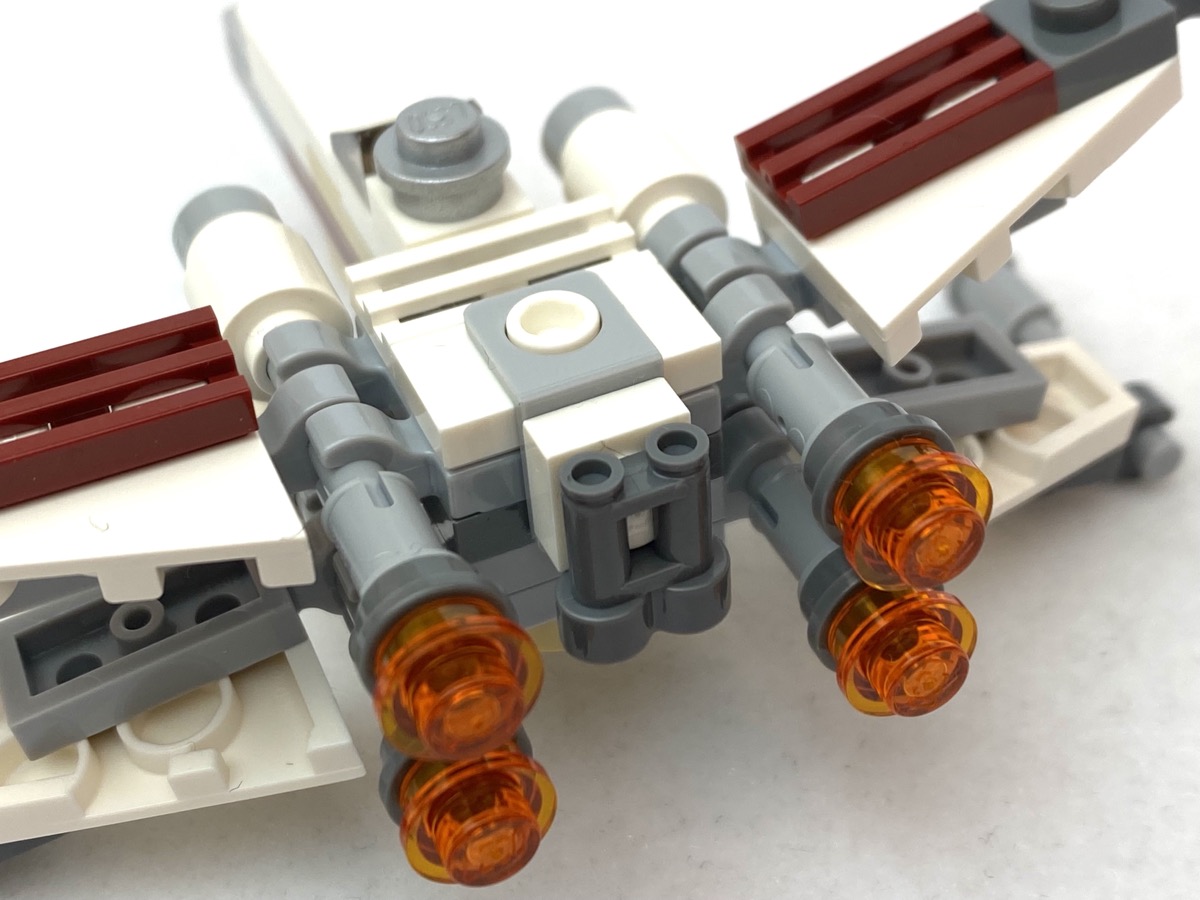 The area behind R2 feels expansive and huge. It feels too wide and that is a direct product of the 2×3 modified plate used as the foundation. Until LEGO decides to make a 1xn plate with clips on both sides, I think we’ll be stuck with this dilemma for awhile. Even Poe’s X-wing had the same issue.

I will say though, that unlike Poe’s X-wing, it’s not just a giant blank tile. At least here there’s a white grill tile, a jumper plate, and a neck bracket holding a pair of binoculars vertically in the back. It’s a nice level of detail and probably the one time I’ve come across a good usage of the binoculars element (and it’s probably because it’s not used as a a weapon). 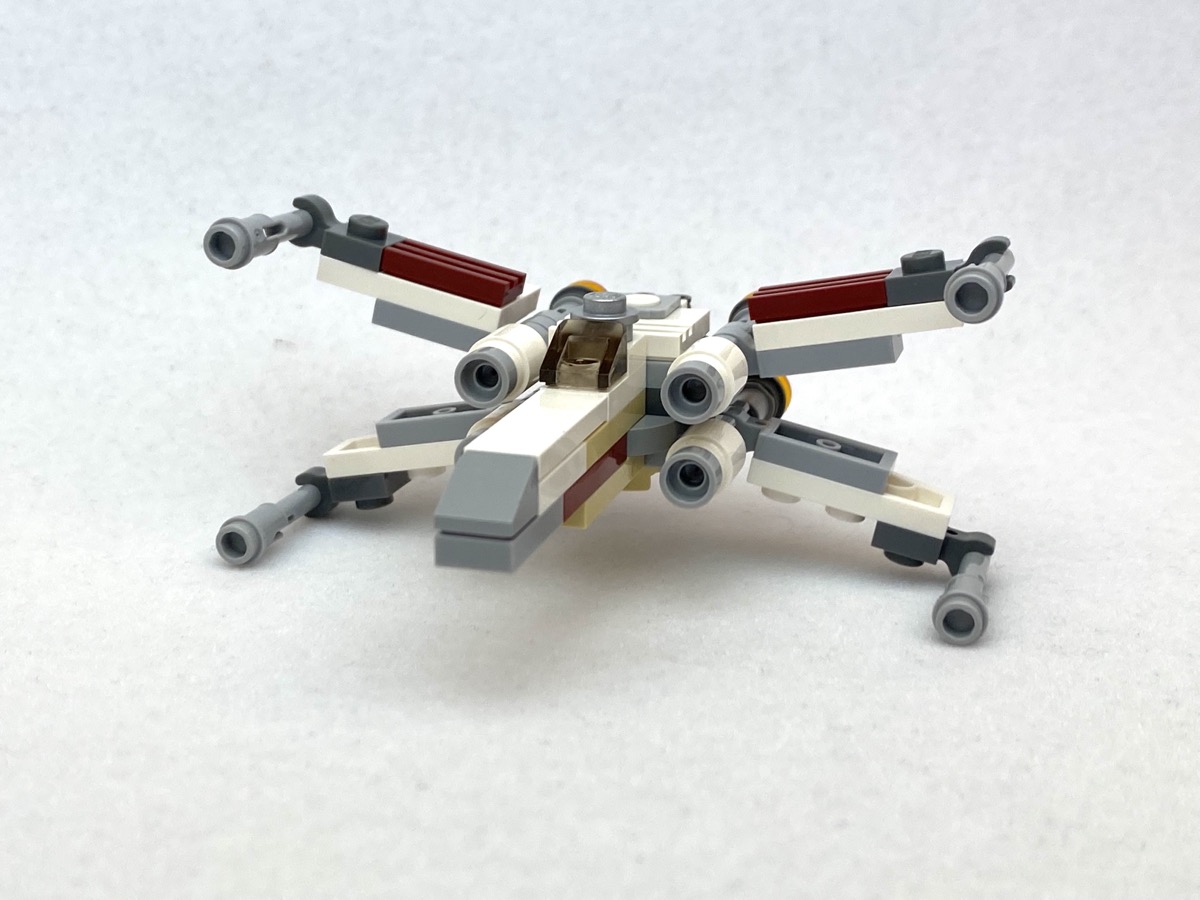 This set rocks! Complaints aside, it’s still a great mini rendition of one of the most iconic ships in Star Wars. It’s a nice hefty size and if you take the best parts of all three X-wings we’ve reviewed on this site so far, you can Frankenstein one together that would just be mind-blowingly awesome.