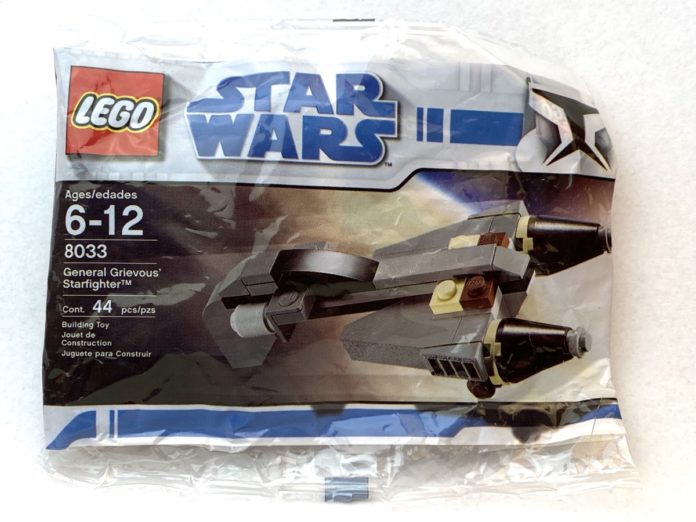 I’m a little late on this one but bear with me, we’ll get back on track soon enough. 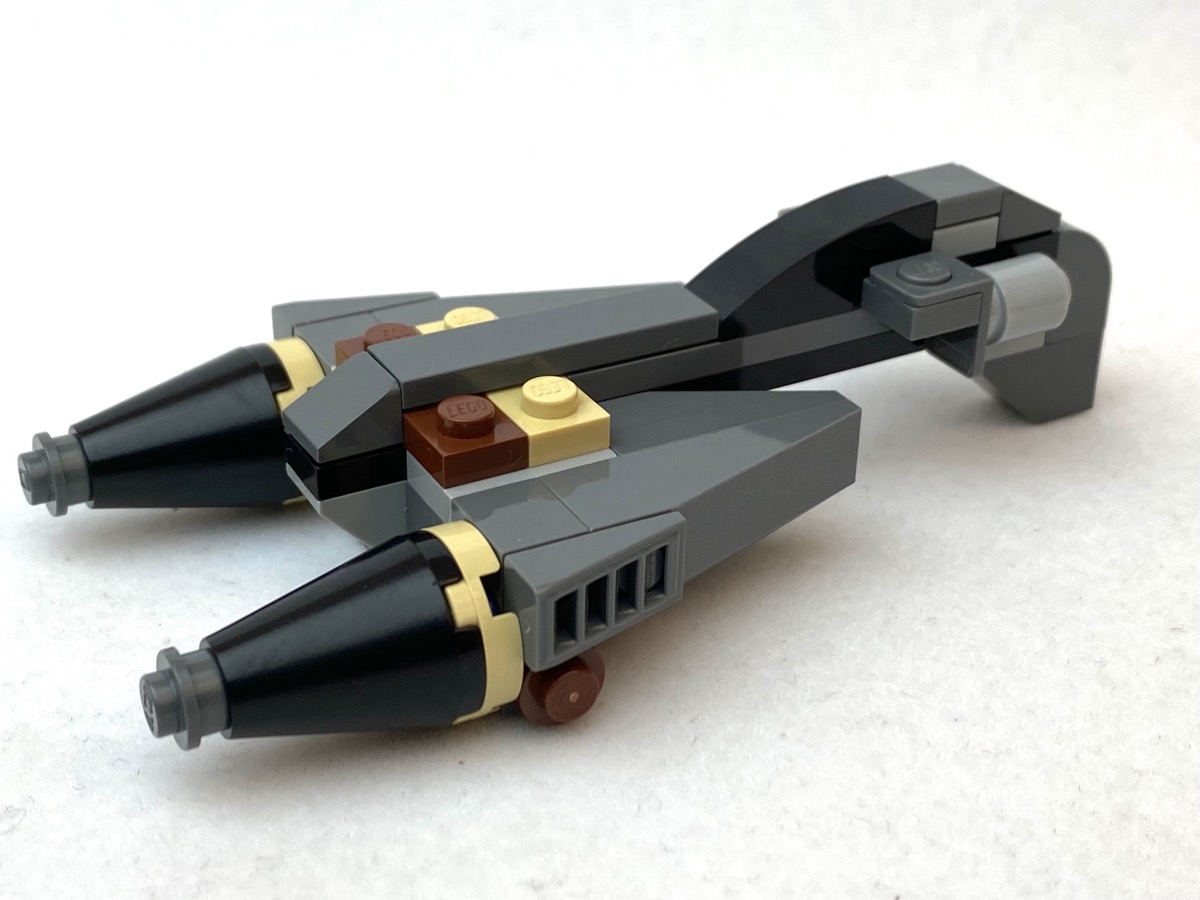 Building this set was probably one of the best building experiences I’ve had with a polybag. While constructing the starfighter, it starts off feeling rather fragile. The main fuselage is only 1-stud wide. There are a lot of 1×1 elements that do wonders for my OCD but aligning those elements to make them nice and flat and even is just downward press on a smooth surface away from being perfect. 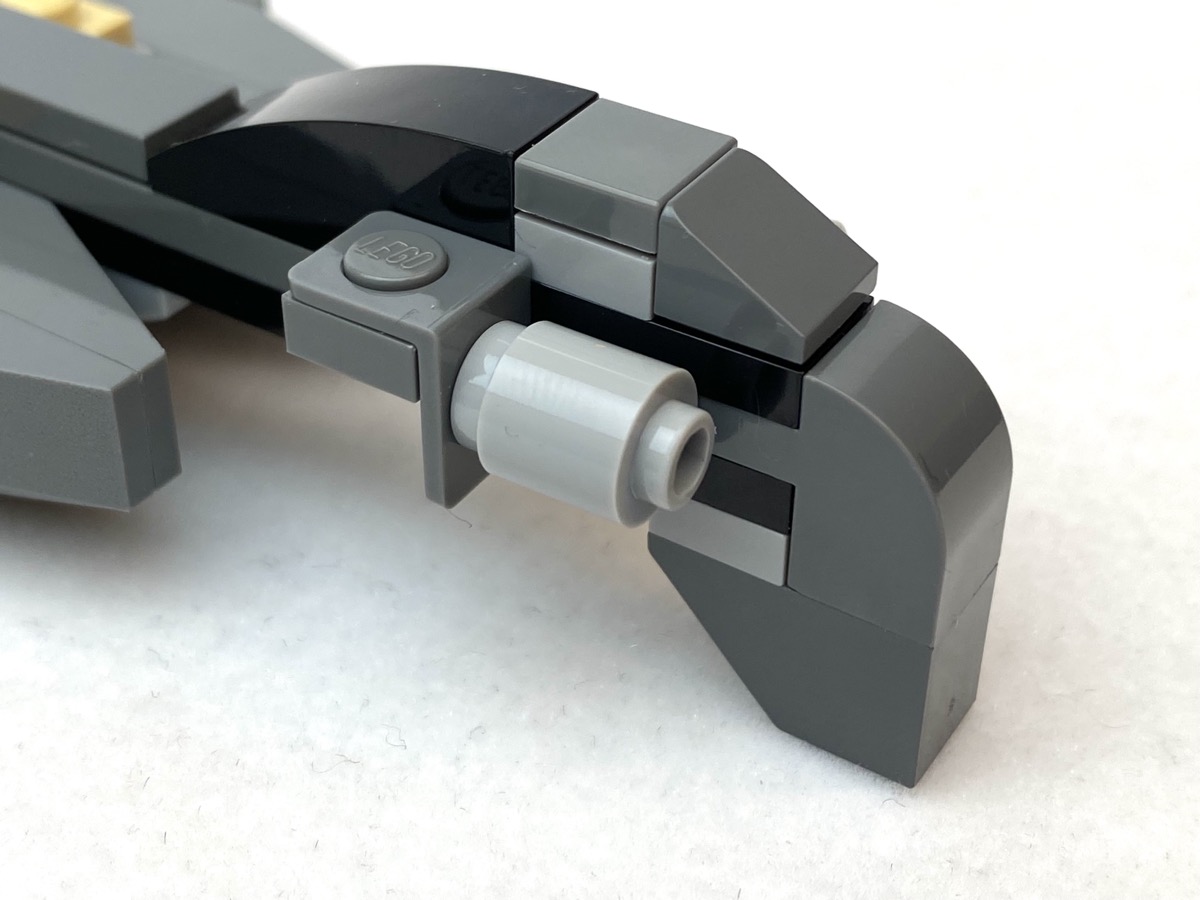 There are neck brackets used on either side of the cockpit for the rear thrusters. The neck brackets are surprisingly strong with a good amount of clutch on both the neck hole and the back stud, but because of its thinness, it just feels weak. 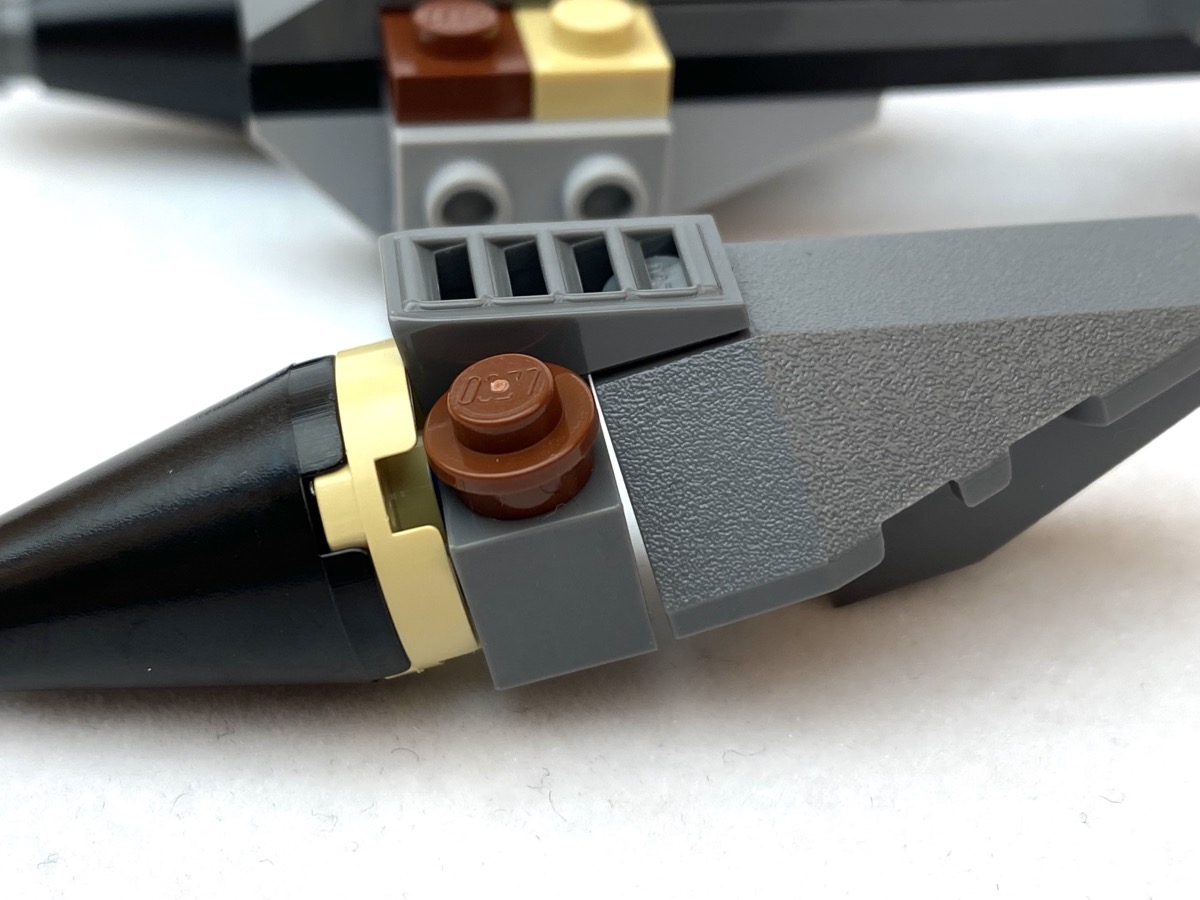 When you start constructing the front engines, there’s a step where you attach two bricks with a cheese grater slope. The cheese grater slope is hollow on the underside, meaning that there is no wall between where the two studs would go. And because of that its clutch power is a bit diminished compared to other 1×2 elements. It’s not the strongest connection thus contributing to that feeling of fragility. 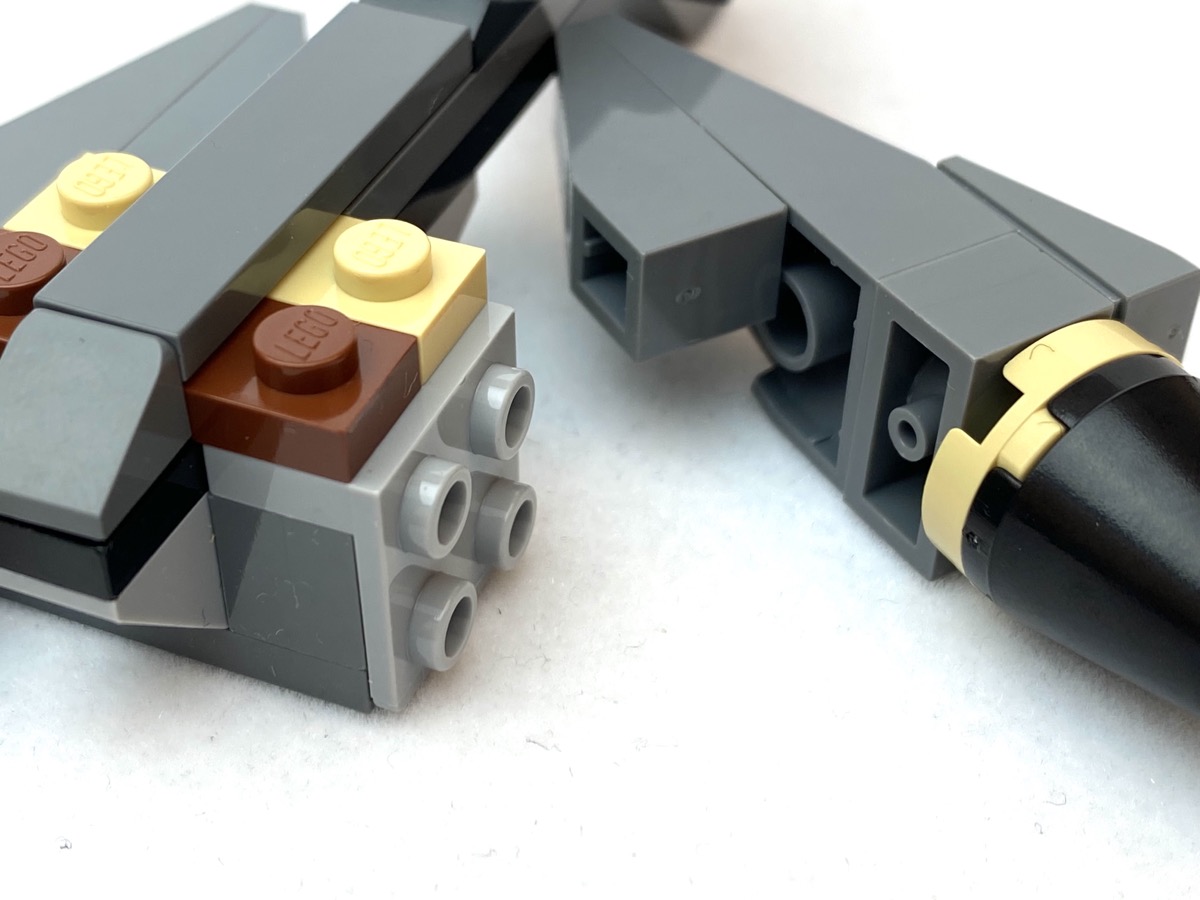 Thankfully, that is just a substep because you attach the those connected elements to a bracket plate giving it a nice solid foundation. 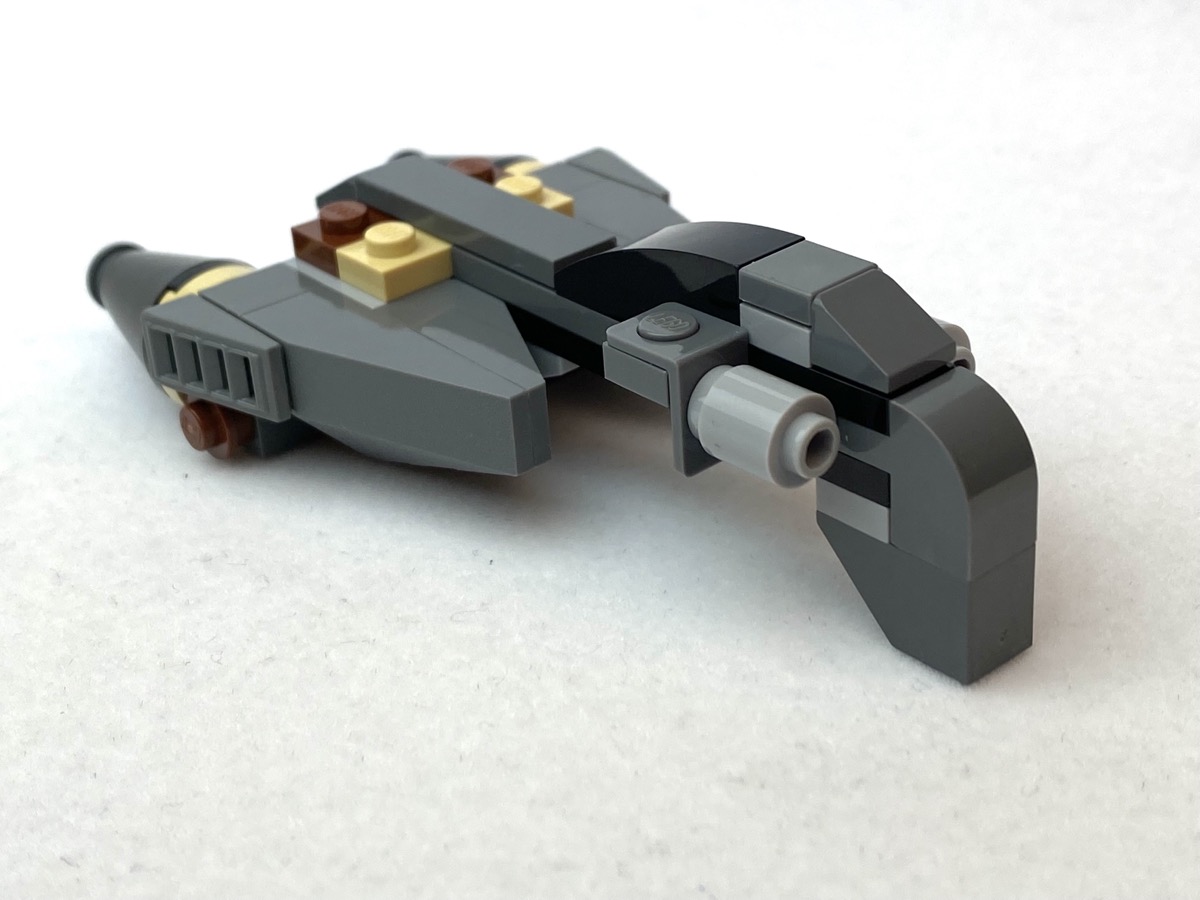 Once everything is built, connected, and put together, the whole becomes greater than the sum of its parts. It is a solid little ship that you can swoosh around. In the end the only fragile thing might be an area of concern are the 1×1 round bricks that are used for the rear thrusters. 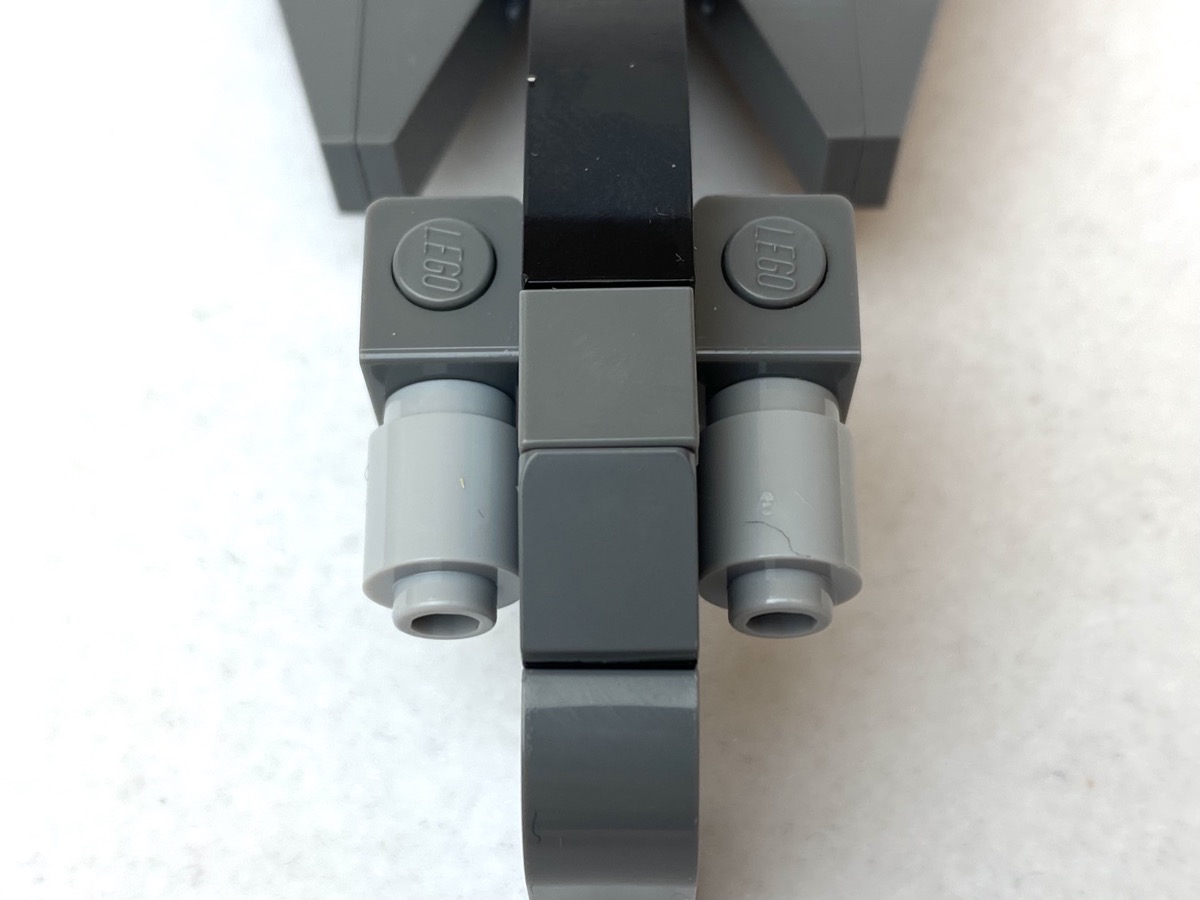 It looks like it would fall apart at the slightest touch but because they lie flush against the ship’s hull, you can pinch the ship on those round bricks and they don’t snap off. Had LEGO used cones instead of bricks, it would have been an entirely different experience, so I’m glad they used the bricks instead. 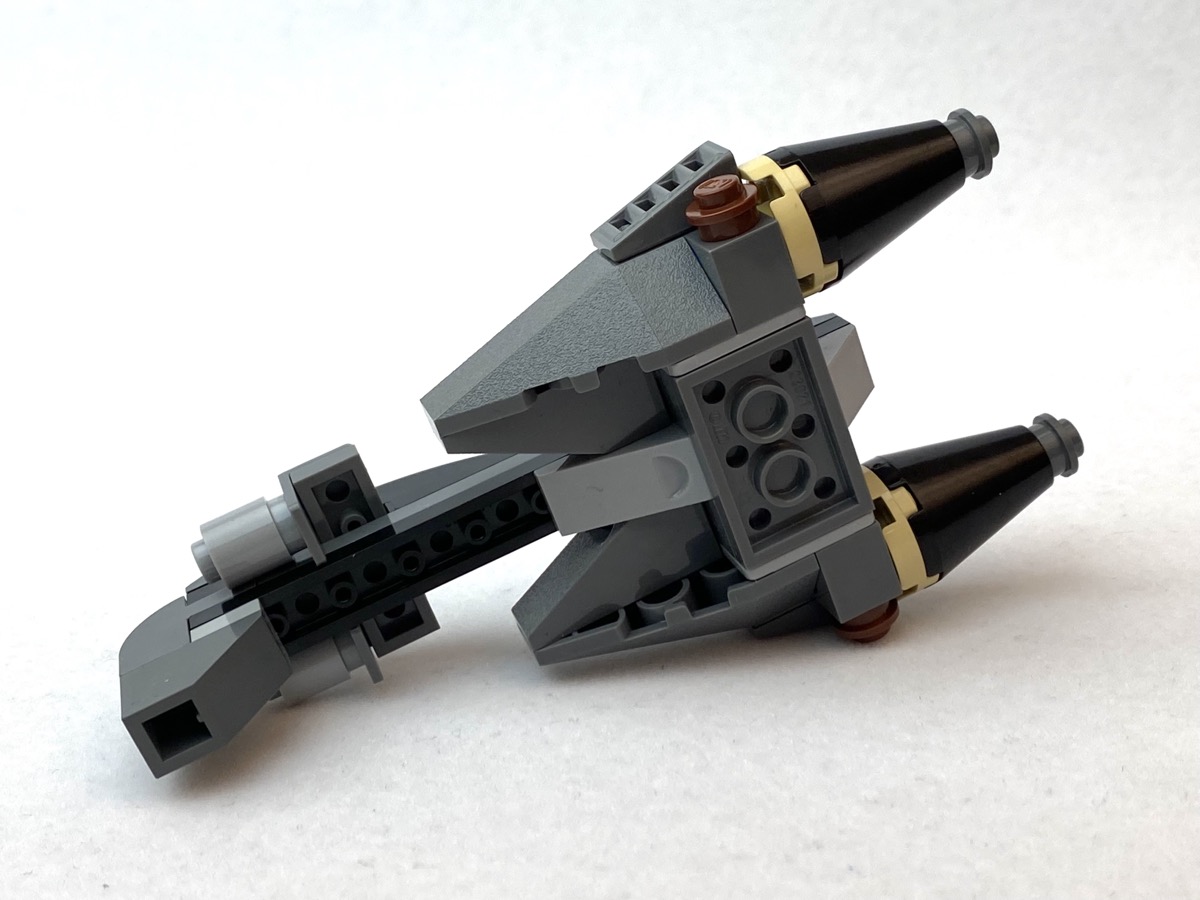 I can’t say enough positive things about this set. It’s a great polybag of a great set based on great ship.

This set rocks! There aren’t a lot of LEGO building sets where the actual building experience is anything noteworthy, polybag or not. But I am quite surprised at how much I enjoyed building 8033 General Grievous’ Starfighter so much so that the final product feels like icing on the cake.