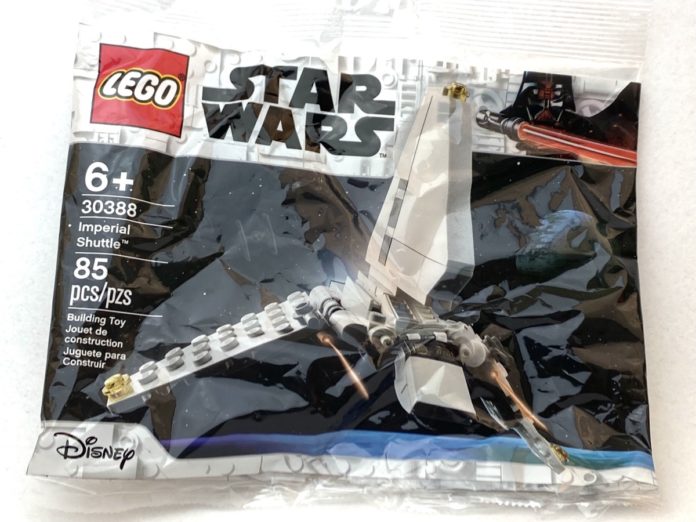 The effect of a good photograph is that it can turn even the mediocre model into something that can garner a “Wow!” reaction. Such is the case with today’s polybag, 30388 Imperial Shuttle. The picture on the bag looks so good, you’ll be crying “false advertising” by the time you’re done with it, much like I did. 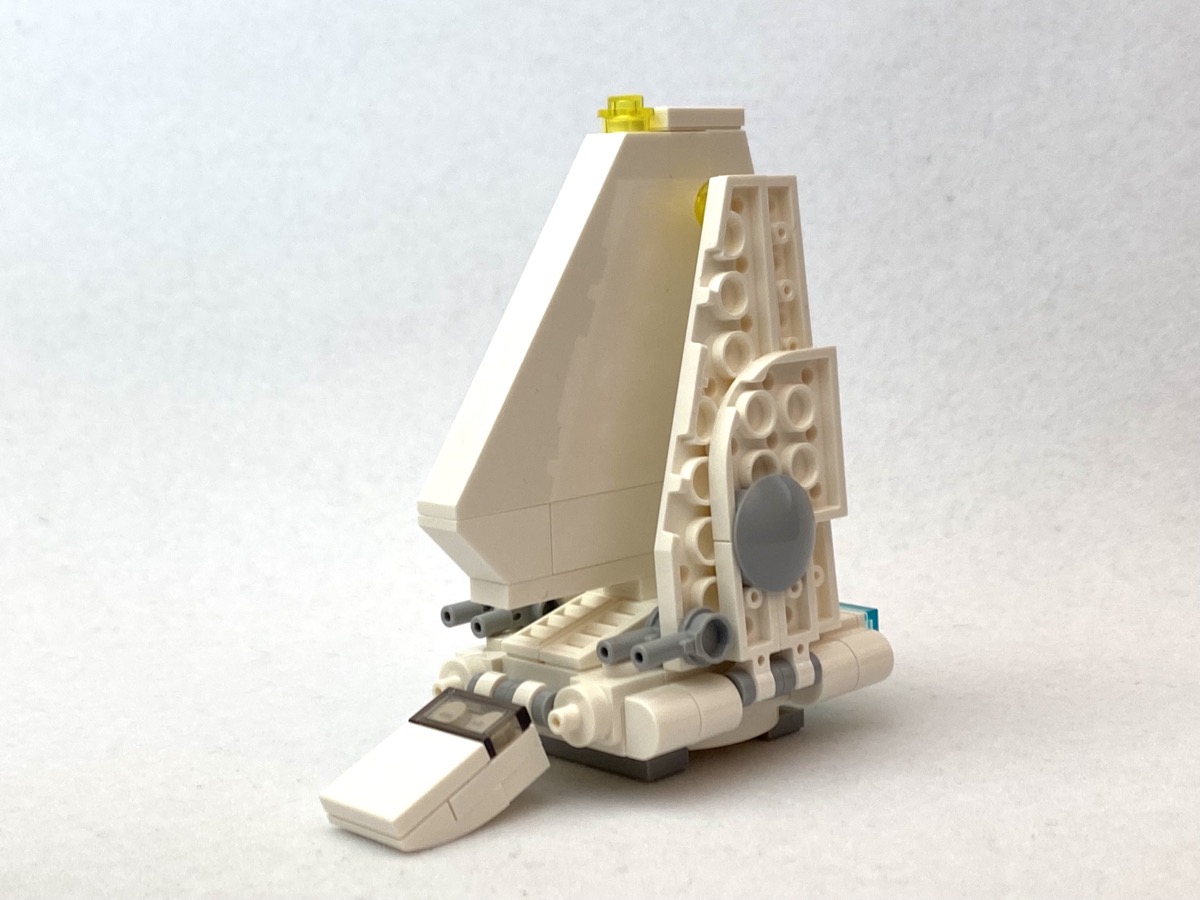 This is the only pose it can hold while resting on a surface. 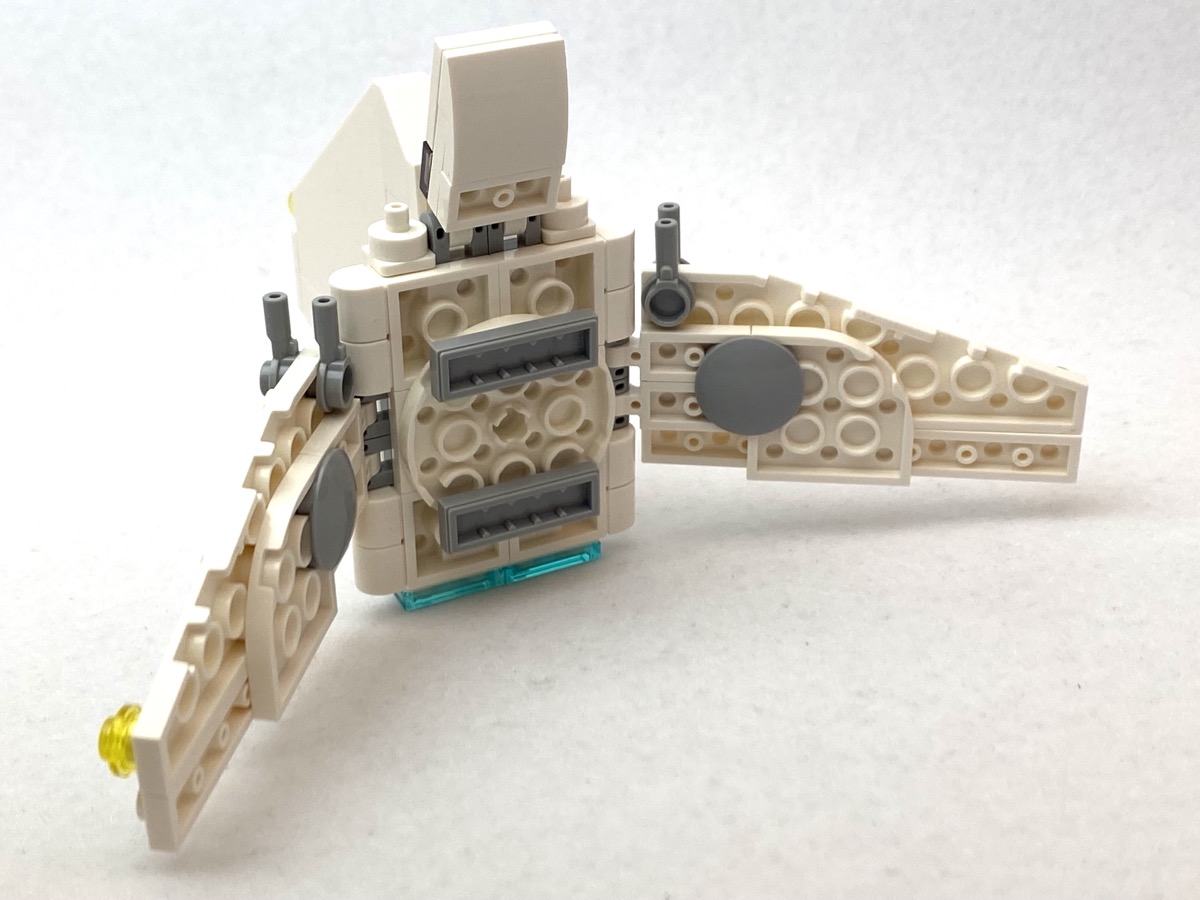 There isn’t much in the way of landing gear. The two gray plates on the bottom are really the only elements that prop it up. It doesn’t give it much clearance and it more or less determinesthe angle of the “head” . 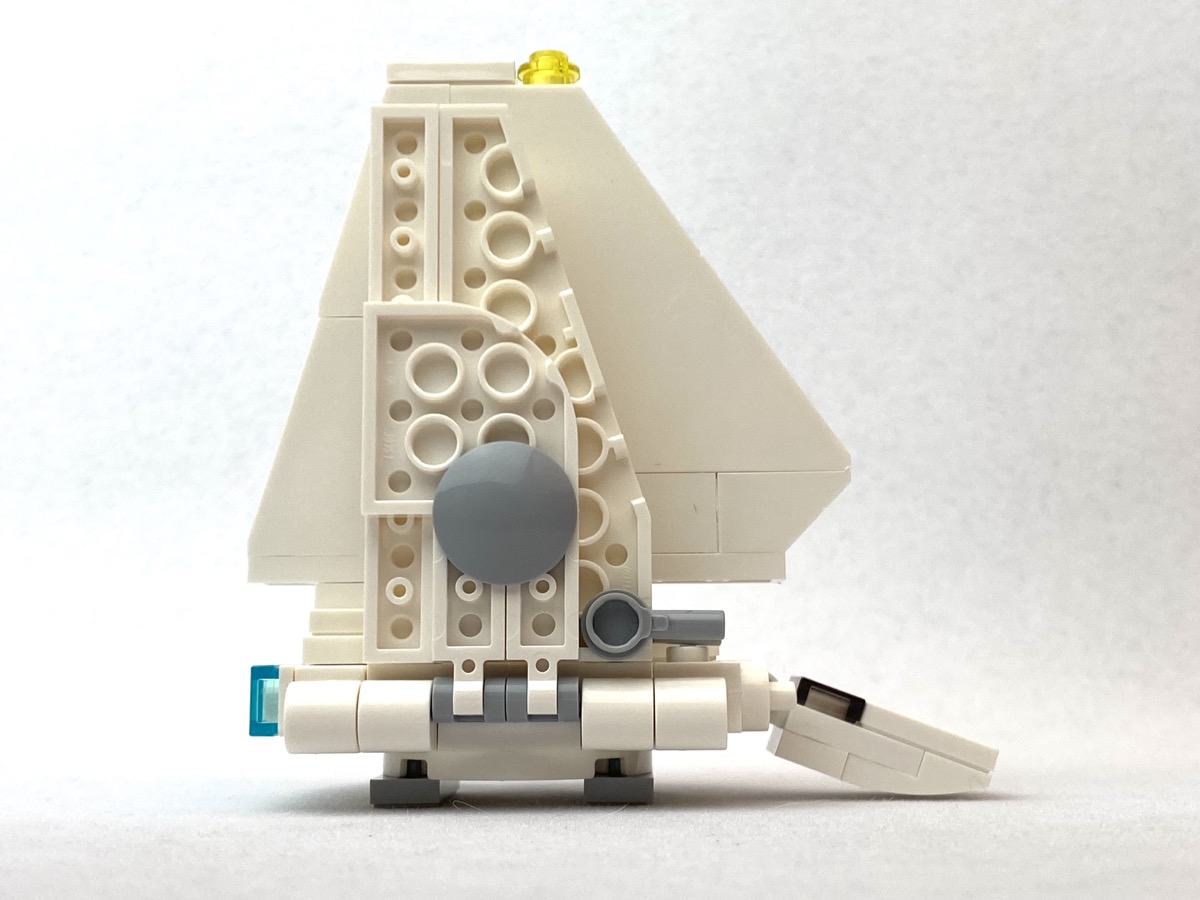 The cockpit / head is a difficult shape to achieve at this scale. The real life model tapers along two axis from the back to front. The curved plate on the bottom attempts to recreate that tapered look but it just looks and feels wrong. 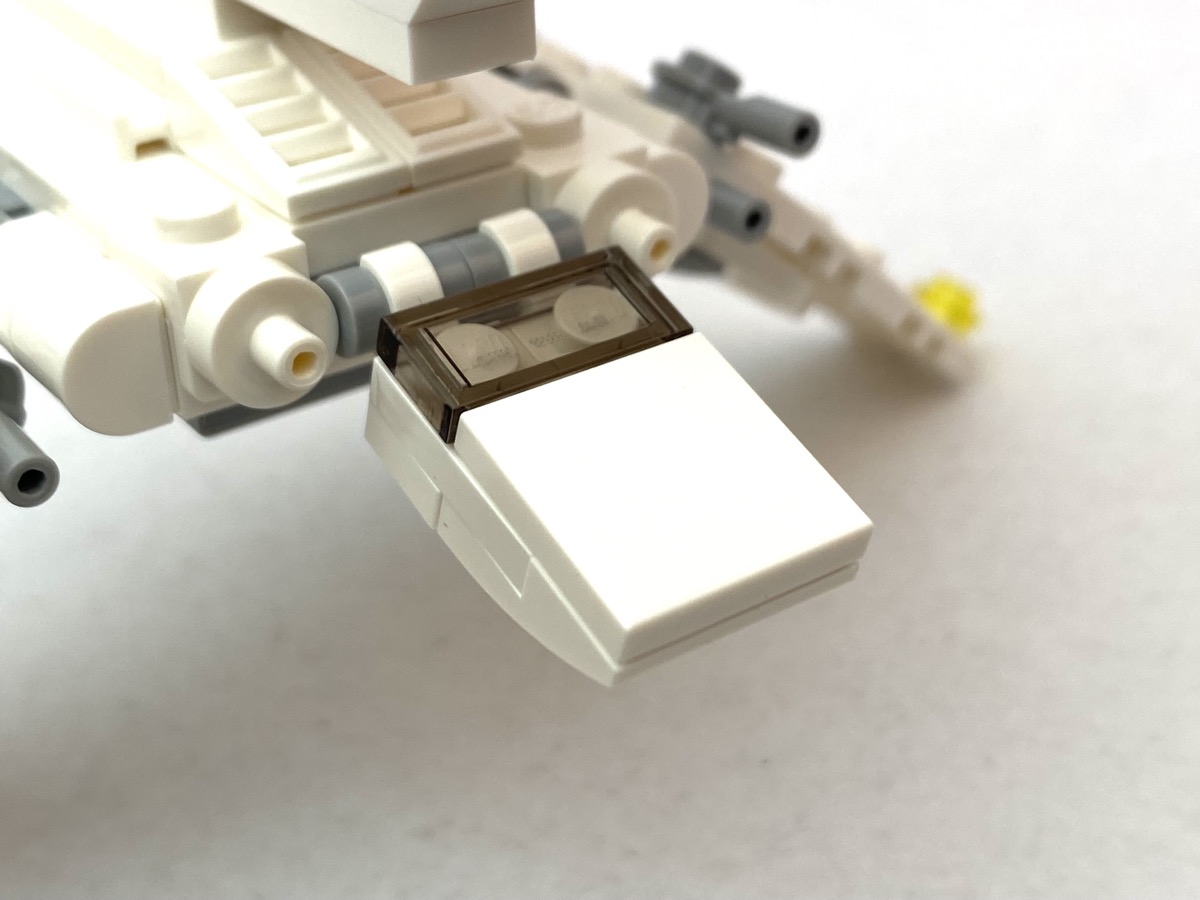 But like I said, at this scale it’s a hard shape to get right and this may be the best it can get. 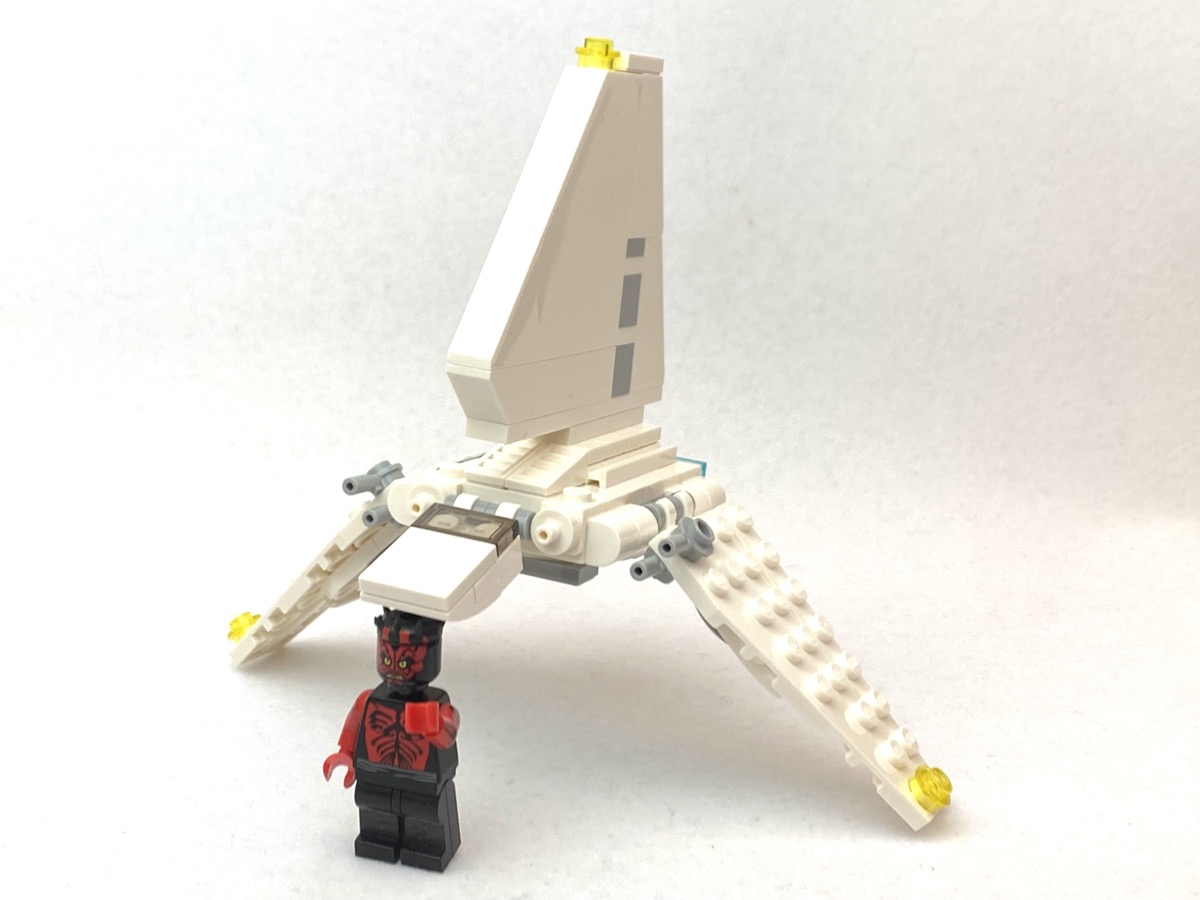 As I mentioned earlier, the only pose that the shuttle can pull off is with the wings up. It won’t stand  up with the wings down because the center of gravity is too far forward ahead of the wing tips. Here, Shirtless Maul is lending his head to keep the shuttle upright for the photo opp. 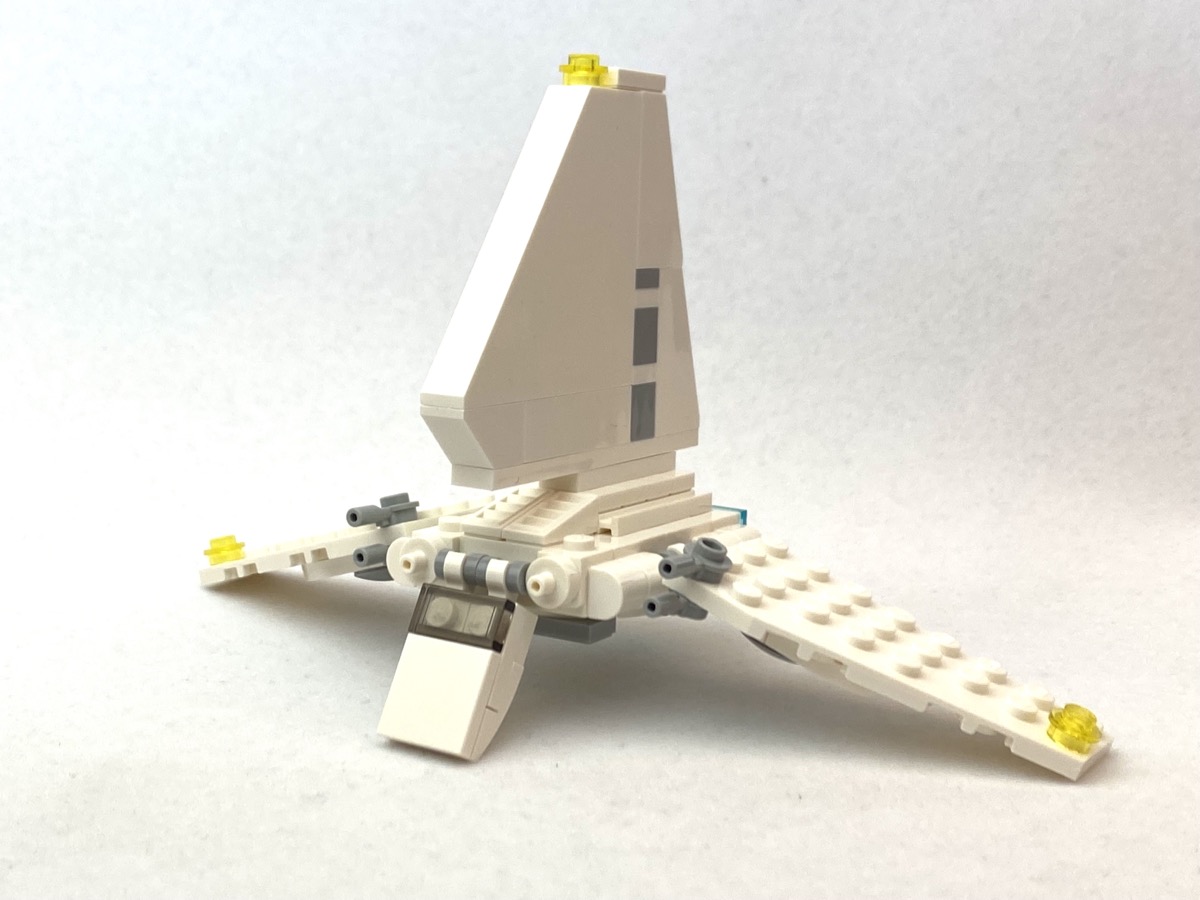 There are two ways to get display it with the wings out. One is with everything completely flat spread-eagle style on the ground, and then there’s the above method using the cockpit module to prop up the body and allow the wings to pose at some angle other than completely flat. 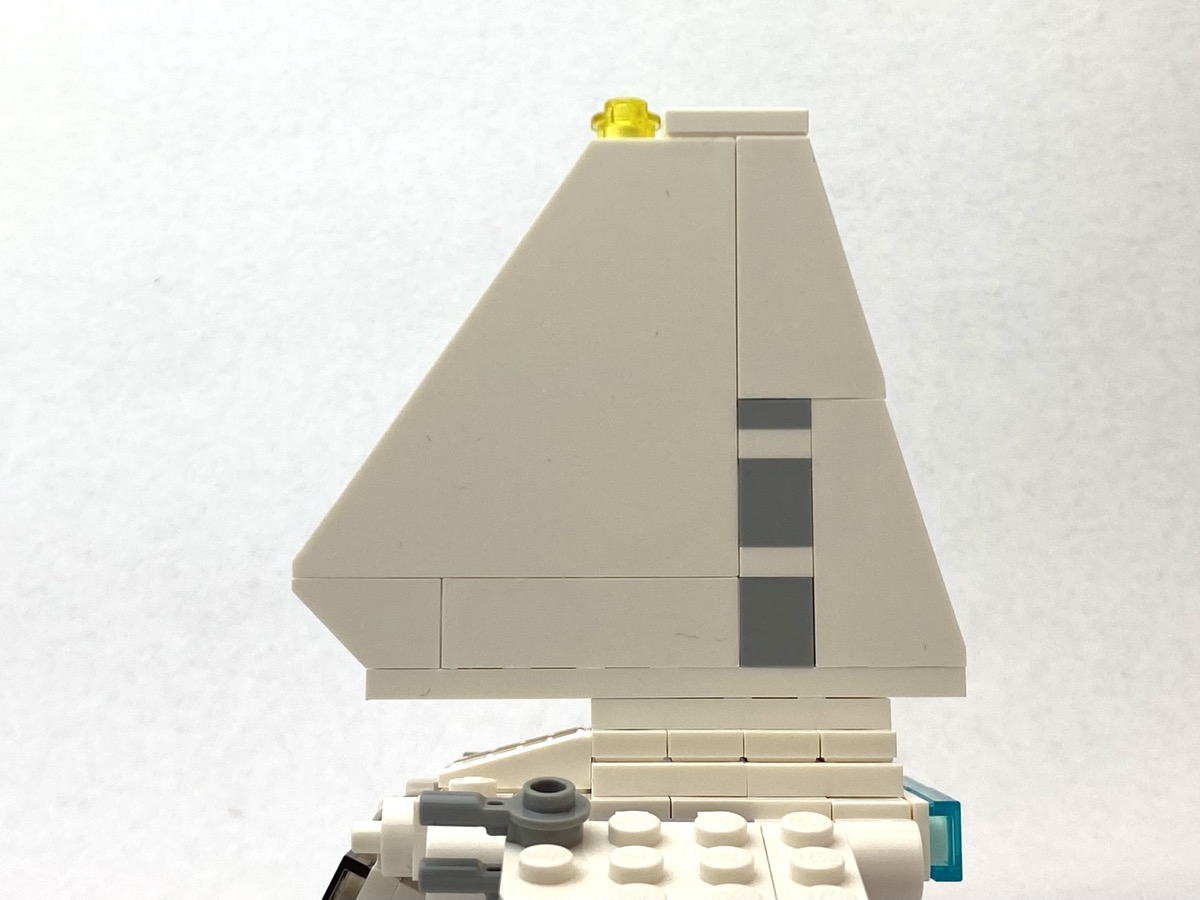 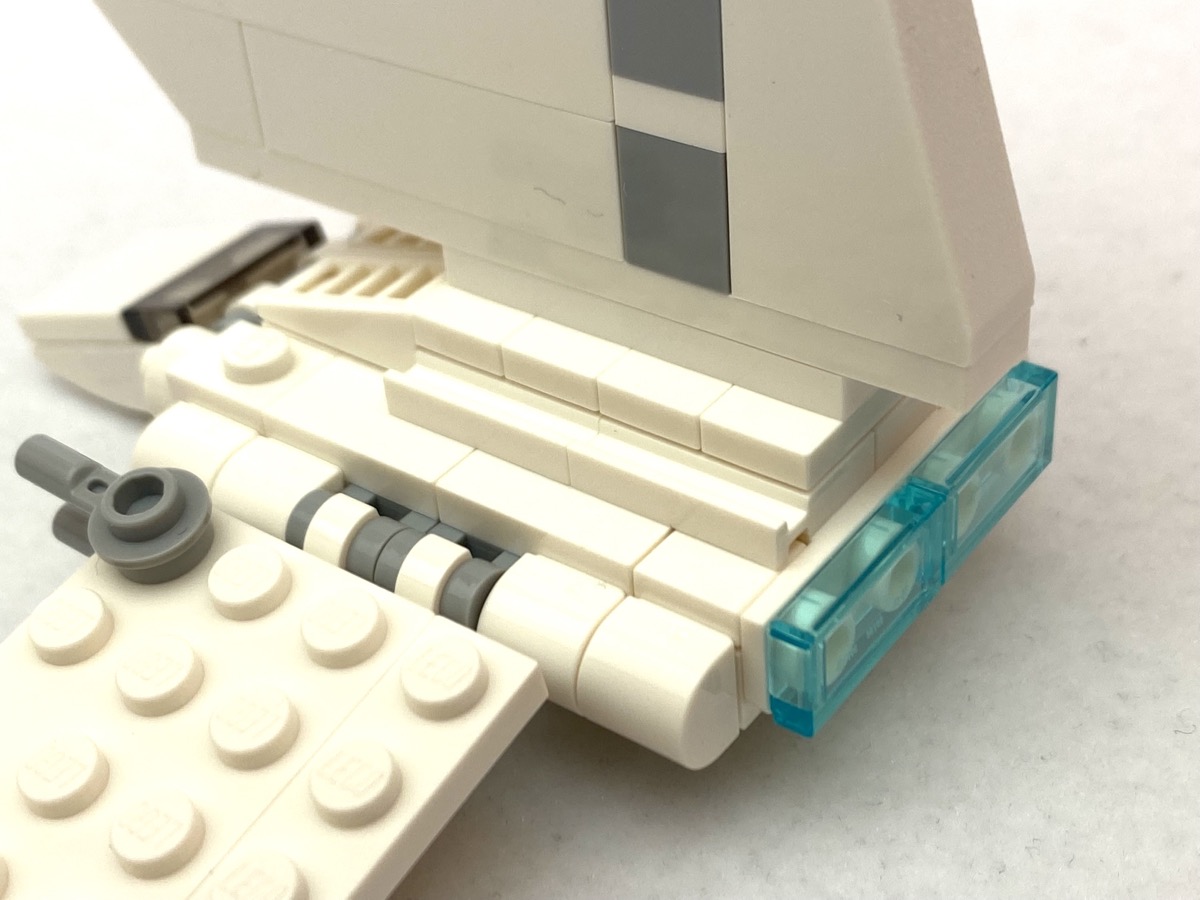 It may not look it, but the piece count of the polybag is 85 pieces. There’s a good amount of layering of plates on the body. Lots of bracket and clip and bar elements give it a nice shape and the necessary joints to achieve the folding wings. 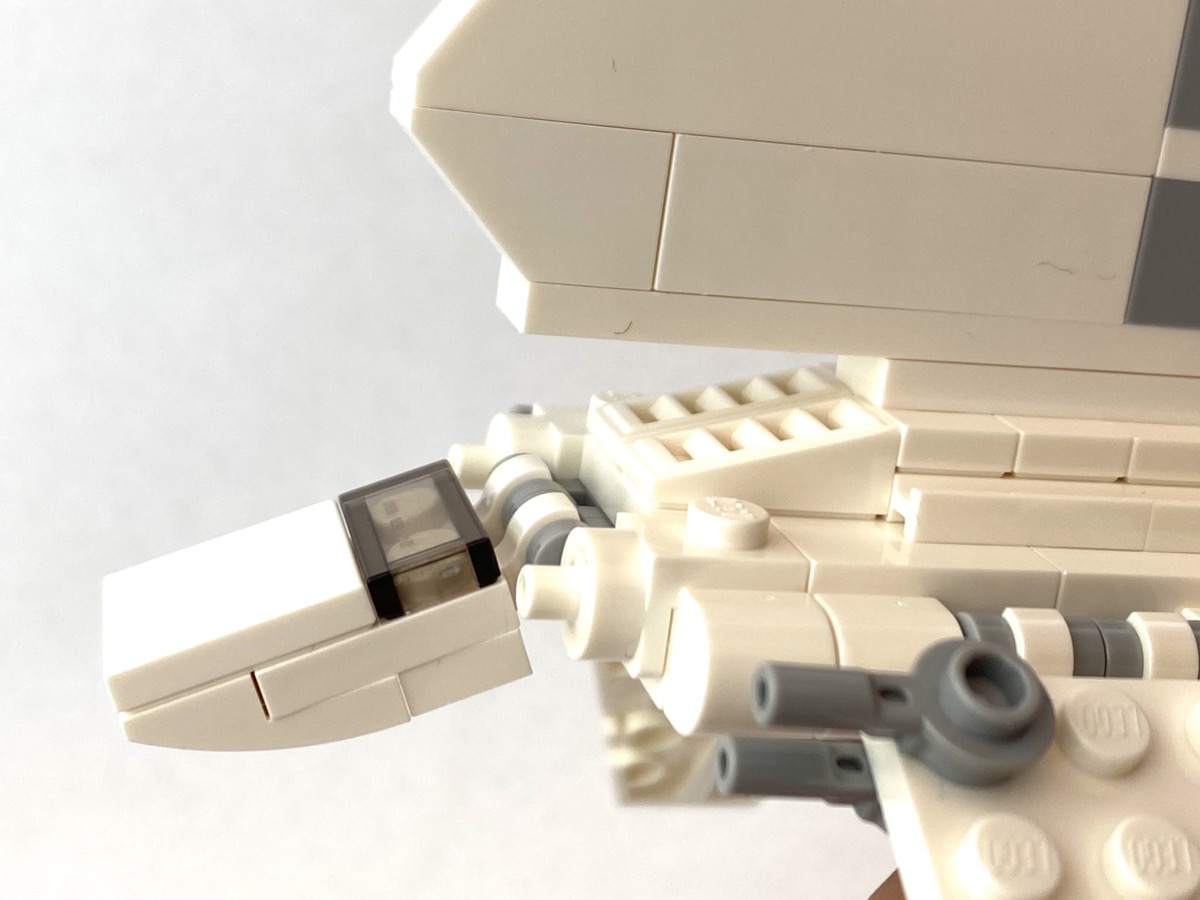 Nice body detailing aside, this thing looks atrocious. The cockpit module should be sitting a bit higher up. Maybe if the clip was one plate down it would make it a bit more accurate. But despite that, if this is the best that the designer could do I’d almost rather not have a mini version at all.

This set sucks! It’s just ugly as sin. I appreciate the high piece count and the variety of white elements you get but the final model will leave you disappointed. Not a fan.