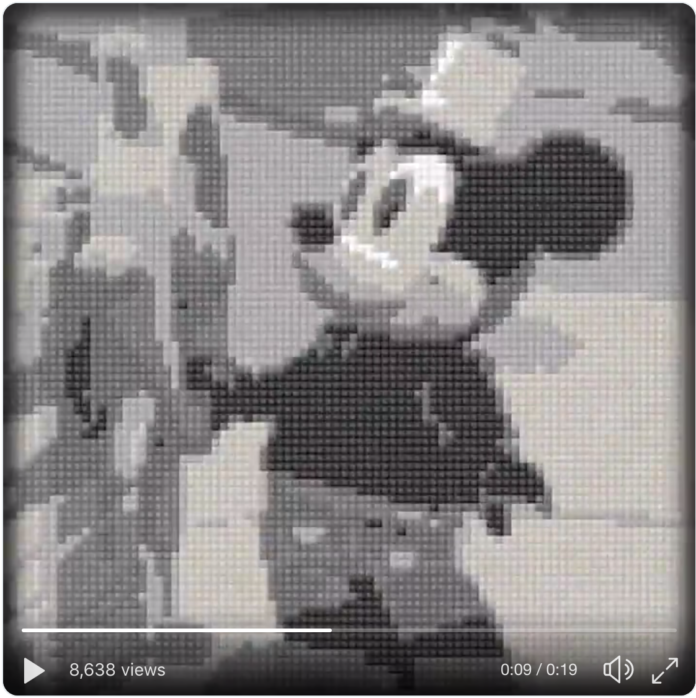 This popped up on my twitter feed this morning, a short animation of Disney’s iconic opening animated sequence of Mickey from Steamboat Willie:

I’m actually more interested in the different shades of gray used in the first few cels.

From the one frame featured at the top of this post, we can already see significant changes between it and the submitted Ideas project it is based on. The original incarnation had a smaller-than-minifig scale steamboat, whereas in the frame we see Mickey behind the wheel in what looks to be a larger, full-scale boat. I’m curious now what the final product will look like.

If you’ve ever seen a Disney cartoon on the big screen, then the first opening cells from the twitter video should be familiar. This is where that came from. It’s significance is that Steamboat Willie was Walt Disney’s first cartoon with fully synchronized sound. It’s kinda like the Yellow Castle set for LEGO.