The Super Mario Game&Watch system is a nice little handheld. It has the original Super Mario Bros. game in a compact Game&Watch form factor. The clock has been redone with Mario animations, and the Ball game has been upgraded to feature Mario’s face in an LCD style. Normally $49.99, it’s currently on sale for 20% off for just $39.99 at Best Buy. I’m fairly certain this has been discontinued and available inventory is depleting. It’s sold out at Amazon and Walmart. Target still has some but at full price. Best Buy’s price is a pretty good deal and I’d grab one if I were you before they are gone. I mention this because the The Legend of Zelda Game&Watch looks to be another fine addition to the line. 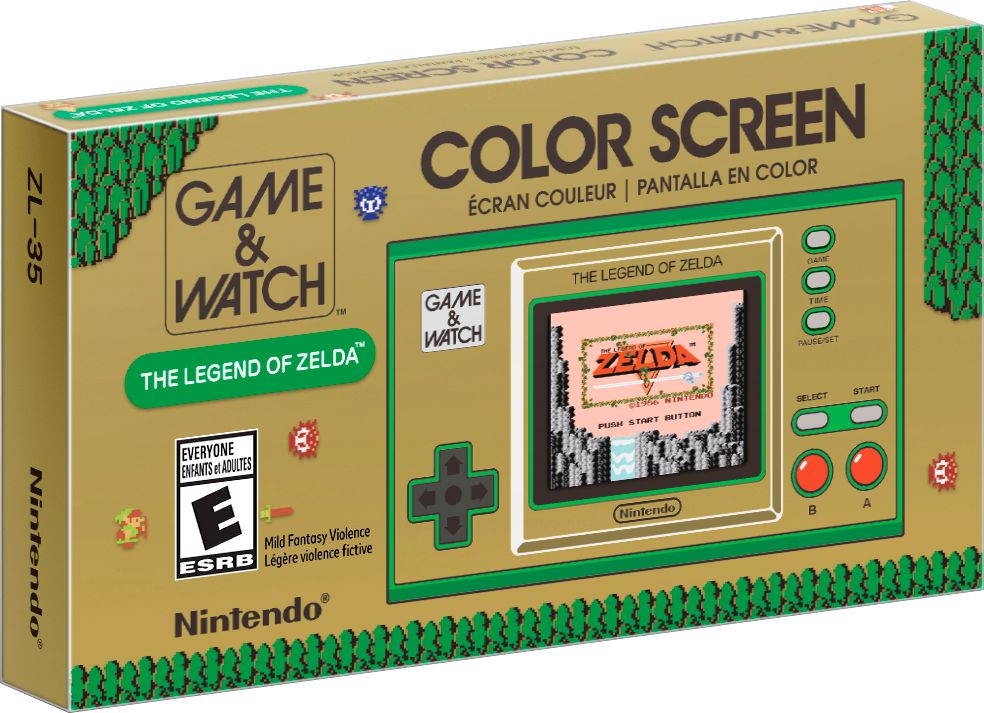 It might even be better for the mere fact that it has three Zelda games: The Legend of Zelda, Zelda II: The Adventure of Link, and The Legend of Zelda: Link’s Awakening from it’s original Game Boy incarnation. The Game&Watch game this time is Vermin which features link instead of Mr. Game&Watch. There’s also the usual animated clock. Best Buy already sold out, but you can pre-order it still from Amazon, Target, and GameStop. Price is $49.99.

Mark my words, there will be a Metroid Game&Watch.

FBTB is an affiliate of the retailers mentioned above. If you click through the links in this post and make a purchase, we may earn a small commission. As always, we thank you for your continued support.