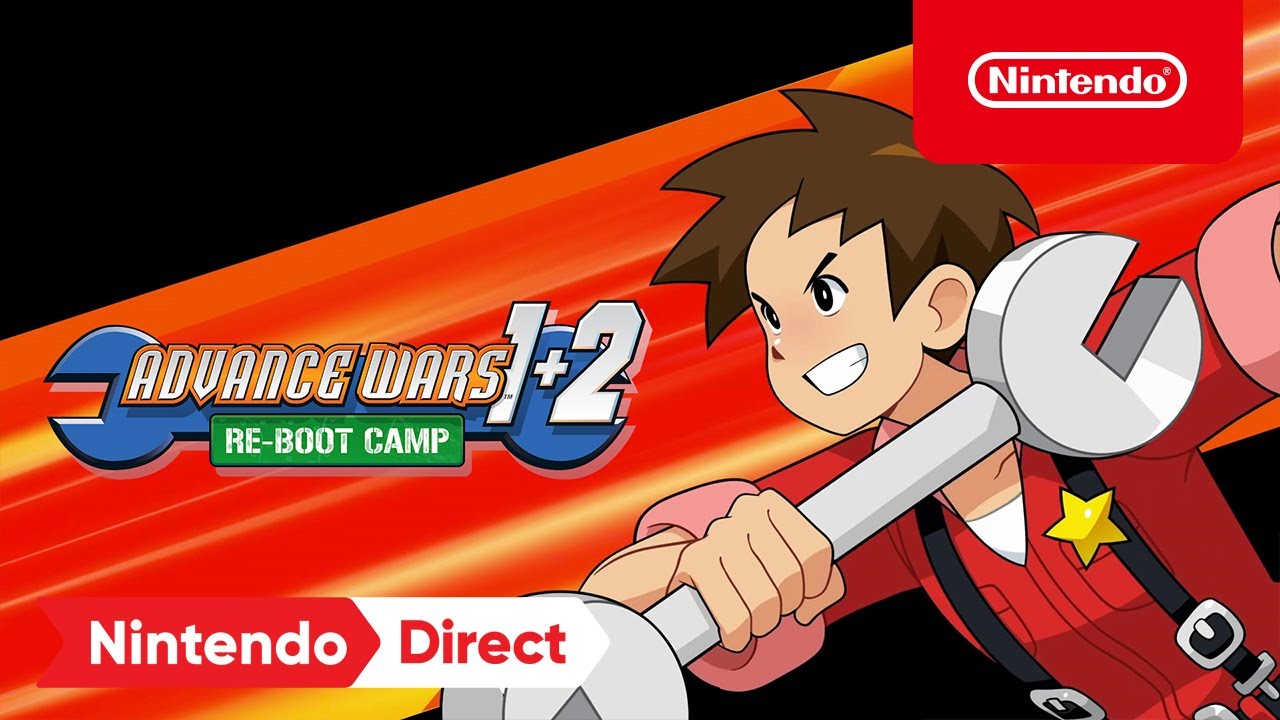 Well, “E3”, in airquotes for obvious reasons, came and went and as I (Ace) suspected, Nintendo is keeping the video game genre alive by peppering releases throughout the year and into 2022. And as usual, we have the stuff we hated and the stuff we’re looking forward to.

There are two platforms I game on: my PS4 and PS5 and anything Nintendo. The major games I’m looking forward to on Sony’s system have already announced delays into 2022 and probably beyond like Gran Turismo, the next Horizon Zero Dawn, and God of War. And the third-party space is pretty absent of anything that I’m interested in. I still have my trusty backlog to keep me on the system though so there’s that.

All that being said, here’s what’s coming out this year that I’m looking forward to:

I sunk a bunch of hours into the Advance Wars games back in the day. I don’t mind that it’s a re-release with a facelift because the game play looks to be intact. Now, if they could only do the same thing for the first Golden Sun game. Advance Wars 1+2: Re-Boot Camp comes out on December 3rd, 2021.

I definitely need to mention PlayDate. Everything about it is appealing to me, from the color to the crank to the dock and all the way down to the presentation of it all. I love what I’ve seen so far and look forward to seeing what kind of games can take advantage of the crank. The Playdate is coming out at the perfect time too as the dedicated handheld market is wide open and ripe for the taking. I just hope it lives up to the hype. Cost is $179 for the system and that includes 24 games. Pre-orders begin next month in July.

I love me a good Metroidvania, and Metroid Dread looks to be just that. I’m more than certain they just took what MercurySteam did for Metroid: Samus Returns on the 3DS and just polished it up. That’s not a slight in any way as the game looks great. Metroid Dread comes out on October 8th, 2021.

While not highlighted during E3, the Pokémon remakes Brilliant Diamond and Shining Pearl come out this year on November 19th. Obviously, I have Pokémon on the brain so I will most likely pick these up. The double packs are up for pre-order if anyone else is interested (affiliate links: Amazon | Best Buy | Target).

YouTube live chat is such a horrid beast. Even the brief glimpses I got between clicking on the page and clicking “hide chat” just made me so disappointed. These people are insatsiable and pretty rude. Honestly, by now I shouldn’t have any expectation of “the Internet”, but it just reminded me how sordid the whole thing is.

Anyway, we all knew this year would be pretty rough, since the pandemic really halted things. Even so, I’m not sure why some of these developers even bothered. Capcom, for instance, barely announced anything in their 30 minute stream. Resident Evil: Village DLC is being developed, a new look at an already-announced Monster Hunter Game, and “gameplay” for a re-release of an Ace Attorney game. I really don’t know why they bothered.

All in all, there are only three games that really struck me as “must play”s.

We (meaning us From Software fans) have been waiting for two years for this. It’s still kinda unbelieveable that we actually have footage of it. It looks like Dark Souls, but it’s soÂ wide!Â I’m somewhat hesitant to go into open world games, but with Miyazaki at the helm, coming off of the success of Sekiro: Shadows Die Twice, well, that’s about as ideal as you can get it.

I know this is a really specific note, but I love how you can tell instantly it’s a From Software game. The way they texture and model their creatures is so apparent, and after the gorgeous Demon’s Souls remake, it’s actually kinda nice to be back to a few rough textures and polygons.

Dialogue is as vague as ever, and I wouldn’t have it any other way. I can’t wait to play through this game without knowing anything that’s happening.

Forza Horizon 4 is how you do a car sim correctly. It’s fun as hell, but also extremely realistic. It bridges the gap between Need for Speed and Microsoft Flight Simulator. And with the processing of the Xbox Series X / S, Forza will finally have the graphics it deserves.

Going from Scotland in 4 to Mexico in 5 is a huge shift, and I’m excited to see the cool new vistas. But at the end of the day, I’ll get to drive my favorite cars around an open world, and that’s the dream, no matter where it’s set.

Left 4 Dead. Left 4 Dead 2. World War Z. Now Back 4 Blood. It’s a proven formula. I’m just looking forward to playing through this with my buddy. I don’t even expect it to be good or bad. Just give me more of the same, and I’m satisfied.

I’m not going to lie… I didn’t pay attention to E3 past a few cursory comments on Discord or a Facebook gaming group I belong to. Lately, I’ve been honestly wondering if I’m even into gaming all that much anymore. I stick to a handful of titles, and I haven’t been having all that much fun with them. They’re more just something that fills up time, but it’s mostly been going through the motions for some time. I’m working on an article over this, but that’s for another time.

In a way, this is also me just to beat back the FOMO beast. I’m tired of it, it’s pointless, and anymore, game companies only let us down. Very little of what was shown at E3 had any substance… so it kind of stands out that my favorite trailer was the one that poked fun at that very effectively. It’s not a shock, given that it’s for a sequel to a game that very much took a shot at capitalism and how toxic it is. I mean, it’s still a game by a major corporation at this point… but they didn’t have them change or scrub anything. I look forward to playing this when it hits Game Pass.

The other game that stood out once I watched the teaser was Breath of the Wild 2. Yeah, that’s easy… I loved the game, even though it had quite a few flaws to it (no dungeons, weapon durability, weak story even for a Zelda game). At the worst, this will be more of the same, and it certainly doesn’t even look like that. We get what looks like gameplay, but we don’t get any view of Zelda, who in the original teaser looked like a playable character at some points. If Nintendo wants to really wow, that will be the feature they can finally give us. Between Smash and Hyrule Warriors, it’s clear that the fans will be more than accepting of Zelda coming in and kicking all the ass.

Honestly, that’s about it that I cared about. There were other things that were “okay, that’s cool,” but for the most part, I don’t feel like giving views or clicks or likes or hearts or twangs or whatever to a bunch of CGI trailers and teasers that don’t reflect the game. I’m way past the point of givingÂ any game company the benefit of the doubt, so I’ll wait for the games to show up and read to see if they’re good before I bother putting anything into them.