Ad
Home Video Games Nintendo 3DS PokéMondays: Went In Looking For A Bug, Came Out With A Rock 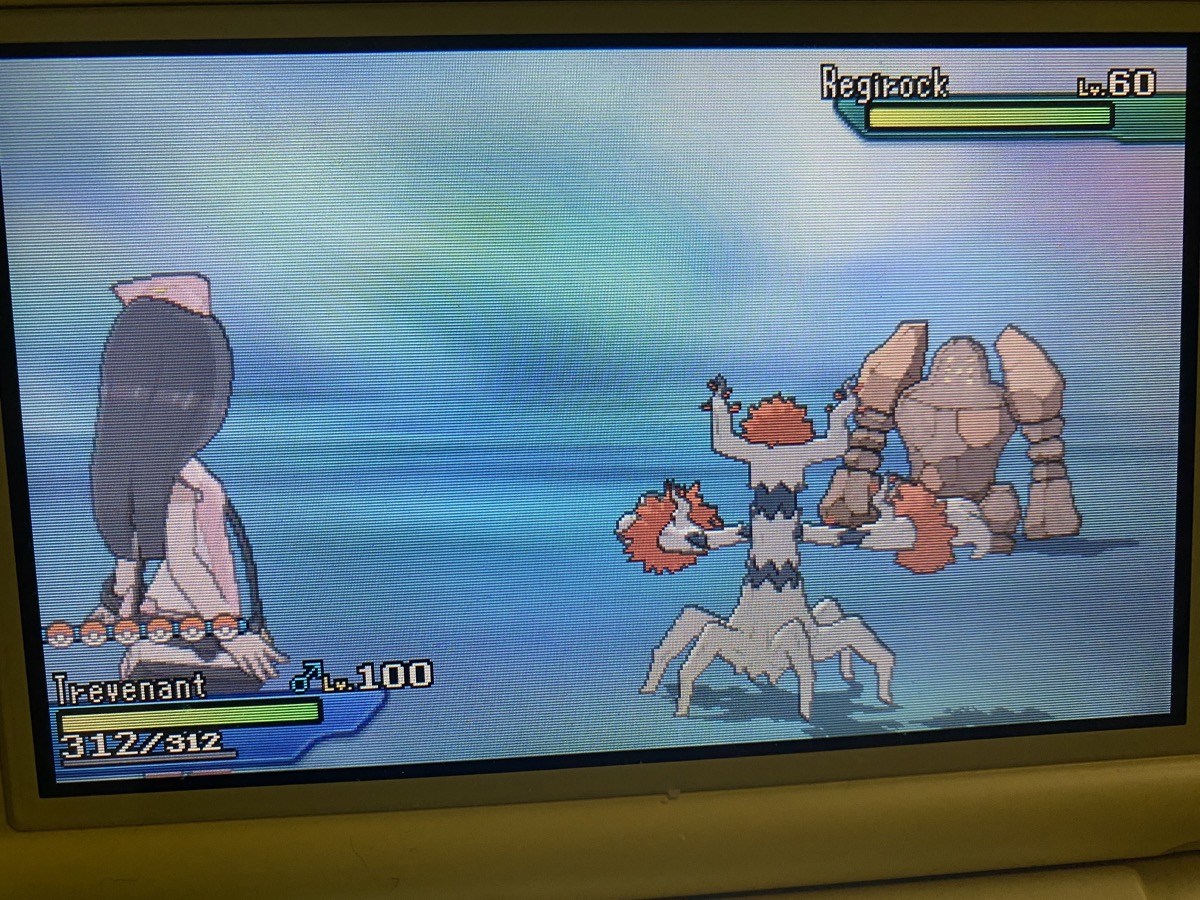 So, I, like, tried hunting for a Ledyba, I really did. Probably started a chain maybe three times, which doesn’t sound like a lot but when each chain lasts at 90 turns it’s a lot. Killed each chain by my own stupid hand. I needed a break because this hunting thing wasn’t quickly becoming not fun anymore. So I tried my hand at Ultra Space Wilds. I didn’t have a specific target in mind. I figured whichever legendary I hit first, that would be my target. It only took me one run to get to Regirock.

And Regirock shined after only 36 soft resets! I was hunkering down, mentally prepping myself for the long haul. I felt lucky that Shiny Groudon showed up at less than 1,500 SR’s. But 36? I still can’t believe my luck. When I started soft resetting and getting my rubber bands in place, I had no idea what its shiny form looked like so I looked it up on my phone. After a couple of more resets, it popped. There was a moment of disbelief when it showed up on screen. Even though it’s brown and not grey, even though the star animation played out, I honestly thought my eyes were playing tricks on me. I went back and forth between the 3DS and the phone to make sure I was seeing exactly what I thought I was seeing.

This was such an awesome find, I didn’t bother looking for anything else. So this entire PokéMondays post is dedicated to this one find. I’ve been riding this high for a couple of days now as I didn’t want a long, drawn out SOS battle to bring me down. That’s what real life problems are for. One hundred forty-six down, two hundred forty-seven to go.