Last night it was looking pretty bleak. I had no content planned for today’s PokéMondays post. For about two weeks now I’ve been on-and-off soft resetting for a Shiny Zapdos. My soft reset count was low and I was basically hoping for a miracle. Then late last night, in between rounds of Rocket League, it finally popped: 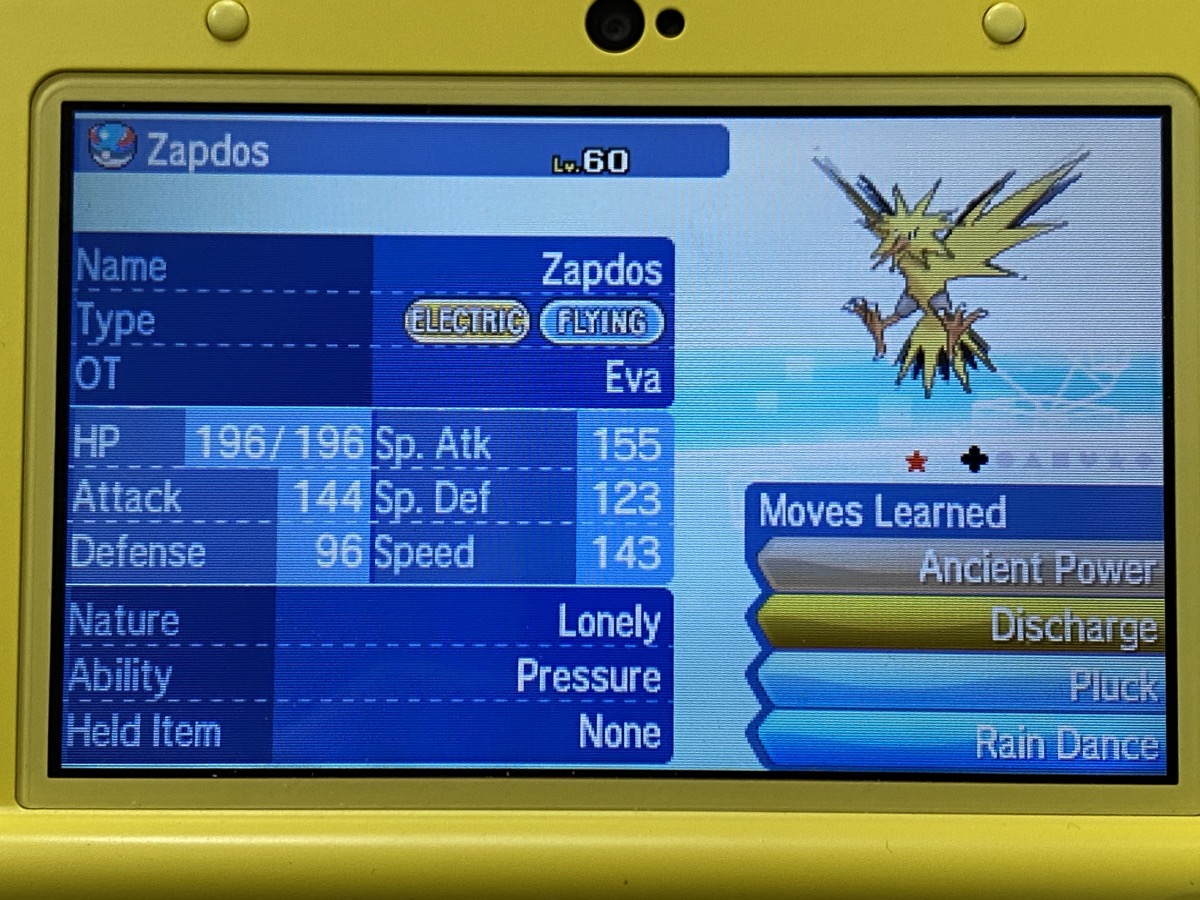 It’s been so long since I caught a shiny in this game I almost forgot what I needed to do. Thankfully it went into the second ball I threw at it, another small miracle I’d say. I think I’ll go back to SOS hunting after this. My last few attempts were a bit frustrating hence my hunt for Zapdos in Ultra Space Wilds.