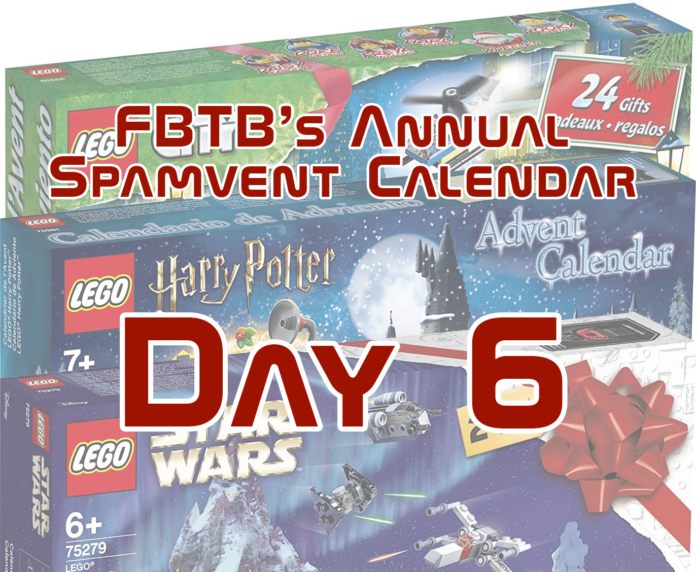 Day 6 is here, and so are our picks. Yesterday was all enjoyable, and the tally so far:

HP and SW both continue their winning streaks… remains to be seen if they can go the distance and keep it going. City started to go back up with it’s second minifig, so hopefully the micro builds can keep pace with it. And it’s still early so there’s plenty of time for things to change. Let’s see what today brings us. 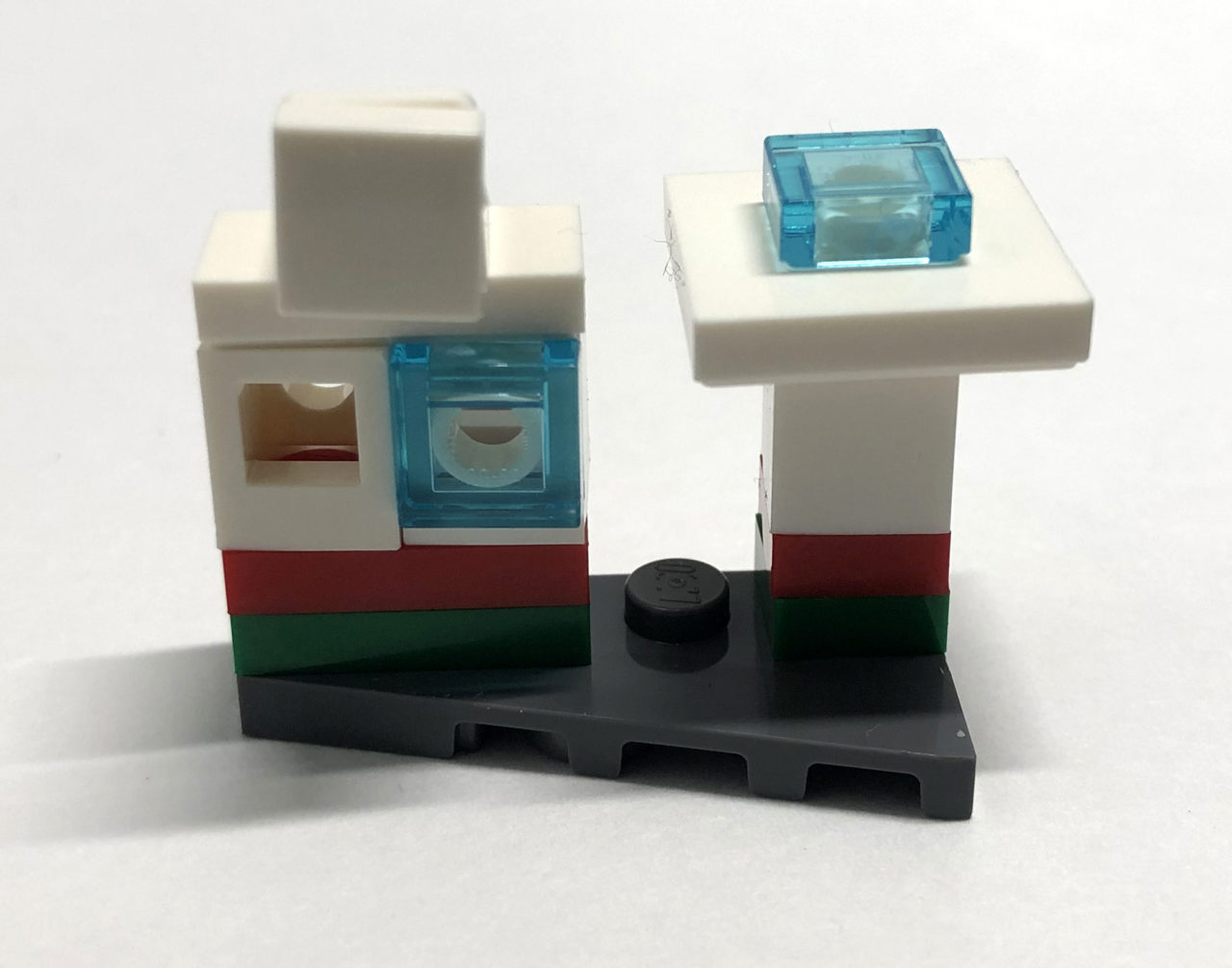 When I first built this, I jumped into our staff chat and asked “what in the heck is this thing,” except I used a lot more profanity in place of those words. So it wasn’t really a quote. The whole of the calendar, thus far, had a distinctly city feel to it, and most of it had been on the Police/Suppliers of Police Work side of things. So… I was trying to figure out what it was.

My first guess was some sort of hospital, because I thought at first the thing on the right was a helipad. Ace eventually pointed out that it was the Octan colors in the build, so it was probably just a gas station. Which, you know, makes more sense than anything else I guessed. The little micro-building on wedges sets up a possibility that they could all flow together like a skyline or larger set, assuming we get a lot more of them. We’ll see…

In the mean time, this one feels more dud than it does hit, just because it’s so hard to pick out what it is, and even when you do, the problem comes up that we’re dealing with such wildly different scales in these micro builds that they’re all disjointed. 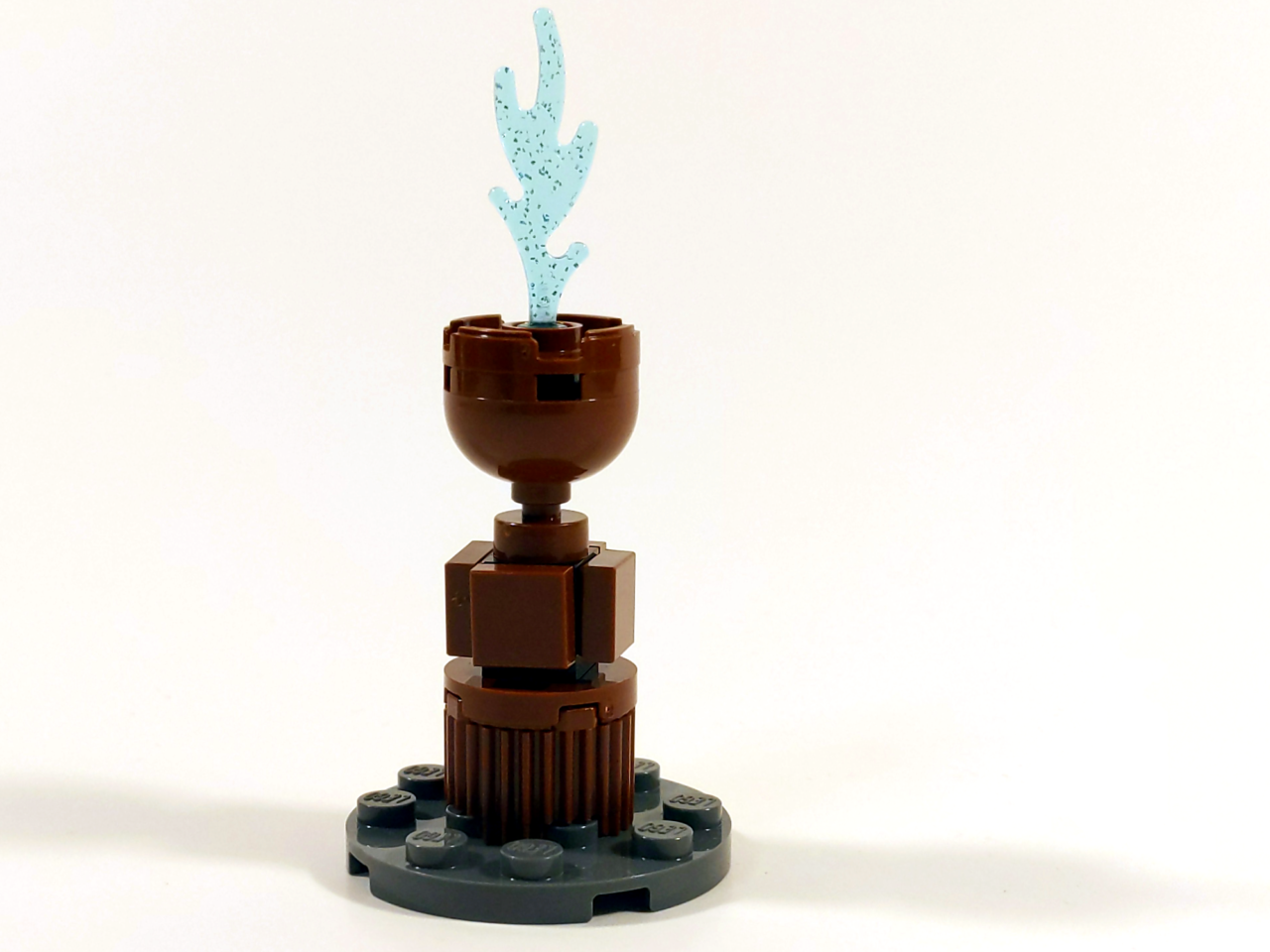 It’s the Goblet of Fire! Blue fire! It tooks us six days, but we finally reached a build of the “eh” quality. There’s honestly not much to say about it. The Goblet from the movie at least had some detailing on this, but this appears more like a brazier than the ever-important Goblet. 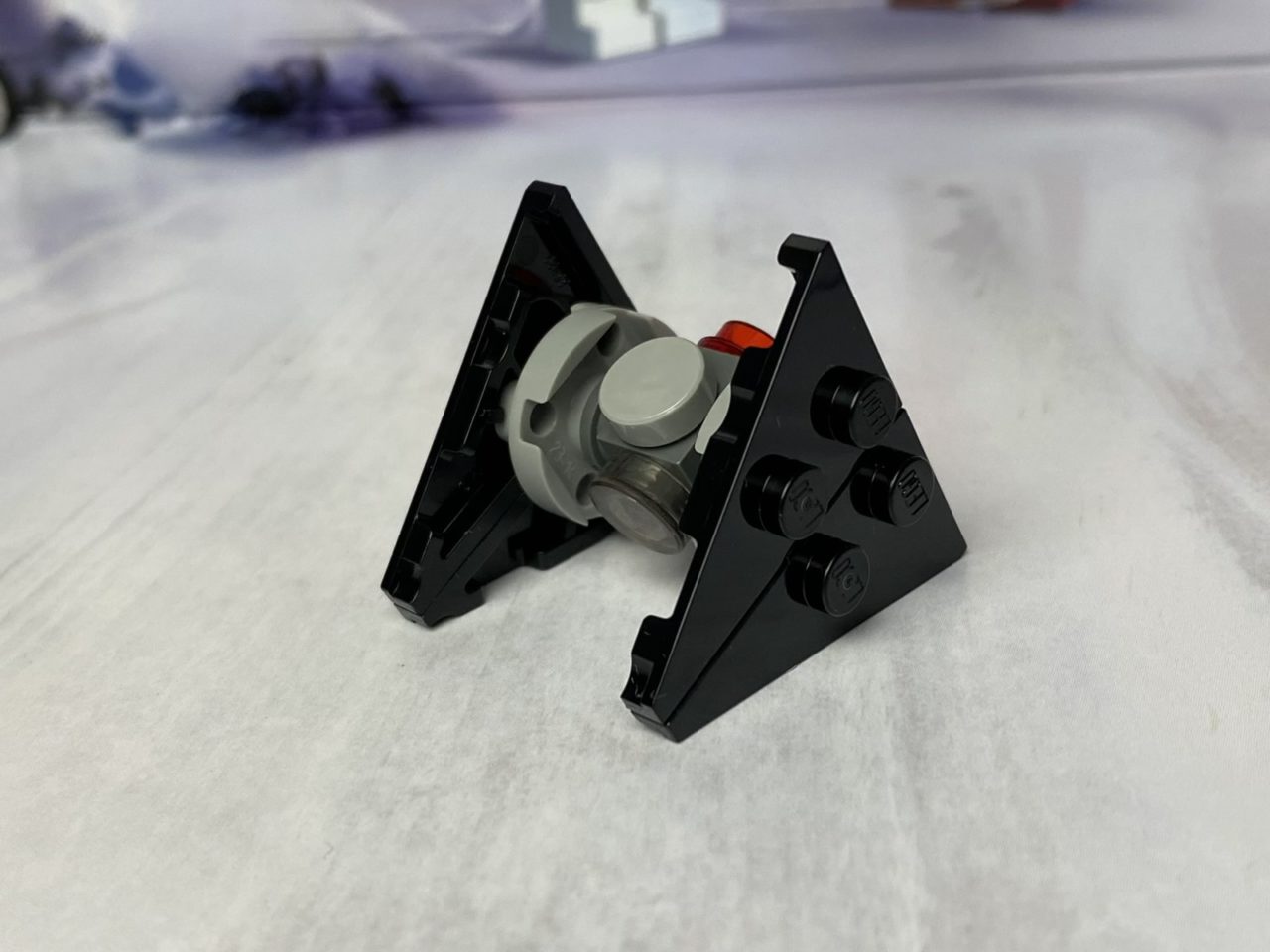 This is a Sith TIE Fighter. I had to look it up on Amazon to figure out what it was. A Sith TIE Fighter. I don’t even remember this thing in the movie and I already hate it. Not to mention that there’s no red on the side wings at all. It might have been difficult to do at this scale, but considering a whole other layer of a wing is missing, it could have been done. /shrug.