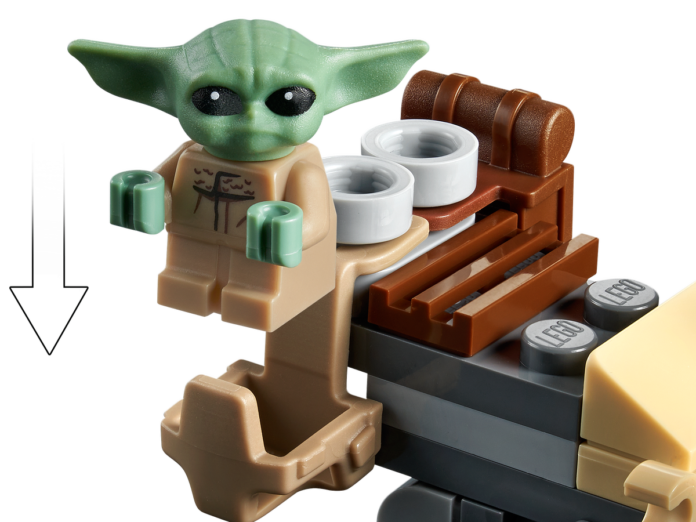 Over at LEGO.com, LEGO updated the Star Wars pages with some new products that are coming soon, like January 1, 2021 soon. Hard to believe that 2021 is just around the corner. There are 4 new products in total: a new X-WIng, a TIE Fighter, a Mandalorian-based set, and a new Falcon Micro Fighter. 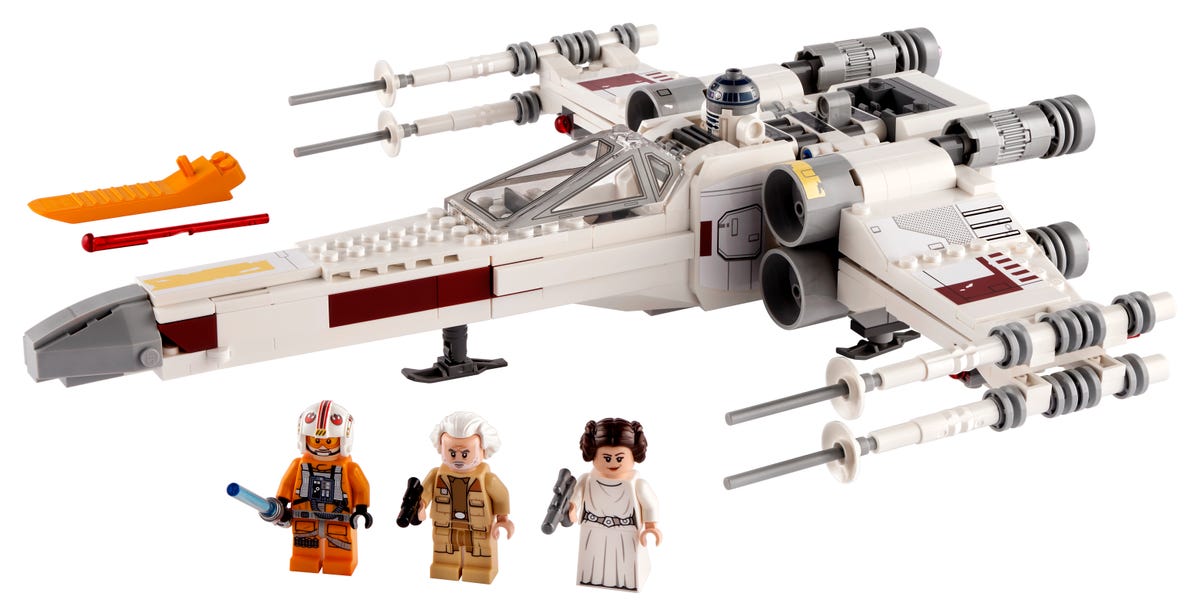 75301 Luke Skywalker’s X-Wing Fighter comes with Luke Skywalker, R2-D2, Princess Leia, and General Dodonna. Why LEGO insists that every character carry a weapon is beyond me. Luke makes sense with a lightsaber. I’d even accept him carrying that and a blaster at the same time. General Dodonna and Princess Leia though? Come on now. Maybe they could have budgeted some pieces for a war room display or something instead of some out-of-place weapons.

Despite my grousing, it’s nice to see an X-Wing at a more reasonable price point. Poe’s orange one retailed for $89.99. The one before that? $79.99. To see a price go the other way is actually quite nice. The reduction in price doesn’t come without compromises though. it’s a much smaller model, there’s no spring-loaded missiles, and the nose of the ship is all wrong. 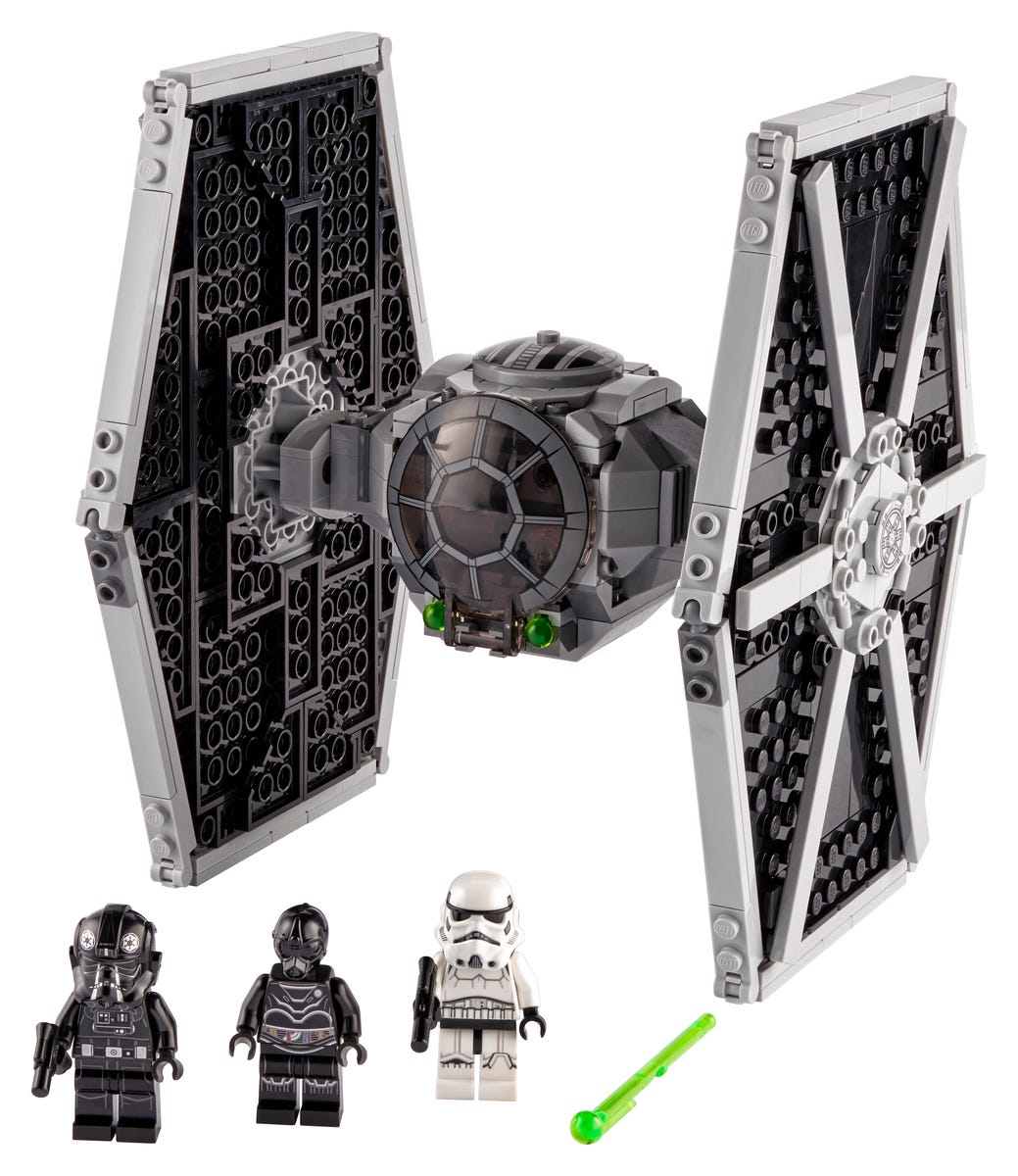 75300 Imperial TIE Fighter comes with TIE Fighter pilot, Stormtrooper, and NI-L8 Protocol Droid. I don’t recognize NI-L8 from the original trilogy, so I googled it. The only entry on Wookiepedia is this entry for NIL-8 Assassin Droid which originated from an old Star Wars roleplaying game. I highly doubt that this was the source for LEGO minifig. Plus it was spelled wrong. I’m gonna guess it’s an original LEGO creation.

This TIE Fighter looks like the UCS version’s little brother, right down to the wrap-around plating around the wings. This thing is super adorable. It looks juniorized, but not in the terrible 4+ line way. And like the X-Wing, it’s nice to see the prices go the opposite direction.

75299 Trouble on Tatooine comes with The Mando, Baby Yoda, and a Tusken Raider. The set is based off of the season 2 premiere of The Mandalorian, “The Marshal”. It comes with the speeder bike The Mando from Mos Eisley to Mos Pelgo, some weird hut thing, and a ballista. This set seems like an afterthought of things that couldn’t be justified by themselves so they were just mashed together to make a bigger set. 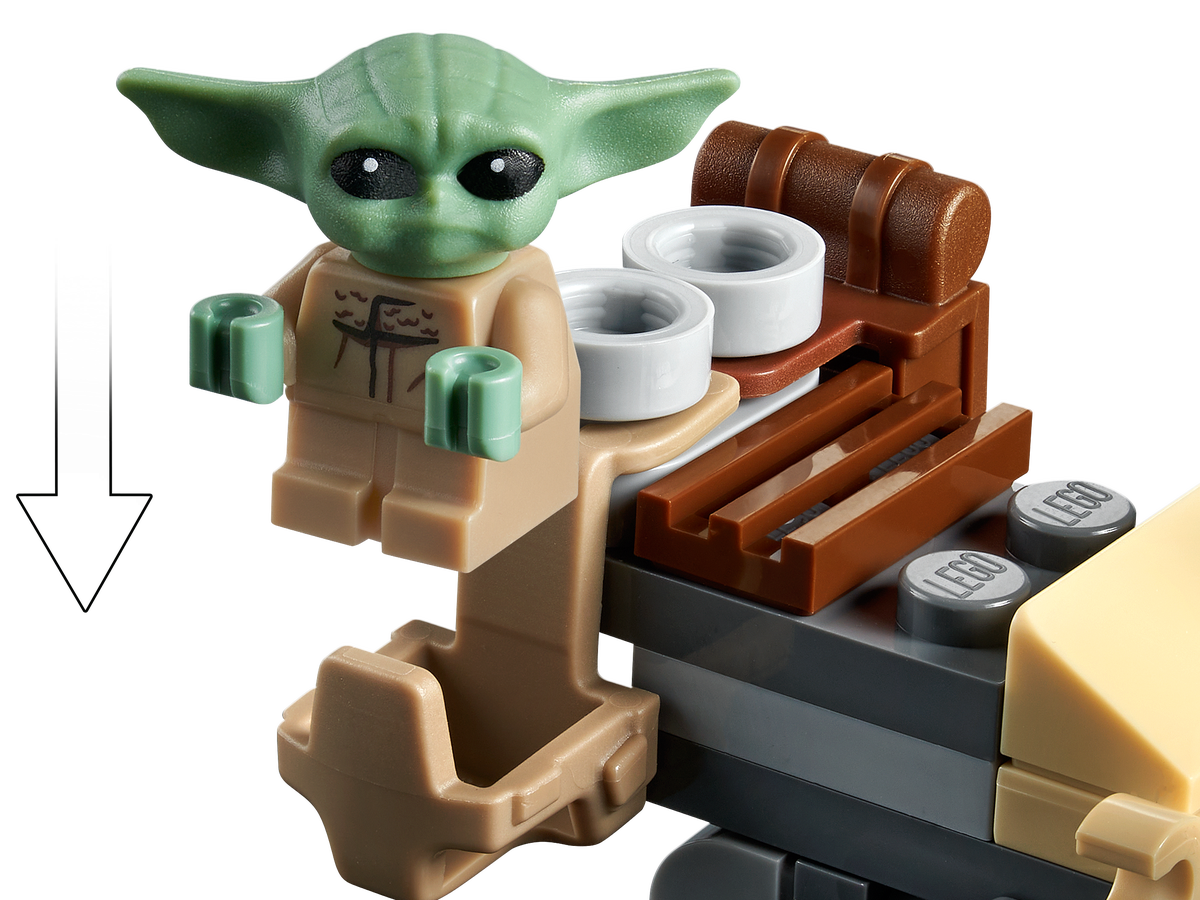 This right here is the best thing of the set though, hands down. Gonne be interesting to see if that element can be used for anything else other than a Baby Yoda carrier though. 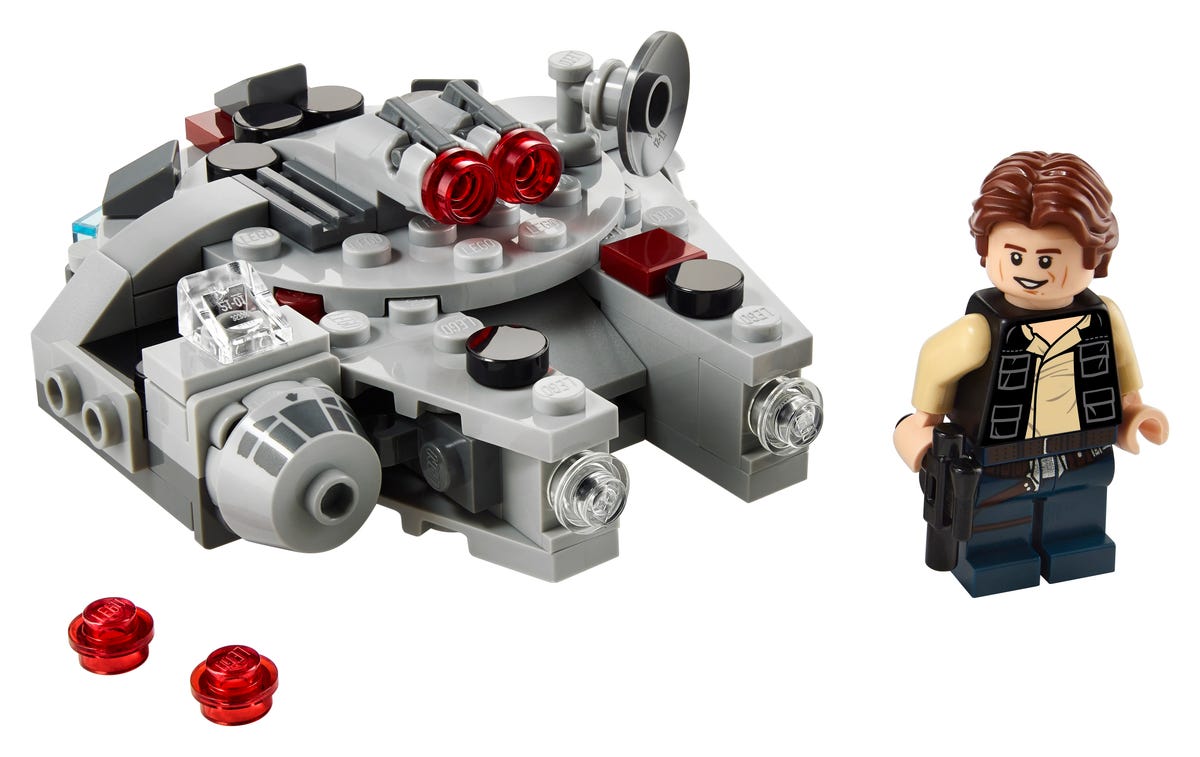 75295 Millennium Falcon Microfighter is new. Now we all know why we’re getting a new Falcon microfighter, right? Yeah, I mean it’s just so obvious right? But yeah, you gotta tell my friend over here ’cause I actually gotta go.

The Falcon is more or less the exact same model as before. There are a couple of different pieces swapped in but you’re not really getting anything new. No, the only reason you’d want to get this is because you never got the first one or you really want this version of Han. I’m guessing it’s from the Solo movie. If that’s really the case, they should have made it white and blue but I guess even LEGO and Lucasfilm Licensing wants to forget that movie exists.

There are affiliate links in this post. If you click through and make a purchase at LEGO.com, FBTB may earn a small comission. Thank you for your continued support.