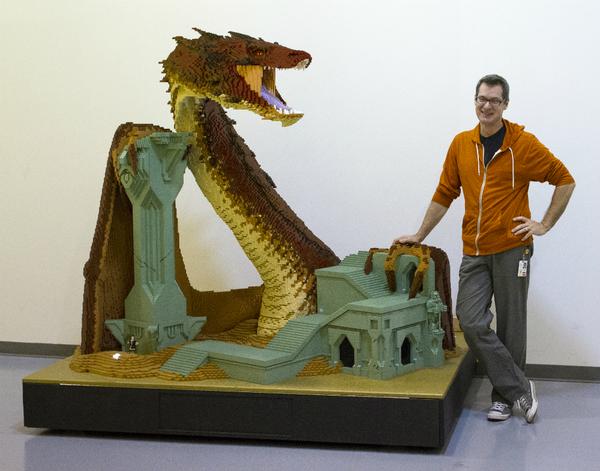 I wandered over to the WB booth today where the LEGO Smaug statue was housed and it was much more impressive than what the press photo made it out to be. It’s pretty tall and features light up eyes and a chest. This statue must have made a nice dent in LEGO’s supply of gold 2×4 bricks and sand green elements. One thing I noticed that was barely noticeable in the press photo is the miniland scale model of Bilbo Baggins in the corner, hiding from Smaug. I forgot to take a picture of the whole thing in its display space so the above press photo will have to do. Click through for more pics! 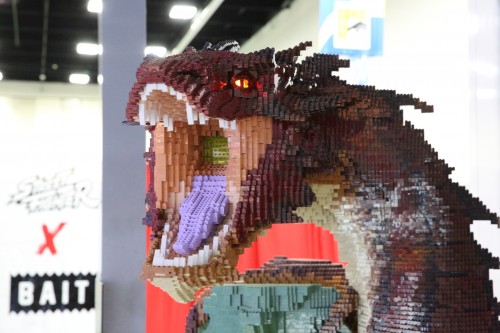 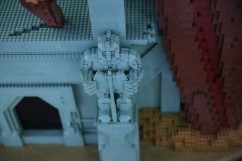 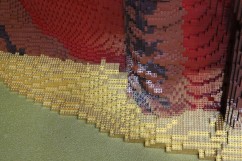 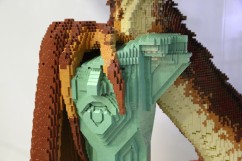 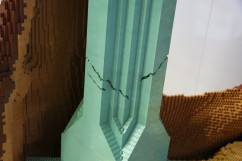 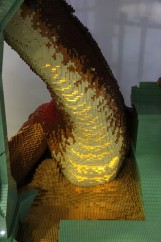 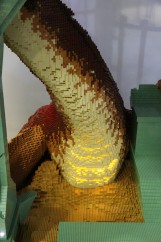 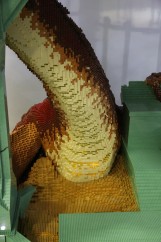 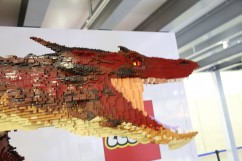 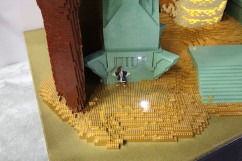 Oh, and Smaug’s chest, neck, and mouth all light up. Â The whole thing is on a randomly timed breathing pattern; it’ll breath a few times then do a fire sequence. Â The Arkenstone “glimmers” with multiple lights randomly as well. Lighting provided by LifeLites by Rob Hendrix, who also did the lighting on the lightsaber cases.