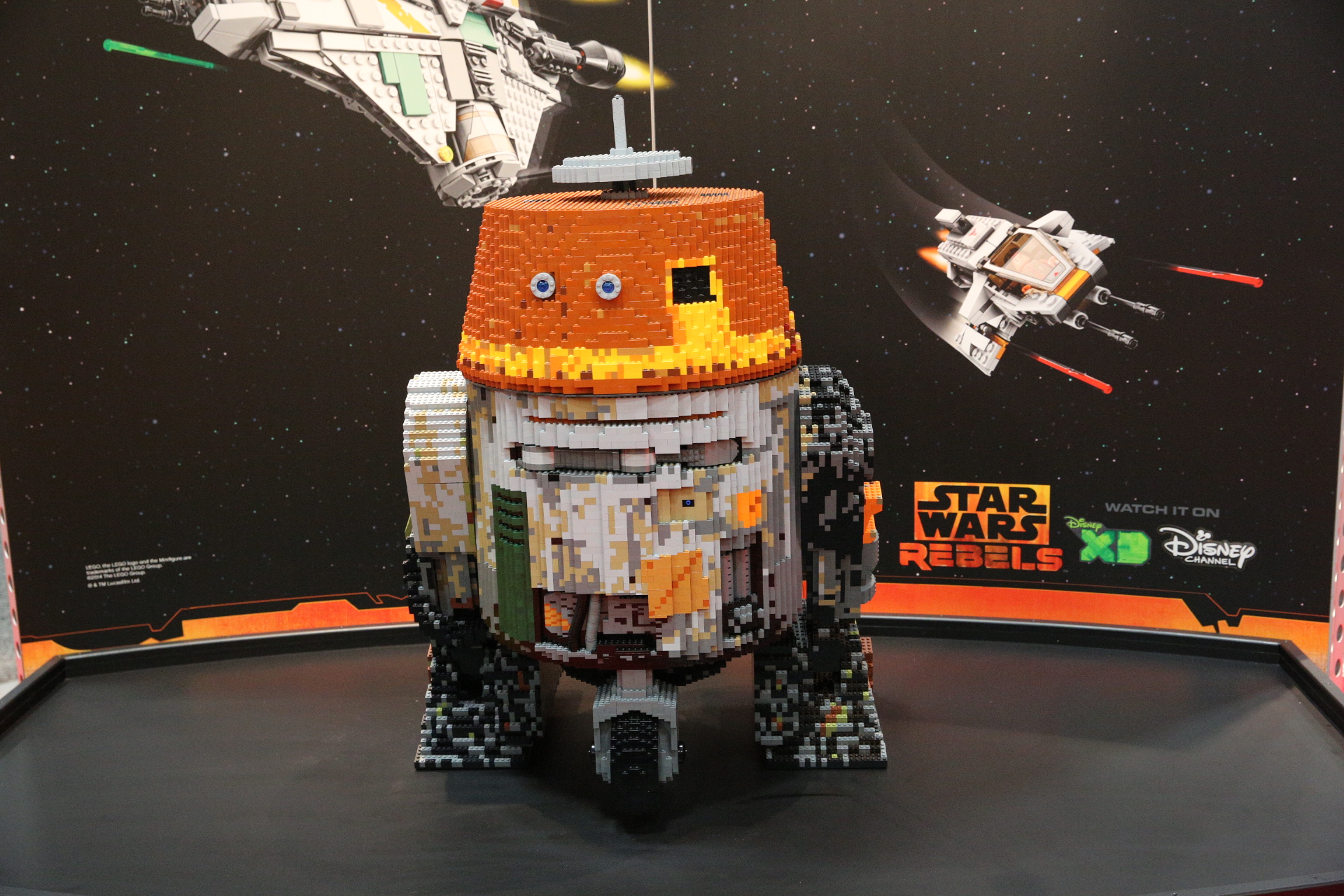 The LEGO booth is home to a record number of statues this year, totalling five in all. We’ve already posted images of the LEGO Batcycle and a few snaps of the other statues but I thought I’d try taking a few more.

Choppers head actually moves by rotating left and right and features its front wheel which was missing from the previous photos released of the statue. At first I thought its two legs were actually going into the table until I realized that the angle was built that way on purpose.

My favorite one is the of Spider-Man complete with webbed up camera. 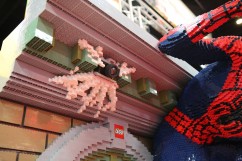 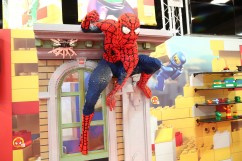 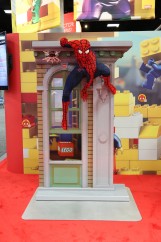 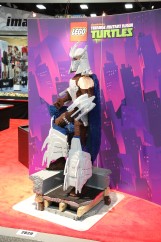 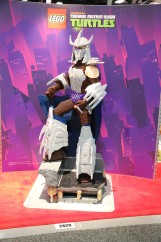 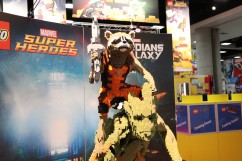 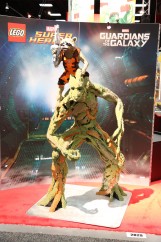 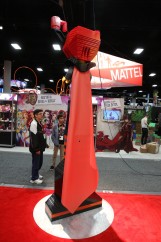 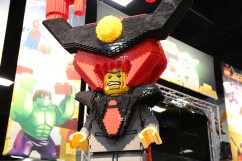 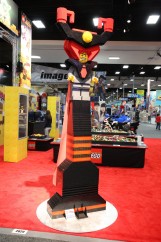 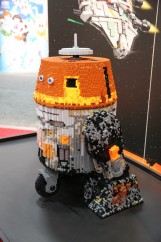