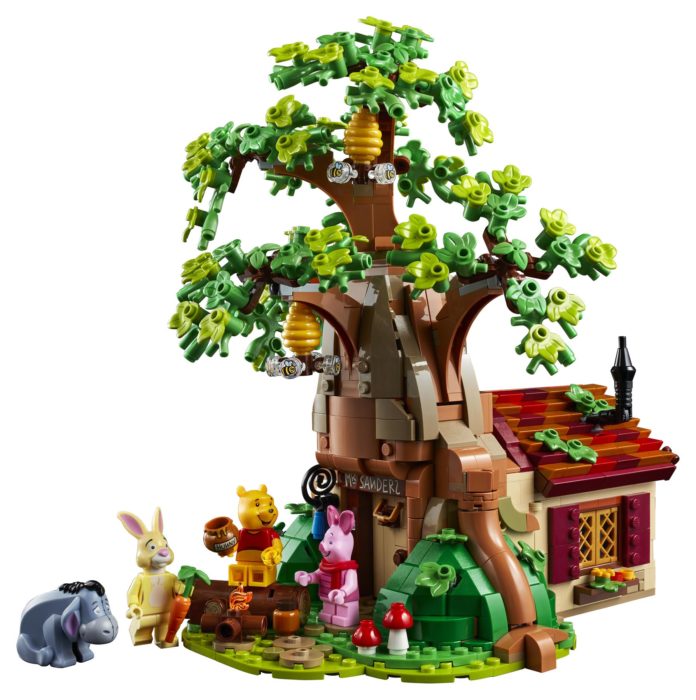 LEGO Ideas pulled the wraps off its newest set today, 21326 Winnie the Pooh. Coming out on April 1, 2021, this 1,265-piece will set you back $99.99. There are five minifigs included: Winnie the Pooh, Tigger, Rabbit, Piglet, and Eeyore. Maybe ‘characters’ is a better descriptor than ‘minifigs’ because Eeyore doesn’t quite fit the definition of a minifig. Eeyore is the best one in my opinion. All the others just look off in some respect.

You can see there’s a ton of detail in the tree and Pooh’s house. There’s a buildable armchair, printed Hunny pots, and 1×1 round bee tiles, which is my favorite element out of the set right after Eeyore. At $99.99, the price feels just right but if you said it felt a bit high or that the set doesn’t look like it has 1,265 pieces, I don’t think anyone would really disagree with you. 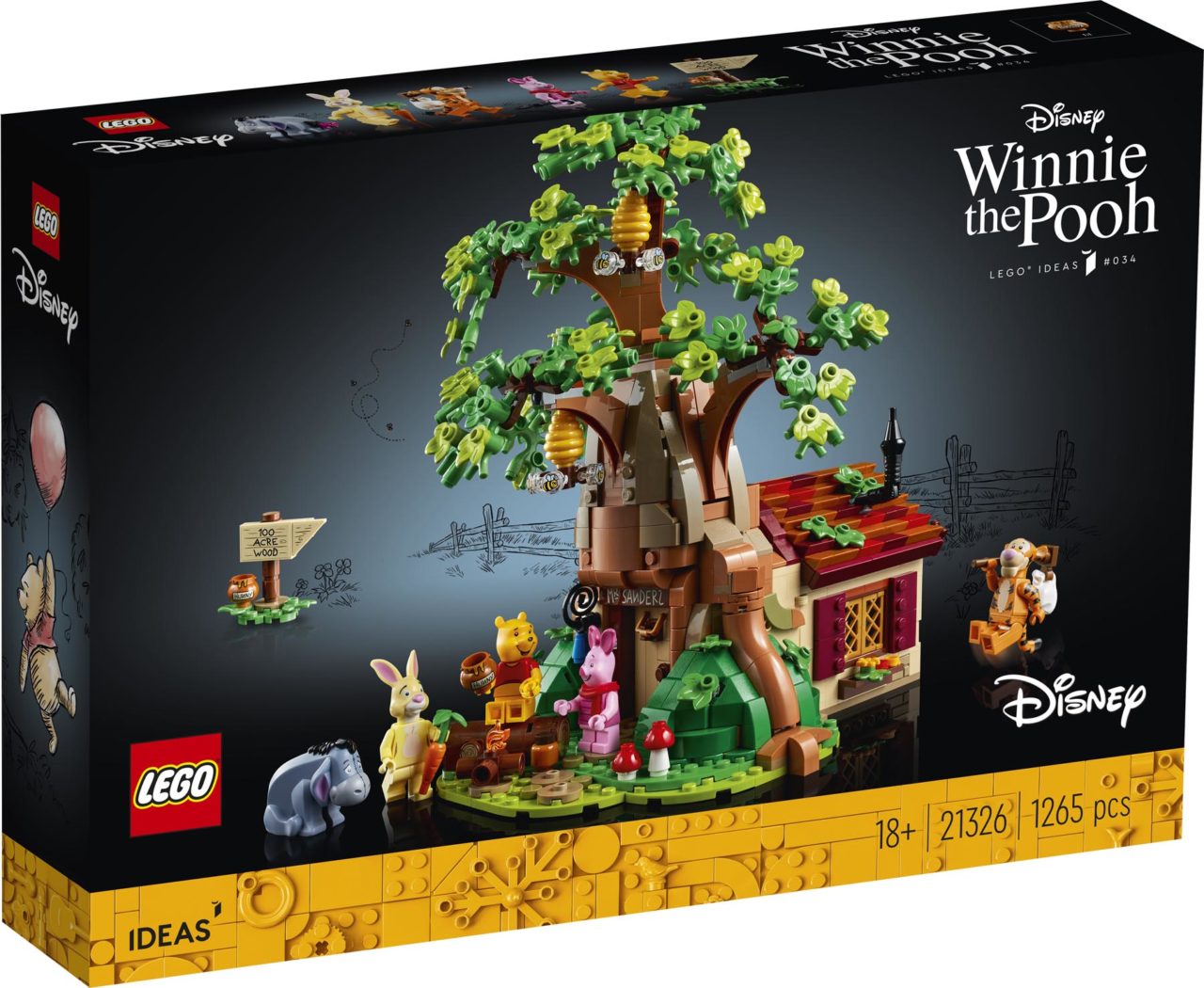 Just like the Sesame Street set, 21326 Winnie the Pooh uses the black box design aimed for the adult market ’cause when I think “Winnie the Pooh”, I think “adult collectible”.

21326 Winnie the Pooh will be released on April 1, 2021 with VIP Early Access beginning March 18 at LEGO.com and Brand Retail locations. If you click through that link and make a purchase, we may earn a small commission.

More pictures below, the designer video after that.