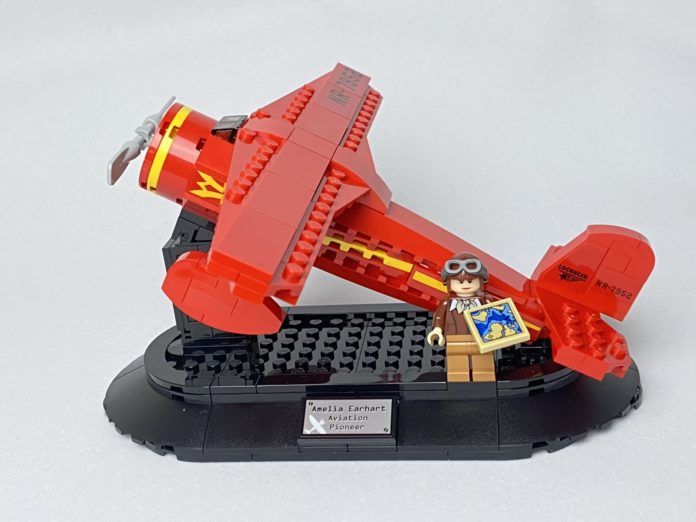 I received the next GWP promotional set 40450 Amelia Earhart Tribute late last week. LEGO.com mailed it over ahead of the start of the promotion and since it starts on March 6th I figured I should finally do something on time for once and write up a quick review. 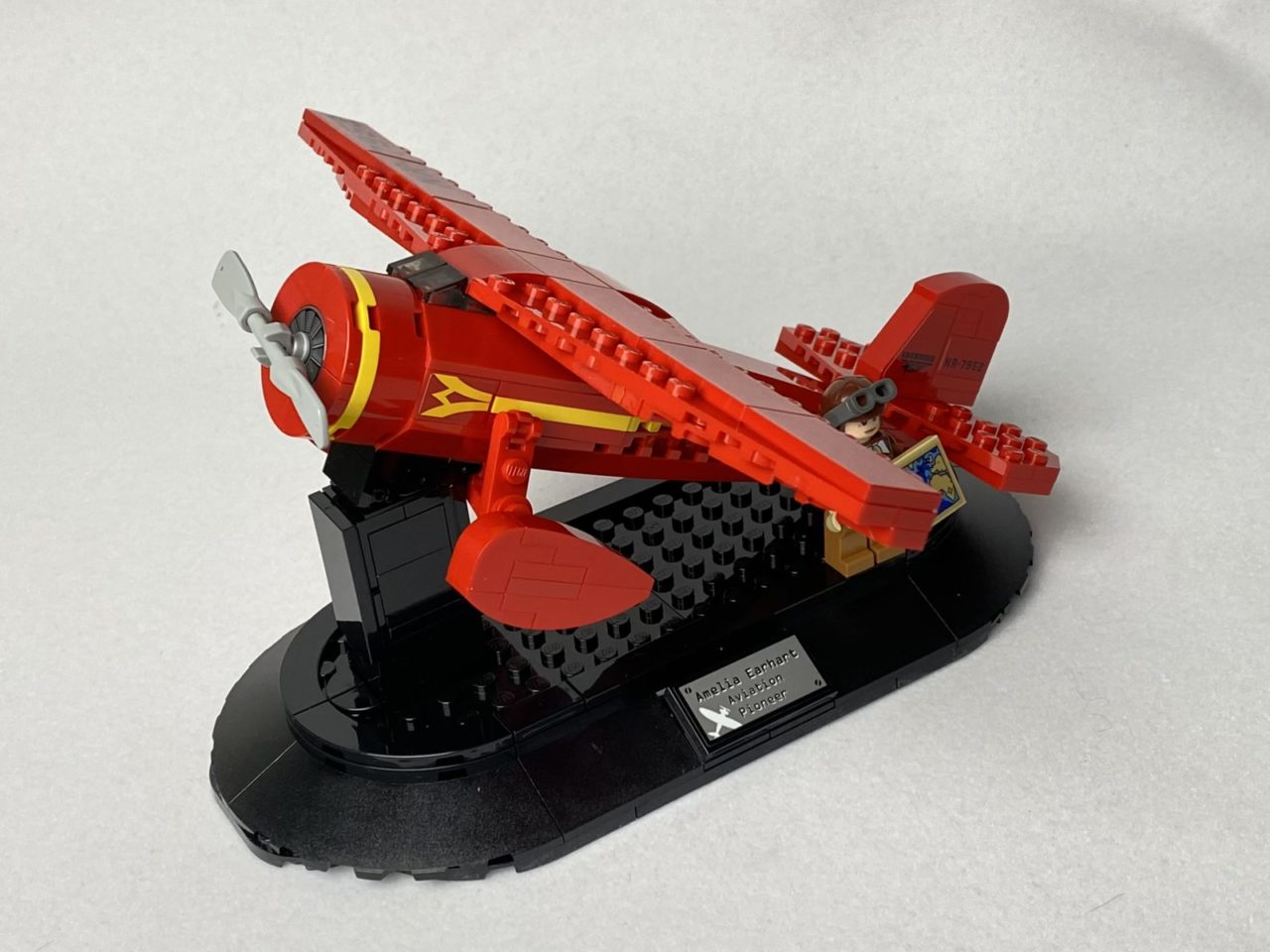 The set consists of Amelia’s Lockheed 5B Vega, a display stand, and a minifigure of Ms. Earhart, built in that order.

The plane is smaller than minifig scale and won’t seat Ms. Amelia despite my wishful thinking. Still, it’s chock full of details that mostly capture the look and feel of the real-life Vega. I say mostly because there are some details missing, such as the plane’s registered number NR-7592 on the underside of the left wing, that some additional stickers and a handful of parts could have remedied. I don’t think those additional parts would amount to anything that would blow this thing past whatever budget it had. For such a premium set, I’d expect all of the details to be there. It’s like fumbling the ball at the 1 yard line. LEGO makes this great looking set but ends up neglecting some details. If you had an extra sticker sheet, an X-Acto knife, and a couple of parts you can probably really make this set shine with the details but it shouldn’t be up to the buyer to make it perfect. It should be so out of the box. 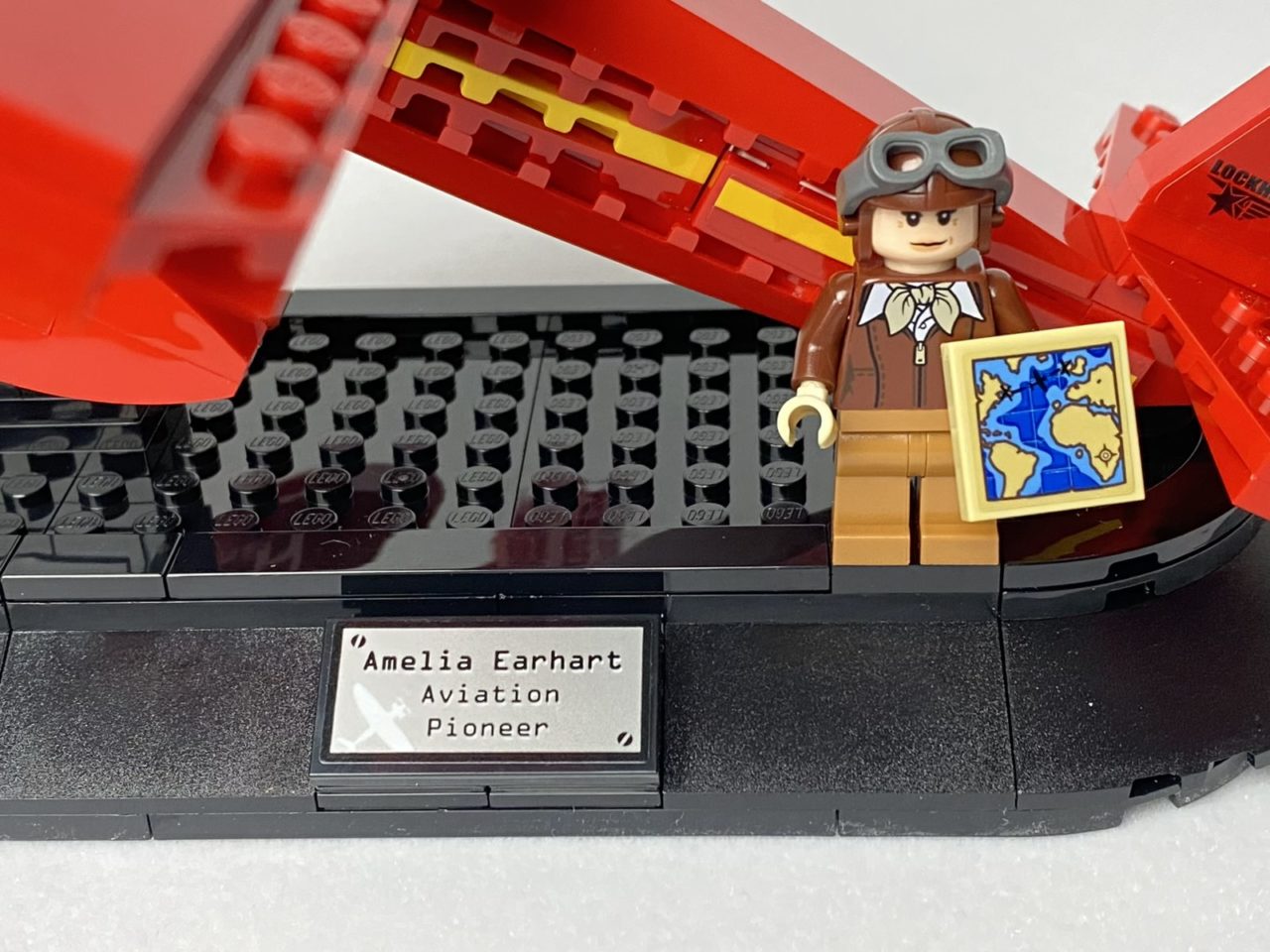 The yellow pinstriping is achieved by using a combination of plates and stickers. The only area that is missing the pinstripe detail is the landing gear but that would have involved placing a STAMP and it’s rare for LEGO to do that sort of thing, if they’ve ever done it. 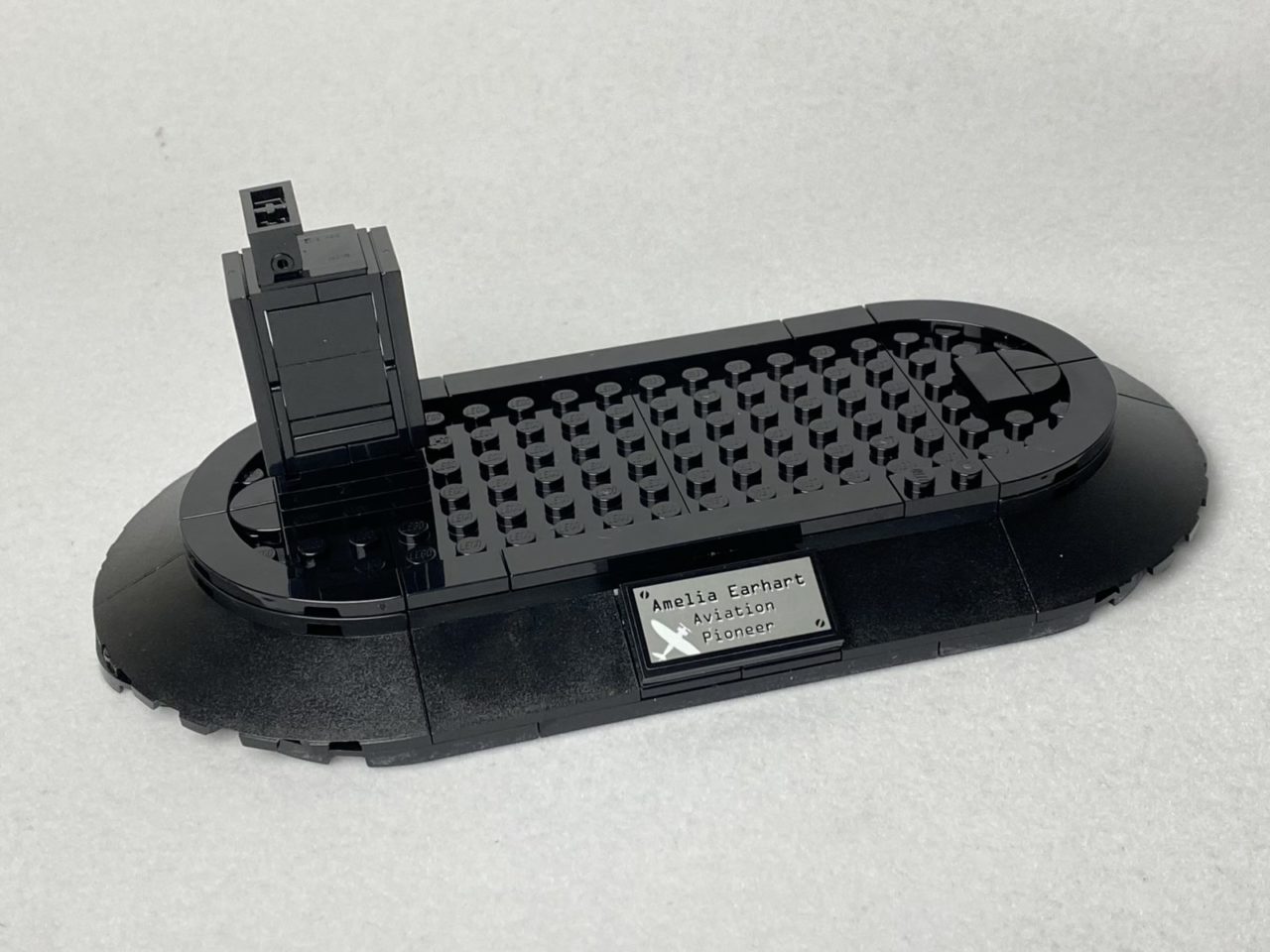 The display stand is nice and wide providing a good-sized platform to display the plane. There is some neat SNOT work on the front stand to keep things nice and smooth. A hinge plate attaches upside down to the bottom of plate. 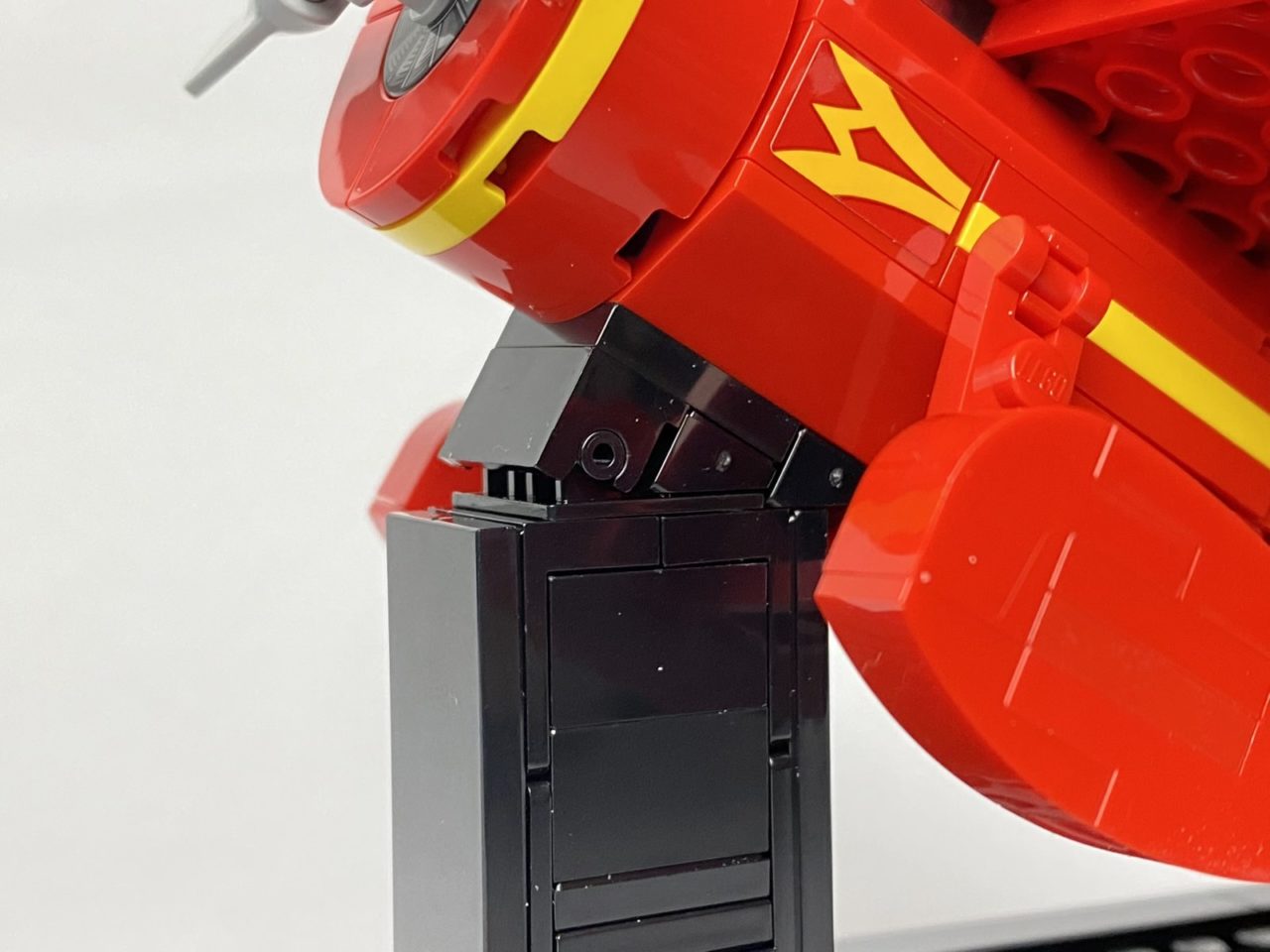 The connection point is only two studs making it too weak of a connection to life the whole thing up by the plane. In a way I wish there wasn’t any connection points from the plane to the stand so that you can just easily lift it up, swoosh it around, and then put it back down without having to fiddle with something so bothersome as stud alignment. 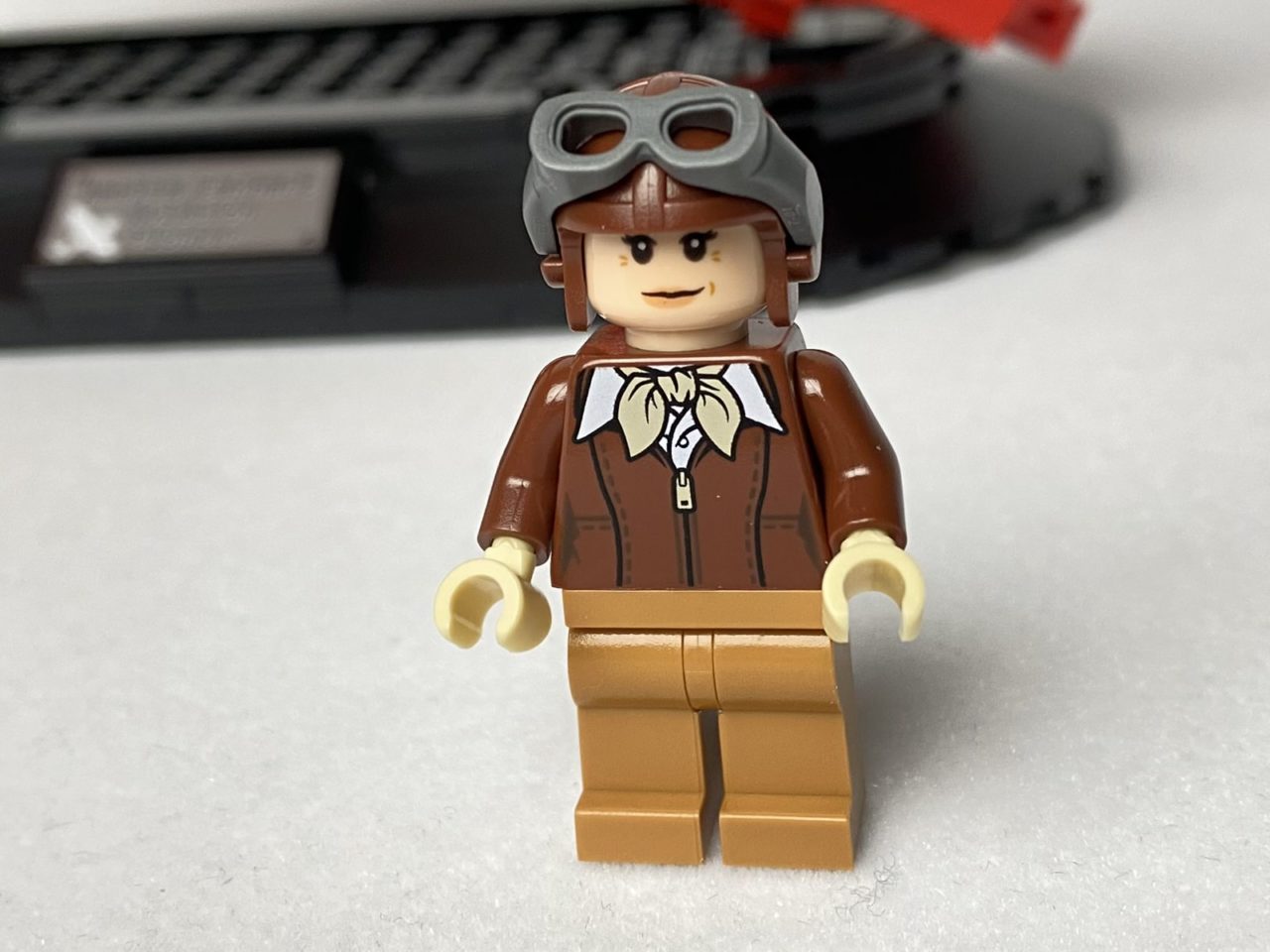 The Amelia Earhart minifigure is nicely adorned with a nice balance of LEGO-ness and detail. Not much more to say than that. And in case you’re wondering, there isn’t double-printed face for her. I don’t know enough about LEGO minifigure parts to know whether or not this figures is truly unique or if you can source the parts to create one yourself. I’m inclined to think that this is indeed unique. 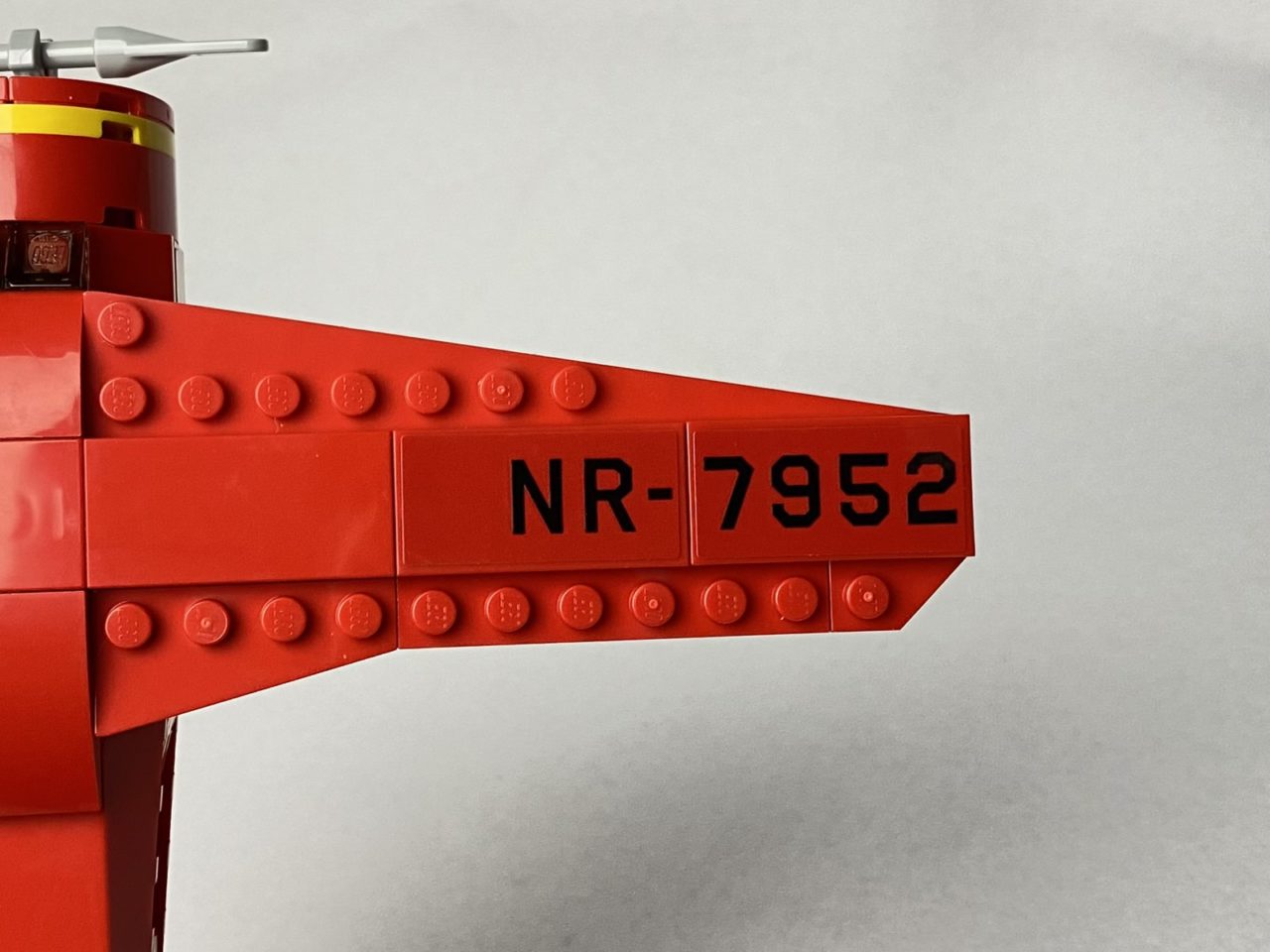 This is one of the more premium GWPs for the mere fact that the cost of entry is so high: it’s free with a $100 purchase of LEGO sets. But the main question is, is it worth it? If you held off on getting any of the new sets released at the beginning of March for the sole purpose of getting this set, it’s really a no-brainer. If you were waiting on a good GWP to get that Porsche 911 set, this would be it. It’s a nice set that would most likely go up in value should you leave it in the box. If there is absolutely nothing at LEGO.com that you’ve been looking to pick up, then I wouldn’t bother trying to fill a basket for just this one GWP. All that being said, my final verdict would be 4 out of 5 stars. It’s nice to have but expensive to get

All The Pictures I Took For 40450 Amelia Earhart Tribute

Yep. A couple of sandwich bags or a gallon-sized one will work.

And for the record, LEGO did provide a review copy of this set.

I’m raffling away my review copies. Each raffle entry is $1.00 USD. You can enter as many times as you wish subject to standard giveaway rules. Send your buck to paypal@fbtb.net, include your mailing address, and put â€œ40450 Amelia Earhart Tributeâ€ in the message. Raffle closes on 11:59pm Pacific Time March 12, 2021. And yes, I still have the previous review raffle winner to announce.