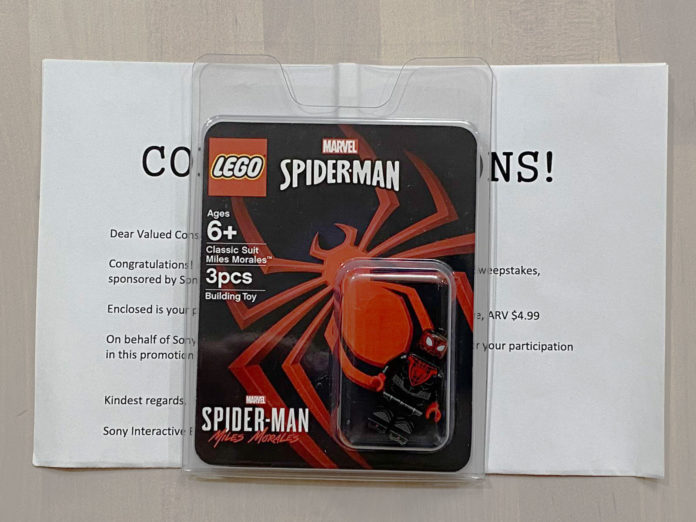 At some point in mid-January, on a whim I did a search on eBay for “lego miles morales playstation” wondering if they were sent out yet. I had not received any email from Sony saying that I won the not-Comic Con exclusive LEGO Miles Morales minifigure so I just assumed I was not one of the lucky few. And eBay is always, amongst other things, a good indication of market availability. And lo’ and behold, they were there.

I was mentally prepared to see prices in the $500 range but I guess I missed that phase ’cause the prices I was seeing were in the $800 range. Yikes! I monitored auctions and buy-it-now’s to see where at the market would stay steady. Prices rarely dipped below $800 during the month of February. I believe because the minifigures went to gamers and not Comic Con resellers, the market isn’t flooded with them driving the price down. If you’re looking to get one, start looking now because the prices will continue to go up. As a long-term investment, Comic Con exclusive minifigures aren’t a bad idea. And I have a feeling Miles Morales will be one of the more sought-after ones. 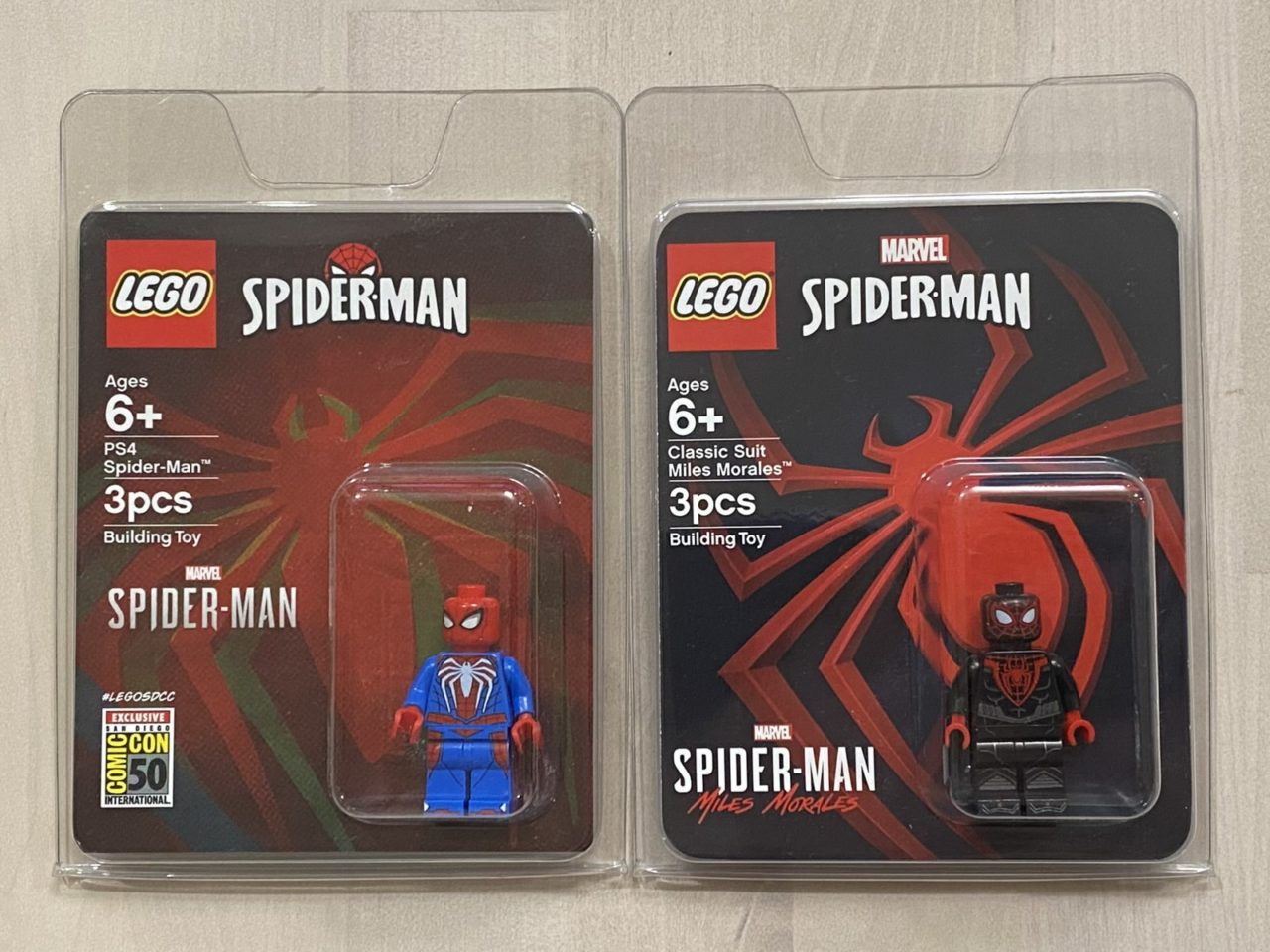 I managed to get the Advanced Suit Spider-Man Comic Con exclusive a few years ago. The pair is complete now and I can stop obsessing about it. I won’t say exactly how much I spent for Miles Morales, but I was really lucky to find a seller who was willing to sell below market value for the sole reason that it would be going to an obsessive collector. I sent him a pic of the Advanced Suit hanging on the wall as proof of my collecting habit and we agreed on a price. Still, it was really high, and now I need to sell some things to pay off the Miles figure. No regrets.