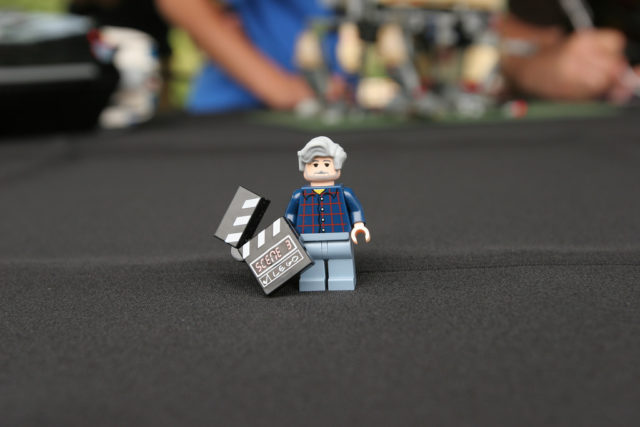 The minifigures above and below made an appearance at the Fan Display at Star Wars Weekend this past weekend, but they are cool enough to deserve their own post. If you remember from the LEGO Star Wars: The Visual Dictionary book, there was a picture of a George Lucas minifigure somewhere in the back. At least that’s what I was told since a) I can’t remember and b) I can’t find my copy of the book. There was also a picture of every Star Wars minifigure ever made, including prototypes. The George Lucas minifigure you see above is the real deal, not a custom job. The pink R2 unit below, dubbed R2-KT due to its resemblance to the real life R2-KT droid, is a prototype figure used to test the printing pattern for the Clone Wars era R2-D2 minifigure. Only 50 of the pink R2 minifigure are known to exist. Ol’ George? His production number is unknown, making it truly a one of a kind.

These minifigures are not mine, though I wish they were, just shown to me to make me faint with wanton desire. Now, if only a kind soul in Billund would gift me some of these…. 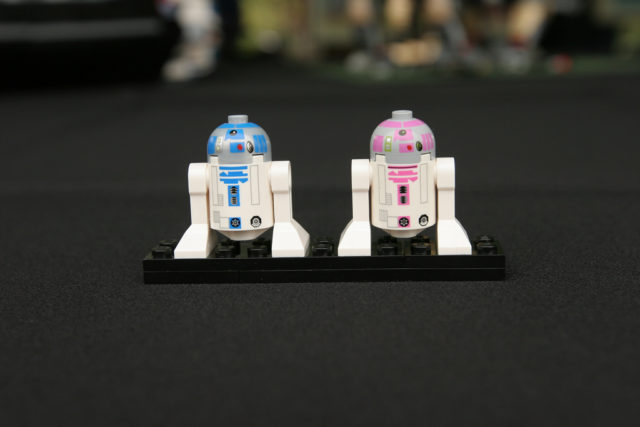