After last week’s lucky run at the Ultra Space Wilds and getting a Shiny Hippowdon on the first try, I decided to stick around and try my hand at a legendary. I ended up with Mesprit and did the soft reset thing for past few days. I’m 2,232 resets in and that is all I got for today.

I titled this post as Deathloop because I’ve been reading some discussion in our discord about that game and I thought the name just fits. I sometimes feel like I’m in this endless loop that can kill any desire to keep hunting. Shiny hunting can be a mind-numbing process of repeating the same action over and over again. But I don’t consider 2,232 soft resets all that high of a number to be honest. The last time I gave up on a soft reset shiny, it was Type: Null and I hit 5,200 resets. That one was a little more taxing because each rest took a few more seconds due to the dialog you have to scroll through. Hunting legendaries in Ultra Space Wilds is made a ton easier when you have rubber bands in place and saved the game correctly.

I think the typical approach is to have one large rubber band in place so that the two shoulder buttons can be constantly depressed at the same time. Then, resetting the game just requires you to hit the start button. I have a two rubber band set up though which allows one of the bands to be jammed under the circle pad and have it push up. So when the game loads after a reset, my character automatically walks forward to initiate the encounter. If a non shiny Mesprit appears, reset. So my button mashing consists of A, A, Start instead of A, A, Up, L+R+Start. It doesn’t sound like much of a difference but any small measure to reduce the number of steps multiplied by thousands of resets ends up making a huge difference quality of life difference. 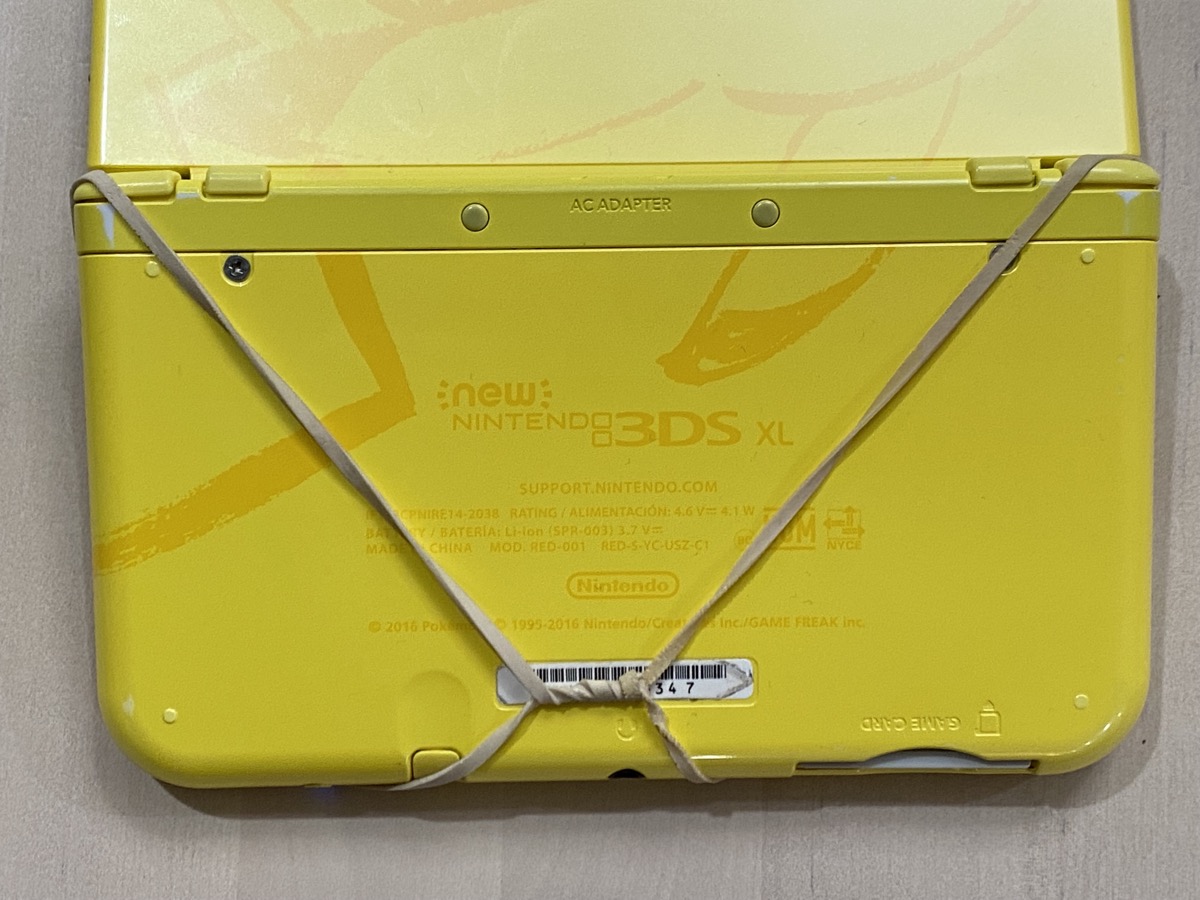 I’m oddly in a zen place with this Mesprit hunt. I’m curious to see how high the count will go. Hopefully I’ll have better news for the next PokéMondays post.