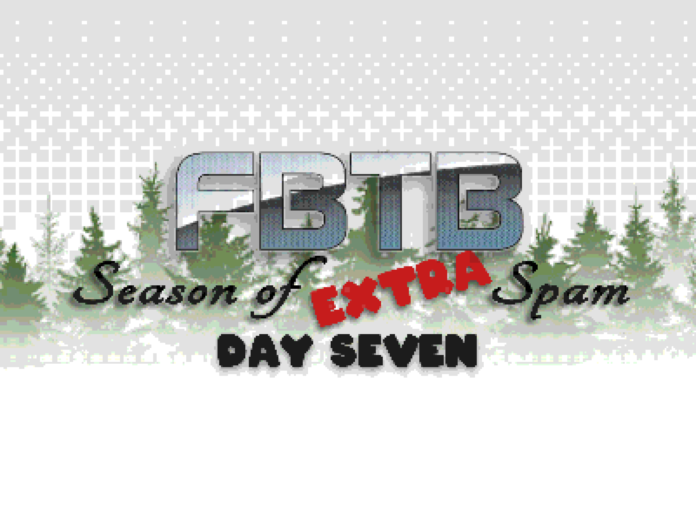 Oh dear. it looks like we are averaging exactly 50% right now. Take a look:

Still plenty of days for a winner to emerge. 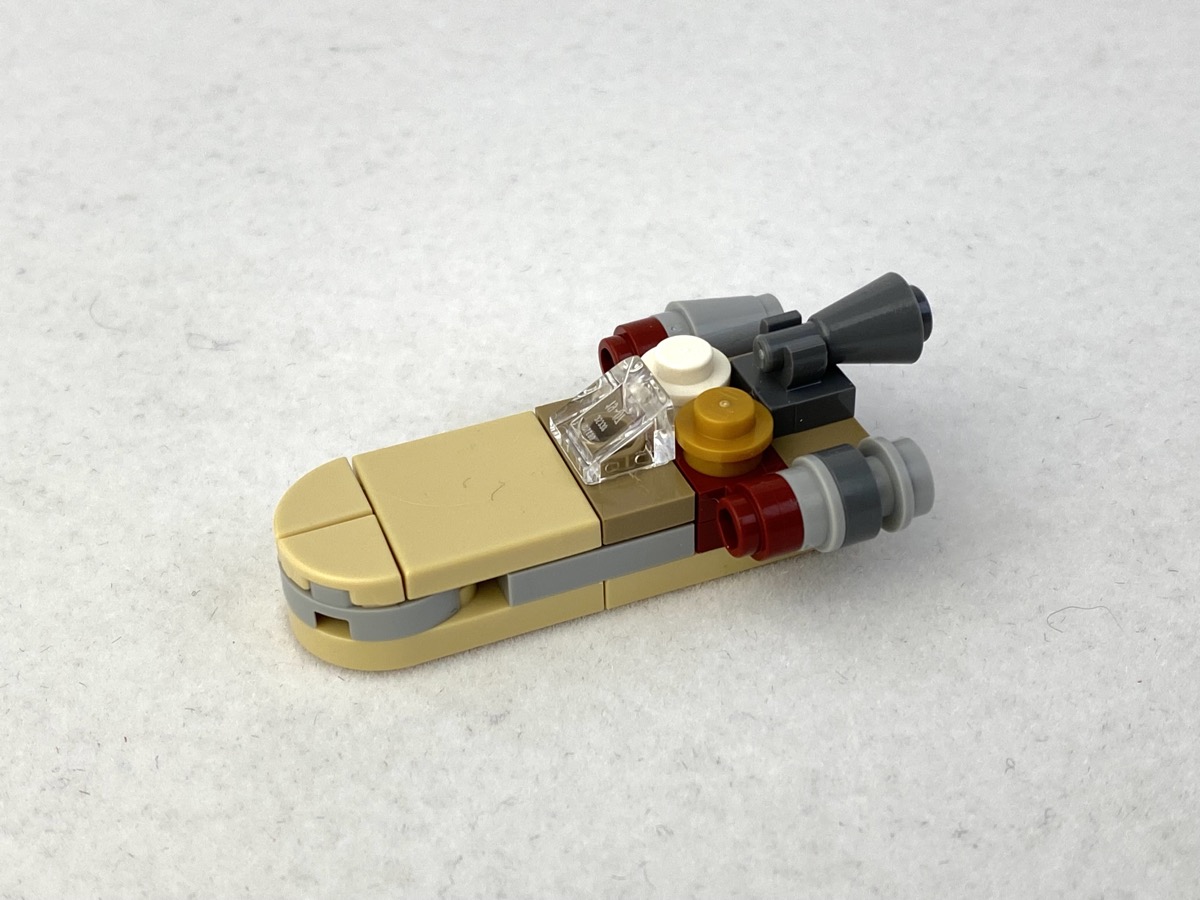 I groaned when I realized today’s build was going to be Luke’s Landspeeder. Call it PTSD from so many repeats of the Walmart special. But after some time, I realized that this model packs in a fair amount of detail: small windscreen, Luke and Obi-Wan represented by studs, the third engine missing its cover. Not too bad honestly. I think the only thing that would have made this one better was to put a clear plate or two on the bottom for the hover effect. But despite that, I’ll still give it a thumbs up.

So I realized yesterday that there are 24 days, split into three builds for each movie (Deathly Hallows gets two parts.) It looks like you get two vingettes, and then a minifig. And if that doesn’t take all the surprise out of the calendar, I don’t know what does. In fact, I think I might start predicting what each build it before I open it.

This is my favorite build so far. Iconic, action-y, and a pretty crazy amount of detail in just a dozen pieces. 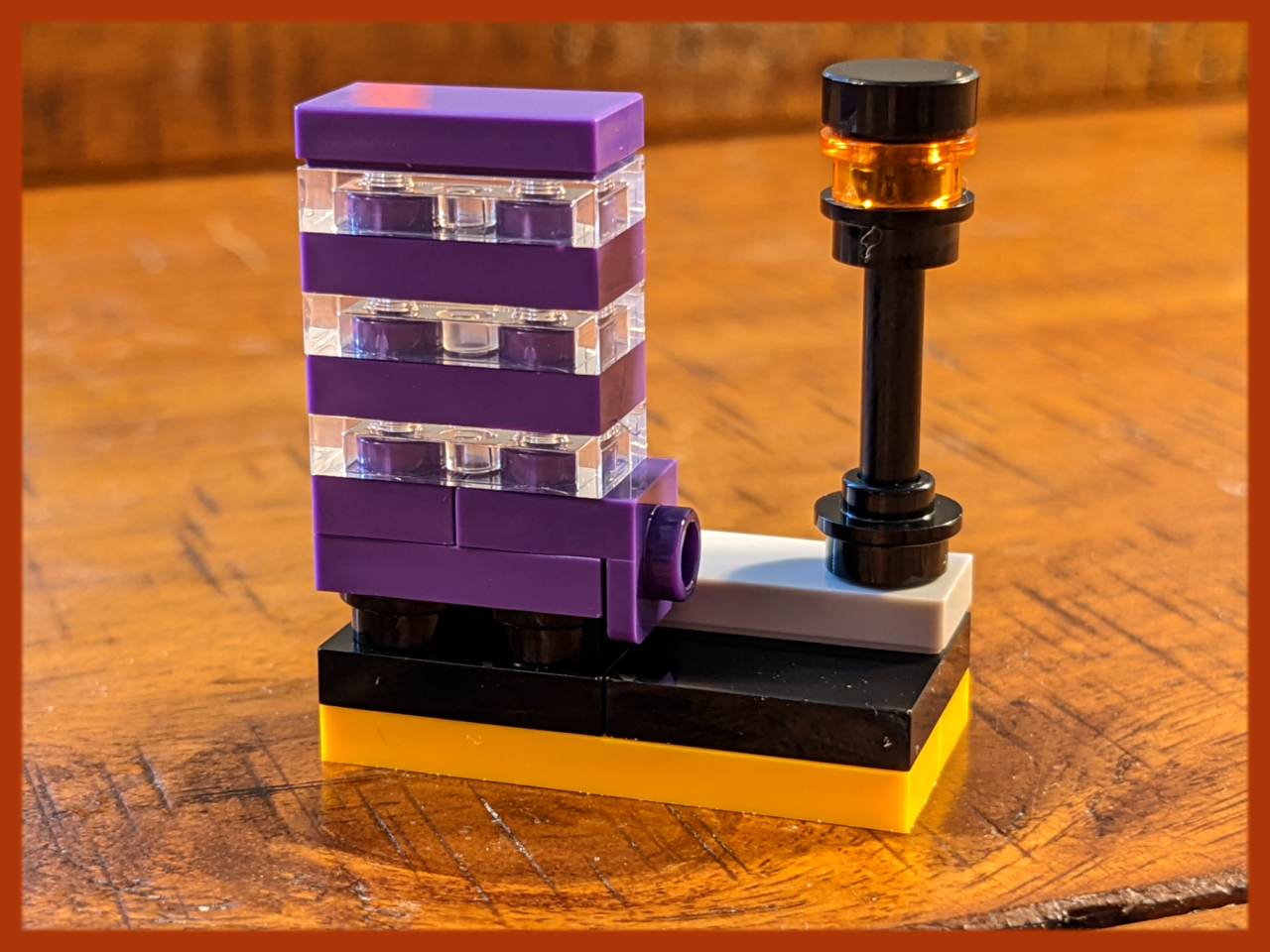 I’ve got to say, adding the tile for the road is a really nice touch. Getting rid of the studs that all the other builds have make it so much cleaner. I hope other builds take advantage of this. The bus also looks fan-TAST-ic. I’ve got no notes here – I’m excited for the next Prisoner of Azkaban build.

I can’t recommend today’s hot sauce – ASS-KICKIN’ CAJUN. And I love cajun, especially on a burger. But the sauce fell so flat, I can’t even really call it hot. I almost prefered Day 5’s horseradish sauce. 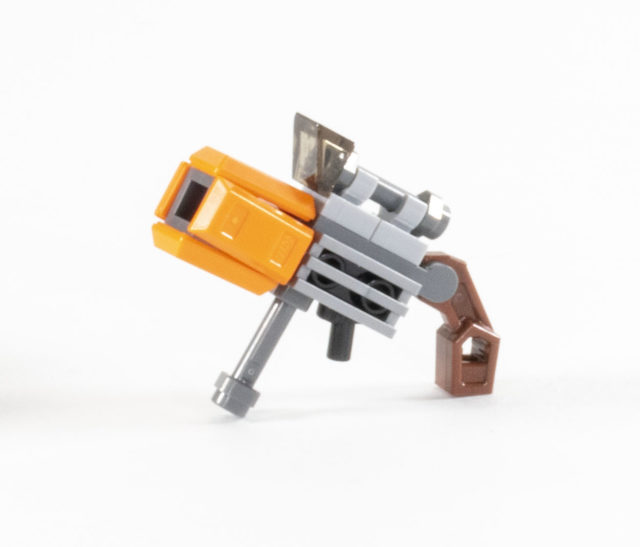 Well, we’re finally getting the rest of what should have come with Rocket Raccoon, and he gets his ludicrously oversized gun. It’s not the Hadron Enforcer, which I think would have been more fun, but it’s… fine. It’s certainly flavorful, but I think I would have liked it to just be colored or something more festive. 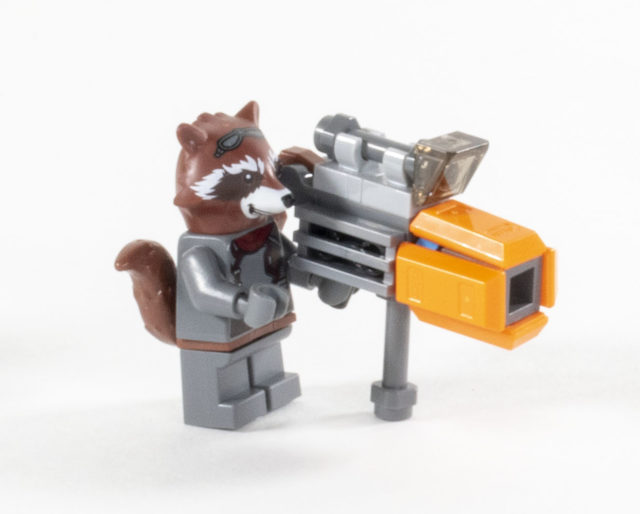 I know, I keep hitting on that same point over and over, but we’re at day seven and we’ve had exactly no holiday-themed parts of the calendar except for one present that couldn’t even fit all of the things that were meant to go inside it. Here, we basically spent three days getting things for Rocket that just amount to it being a regular ole’ minifig, and it’s hard to be all that thrilled for it in the end. Even doing something like making it a little red and green, would have been something. Thus far, this has been a disappointing calendar, and while the build is fine, I’m still calling this a dud simply because it continues the let down of the overall thing and it feels like it should have been yesterday or even just included with Rocket.

For the Chibi Marine friends, we get the boys on the wall, the “hard mode” colors before the new Citadel Contrast paints came out with their absolutely ridiculous oversaturated yellows that are somewhere between voodoo and what I can only assume are some sort of dark magic, the Imperial Fists. Another founding Legion, the scions of Rogal Dorn (actual name), these marines are the answer the question of what would it be like if you hired a dream team of Archimedes, Frank Lloyd Wright, and Leonardo da Vinci to design the giant rod to cram up their own butts.

The experts of fortifications, discipline, and siege warfare. They were responsible for the defense of Terra (Earth), and are basically the rule followers and humorless bunch. In other words, despite the fact that they dress like bananas and carry giant guns with mini rockets for bullets, they don’t take a joke. They also managed to piss off the only other legion out there, and it’s at least a little bit possible that they turned traitor just for the chance to fight Dorn and his legion because he once said that the Iron Warriors (said traitor Legion) wouldn’t be able to breach their defenses (they did – and then left because the Iron Warriors aren’t stupid and didn’t feel like dying any more).

This little guy is the most accurate of our little Chibi Intercessors, though, holding his bolter, because the fists just love Bolters and playing by the rules.