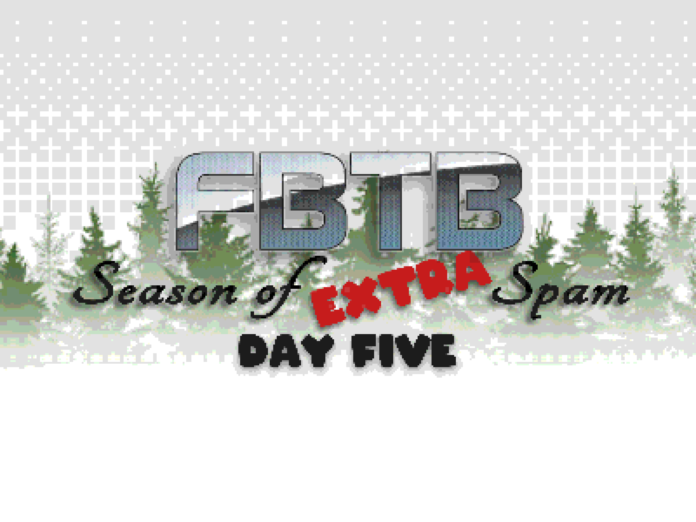 Our annual tradition moves along, another batch of Advent Calendars. Ace handling Star Wars (again), Eric handling Harry Potter (again), and Nick handling Marvel (again). We’re adding a little twist to this and doing our own bonus calendars of silly things, so Ace is waiting on Amazon, Eric is sampling Hot Sauces that may kill him, and Nick is enjoying indulging his stupid amount of knowledge of the world of Warhammer 40k through little chibi Space Marines.

We’re in the thick of it now. So far, Star Wars is pulling ahead with three wins, while Harry Potter and Marvel are lagging behind. Don’t worry folks, if there’s anything we’ve learned over the past years of doing this, it’s that the quality can – and always does – rapidly change. 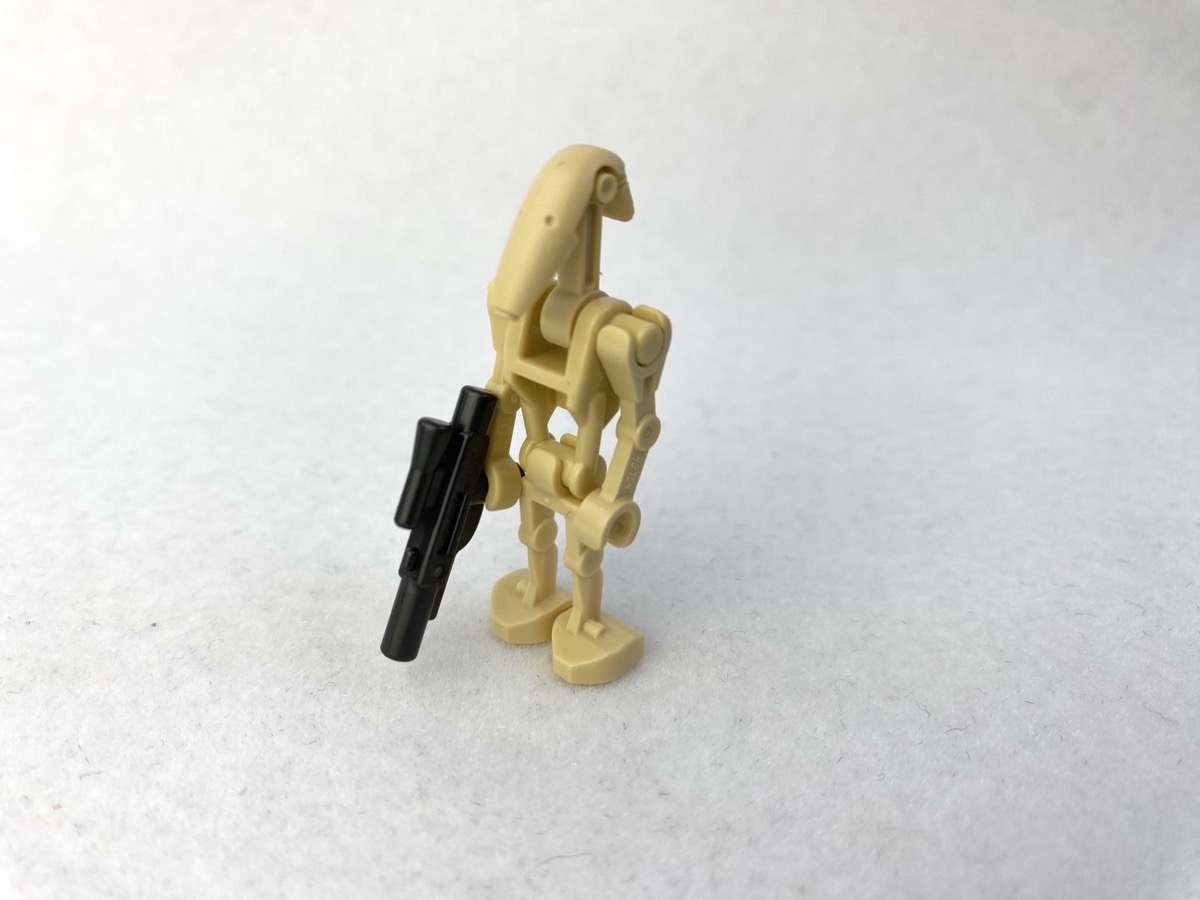 Ah well, after yesterday’s thumbs down (though, admittedly, it’s probably not that bad), I wasn’t sure what to expect today but a battle droid? Should be a MEH droid, right? I mean, I know LEGO has to fill the days with stuff but this is the laziest of the lazies. I could not be more disappointed.

Day 5 is here, which means I’m a fifth of the way done. It already feels like I’ve been doing this forever.

Two good builds in a row? I’m not sure what to do with myself. 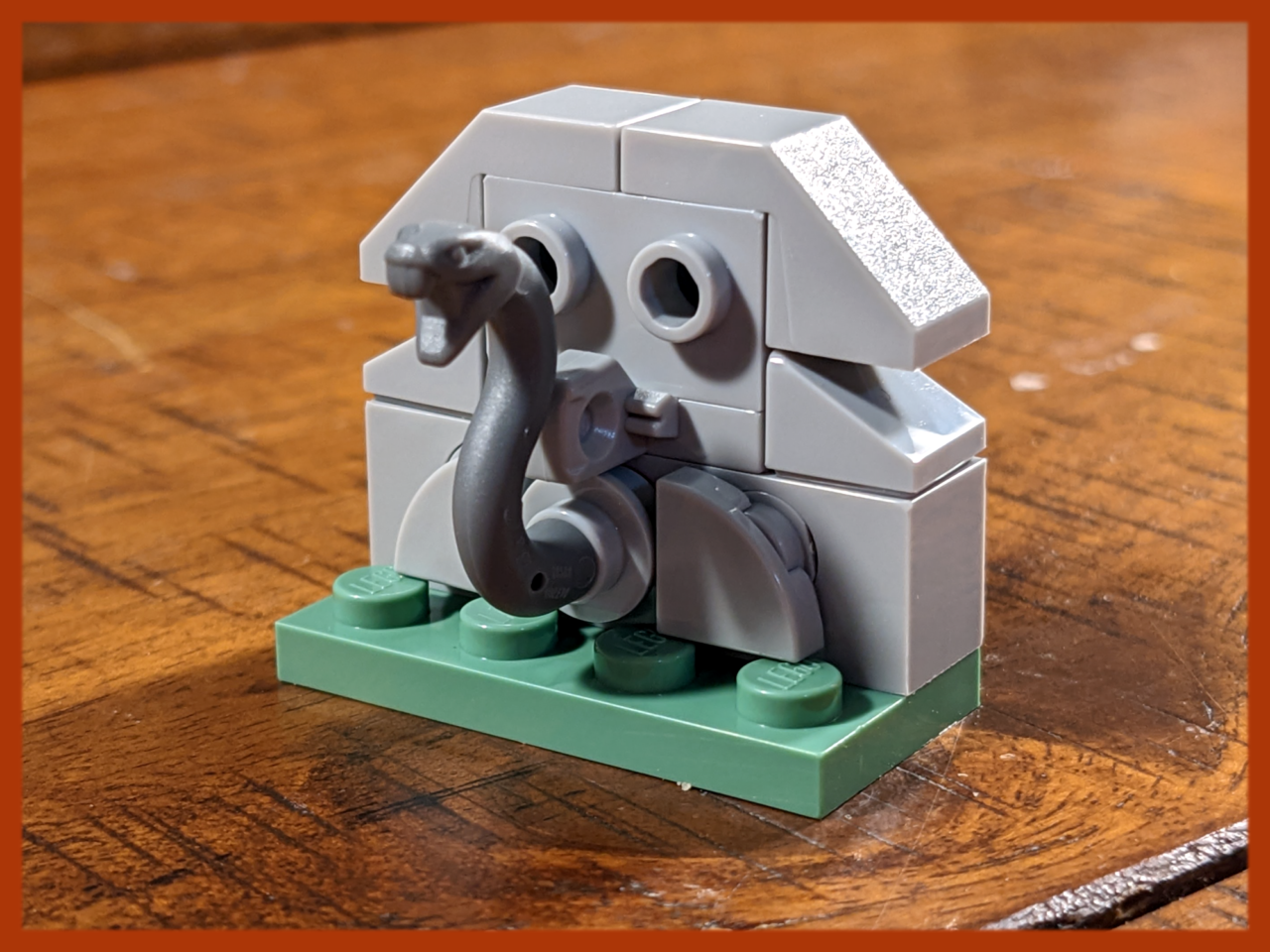 This is the Chamber of Secrets, and the more I look at it, the more I like it. Every piece is used extremely purposefully, to make up the giant stone face of Salazar Slytherin. Compared to the Whomping Willow from yesterday, which felt more like “just build a tiny tree”, today’s vignette is on a whole ‘nother level. My one critique is that I wish the snake was green. The piece actually has come in green before, so it’s not out of the realm of possibility. It also would have given some nice contrast between the gray of the face, to make it even more distinctive. 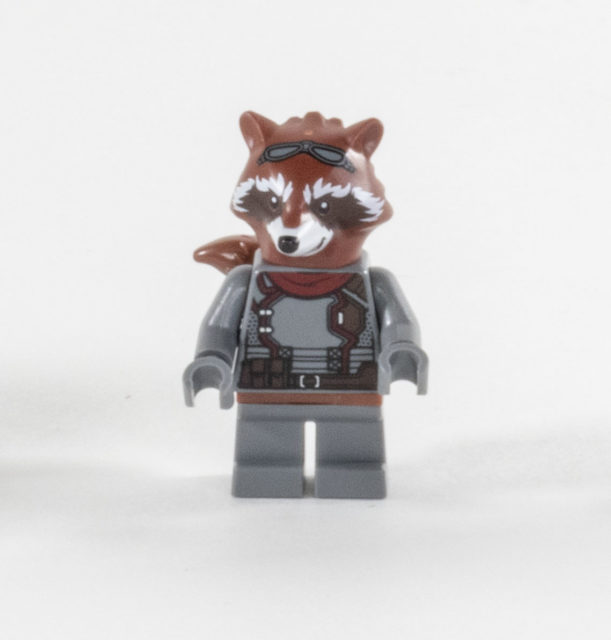 I’m fairly certain that Rocket Raccoon hasn’t actually changed since he was first introduced outside of printing, but somehow I like this minifig less and less each time I see it. Maybe it’s because I look at too many kids books these days and he reminds me of a fox in this form, or maybe because the googles make him look like he’s just doing some World War 2 Cosplay for some reason.

The lack of anything to make this feel Advent-y means that I unfortunately wasted all of my charity “ups” on Star Lord, so I can’t really give it here. It’s also not helped by, spoilers, the fact that the rest of his build is in future days based on the box art. We have two of our Guardians so far, and they’re just regular members shoved in the advent. I know there are better versions coming, but I wish this was feeling more festive. So it’s a miss.

Another one of the founding legions is up today, and this is highlighting one of the tiny touches of the calendar that’s just a very meta touch that more hardcore 40k fans into the lore are going to notice and love. I mentioned yesterday that the origin of the Space Marines were around the legions, twenty of them (but really eighteen – two are erased from any records or mention and a total mystery). Each legion was organized around a number, not just a name, so the Dark Angels were the 1st Legion. Well, I legion, because the motif of 30k was very much a neo-roman thing (40k is neo-gothic).

So, the Dark Angels were on December 1st, and here we are on December 5th, getting our 5th Legion White Scar. The Scars were another founding legion, unique and a wee bit problematic in their lore in that pseudo cultural appropriative way. Their whole shtick is basically “what if we took some Mongolian stuff and some far eastern stuff, threw it in a blender, and then put them on jetbikes.”

I’ll be honest, White Scars are probably the legion that I’m least interested in doing anything with. Their 30k models are really cool, all jetbikes and speaders, but amazingly expensive to build. Painting white is the absolute worst – white is an awful pigment to work with, and it never looks right. Pure white on a miniature just looks wrong, you really want really light gray or some other color combination. Lore-wise, I’ve never really read through their books like I have some of the other chapters or legions. We’re not getting to my legion of choice for a few days, but I’ve read plenty on the Dark Angels and enjoy trolling their fans – all 40k fans do, they’re like the AFOL that gets unreasonably angry when you mix fleshy and yellow faces so you always do it and pretend like nothing is off just to bug them. White Scars, though, basically just exist and love to ride their jetbikes, which, you know, I can respect.