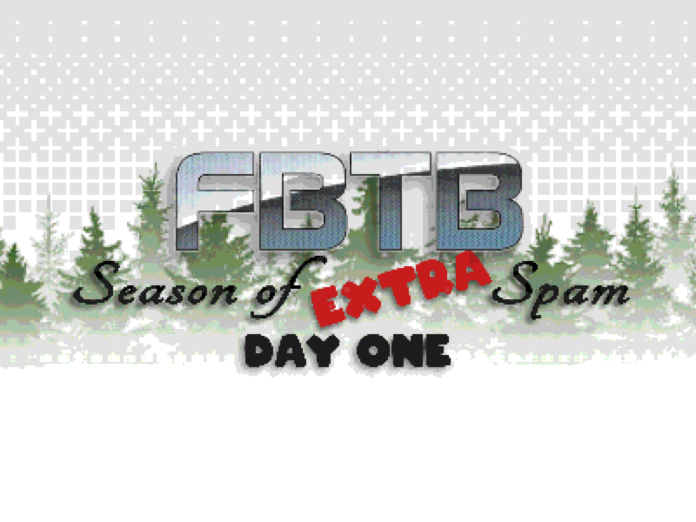 So it’s come to this, another year and we are scrambling because we knew that December was coming and yet still, somehow, managed to procrastinate until the last minute and just barely got this done so we could get the posts going. We’re adding an extra little twist this year, inspired by a stupid thing Nick read about a dumb Warhammer 40k knock-off advent calendar, and each one of us is grabbing a bonus advent calendar to mix in with what we’re doing.

We’re not really mixing it up… Ace is doing Star Wars (again), Eric is doing Harry Potter (again), and Nick is doing Guardians of the Galaxy (… again?). But for our bonus stuff, Eric is doing a Hot Sauce selection that may actually kill him before this is all done, and Nick is doing Warhammer 40k Chibis that are adorable and give him the opportunity to bore you all with an absurd amount of lore and nerd knowledge.

We will keep a running tally at the top, like we always do, and update and link back to the previous ones as we go along. 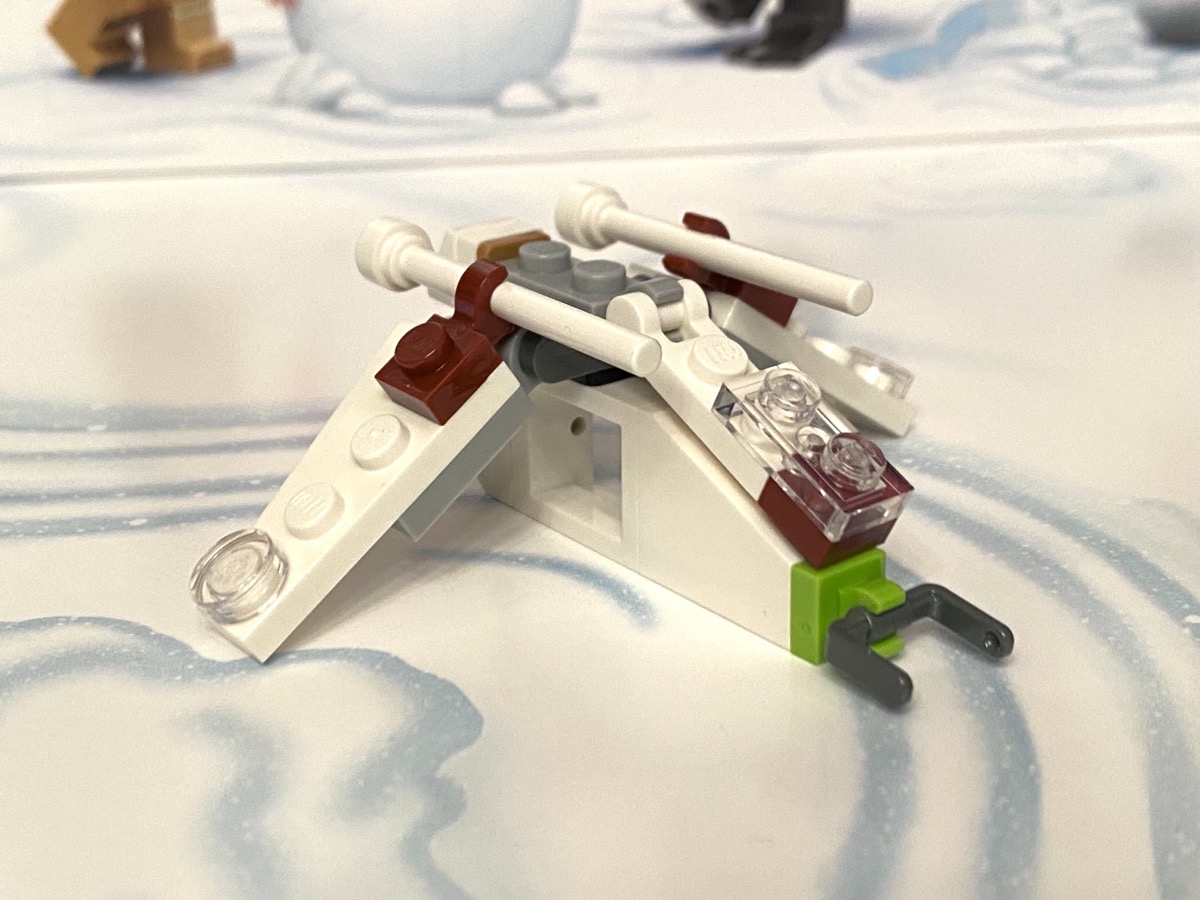 First things first, this photo sucks. I need to get back to my little mini photo booth for some better lighting.

The second thing though? This thing rocks! One of the most recognizable ships from the PT era, this micro Republic Gunship has a neat approach that involves a pane-less window on its side to start the building process. It’s not from my favorites series of Star Wars films, and it’s not one of my favorite Star Wars vehicles, but I can recognize a good build when I see one, and this, my friends, is a great one. Nice start to the month-long advent-ure. Ha! See what I did there?

The third thing is I failed to pick up a second calendar. Maybe if I’m feeling up for it I’ll venture out to Target or something later today and then add to this post.

So here’s the deal – I decided to take hot sauce before I built and reviewed each day. Bad idea? Certainly. Funny? Maybe. Going to cause gastro-intestinal problems? Definitely and/or already has.

I have 24 sample hot sauces. I’m downing a tablespoon, opening, and building the set. Oh, and I’m recording each day. In case you want to literally see me breaking down.

So yeah – Day One. Still not sure what this thing is if not Grimmauld Place. That’s a bad sign for a build first off the bad. Also, I’m docking points for it not being Harry Potter. This was a rough hot sauce, and I needed a really easy build. I had a whole bit planned for how I’d bemoan getting Harry Potter in ever set ever. Oh well. Spoiler, I guess, for whenever HP shows up. 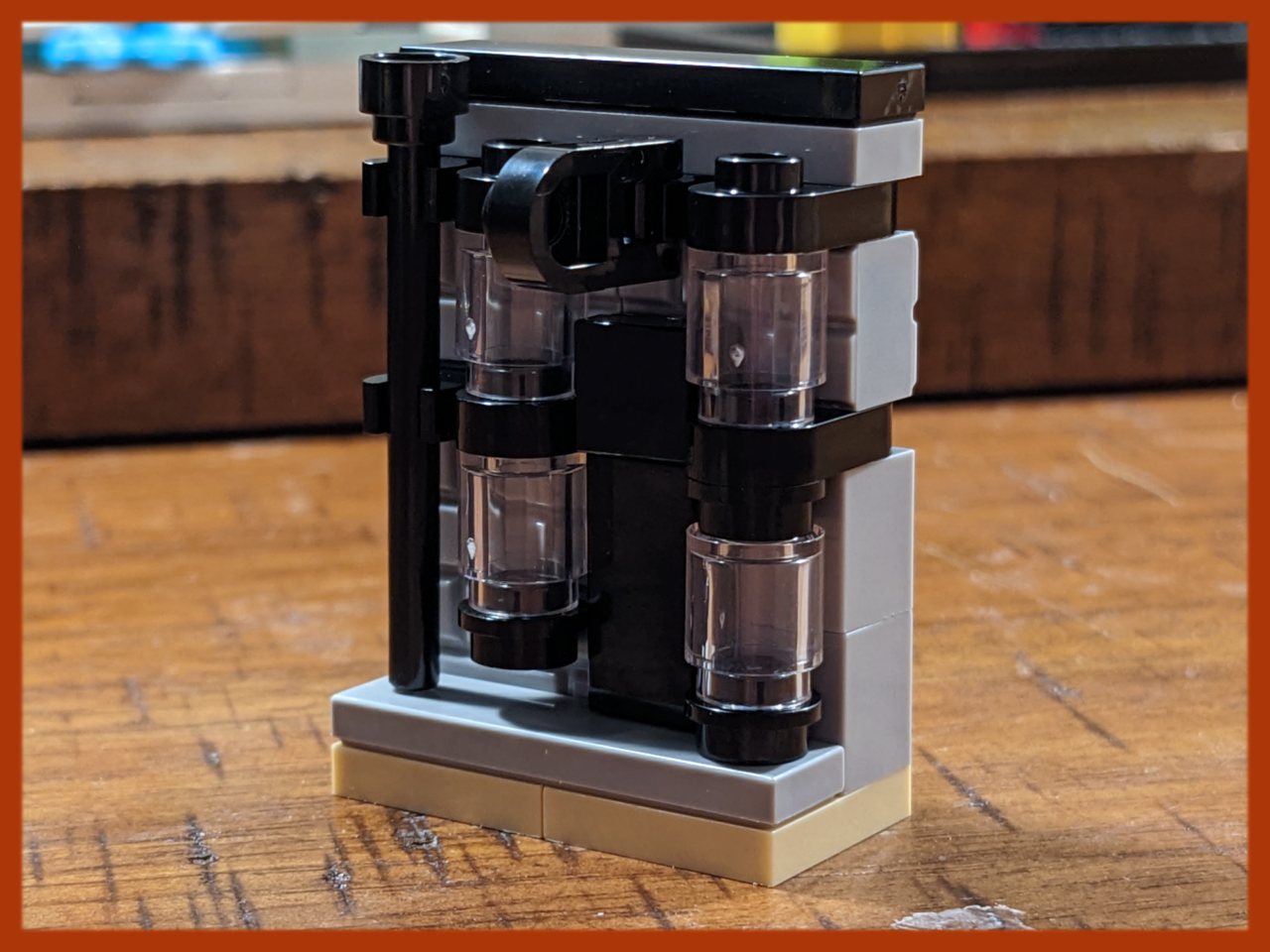 The build is too complicated for a hot sauce-addled brain. And it’s unclear. That’s a thumbs down. Bad start, HP Calendar.

As for the hot sauce – HOT SAUCE FROM HELL – it is definitely as advertised. Very hot. I only started feeling normal about 30 minutes after. I do not recommend drinking a tablespoon of it.

Also, the videos will be shorter moving forward – I just wanted to give a bit of intro in this first one.

Great start to the Christmas season! 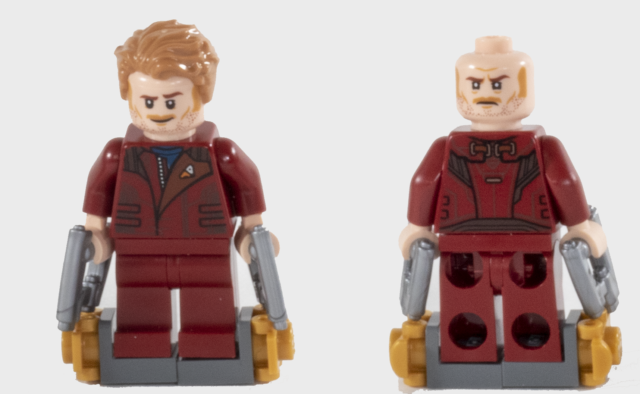 I guess they sort of had to start with Peter, didn’t they, and give us the exact sort of effort that we’d expect out of Mr. Space Middle Management. I would really hope to see so much more here in making this feel more like an Advent or holiday feel, which we know is coming up based on the box art. As a figure, it’s fine, even if his boots are way too boxy and a huge step back from the custom foot-pads that used to be an accessory on the original figure.

I don’t want to call it a miss on day one, so I guess the most “meh”-ist of hits.

For bonus calendar, and our very first figure, we get a cute little from the Dark Angels chapter of the Space Marines. Never say the word “Fallen” in any sort around this guy, or things will go badly. I’m a Blood Angels guy myself, but I guess one of the lads from Caliban is okay, even if they are secretly traitors, can’t find their own Primarch even though they’ve been driving around the galaxy with him in the trunk of their flying space rock for ten thousand years, and story an armory worth of forbidden weapons that would likely give Rocket Raccoon a heart attack out of envy.