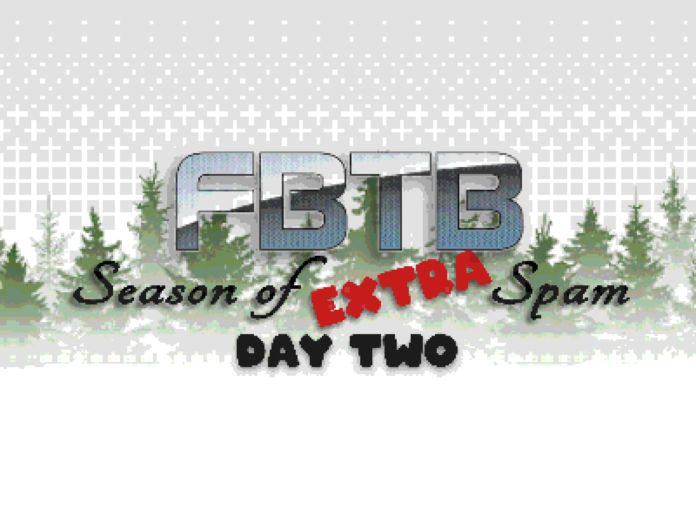 Our annual tradition moves along, another batch of Advent Calendars. Ace handling Star Wars (again), Eric handling Harry Potter (again), and Nick handling Marvel (again). We’re adding a little twist to this and doing our own bonus calendars of silly things, so Ace is being peer-pressured by the rest of us to go do something, Eric is sampling Hot Sauces that may kill him, and Nick is enjoying indulging his stupid amount of knowledge of the world of Warhammer 40k through little chibi Space Marines.

Yesterday seemed like a decent start, and this isn’t the US Congress so we don’t allow for “present” votes, only hits and misses. We ran the whole range yesterday, with Star Wars starting out strong, Marvel kind of sitting in the middle, and Harry Potter coming in like a less than healthy wet F.A.R.T. 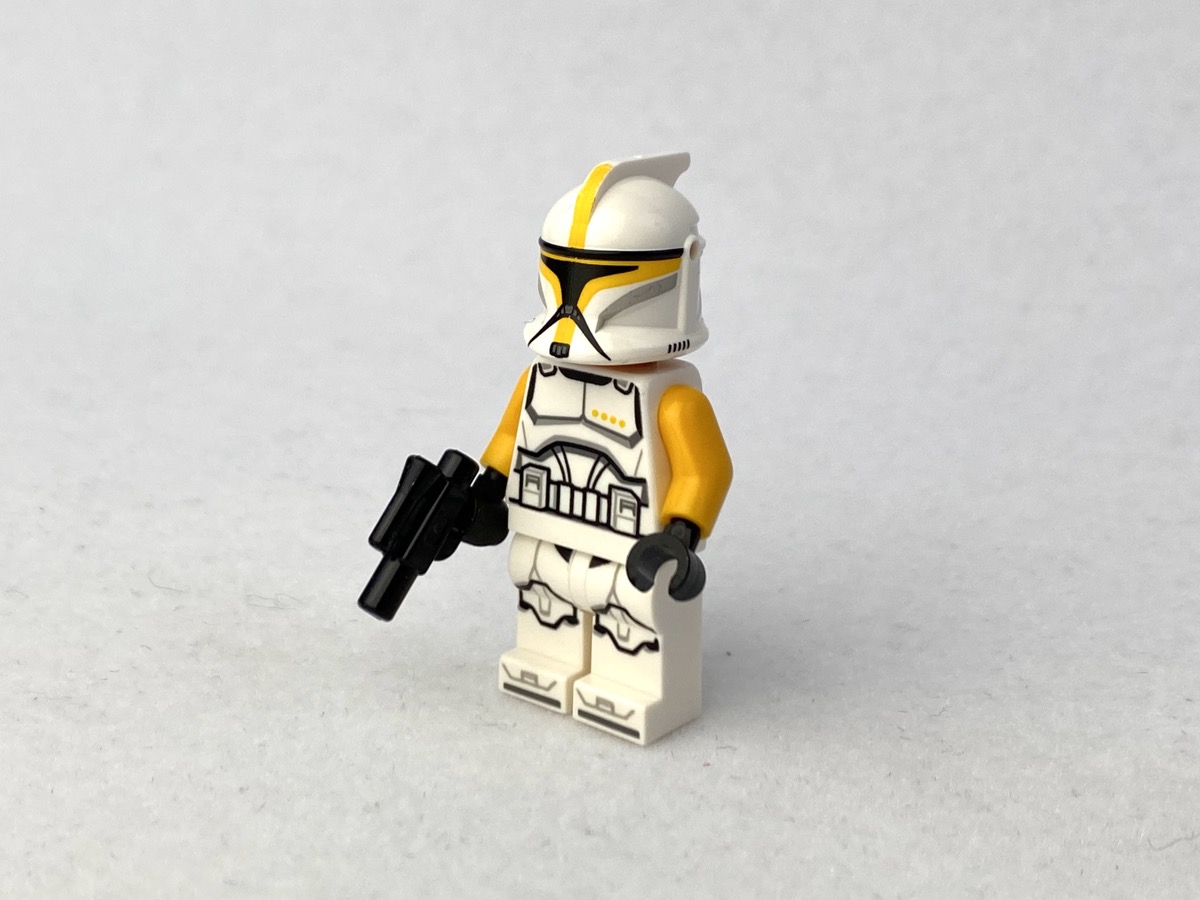 I’m not a Clone guy but I do have enough of a familiarity of the named clones to know that this guy is… (checks Google)… Commander Cody! Yeah that’s the guy! Not quite holiday related but doing a quick check on Bricklink shows that any version of him is gonna cost at least $20 bucks before any fees and shipping so getting this one on just the second day of the calendar is pretty awesome for just the economics of it. Christmas can come early indeed.

I went out to two Target stores near me and couldn’t find squat on fun non-LEGO calendar. Either they were all sold out or Target pulled them off the floor. But I must be getting old because not once while I was traipsing around the stores buying stuff I didn’t need did it ever occur to me to check out their app. But seeing as to how I’m already a couple of days late on this, I found something on Amazon which should be here tomorrow.

I thought Day 2 certainly couldn’t be worse than Day 1. Then I pulled out a ghost pepper sauce.

This one’s obviously a Quidditch Pitch, as I said about five different times in a hot sauce-infused stupor. This year’s calendar foregoes more traditional LEGO Advent Calendar builds for these vignette. I can’t dock it for experimenting, at least. We’ll see how it holds up over the next 22 days. 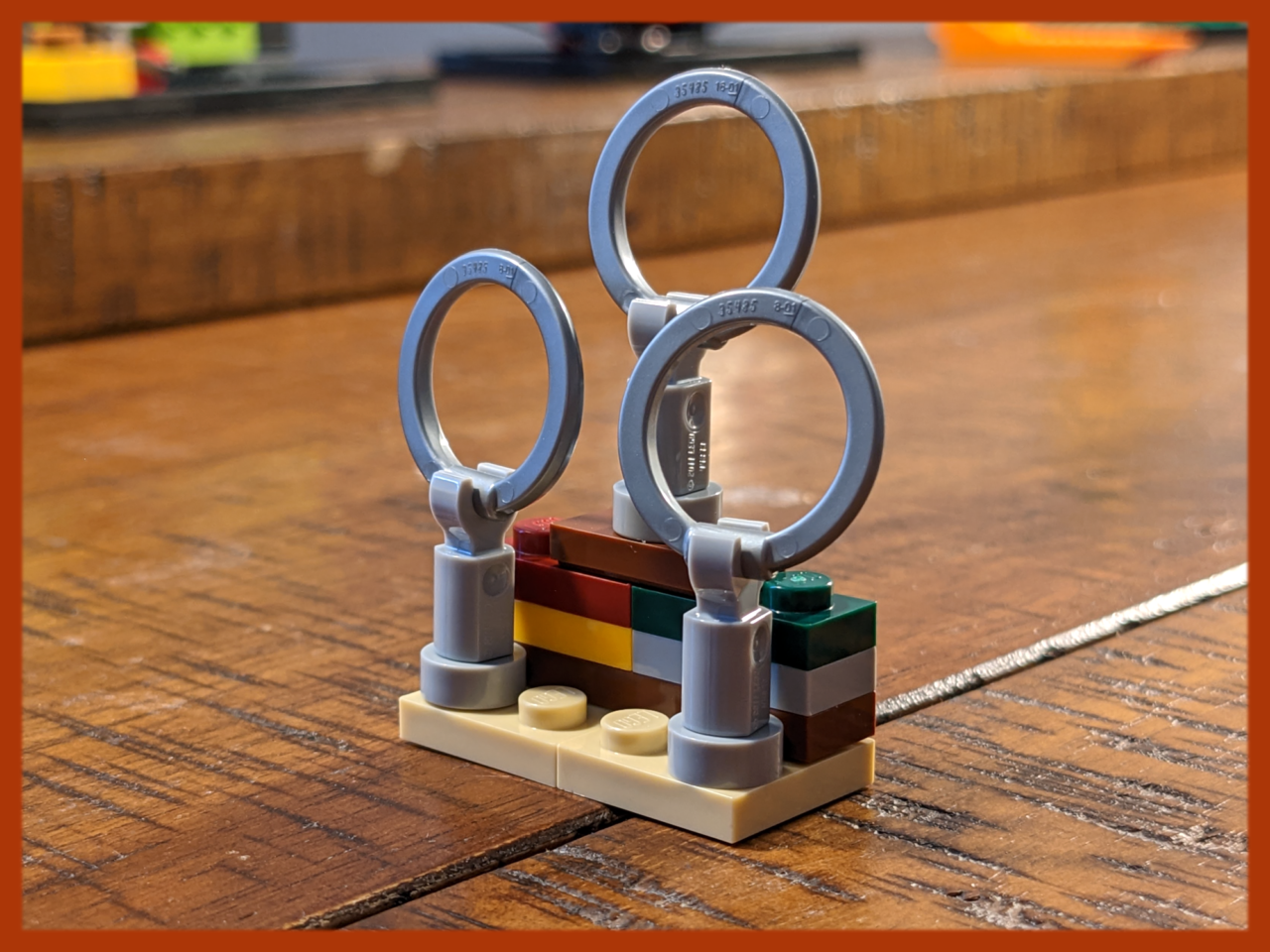 As for the model itself, it’s simple to build (which, this particular year, is especially important), but still distinctive and clear. Unlike, say, yesterday. Good thing we didn’t have the ghost pepper sauce then.

I really hope the hot sauce doesn’t get worse than today’s – ALL NATURAL ZOMBIE APOCALYPSE SAUCE. Because if it does, I’m not sure I’ll make it.

Unless I get lucky, and that’s the day the elusive Harry Potter minifig appears. 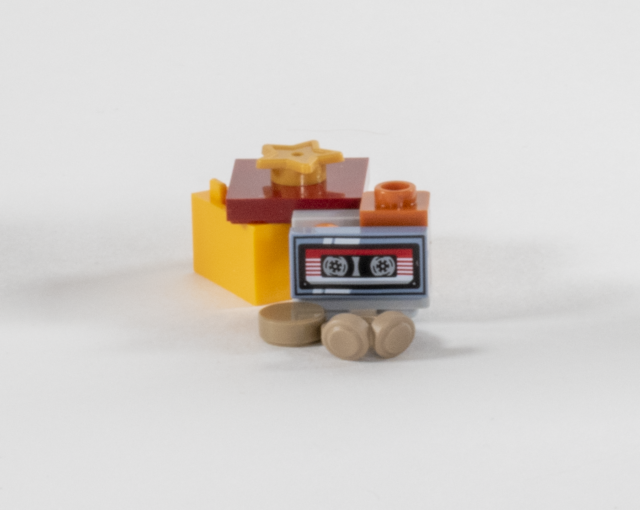 Okay, headphones and a Walkman that LEGO clearly couldn’t get the license to (or didn’t bother to) for the calendar so it just looks like a bland cassette tape player instead of product placement. We always get a present or three in these calendars, so it’s interesting to get them so early and have them clustered up right around Peter.

This is such a conflicting little day, because the gift is nice and actually opens, rather than being brick-built, but only fits the headphones. It comes with a 1×1 round tile that’s supposed to… hold, something? The inside picture on the advent doesn’t explain it and it doesn’t fit anywhere unless you stick it to something. You can’t clip the headphones, the headphones don’t open, and they only fit around like a neck piece. As an accent part it’s nice but we have different headphones that wrap around the head or hair and might have worked better.

The cassette player, too, is a great tile but stuck on something that makes it very thick. This whole calendar based on the look is more comics than the movies, but this design is either original Guardians (since it got replaced by Zune at the end of two) or… not the comics since the whole music thing was very much from the movies. I want to like all of this a bit more. After letting Starlord squeak through yesterday, I’m feeling a little less charitable here, so I’m not going to give this one a pass. This just ends up feeling less than the gift slot from previous years, and I’m going to go with a miss.

As for the Grimdark Cuteness…

Ah, the Howling Griffons, a strict Codex Astartes following Ultramarines successor (which is a whole big of lore that yes, I’m going to expound upon) formed in the 33rd millennium. Or, as they’re better known, the chapter you create when you want to hate yourself with a paint scheme and just cry every night.

Split colors aren’t really the biggest problem, that’s something you can solve with a practiced brush and some careful masking. It’s more annoying than anything. It’s working with yellow. There’s a hierarchy of terrible colors to work with in miniature paints, and at there are two colors at the very top of that list: yellow and white.

They’ve been a background player in some of the bigger books Games Workshop’s fiction arm, Black Library, has produced in recent years, like Dark Imperium, and were instrumental in the Badab War, which is one of the more bonkers lore settings that isn’t the Horus Heresy – which is the foundation for everything that led to 40k being what 40k is.