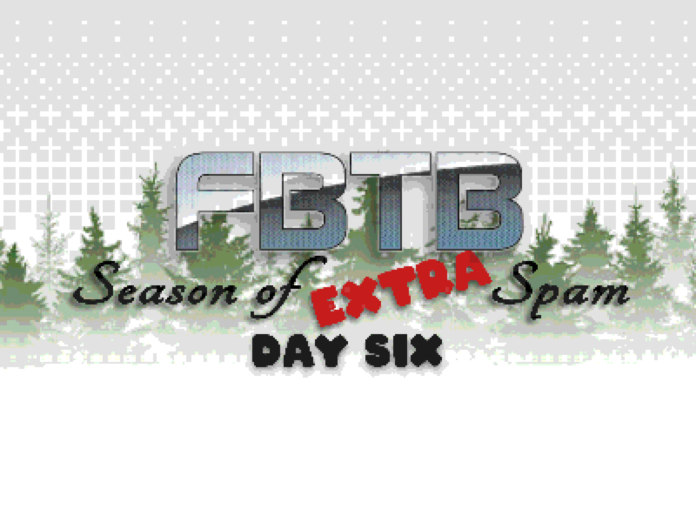 Our annual tradition moves along, another batch of Advent Calendars. Ace handling Star Wars (again), Eric handling Harry Potter (again), and Nick handling Marvel (again). We’re adding a little twist to this and doing our own bonus calendars of silly things, so Ace is doing something maybe eventually, Eric is sampling Hot Sauces that may kill him, and Nick is enjoying indulging his stupid amount of knowledge of the world of Warhammer 40k through little chibi Space Marines.

Six days in and things seem to be evening out. Let’s see where we’re at:

Poor Nick, though, having more stinkers than winners. Still, lots of days left. 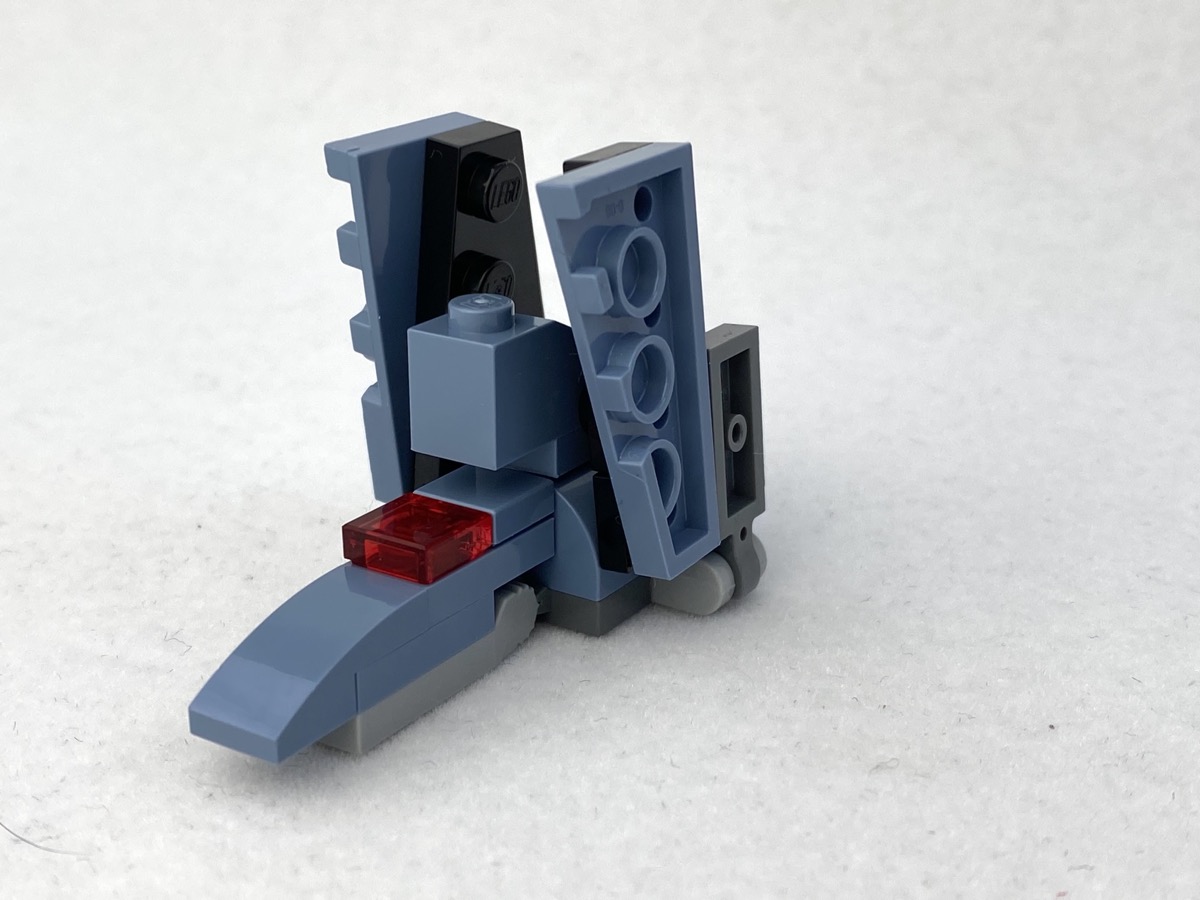 The Marauder, from The Bad Batch, is a nice ship. I dig it. I must admit though, that I never finished watching the cartoon. It wasn’t bad, I actually liked it. But I guess it wasn’t that great if I couldn’t muster up the energy to finish up the series. The holidays are coming up so maybe I’ll carve out some time to catch up on some TV. Anyways, source material aside, this is a really great rendition. It looks good landed, and in flight: 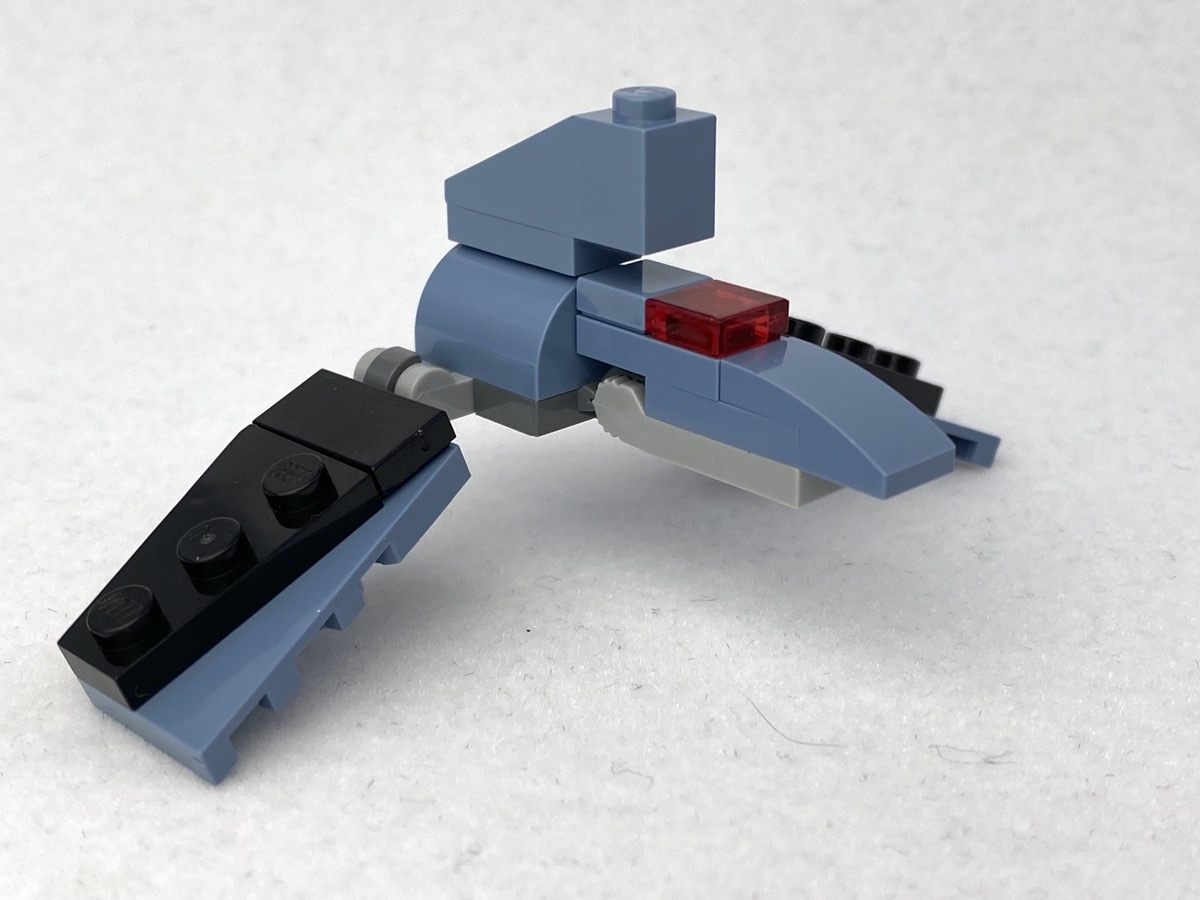 Thumbs up from me.

I’m still waiting on my second calendar; I haven’t forgotten.

My mouth is ready.

Okay, so I did some digging, and apparently I was wrong here. I was under the impression that today’s Moaning Myrtle figure was a repeat. It’s not. It’s actually a worse version of a fig that came out three years ago. 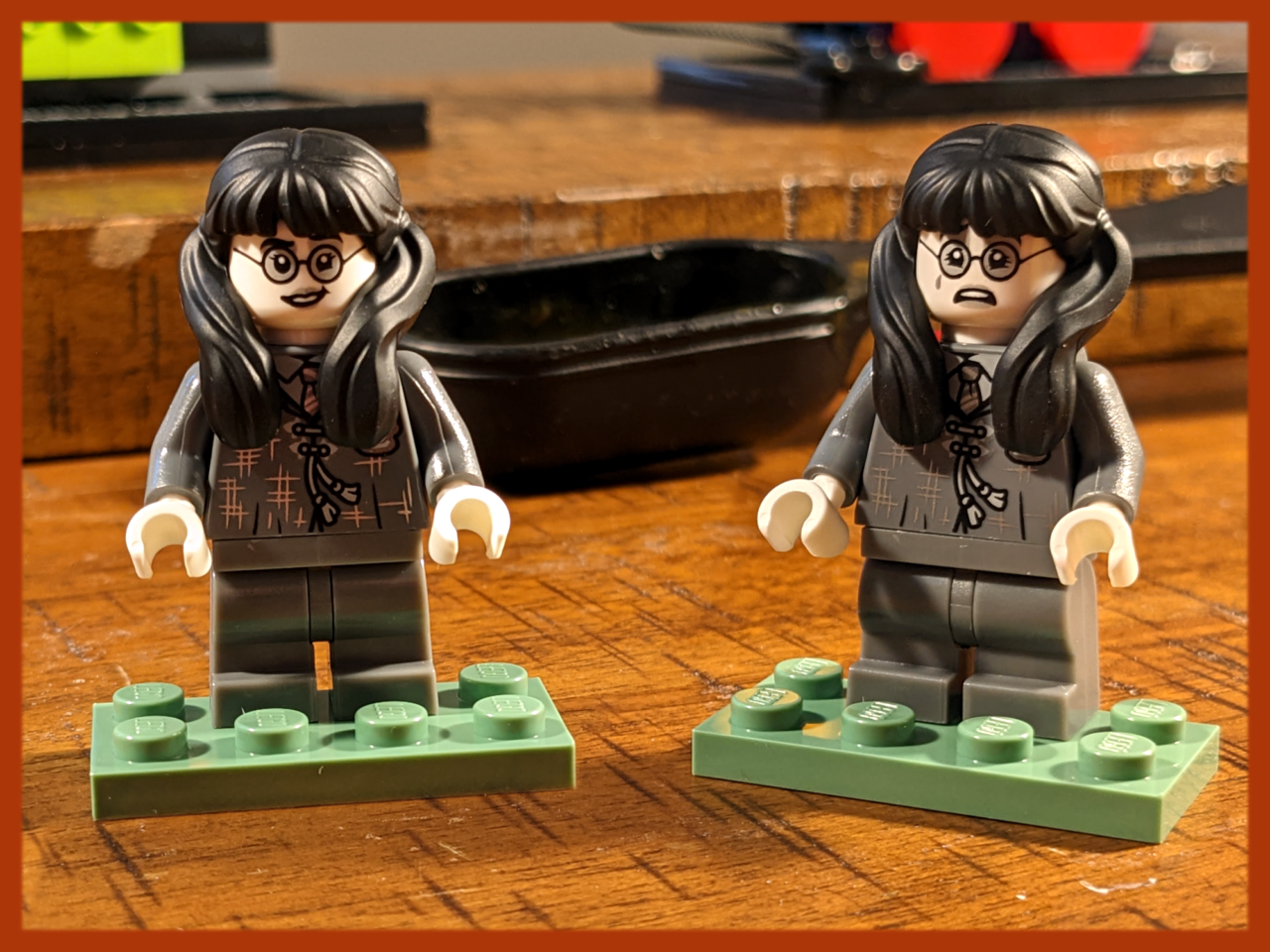 In my opinion, this is even worse than just giving us a repeat. Sure, the face is different, the clothes are different, but there’s no leg printing, and her skin is snow white instead of the cool “ghosty” color that came with the Collectable Minifig version.

The best thing to say here is that at least it’s not Ron or Hermione. Although I have few doubts that one – or both – will show up somewhere within these wretched halls.

The hot sauce – EXTRA HOT HOT SAUCE – does not live up to its name. At best, it’s just HOT HOT SAUCE. I got a little extra sweaty; that’s it. I’ve got to give it a thumbs down for false advertising. 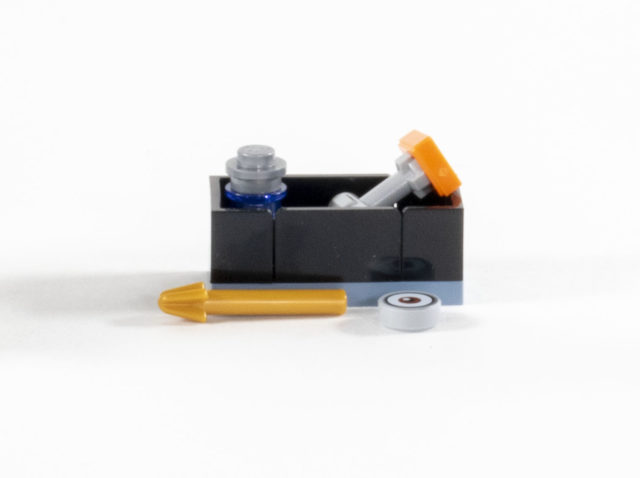 In theory, this is a holiday Advent calendar, right? This is worth a small little laugh for giving us an “eyeball” – remember that joke from the first movie that was so funny because Rocket wanted the eyeball? On it’s surface, it’s not a bad build, but it’s also just a bunch of stuff put in a box that doesn’t really fit with anything else. Yeah, we got Rocket yesterday, and he’s known for building stuff, but these little drip feeds of unrelated things don’t really work for me. Calling it a miss, again, because you can’t even really use this one as a gift or something like that for a tree.

Ah, the Space Wolves, another one of our founding Legions that are from a “Death World” – a planet inherently hostile to human life that humans decided “nah, we’re gonna go ahead and settle here anyway.” Fenris is an Ice Planet, not like Hoth, way worse than Hoth, in that it’s constantly trying to kill you with more than Ice, snow, and Wampas. And the initiates, young men that are testing to become members of the Space Marine chapter, get sent out into the well below freezing temperatures in a few clothes and with a knife to bring back a trophy to prove they can do it. While the “Wolves of Fenris” hunt them. Even though there are no wolves on Fenris.

Except there are, but there aren’t. Look, it’s complicated, it has to do with space magic, and also, the space wolves are absolute jerks. They’re very effective at what they do, they hate space wizards, but also, they use them and just call them shamans. They’re totally different, though. Back in the Heresy, they used that hatred of wizards to stab one of their brother Legions in the back, and then were manipulated into basically murdering them all, which led to them turning to Chaos and turning against the Imperium of Man. And never really saw any fault in their actions, because, you know, obviously they were always bad.

But hey, they can ride wolves, so that’s cool.