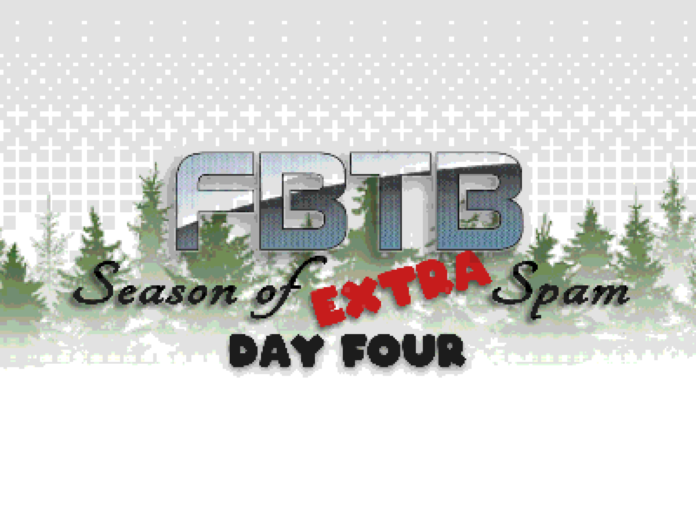 We’re seeing a little uneven start to the calendars, with Harry Potter firmly stuck in the realm of “phoning it in” and Marvel and Star Wars doing okay things wrapped in frustrating instructions. Hopefully they can turn the corner and pick things up. 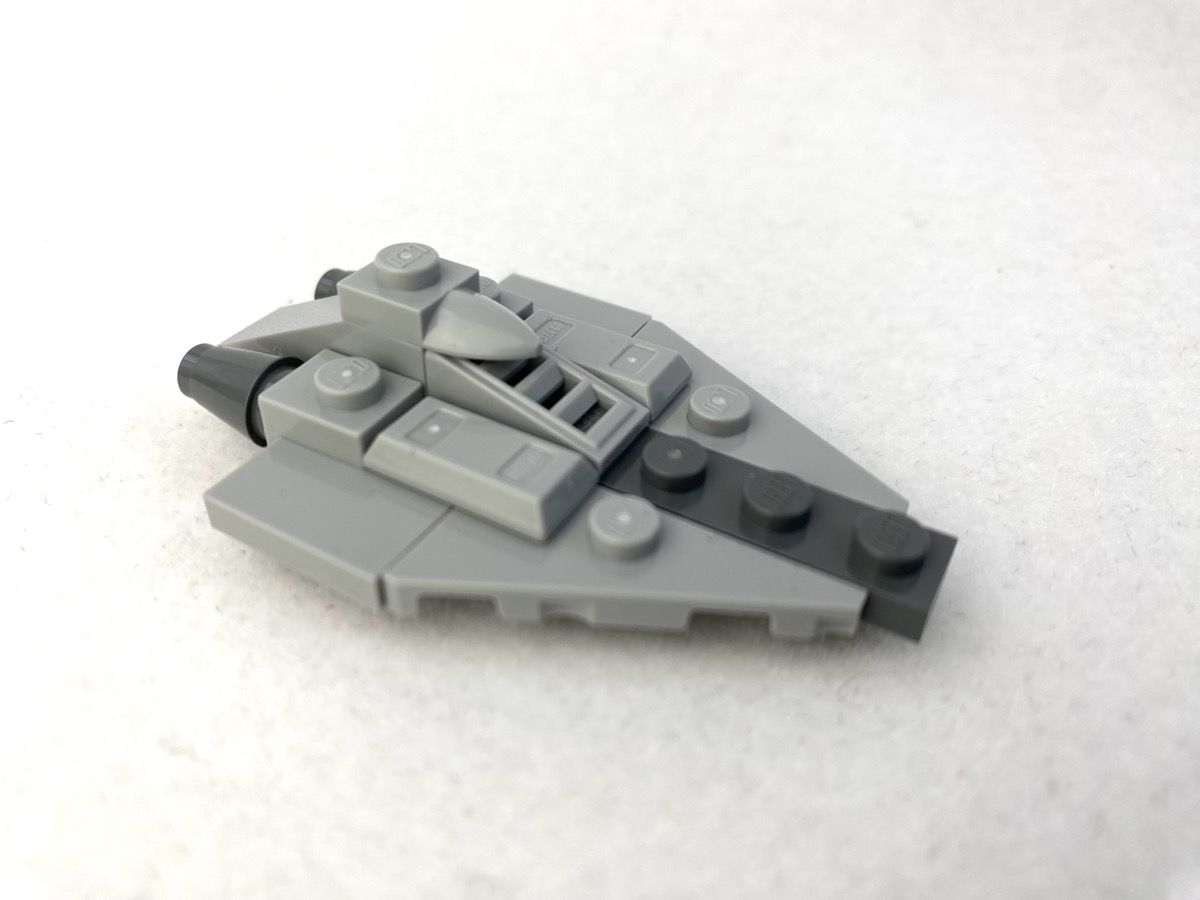 Yeah. Don’t know what this is. Based on its color palette, I’m gonna guess it’s an Imperial vessel of some kind. It seems so familiar to me, my first guess was Gideon’s light cruiser from The Mandalorian but that just doesn’t look right. So then my brain thinks, “Welp, since I don’t recognize it, it must come from either the Prequel or Sequel Trilogy or Solo because they suck and I try not to remember anything from them.” I could be wrong though, it could be from Rogue One: A Star Wars Story, you know, the GOAT Star Wars movie ever and I would be ashamed for not remembering it. So huge thumbs down for including some ship that can’t be easily googled.

Guess how relieved I was to pull out my second Ghost Pepper hot sauce in four days? Not relieved at all? Good guess.

If you thought my hiccuping in the video was annoying, how do you think I felt? I couldn’t stop for 15 minutes after I stopped recording. 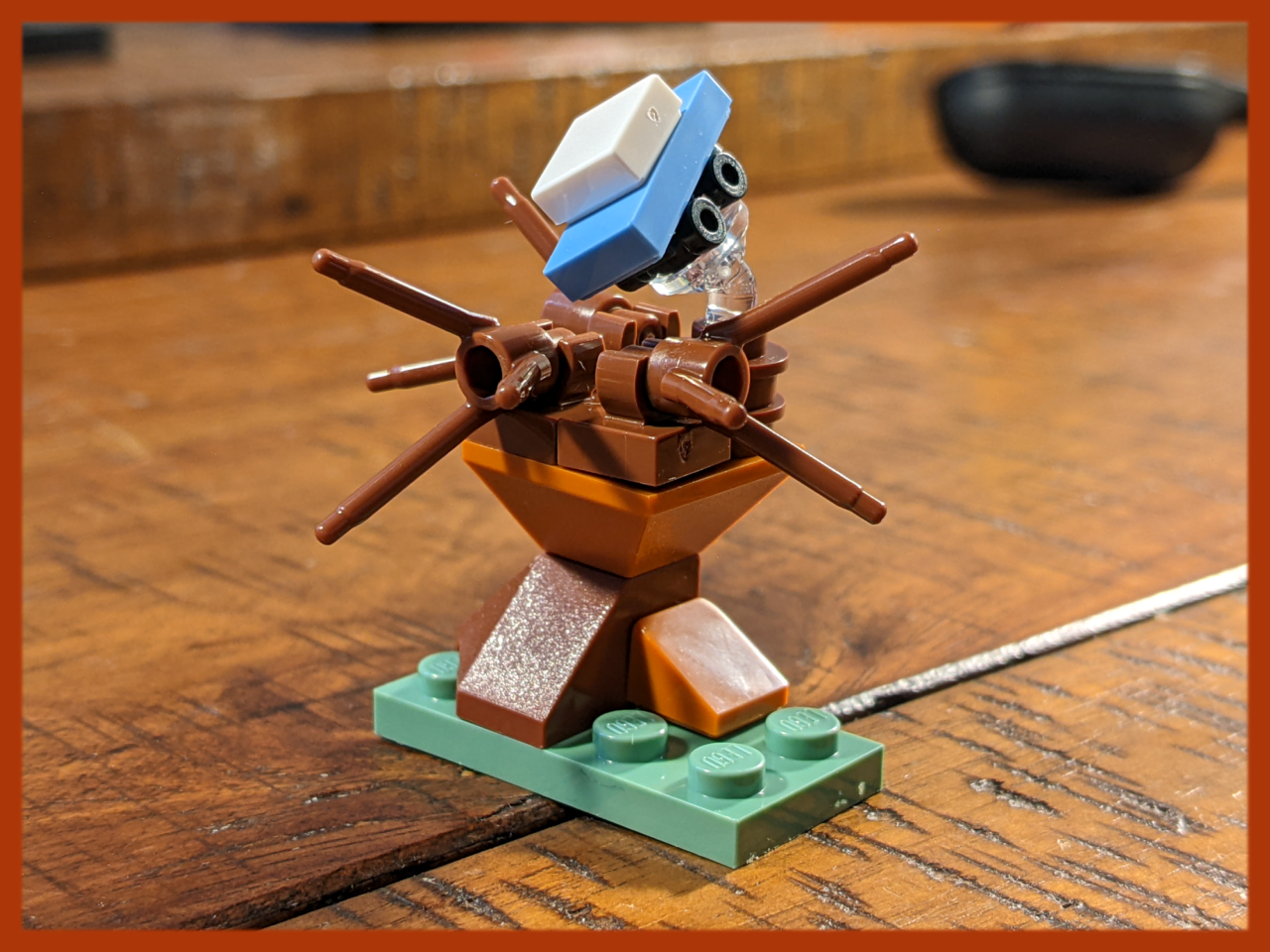 But man THIS? THIS is how you do a vignette. Not only is it instantly recognizeable as the Whomping Willow, but it’s even got a bit of action, thanks to a 3-piece Ford Angela. I do wish there was a little more verticality to the tree, maybe by sticking one of the branches upwards, but I really can’t complain.

This is the new standard I’m holding all of these vignettes to. 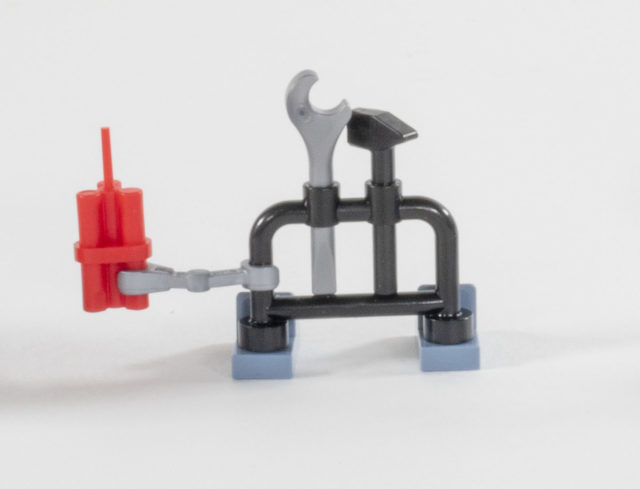 Remember that iconic thing in Guardians of the Galaxy when, I don’t know, Drax or someone, slapped some tools on a small fence and then put some dynamite next to it? Such a classic. This isn’t even half-assed, it’s quarter-assed at best, and there aren’t enough thumbs down or misses to give it.

We’re getting into a fun chapter, the Blood Ravens, probably best known for the part they play in the Dawn of War video game series. They’re an early successor chapter, much like the Black Templars. But unlike the Black Templar, the legion or chapter they were formed from is unknown… or perhaps permanently erased

This has led to all sorts of fan speculation and theories. It’s doubtful it’ll ever be answered, which is part of the fun of Warhammer 40k – one of the main features of the setting is everything is being relayed by unreliable narrators. The “story” of 40k is effectively being told as if retelling history for records of the whole galaxy… and it’s based around the events of the Horus Heresy in the year 30k. Fun little aside is that there’s a game for Horus Heresy, which is effectively the Historical Wargame version of Warhammer 40k.

I suppose some of the terms should be explained… Legion is how Space Marines organized prior to the Horus Heresy as part of the Great Crusade – to unify humanity and basically form the Imperium of Man by force. Turns out that a galactic-wide civil war didn’t make the Imperium awful, they were bad before incase there was doubt. There were 18 original legions – 9 stayed loyal, 9 turned traitor. So far, we’ve only met the 1st Legion, the Dark Angels. To keep any chapter from being too powerful once the war was over, they were broken up into smaller chapters that were ostensibly limited to 1000 Space Marines at max (or so), renamed, and reorganized. So The Black Templars were spun out of the Imperial fist and then promptly didn’t follow the maximum rule, as did several other chapters.

Yet the origin of the Blood Ravens goes back to almost around the Heresy, if not to it, and there’s no record as to who their Primarch (basically, the demigod that served as the genetic template for them) was, or what legion they came from. That’d inform their traits, what they were like, culture, etc. Usually, you can guess… except the Blood Ravens are most well known for having a lot of powerful Psykers… basically space wizards… and having a strong connection to the Warp (a place where magic, and daemons, come from).

There was a legion that was well known for having a connection like that, the Thousand Sons. Except there’s a problem… they were traitors during the Heresy, and the Imperium of Man is not known for things like mercy, forgiveness, or compromise. It’s never really been called out in game, most of it is fan speculation, but that’s the fun of Warhammer 40k and the unreliable narrator… as well as the fact that there are just hundreds of books and stories out there for it. Likely there won’t be an answer, but it’s fun to wonder.