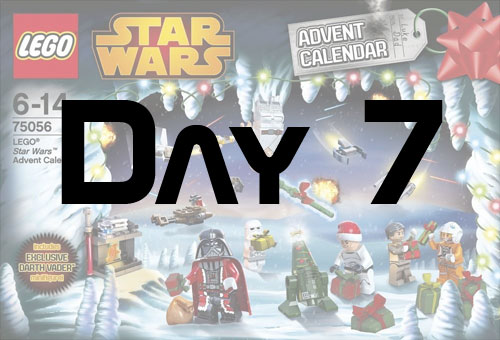 Today is Day 7 and with any luck, we might be treated to something that’s not based on the Clone Wars. Cue drumroll. 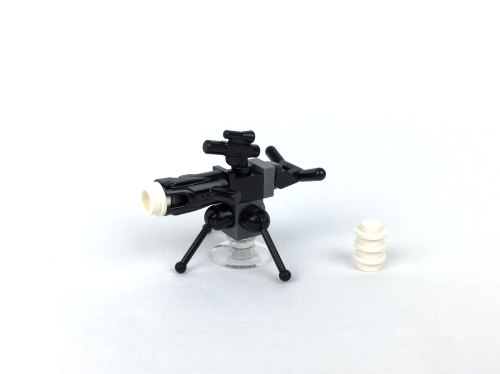 An E-web Heavy Repeating Blaster! So heavy that it takes a couple of Snowtroopers to carry it in and set it up before it can be used to fire on the Millennium Falcon in ESB. Kind of impractical if you ask me. The E-web uses the new style 1×1 round plate shooter but I guess the imperials were concerned about the weapon malfunctioning so much so that they’ve attached a small blaster on the top as a back up weapon. And that’s smart. It just makes sense to back up your main weapon by attaching a smaller, weaker weapon right on top of it. And it’s a good thing they did since it’s missing its power generator. Can you imagine, like, four snowtroopers hauling this thing around, setting up and realizing that the generator was missing?

Snowtrooper Nick: Hey?! Where are Snowtrooper Dano and Snowtrooper Ken with that generator?
*Snowtroopers Ryan, Don, and Cam look at each other shrugging their shoulders.*
Snowtrooper John: Screw this! I CALL THE MINI BLASTER!
*Snowtroopers Mark, Billy, Joel, and John all dive for the back up weapon and wrestle for it as Darth Vader facepalms himself while the Millennium Falcon flies away.*

And yay, the Clone Wars Curse has been broken! 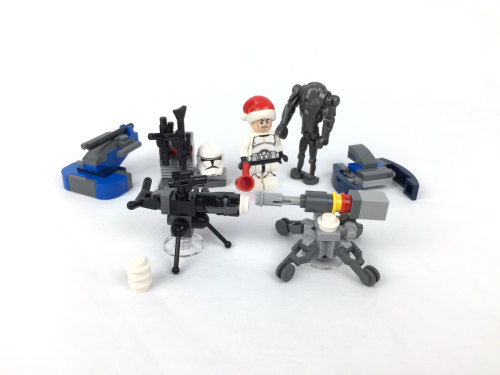