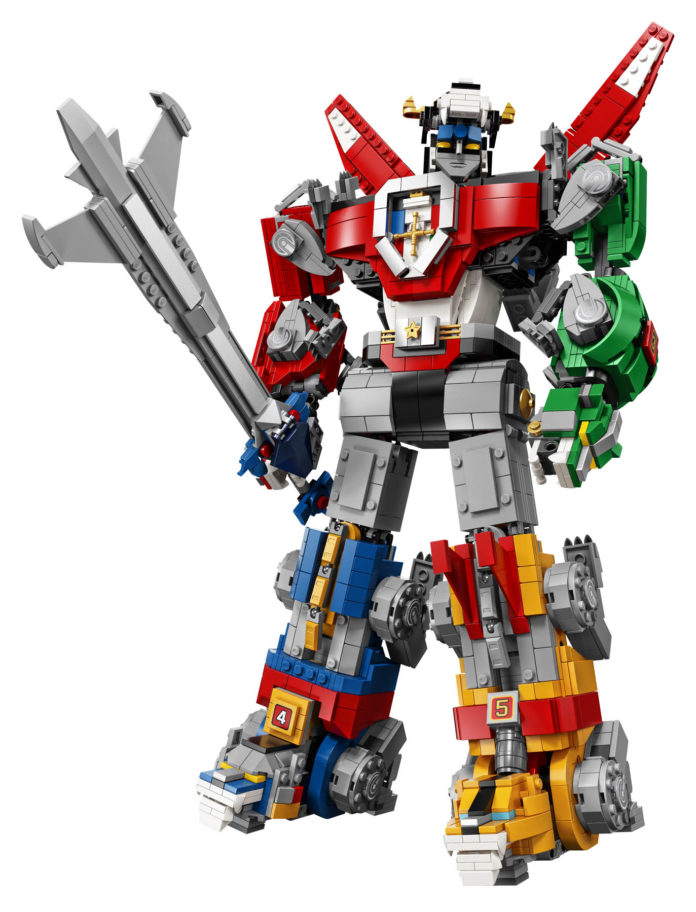 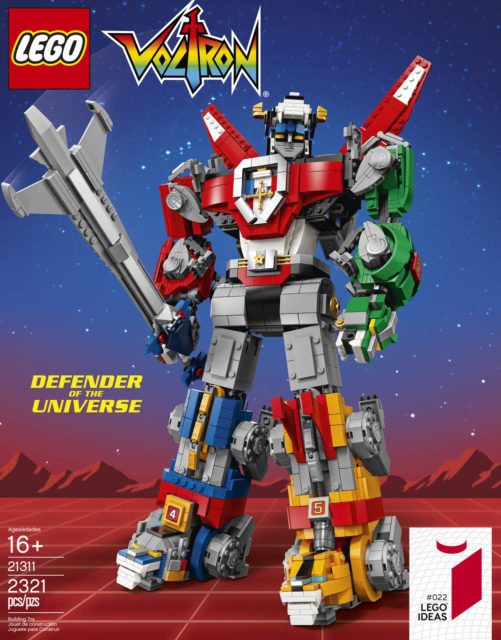 Now, I may not be the biggest Voltron fan. I never saw the original show and I’ve only occasionally watched the current Netflix series whenever I happen to catch it while the kids are watching, but I cannot deny the appeal this set has for me. My son is a big a Voltron fan, so much so that at the age of five, he worked a lot of chores diligently to earn all five the legendary-class Voltron toys by Playmates. This is going to completely blow his mind.

Really the only negative thing I can say about LEGO Ideas Voltron is the lack of figures. There is so much in this, it is ridiculous. You can buy it ahead of the August 1st release date at San Diego Comic Con. I never bought a LEGO set from the Con before but this one might make me do just that.

Itâ€™s time to defend the universe so get ready to form LEGOÂ® Ideas 21311 Voltron, the biggest buildable LEGO mech ever! This awesome set features buildable and highly posable black, blue, yellow, red and green lions with specially designed, extra-strong joints to combine them all and create the Voltron super robot, plus a huge sword and shield that attach firmly to Voltronâ€™s hands. Ideal for display or to recreate thrilling action from the original 1980s animated Voltron TV series and the modern DreamWorks Voltron: Legendary Defender series.