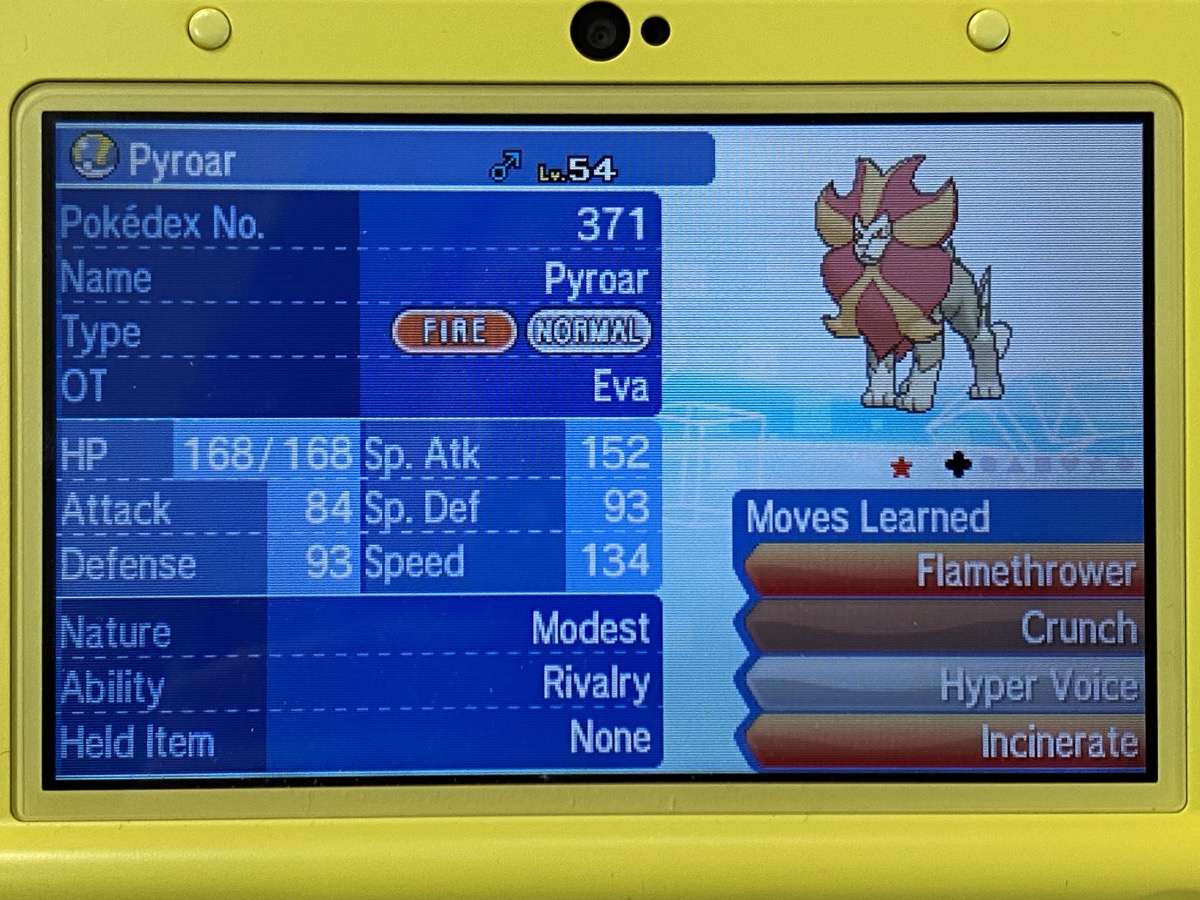 Looking at the front page, I realize as I write this post that it’ll be two PokéMondays posts in a row. It is never my intention ever to have two of these back-to-back and in fact I always saw it as motivation to post a couple things in between but I’ve been busy. I just started a new job and transitioning from one to the other has been a bit challenging. I was at my last place for almost a decade and a new opportunity came up that I couldn’t pass up. So that’s pretty much where most of my focus has been for the past week or so.

Even with that, I still tried to hunt shiny Pokémon with any spare brain cycles I had left at the end of the day. I realized though that the last hunt I took seriously really drained my motivation. Messing up a hunt because of my own stupid mistakes took its toll so I needed do an easy hunt that didn’t involve any more brain power than necessary. I settled on hunting for the pink sheep, Mareep.

As usual, the first shinies I evolve to their later forms and this was no different. The first shiny Mareep I caught I evolved to Shiny Ampharos. It was a bit of a grind though, appearing at 539 SOS calls.

Shiny Mareep #2 came 240 calls which I evolved to Flaaffy. I think the tail is supposed to be the obvious indication of its shininess, but it’s still hard to differentiate.

The third and final purple sheep came at just 72 SOS calls. No fuss, no muss, and I was done with this line. My next target were the ‘lax brothers.

After my son caught a random Shiny Snorlax in Pokémon GO during the 5th anniversary event, I thought I’d try my hand at getting one which involved hunting a Munchlax. The first one came at 259 calls. And then that thing happened. Munchlax is one of those Pokémon whose allies could be another Pokémon other than Munchlax.

Shiny Happiny popped out at SOS call number 184 and was evolved all the way to Blissey. This is not good for my OCD but I’m still stoked I got one of these. I may have to hatch the other two from eggs.

I went back on the hunt for a Munchlax and got this bad boy at 129 calls. All these hunts went so fast and I was feeling pretty lucky so I took a gamble and tried a hunt I’ve been thinking about for awhile

Remember that shiny female Sylveon with Cute Charm ability that I said might come in handy? I pulled her out of the PC and got to work on getting Pyroar, specifically a male Pyroar. Pyroar is one of the few Pokémon where the gender split heavily favors females at an 87.5% appearance rate. I placed my shiny female Sylveon to position number one in my party and let its Cute Charm ability do its thing and you would not believe the girlish squeal sound I made when this absolute beast of a Pokémon showed up at just 16 SOS calls! I still need to get me a Litleo to complete because of OCD reasons that’ll have to be hatched along with a jillion other Pokémon. I still kind of want a female variant to complete the set but that effort is on the bottom of the list under the “variant Pokémon” category.

This one I caught awhile ago, sometime around the Shiny Beldum / Metang / Metagross hunt since I was in the area. It didn’t quite fit the narrative at the time so I’m sticking it here after Pyroar to keep the idea of fast shinies alive in my head. This one came to me at just 3 SOS calls. Three!

After the difficult Pawniard / Bisharp / Goomy hunt, I needed some low hanging fruit to stay motivated. It couldn’t get any lower with last week’s cheat import, and getting back into the swing of things with this set really brought my spirits up. I’m now one-third of the way to a living shiny Alolan Pokédex! One hundred thirty-three down, two hundred sixty to go!