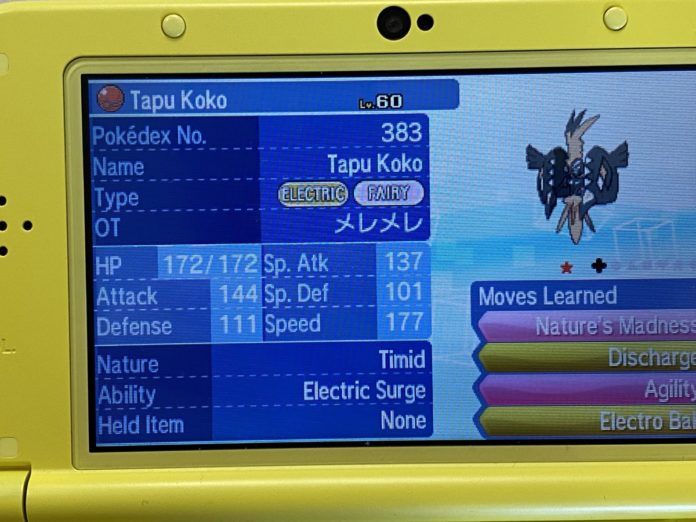 One of the main reasons I started this little endeavor to play through Ultra Sun and get a living shiny dex was to just get through some of my video game backlog. I’m not sure when the idea of getting a living shiny dex came about. It was always something I’ve wanted to do since the Generation VI games Pokémon XY/ORAS where you could complete the national pokédex with just those four games. Getting a living shiny version of the national dex was and still is the ultimate ‘Gotta Catch’em All’ quest. I was never able to do that with those Gen. VI games for one reason or another. Then Pokémon Sun came out and things changed a bit.

Before Sun, you had to complete the National Dex to get the Shiny Charm which increases your chances to get a shiny. With the Gen. 7 games, Sun/Moon and Ultra Sun/Ultra Moon, all you needed to do was complete the in-game dex for the charm which is exactly what I did in Pokémon Sun. And for a good while I hunted shinies in that game until I tried my hand at hatching them from eggs then I got bored and moved onto something else. I didn’t quite remember how many shinies I caught when I started Ultra Moon. I figured I’d just start from scratch with a clean slate but I looked at my game file on Sun recently and I’d be a fool to ignore the progress I made.

I caught just about 80 shinies in all in Sun. I’ve double hunted just about a quarter of them in Ultra Sun which I realize was time wasted but I’m okay with that. I do consider this cheating slightly since it’s outside my original parameters of “only Ultra Sun” but if I stuck to that mantra after rediscovering how much ground I covered in Sun, I’d be leaving Pokémon on the table.

This is a HUGE weight off my shoulders. I basically just doubled the number of shinies I have in Ultra Sun making the completion of the task much more reachable. I know I have a couple of shiny Pokémon I fished up in XY/ORAS that appear in USUM; I’m still debating on porting those over to my Ultra Sun game but I probably won’t do that since it’s crossing generations and makes things slightly less tidy in my mind.

I’m not going to bother with embedding screenshots of individual Pokémon for all of the non-duplicates I can transfer over. Instead, I’ll just list them here with updates to the shiny count and then highlight a couple of them below:

I also imported an extra shiny Grimer to evolve into Muk. I’ll work on one for the next update. Some highlights from this massive import:

This was the very first shiny I caught in my life as a Random Encounter. I still remember that feeling of “OMG it’s actually happening!” when the color registered in my brain as being shiny and the star animation played out. I kept it in my party for awhile but it wasn’t very useful for hunting.

This was the second Random Encounter shiny in my life that I caught, and from the same game file as Shiny Spearow. 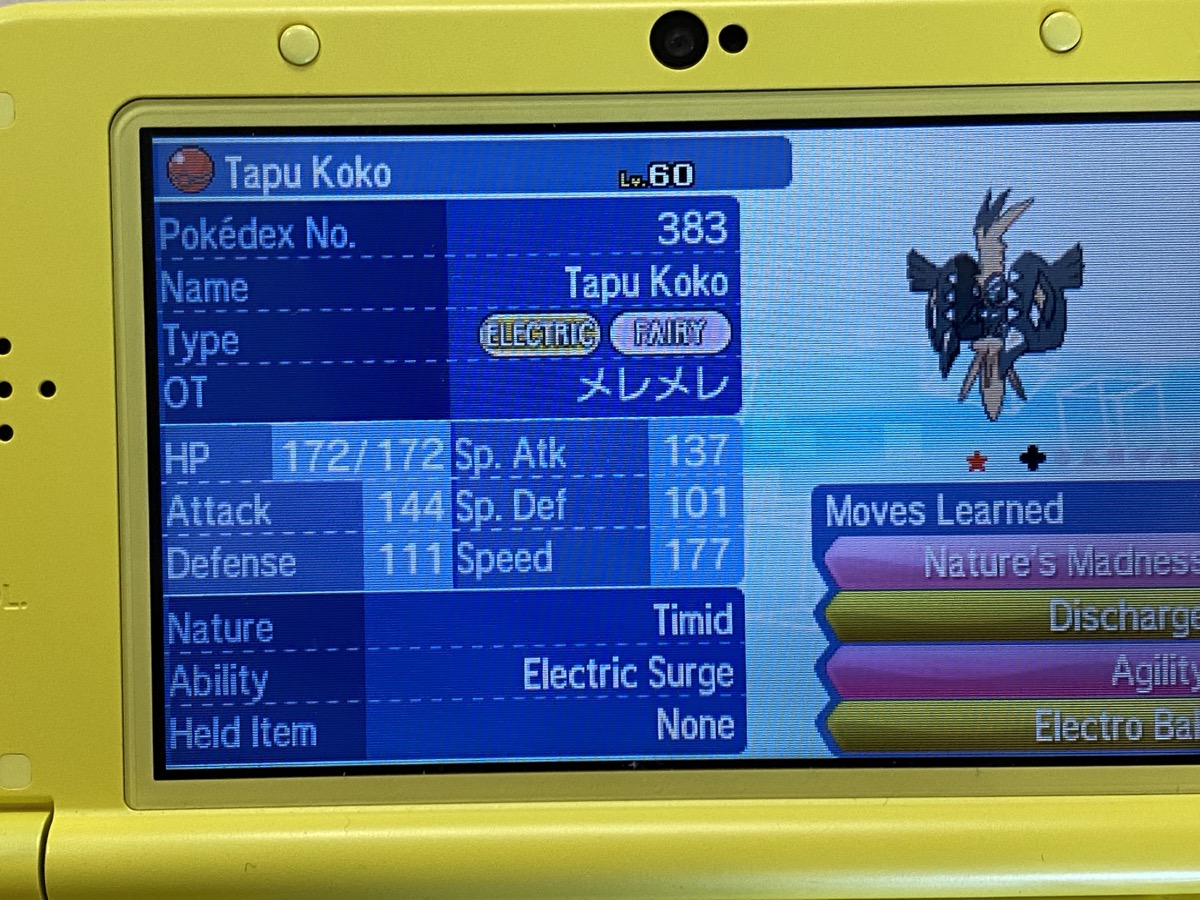 Shiny Tapu Koko was a gift distribution. It’s not part of the final count but is my favorite Tapu from the game so I wanted to just highlight it here. He was distributed in Japan first before any confirmation that it would be distributed here in North America. I so desperately wanted him I, uh.. made arrangements to acquire one before that happened.

This is the one Pokémon where the cheat really helps keep me sane. Since Type: Null is a gift Pokémon, I’d have to replay the entire game from scratch for each shiny. That’s two more times so cutting that down by just one is a welcome relief.

After all that, I’m at one hundred twenty-five down with two hundred sixty-eight to go.