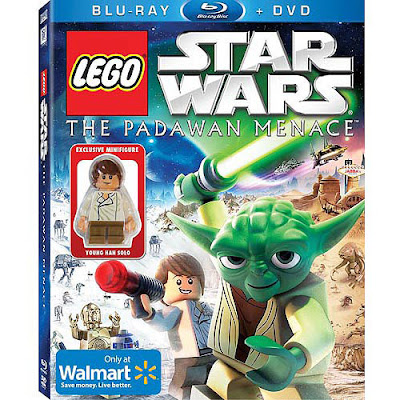 This is like my sixth time trying to finish this review. Since it’s coming out this Friday on Blu-ray/DVD, I guess I should finish it. It’s not because it’s a terrible show, I think I just get too wordy for my own good. So I’ll try and keep this short.

The story starts off with a school shuttle full of young jedi chaperoned by Yoda arriving at Coruscant. Upon landing, Yoda senses a grave threat to the republic and entrusts the younglings care to their tour guides C-3PO and R2-D2. This is where we meet the hero of the story, Ian, who, if you haven’t figured it out by now allow me to spoil it for you here, is a young Han Solo. Han joins up with the younglings. Eventually through a series of circumstances involving Asajj Ventriss and a Secret Battle Plans 1×1 tile, the story splits and follows Yoda, Han and Commander Cody to Hoth, and the younglings with everyone’s favorite pair of droids to Tatooine. Eventually, Han and Yoda rescue the younglings from the clutches of Jabba the Hutt and make their way back to Coruscant.

I know, it sounds convoluted and it is. As long as you don’t think too deeply about what you’re watching, you’re bound to enjoy it. 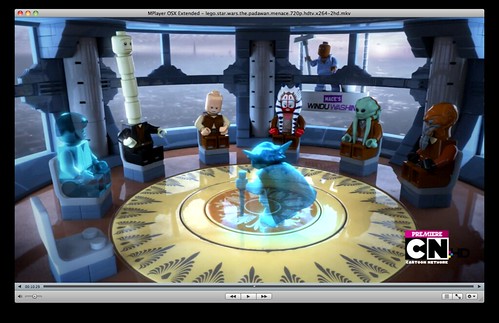 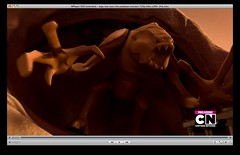 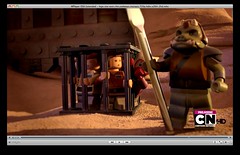 What I liked: Seeing some of the minifigures we’ll never get. I mostly enjoyed seeing the Jedi Council members, especially Yarael Poof. You can’t see it in the still, but in the short scenes he was in, his head and long neck sway back and forth like a palm tree in the wind. I would have much preferred the cartoon’s version of Ki-Adi Mundi versus the absolutely horrific version we actually get from the 7959 Geonosian Starfighter set. Shaak Ti, my favorite jedi master, was nice to see without the enlarged eyes. The Rancor, while technically not a minifigure, was also a treat. The Gamorrean Guard looked fantastic and with all newer versions of older minifigs coming out, this is one character that is long overdue for an overhaul. 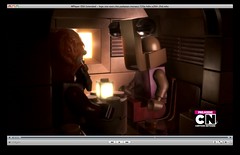 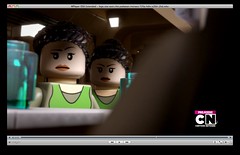 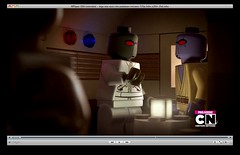 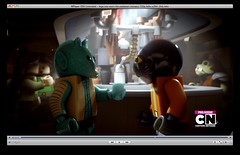 The Cantina aliens was also a treat to see though it was kind of surprising to see a brick-built Momaw Nadon instead of a custom molded head piece.

It was funnier than I thought. When I watched it again to do this review and get my screen caps, I was actually surprised at how many jokes were included as background scenery. 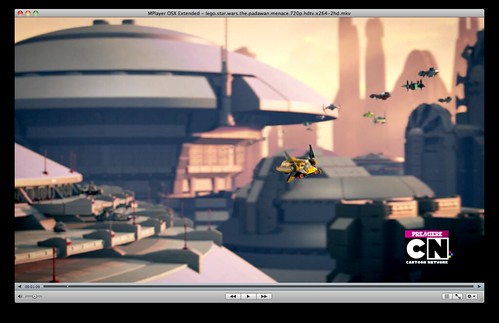 The visuals. The shallow depth of field in some of the scenes gave it a visual appeal that seemed a little too artistic for the subject matter. I was actually impressed at the effort. I have to tip my hat off to the director as I thoroughly enjoyed the way it was animated, from the slow motion sequence of Asajj Ventriss’s battle droid to the Rancor’s lumbering movement. 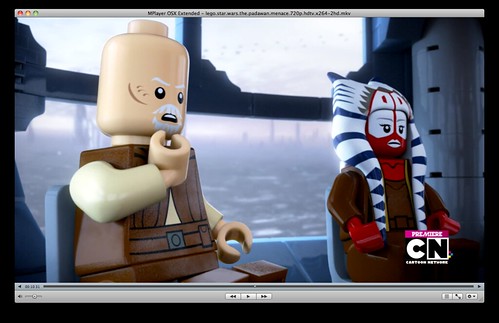 What I didn’t: Seeing some of the minifigures we’ll never get. I simultaneously both enjoyed and hated seeing the Jedi Council members in the short. I really wished we got minifigures of the members the way they were depicted in the cartoon versus what we actually get. It is highly unlikely that LEGO will bother doing another version of Shaak Ti or Ki-Adi Mundi so all I can do is keep wishing and try to ignore Ki-Adi’s ugliness. 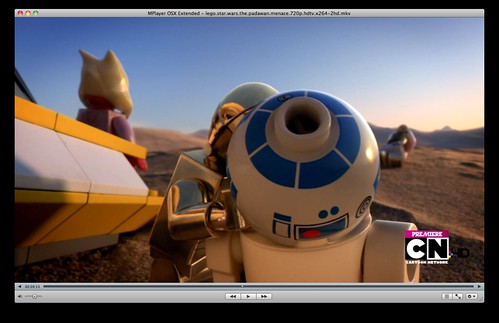 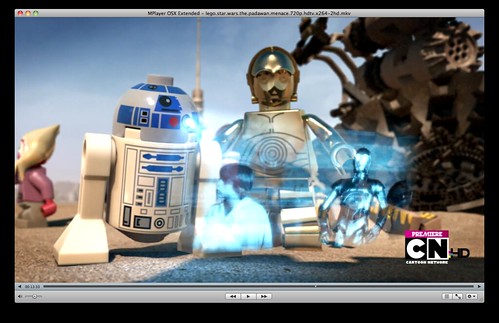 The absolute worst part of Padawan Menace was the Tatooine scene. When C-3PO, R2-D2 and the younglings are on Tatooine, they make their way to Mos Eisley to find a transport. Sound familiar? Before entering the Cantina, R2-D2 projects a clip from A New Hope where Luke enters with the droids and Wuher says they don’t serve their kind. I understand why the this scene was included, but it completely breaks the continuity of the storyline. They could have cut this scene entirely and the story would have still made sense. It’s not like people haven’t watched Star Wars before and wouldn’t remember the scene. But to play actual film footage? Give me a break. We don’t need to be spoon fed the plot devices in order to enjoy the story.

Verdict: Worth it. LEGO Star Wars: The Padawan Menace comes out on a Blu-ray/DVD combo pack this Friday September 16 and is a Walmart Exclusive. It’s only $13 bucks preorder and if you only got the cartoon on discs, its value might be questionable but LEGO did a good job including a bunch of extras to make it feel like you’re getting your money’s worth. Firstly, there’s an exclusive minifig of young Han. Even though the minifig doesn’t have any unique parts, it’s still a nice bonus. There are also few bonus movies included:

Star Wars in Two Minutes Part 1 is the second best thing on the disc.

SAN FRANCISCO, Calif. (September 12, 2011) â€“ After the Cartoon Network debut of their first-ever original television special, The LEGO Group and Lucasfilm will join forces once again to bring LEGO Star Wars: The Padawan Menace to Blu-ray Disc and DVD. Launching on September 16, the 22-minute original standalone special will feature the charm, action and irreverent humor that have become the signature style of LEGO Star Wars animation collaborations and will include five LEGO Star Wars shorts, as well as an exclusive, collectible minifigure.

Featuring situations, characters and locations from throughout the entire Star Wars Saga, the original adventure is written by Emmy Award winner Michael Price (The Simpsons) and produced by Oscar-winning Animal Logic, the production company behind Happy Feet.

To date, Star Wars is the first and most successful LEGO licensed product collection in the companyâ€™s history, generating more than 200 LEGO models and approximately 275 LEGO minifigures inspired by the Saga, which has also spurred a blockbuster collection of videogames, selling 25 million units to date worldwide. In addition to its popularity among younger fans, a significant portion of the LEGO Star Wars consumer fan base is made up of adult fans and franchise collectors.

A routine Jedi Academy field trip is turned into a rip-roaring comic adventure in LEGO Star Wars: The Padawan Menace. Tour guide Master Yoda leads a group of rambunctious Jedi Younglings through Senate chambers when he senses a disturbance in the Force. Summoned to help save the Republic, he discovers that one of the Younglings secretly boarded his shipâ€¦and has a taste for adventure! Meanwhile, C-3PO and R2-D2 are put in charge of the boisterous group and find themselves in over their heads. As the evil Sith prepare to wreak havoc, itâ€™s up to Yoda and the Droids to ensure that their young charges arenâ€™t torn to bricks!
# # #