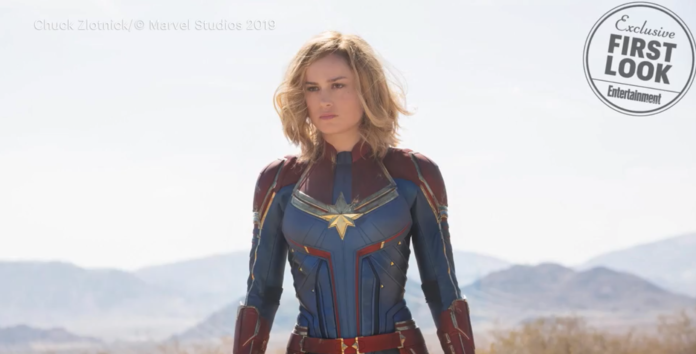 I’ve made no secret of the fact that Captain Marvel is my favorite superhero (and I’m still annoyed that Vans didn’t make her shoes in my size), so it should go without saying that I’m pretty excited for the upcoming movie. Thus far, Marvel had been kind of cagey about giving us details… the only picture we’d really seen was more based on Mar-vell than Carol as Captain Marvel.

That being said… EW released their cover image and a preview of an upcoming feature that will cover the movie and… yeah, that’s the definition of “nailing it” when it comes to costume design. This is the last stop before we get Avengers 4 next year… and I can’t wait.