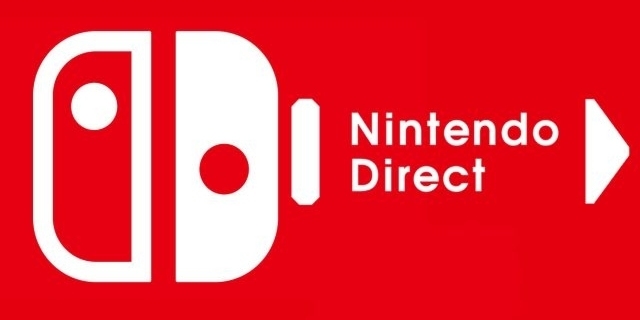 The Nintendo Direct that was delayed last week because of an earthquake in Japan happened yesterday, and brings with it a whole swath of stuff, including:

There’s a whole lot to unpack with this one… so strap in!

We always knew that the Switch was going to get an online service to go along with the console. We always knew it was going to cost something. However, let’s just say that more or less everything that Nintendo has told us about this service has been somewhere between meh and idiotic. I really like Nintendo, and I love my Nintendo Switch… but this is a spot where Nintendo really lags behindÂ everyone.

Let’s talk about what the console looks like right now: playing online with it is mostly garbage. The social features are worse than what the PS2 had when you had to buy the network adapter and headset as an accessory and play SoCom with a few dozen other people. For the record, that was released for the North America PS2 back inÂ 2002 (and I totally owned one). The gold standard for online play and communication is still the Xbox 360, which came out in 2005, so Nintendo has had more than a decade to figure it out and hasn’t bothered to.

Multiplayer has never been the big draw of most Nintendo systems overall… but multiplayer is the big draw of several of their marquee titles: Smash Bros, Mario Kart, Splatoon to name a few (not to mention Tennis Aces, the “can we forget this was made” Arms, and “no, we really want to forget this” 1-2 Switch). After the 17th, when the service comes out, you’ll have to pay to play any of them multiplayer. Having to pay isn’t terrible, online servers cost money, and PSN and Xbox Live have been doing it for awhile.

Changing the model of existing games after the fact is crappy, though. The price isn’t awful for the service… a year costs $20 or $35 (individual or family plan – or considerably more per month at $4). But what it’s offering… online play that used to be free, old NES games that have been sold to us multiple times (and are being pushed instead of the Virtual Console we’ve enjoyed for several systems), and, worst of all, Cloud Saves. How saves are treated on the Switch is idiotic, being locked to the console (break you’re screen? Kiss your 90 hours of Breath of the Wild goodbye!), and cloud saves fix that feature. It’s something that the other consoles have always had for a couple of generations now, and something that a company like Steam figured out more than a decade ago. Worse still… if you cancel your Nintendo Switch Online account, kiss your cloud saves goodbye. If I ever get to talk to Reggie in person, this will be my rant of choice.

We’ll have to see how it goes… right now, we’re basically forced to get this for most of the games, so Nintendo doesn’t have a reason to make it better. But I don’t think consumers are going to cool down over this one and it will continue to be a point of contention. 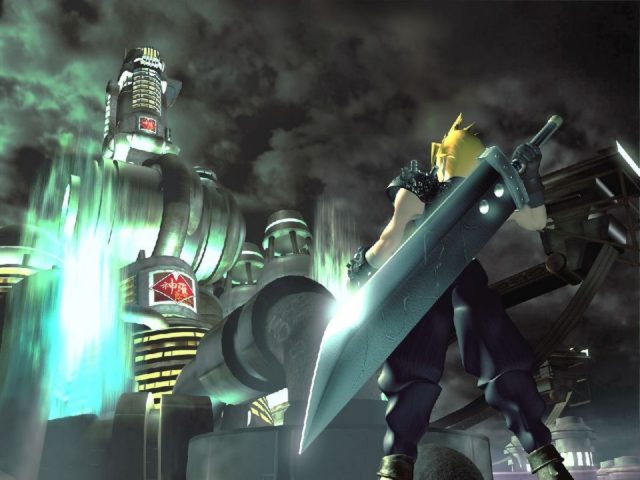 At some point, we’re going to have to hold Square accountable for abusing the name “Final Fantasy.” How many of these can there be before we realize they’re not final? The excuse used to be that each story was a “self contained” epic, so it was fantasy… but that sort of went out the door with IV (II on the SNES, though we didn’t get the After Years release until a few decades later). And XIII took it to rather ridiculous heights, with not just one follow-up but two. I’ll be honest, the last FF game I played in any depth was XIV, and that’s an MMO… before that probably X (I tried XII when it came out, but it was hot garbage piled on dog poo and left in the sun).

What does all this matter? At today’s Nintendo Direct, they announced that a whole swath of classic (and in the case of 12, not so classic) titles are coming to the Switch in 2019: Final Fantasy VII, IX, X and X|2 remaster, and XII: The Zodiac Age (also a remaster). I’ve purchased most of these games multiple times already on multiple platforms… and I’m going to do it again just to have them in handheld on my Switch. I wish that they were including the more classic titles like the original 6 (1 and 2 have only seen iOS and GBA re-release. We know they’re already tuned for handheld, so gimmie already). 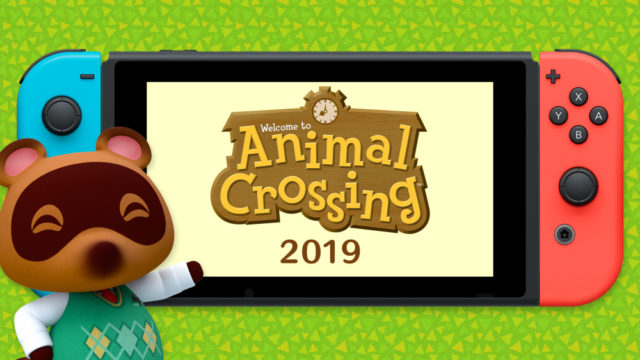 We always knew that Animal Crossing was going to make the jump to Switch, and it looks like we’ll get it in 2019. I don’t have much to say about the game, as I’ve never played one, but they are cute. I do own a bunch of amiibo from it, mostly because I got them for 90% off at Target a few months ago, but would be hard pressed to name any of them.

The real big news with this is less about Animal Crossing, more that a character from it is making it’s way to Super Smash Bros Ultimate. For those keeping track at home, her introduction brings the roster up to something around 93,874 characters, which is going to make “random” selections truly amazing. Okay, it’s actually somewhere around 70, but it seems like there are still more coming… not to mention the re-release of every amiibo ever in the Smash line coming up as well. This game is not going to be kind to my wallet at all.

A couple of interesting third-party games are coming to the Switch as well, which hit a couple of genres that have been woefully underrepresented on Nintendo platforms specifically, and consoles in general: Cities Skylines and Civilization 6. Cities Skylines is basically SimCity, except not ruined and destroyed like EA has done to SimCity. I’ve played it a few times on Steam, and it’s fun, but I don’t know what the Nintendo version will be like without mods.

Civ 6 is a more interesting title to me, because I just love the Civ games. I honestly haven’t played as much of 6 as I have of 5 (wow, 395.2 hours of my life…), but I have played it a bit. That sort of game seems to be made to perfectly fit in the handheld world, and the turn-based nature should be cool for pick-up/put-down play that the Switch excels at. 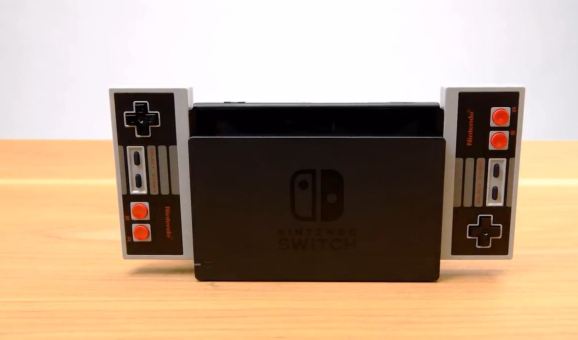 The weirdest announcement in the mix is the introduction of NES controllers for use on the NES classic games. They don’t actually function as Joycons, but can charge in the slots for them, and can’t be used on any games other than the NES stuff. The biggest downside? They’re going to cost $60, they’re exclusive to Nintendo.com, and you have to purchase the online service to even order them. See my rant above for the problems with the online service, but gating hardware like this behind it is a new level of dumb. I mean, I get it, those games are only available if you’re a paying customer, but it’s still bad to restrict a product to a service like that.

The Switch gets some knocks (and some love) for being a system that’s full of all kinds of ports and re-releases. On one hand, that’s true, the system is just lousy with them. On the other hand… so what? There’s a big differentiator here than when we see remasters on PCs or remakes between generations on the PlayStation and Xbox… these games are reinventing themselves for new mode and access. When it comes to WiiU games, that whole generation was skipped by most gamers. More than that… the Switch gives access to handheld play on games few people played. Now if they start doing Breath of the Wild HD or things like that, it will be a different story, but for now, it’s been working for the Switch.

Nintendo has also been really good about using those remakes to bridge the gap between original releases, which is what we’re probably going to get with Yoshi’s Crafted World, a successor of sorts to the underrated Yoshi’s Wolly World. The gameplay looks just lovely, and will play up to the local co-op strengths of the Switch.

I’m pretty excited about seeing New Super Mario Bros U Deluxe, as I didn’t play those games on the Wii or the WiiU. They looked like fun, and I bet my daughter will love to play it with me (me playing with her remains to be seen… playing with a six year old is the real hardest difficulty mode in any game). I’ve never played one of the Luigi’s mansion games, but I know there’s a big group of people who just love that series, and glad to see it going into the wider audience that the Switch provides.

I own a New 3DS XL, but I haven’t really played it since I got a Switch. I mean, I didn’t play that much before that… it was mostly a Pokemon station for me and my daughter. Still, it seemed like the Switch, with it’s absolutely fantastic handheld mode, signed the death notice for the 3DS.

Nintendo has always denied that, and to be fair, their behavior sort of backs it up as well, with several releases still hitting the platform. They announced two games, Kirby’s Extra Epic Yarn and Bowser’s Inside Story, both which are remakes of older games (on the Wii and DS, respectively)… but are getting pretty substantial facelifts by the look of it. Should be interesting, but not sure I’ll be picking either up.