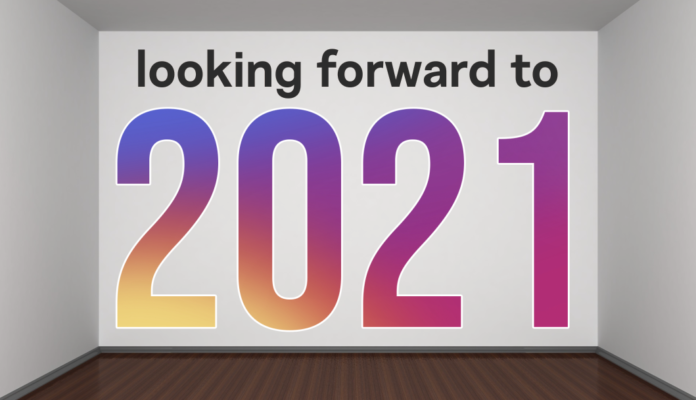 If there’s anything that everyone here is looking forward to, it’s got to be a vaccine and maybe, just maybe, the world getting back to normal. That being said, we’re only a few days into 2021 and we’ve already gotten Bean Dad, an attempted coup in the United States, and a multiple numbers of record deaths… so perhaps those hopes are in vain. It hasn’t even been a week yet, you don’t need to spend so much time telling last year to hold your beer, 2021!

Still, there’s plenty of stuff to look forward to. From Marvel streaming on Disney+ to video games finally showing up on the next generation consoles, there’s stuff coming in 2021 even if it’s hard to remember in the day-to-day. It’s still early, and it’s already been a long year, but hey, we need something to look forward to, right?

I remember a couple of things I was looking forward to last year: getting a PlayStation 5, Metroid Prime 4, and Wonder Woman 1984. Well, I got my PS5 and burned through the only launch title I wanted to play (Miles Morales) in short order. I might pick up Demon’s Souls but other than that, the number of available PS5 games that is pretty low so it’s good time for me to work on my backlog. I don’t have anything on pre-order so this may be the year. As far as Metroid Prime 4, I didn’t expect the game to launch but wanted at least some kind of news or trailer or something, ANYTHING really. I’m chomping at the bit for that one. There’s a rumor that Metroid Prime 1-3 would be released as an HD collection for the Switch. I would love for that to be true. And Wonder Woman was… less than stellar.

Looking forward to 2021, let’s see here… as far as video games go, I guess I’d still welcome anything Metroid-related. That may just be something that will permanently reside on this sort of list. Returnal on PS5 is coming out near my birthday. Stray is from a studio that I am paying more attention to (Annapurna Interactive). Gran Turismo 7 for PS5 will get me back into that series again. I’m sure there are going to be other games sprinkled about here and there, but those are what immediately come to mind.

Movies are no longer a regular activity for me. It’s just not the same now, you know. They used to be an event, something to put on the calendar, maybe meet up with some friends to go see, you know, something to plan. But now, it’s taken the same role as a streaming tv service. I just kind of get around to it whenever I can. It’s just not the same anymore. I know there are some high profile, big blockbuster movies slated for 2021, but it just doesn’t hold the same draw for me. Matrix 4 might be the only one I half pay attention to when it becomes available.

For TV, I’m hoping Stranger Things will be on the schedule for this year but wouldn’t be surprised in the least if it’s been delayed. The Book of Boba Fett looks promising. Actually, Star Wars Media in general looks pretty promising. My interest in the Star Wars universe has definitely turned around and is on the rise because of The Mandalorian show. God bless Favreau and Filoni. I may even read one of the new High Republic books or play Fallen Jedi. 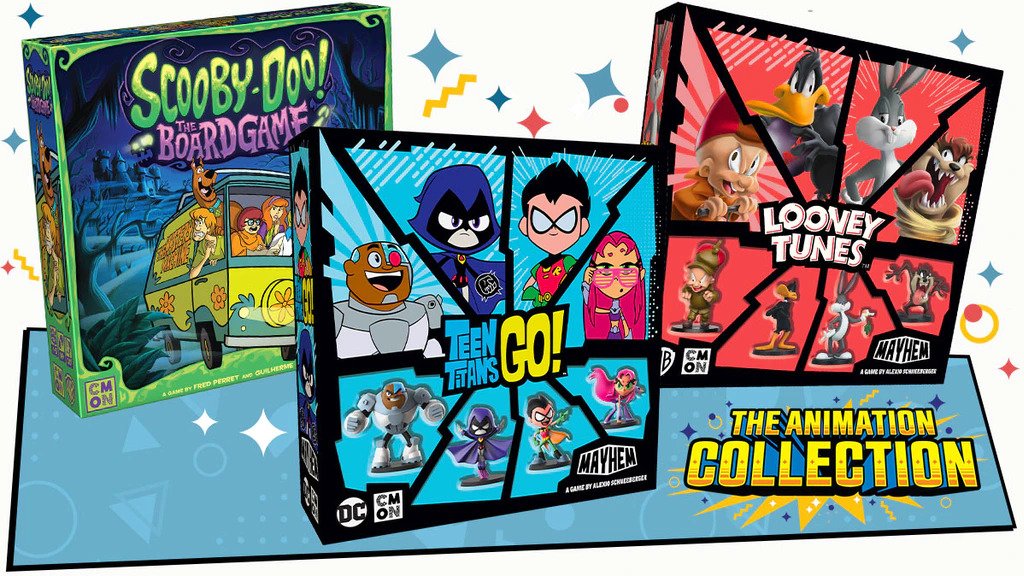 There are some board games I supported on Kickstarter that will be coming out this year assuming there are no further delays: Frosthaven which I mentioned in the previous post, Terraforming Mars Big Box set, and Sleeping Gods by Ryan Laukat. And in the past few days since I started my portion of this post to now, Nick showed me this: The Animation Collection from CMON on Kickstarter. I wholly blame him for my bank account dipping a little lower. The other thing I’m looking forward to is playing more board games with the family.

As far as LEGO, I tend to stay away from rumors, and this weird place I’m in with the hobby doesn’t seem to be changing. I’ve made a pledge this year though to see if I can find that spark again. We’ll see how that goes.

I love the way Ace described movies above: something to get around to. In my endless struggle to remove the anxiety of choice from my life, I’ve created something much, much worse.

The List. 311 movies and counting. I’ve had this list since 2017 and it’s grown by 10 movies every month or so. So for 2021, I’m not looking forward to any new movies. I don’t think I physically can. I need to make up some serious ground on this list, or I will drown in a vat of unseen movies.

Video games, though, are free reign. That backlog will keep getting bigger.

Elden. Ring. From. Software. I will play any game these guys make without question. This one’s supposed to be open world, with lore by George R. R. Martin, and while both of those sound like buzzwords from 2015, I trust From Software to deliver a unique and fast paced experience.

Hitman 3 will literally be more of the same, and that’s not a bad thing. Six more extremely detailed levels with tons of choice in how to complete a mission. I’m still waiting to see any Hitman level beat the thrill of the Paris fashion show mission, and if there were ever a time, it would be at the conclusion of the trilogy.

Now, if someone could tell me why IOI went with Roman numerals for this one when Hitman 2 used English numerals.

Deathloop, like Hitman, is my favorite type of game. You’re given a mission, and you complete it however you see fit. In this case, you have to figure out how to murder eight people before the day resets. It’s like Metal Gear Solid V and The Outer Wilds (two of my favorite games) combined. Oh, and you’re being hunted by an assassin.

I have mixed feelings towards Arkane Studios’ games. I loved Prey, and while I like Dishonored in concept, I don’t think stealth works particularly well in first person. Still, with a gameplay loop as solid as Deathloop, I have little doubt this game’s gonna be great.

It took me so long to get confident enough to play Resident Evil 7. I kept hearing how scary it was. But I played it, and in retrospect I should have had more faith in Capcom. Resident Evil has gone through so many weird tonal changes, but now that it’s back in its stride with RE7, RE2R, and RE3R, I’m all in for more Resident Evil.

I just hope Jill or Claire show up. I’m sick of Chris.

The only Kickstarter I ever funded, I’ve been keeping an eye on Little Devil Inside for the better part of a decade. I’m so happy to see it shown off for PS5. I’m still not 100% sure what the game itself is about, but the visual comedy and art style are extremely eye-catching. It looks so interesting that I’m getting this on day one.

I like Left 4 Dead. I like World War Z. It’s more of the same. I can’t wait to dip into this with my friends.

So here’s hoping there won’t beÂ another pandemic that will delay a bunch of games.

What’s it count for when most of the things I was looking forward to last year didn’t actually come out? Hellblade II: Seluna’s Saga wasn’t a launch title, as I’d originally guessed, and they’ve been really cagey about giving a release date or any sort of sizable preview… so who knows. There’s the next Halo, which got delayed to this year, but I’ve never been a big Halo player. It’s a fine series, but not something I’d buy a console for (I’m in the minority for that, though).

Maybe I’ll be able to get a PlayStation 5 at some point this year, and actually play a few of the upcoming games. I haven’t gotten around to Miles Morales yet, and there’s the upcoming Horizon 2 and a new God of War title (though I’ll be shocked if that actually shows up), as well as the now Microsoft-owned PS5 exclusive Deathloop. Everwild is supposedly targeted for this year, but there’s been little to show up.

Honestly, though, the only game I’m sort of excited to get this year is, bizarrely, a Bioware and EA title…

I mean, yeah, EA sucks. And I’ve played all of these games dozens of times… they are some of my favorite games of all time. It remains to be seen if they’ll be making updates and tweaks, or just uprezzing (here’s hoping for some retconning of that ending). At a minimum, hopefully they level out the control scheme between the games, similar to what Naughty Dog did with their Uncharted remaster.

For TV, it’s going to be a Marvel sort of year. WandaVision kicks off the year in a week, followed by Falcon and the Winter Soldier in March and Loki in May, and likely several more shows after that.

There may be a billion Star Wars projects in development, but none are scheduled to be on the service until December at the earliest as of right now (Bad Batch may show up sooner, but they’ve not announced a date other than “2021” for it). Of course, there are a lot of other media for Star Wars, with comics and the new High Republic books. I picked up Light of the Jedi last night, and started reading it, and may come around for a little book review on it to talk about the new property.

With boardgames… is it weird that I’ve already paid for most of the board games I’m really excited for this year. I backed a few on Kickstarter last year that are scheduled for release in 2021… CMON’s Massive Darkness 2 (which will also come with some optional Zombicide tie-ins) and Resident Evil 3 come to mind. Both of them were for the minis more than the game, but still should be fun to play as well.

For LEGO… I got nothing. I’ve made no secret that LEGO just doesn’t excite me all that much anymore, and I don’t pay that close of attention to upcoming releases unless I have to post them. If I was going to pick something that I may buy, it’s already come out… the botanical sets that were part of the start of the year.

I’m looking forward to 2021 surprising me, and hopefully starting to do it with something other than horror. There’s hope the pandemic will end, hope that maybe Canada will finally annex the US and help us get things in order, and hope that there will be plenty of good shows to stream between now and the zombie apocalypse that’s scheduled for October.