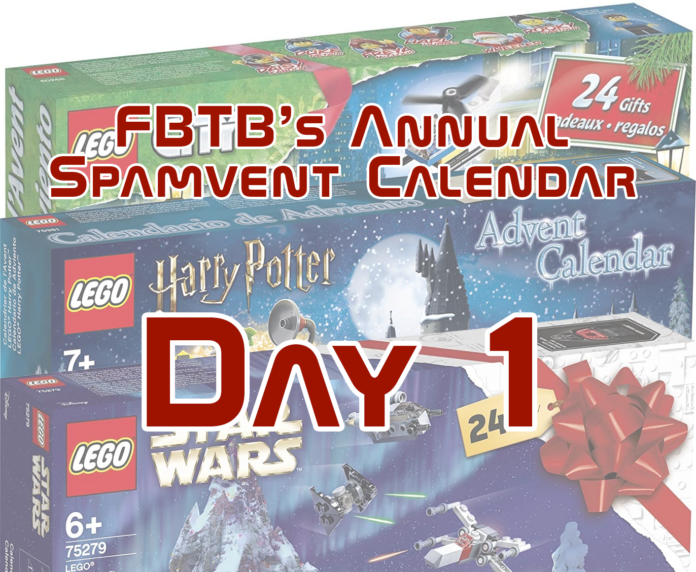 Well, here we are. Another year, another series of posts that every other LEGO blog site is probably doing. But what we have that they don’t is years and years of old man disgruntledness and endless heaps of cynicism. How a young, strapping, college grad like Eric got mixed in with the likes of me and Nick is beyond me. That will be a question for the ages. And so with that, let’s get to it. 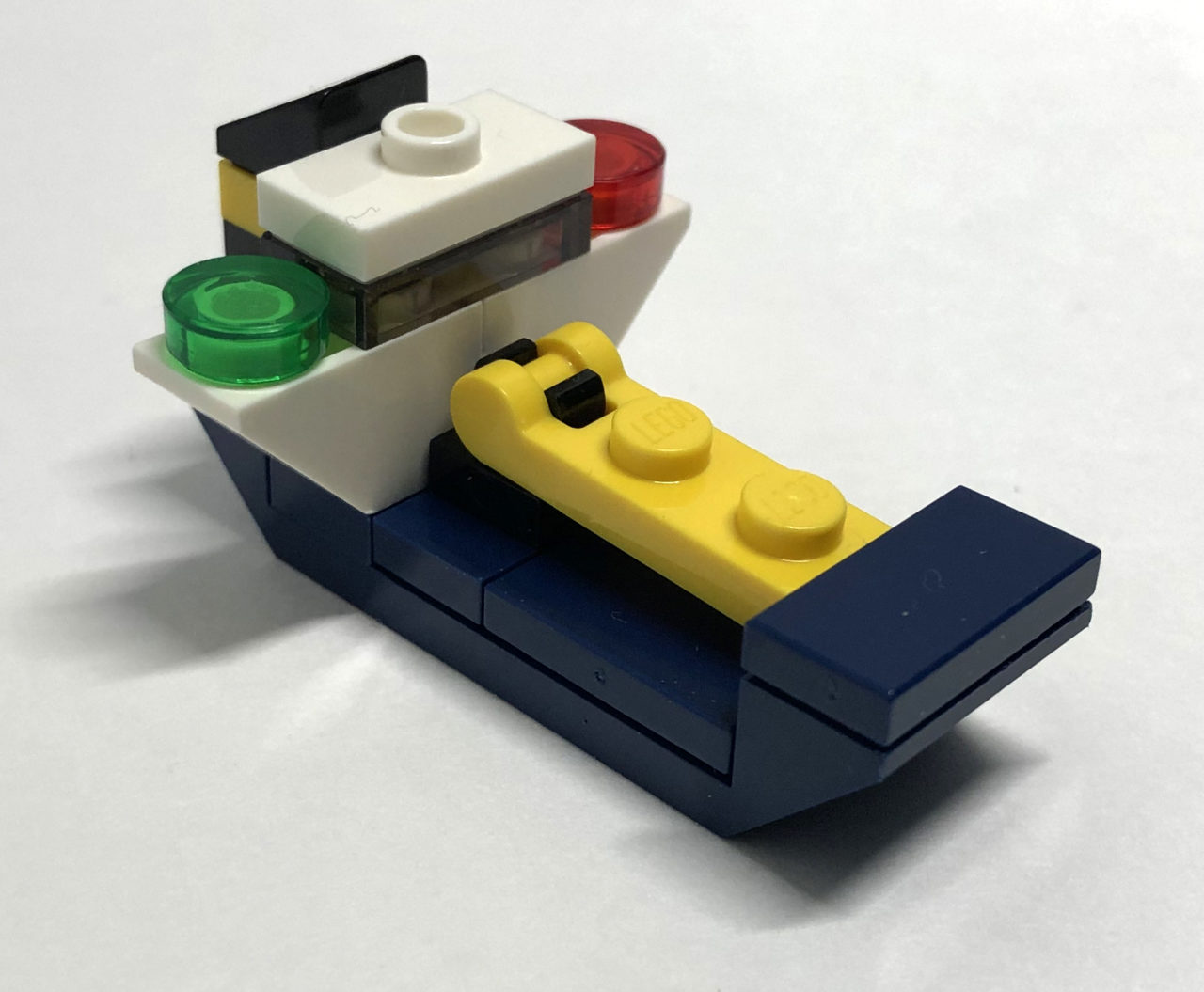 Day One brings us… a cargo ship. It’s an interesting little build, and not really what I was expecting. Not going to lie, I didn’t look up any of the builds before I started. I didn’t even really check out the box until I was halfway through the builds and trying to figure out what was going on with them. I really like it, and it works nice as a “toy” to go with a minifig, or just a nifty micro build.

Still, first impressions of these, after having built a lot of advent calendars, is that it’s coming out fairly strong, and there are more parts than I’m used to with them. The box lists 342 parts, total, which is more than a hundred more than we got last year. The calendar has also consistently been on sale since it came out, so I was able to nab it for quite a bit below retail…

It’s been a hell of a year for the Harry Potter franchise. J.K. Rowling is still trying to cling onto relevancy via transphobia of all things, Fantastic Beasts 3 is casting Mads Mikkleson as the third iteration of Grindlewald like some sort of super-sonic speed Doctor Who, and apparently Ultra Beauty has makeup based on the Houses.

Meanwhile Screenrant is posting Top 10s about Harry Potter stuff, which, who cares? Although, if FBTB had a daily quota of articles, I’d probably be on my fourth or fifth list of “Top 10 Favorite Moments of Dark Souls”.

If there ever were a perfect example of “let a good thing die”, I kinda wish it was Harry Potter.

Anyway, let’s zoom back to the simpler time (though probably worse for transpeople, admittedly) of the year 2000 / 2005, when the Goblet of Fire book / movie, respectively, were published.

Because 2020’s Advent Calendar, more than last year’s kinda general Christmas theme, has a throughline. The Yule Ball! The mid-Triwizard Tournament boasting a lineup of the Weird Sisters, and spotlighting the four contestants in all their teenage angst.

So let’s start with Day 1, and, big surprise… 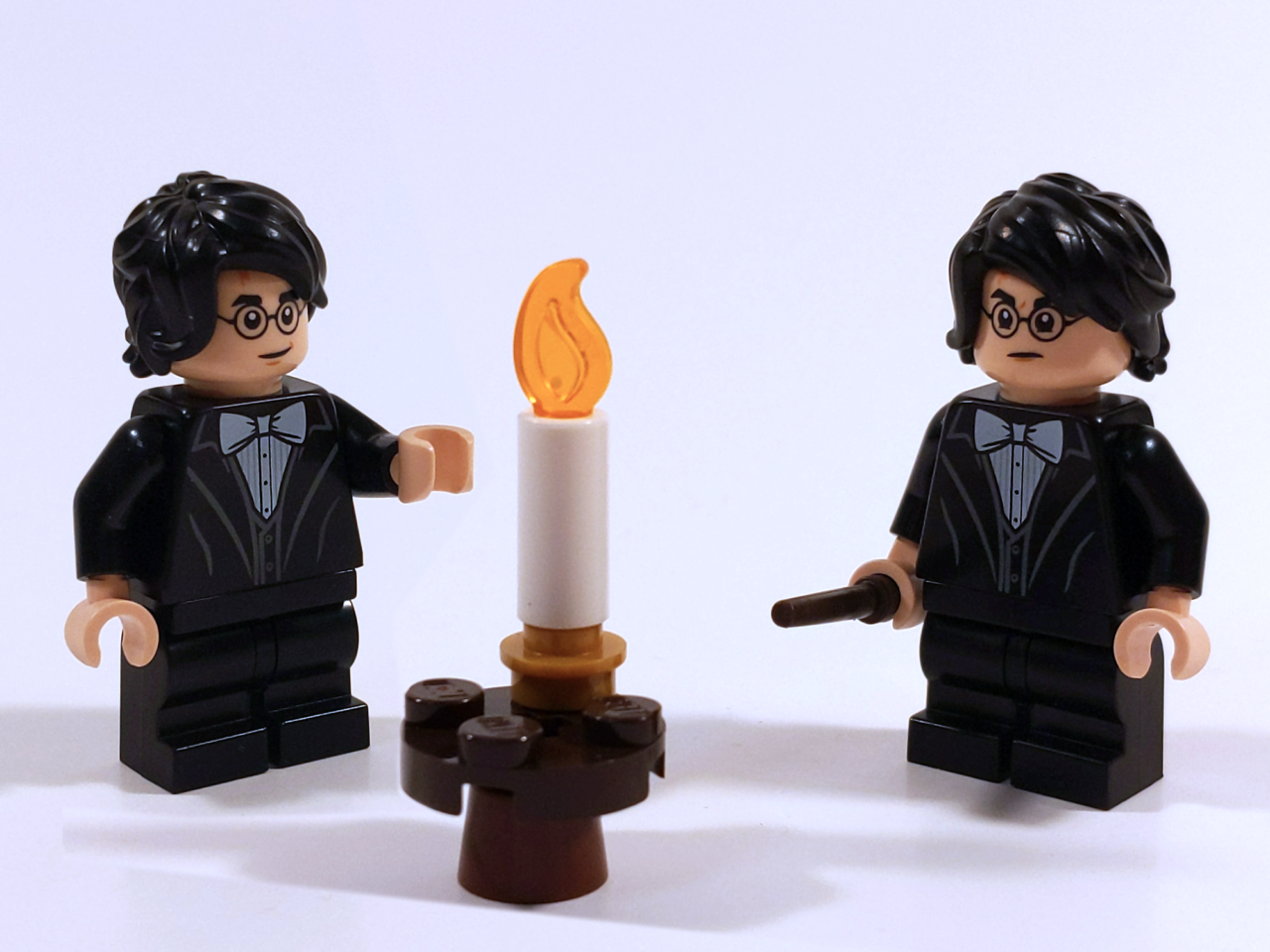 I mean, yeah, it’s Harry Potter. Not a huge revelation. Although, it does feature the very good teenage legs, and the really shaggy long hair that all the males had in the movie for some reason. And Harry’s pissy face is a wonder to behold.

[ace’s note] pretty sure there’s only one HP minifig in the day, and that Eric is photoshopping two shots together.

I was on a streak with my A-wing reviews and much to my surprise, Day 1 of the Star Wars calendar is a micro scale A-wing. And this thing is just BOSS: 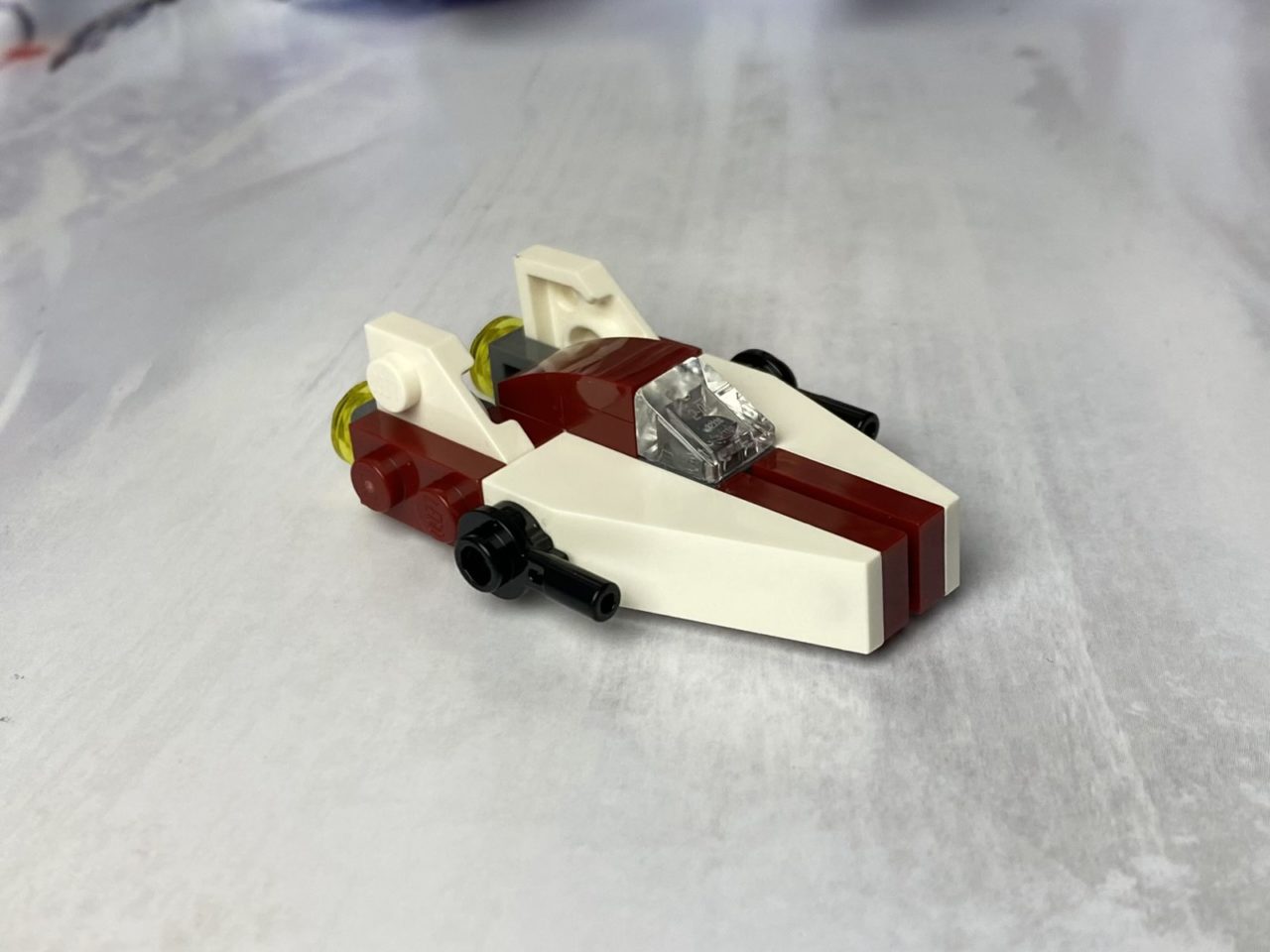 Why? Because it’s an A-wing, duh, and it’s got that holy grail feature that no regular scale A-wing has managed to achieve just yet: the notch. It’s a small notch but it’s there, and not faked in with a sticker. It uses a SNOT approach to create that gap, maybe something the designers can consider in their inevitable redesign/re-release of a future A-wing. Anyways, Day 1? Love it! Star Wars is off to a great start so far.