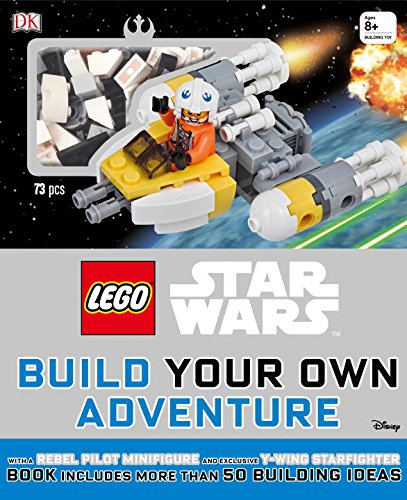 If you’re a fan of the microfighter sets, then you should probably go pre-order this book right now. LEGO Star Wars: Build Your Own Adventure is the only way you’ll be able to get an official microfighter Y-wing Starfighter. It’s exclusive to the book, assuming the cover is telling the truth. There’s no indication that the minifigure pilot is unique though so anybody’s guess is as good as mine.

LEGO Star Wars: Build Your Own Adventure is available for pre-order right now from Amazon. The current price as of this writing is $18.74 with Amazon’s Pre-order Price Guarantee. The book will be released/delivered to your front door on August 2, 2016.